Its been a while since we've been able to get out to the mountains and decide to do the four other Munro's of Lochnagar as we did Cac Carn Beag back in 09. 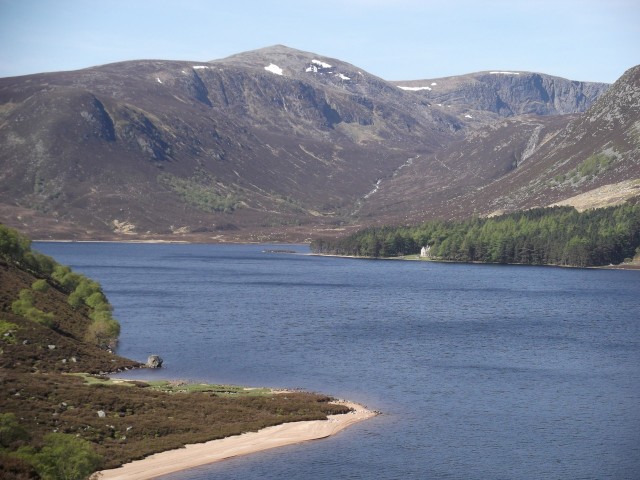 , the weather was perfect and we planned to set base camp somewhere around Broad Cairn and chill for the rest of the day and head out to do the summits on Sunday. Although the tempertures were high through the day they dropped to -3.5c through the night. We set off early Sunday morning, the weather was perfect with clear blue skies but a fair amount of haze in the atmosphere. There is a farm hut/shed named Sandy's Seat just before and to the left of Broad Cairn . It's a straight forward walk up to the summit of broad Cairn with some fantastic views 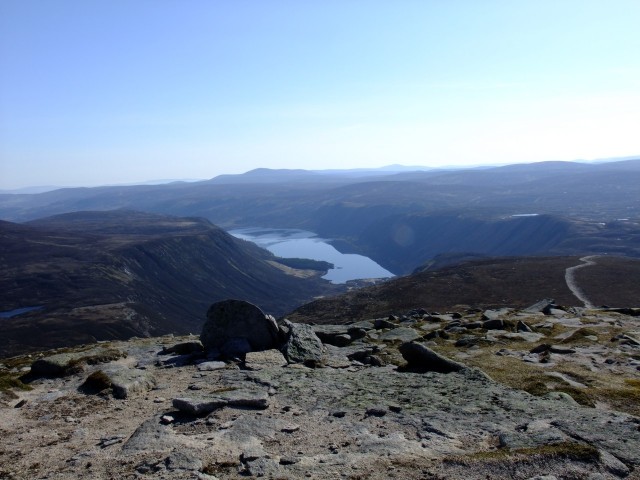 . We stopped to take some pics and headed down and over to Cairn Bannock . The walking was easy and we had a beautiful day for it and again stopped to take lots of pics. The views were just amazing we could see Bennachie (Oxen Craig) and the Mither Tap away back easterly in Aberdeenshire and Ben Nevis & CMD to the south and the Whole of the Cairngorms Range, it was just breath taking but the haze was not so good for our pics but we still got some crackers. We Desended Cairn Bannock and headed over to our 3rd Munro of the day Carn an t-Sagairt Mor . From this summit you can see the Whole Cairngorms Mountain range and it just amazing. We then desended and came across some plane wreckage , took a few pics and continued over to number four. We took a break when we reached the summit of Carn a' Choire Bhoidheach , the weather was good but it was quite hot but with a breeze on the summits which helped to keep us cool. We had planned on returning to base camp going in reverse of our outward route but after some discussion with my Bud we decided to head down towards Dubh Loch is a hidden gem as it is not shown on any maps we have. We walked past the gullies of Creag an Dubh-loch and past the lock and then turned right, crossed
Allt an Dubh-loch burn and headed up over the rough ground of Little Craig and over on to the path again and back to base camp where we had a rest, food and packed our gear away and headed back to Glenmuick carpack and home. All in all a fantastic time out and another four Munros to our list. In some ways we had wished we had nip over and done Cac Carn Beag but we would not have went down past Dubh Loch which would have been a pitty.

Great report scotshiker and fantastic pics, brought back memories of my trip to Braod Cairn in March this year when the weather was as good but the approach to 'sandy's seat' was a lot different 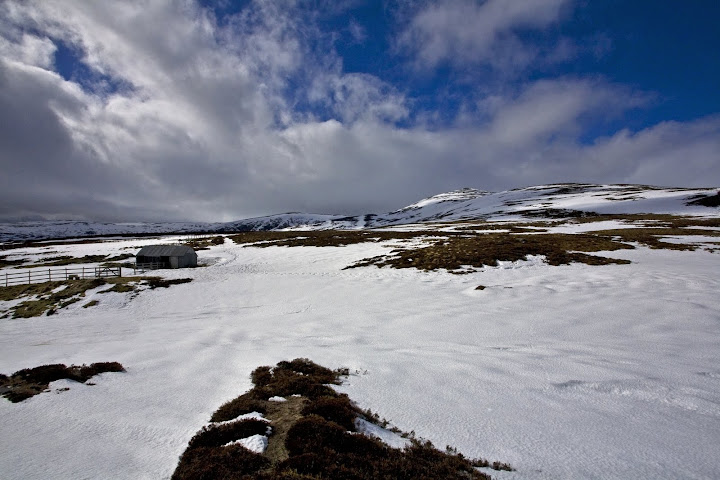 It was a great day to be out on those hills wasn't it? We did the whole round of 5 and I have a feeling we might have bumped into you on the top of Carn a' Choire Boidheach.

Great report; great photos too; this wee round is on my list for this year... Looking forward to it all the more now...