A Liberal dose of hard Labour on Innerdouny Hill

A Liberal dose of hard Labour on Innerdouny Hill


Friday afternoon and with my usual Friday afternoon classes now being absent on exam leave, I had a free couple of hours to get some marking done. Ah well, actually, for marking read head to the hills. Just a little 'un though. Kind of a warm up for the big day with Mr K. Bald on Thursday when I join him to tackle the Ring of Steall and a few outliers. I hadn't been out (well I had, I'm not under house arrest or anything, but you know what I mean!

) for almost a month since finally clocking up the Ton of Munros near Drumochter, and with Kev likely to be a finely tuned Munro bagging machine by next Thursday, I was facing the real and unpleasant prospect of dying on my feet before I was even half way up An Gearanach. Better get a swift training exercise in.

). Of course in real life, the SNP stole the show with Labour self-destructing and imploding in a fog of negativity and mediocrity, the Tories confirming yet again what does not need any more confirming, and the Lib-Dems taking a severe punishment for the unsavoury company they've been keeping recently at Westminster. And then there was the Pensioners - still don't know what went wrong there......

Anyway, I decided to head to a suitable location featuring green and rolling hills, that was probably at this very minute being earmarked by Mr Salmond and his mob for a potential wind farm site - yes, I've stayed out of that particular debate on the General forum but could resist no longer! - or a golf course with luxury housing development at the behest of some sleazy reptile of a foreign property tycoon..... So I headed out of school and onto the back road towards Forteviot and Dunning, my destination being the Sub2K Marilyn Innerdouny Hill. I had spied it from neighbouring Lendrick Hill when I was up there about this time last year but hadn't had the time to include it that day. It fitted the bill perfectly today - I could be away from school, get the hill done and still be home for the usual home from work time.

As I rounded a bend in the road between Dunning and Yetts o' Muckhart, there was the parking area that the map had said would be there, right where it should have been. I parked up, quickly gathered a few bits together and scanned my surroundings. Trees all around and no obvious route in. I took a look at the map again. If I drove on a short distance I would pick up a track leading through the forest and up onto the hill, but there was no indication of what the parking situation would be like at the junction of track and road. Further investigation of the parking area (Littlerig, according to the Forestry Commission board at the entrance) revealed a path leading into the trees from the far left hand corner. This wasn't the direction I wanted to be heading but I thought I'd give it a go and see what transpired. I was encouraged by the presence of footprints in the mud and a short distance in, a couple of beer cans and some food packaging indicated that some primitive life forms had indeed come this way at some point in the not too distant past.

The "path" did seem to be steadily curving round to my right, which was what I wanted to be happening and although it quickly deteriorated and the trees closed in, I could see that there was open ground maybe a couple of hundred yards or so beyond the trees to my right hand side. At a suitable point, I headed into the tress and made for the daylight ahead, emerging after a few minutes of hard going onto a track and a landscape beyond that looked part logging operation, part post-nuclear holocaust world.

I could now see the summit of Innerdouny Hill across the wasteland of tree stumps and broken branches, with the trig point standing out against the horizon. I could also see the obvious line of a track against the trees away across the open ground. I guessed I could follow the track to my right, and according to the map it would reach a junction where a left turn would take me where I wanted to go. However, I opted for the direct approach across the devastation - it wasn't nearly as bad as it looked but I was still fair puffed out by the time I stumbled onto the track at the other side. There were now pleasant open views across to the main section of the Ochils with a number of wind farms standing out on their slopes and summits! Actually, I have to admit that they didn't really spoil the view to any great extent, but I think we are looking at the thin end of the wedge here so to speak, and I do have real concerns about exactly how big a role Mr Salmond envisages them playing in Scotland's Renewables Future. And as for Trump and that golf course.......

Now it was just a case of following the track which curved and rose (with the odd irritating little section of descent and reascent thrown in for good measure) up to an open section of high moorland, from where I followed the tree line and an old broken down fence up onto the small, rather pointed summit.

From the summit it was pretty clear that the hill was well ringed by forestry and although there appeared to be the odd chink in the defences, I really didn't fancy getting myself too far into one of them only to find it going nowhere fast. Discretion would be the better part of valour and so I retraced my steps, at least until the junction in the track, where a left turn led me eventually back down onto the road to a parking area called ........ Littlerig. Had the sleep deprivation situation not improved somewhat over the last couple of weeks, I might have had another doddery moment and believed my car had been stolen (but then again I'd have realised that nobody would be that desperate

). This "Littlerig" was not indicated on the OS. Have the OS and Forestry Commission joined forces in an evil plot to confuse and bamboozle poor innocent hill walkers by giving different parking areas the same name and not showing them on the map???? Come on guys - I don't need any more reasons to be befuddled these days. Give me a break. And bring on the Ring of Steall and Co. 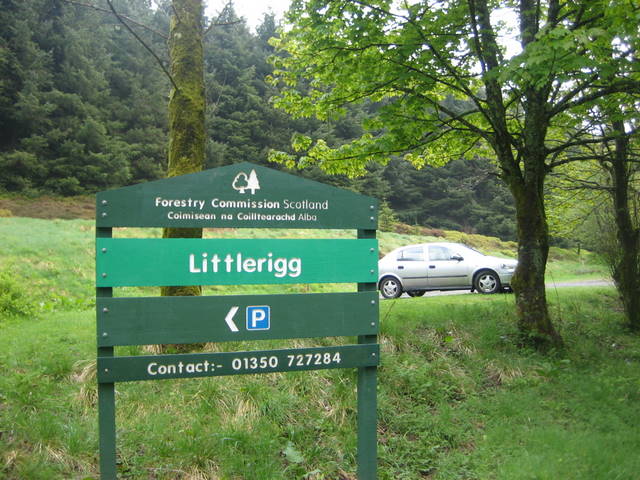 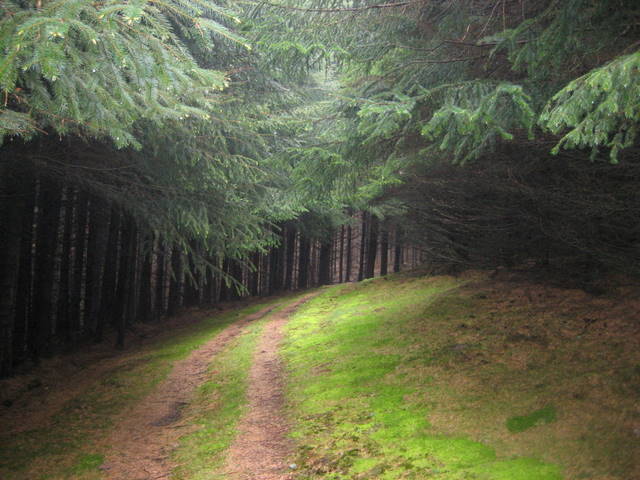 Does this go anywhere? 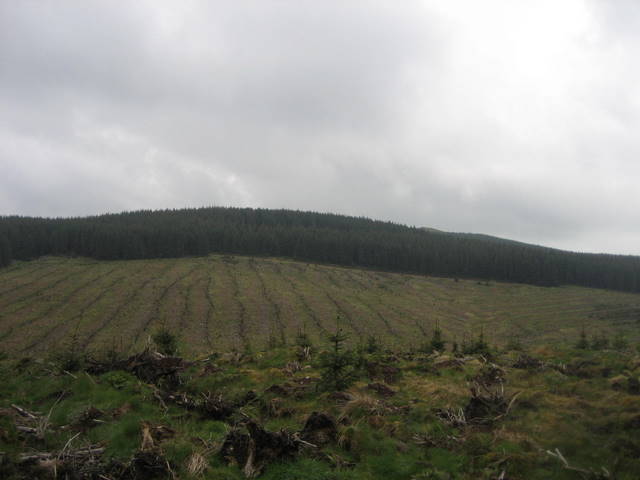 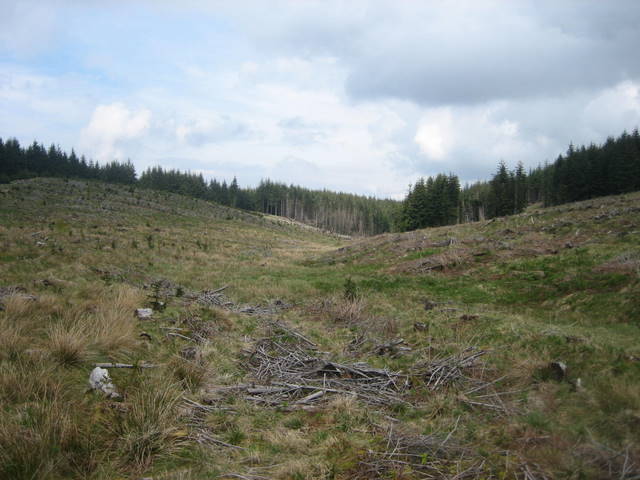 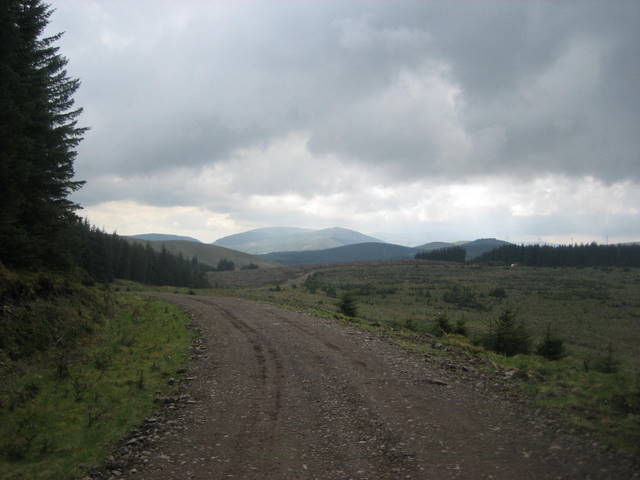 Back to the main Ochil summits 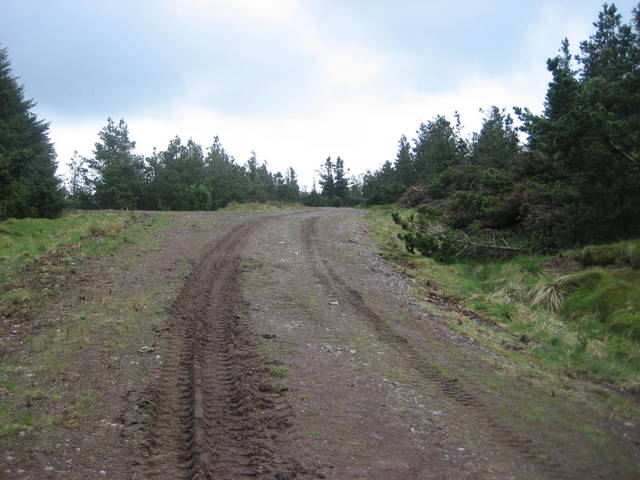 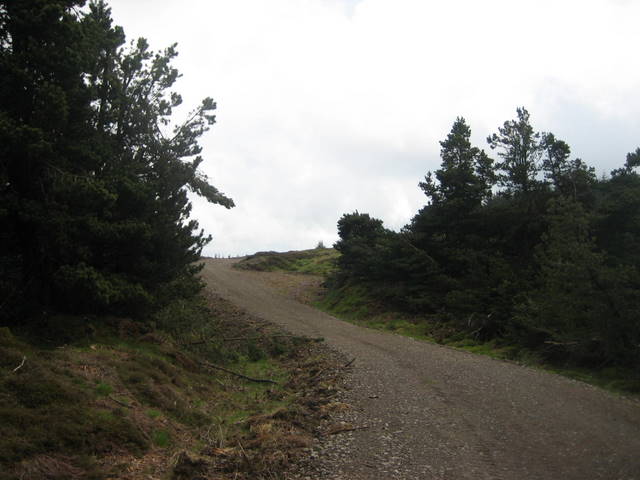 Thinning out on top - I know how it feels! 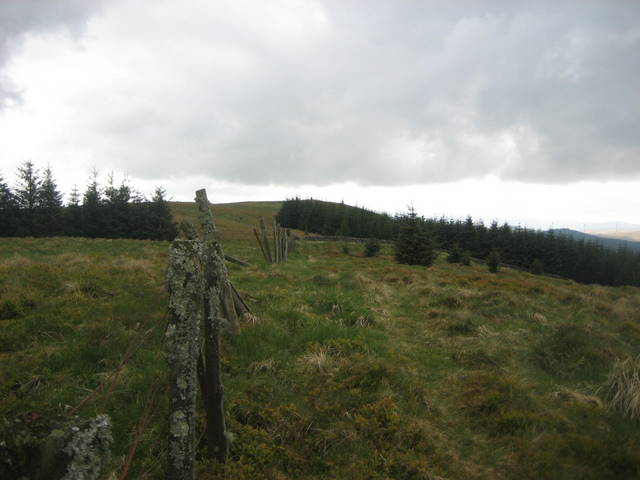 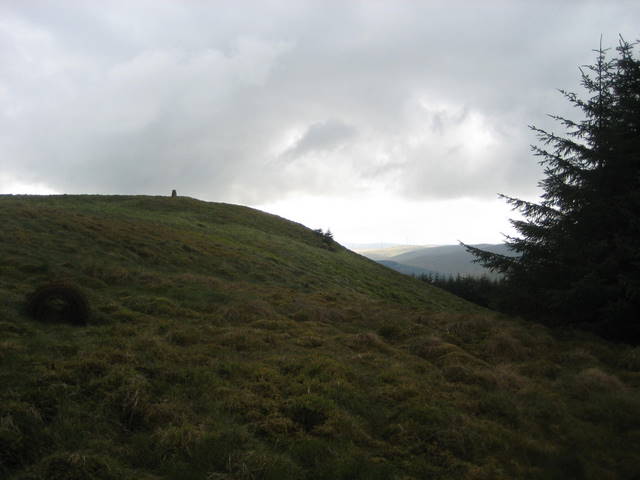 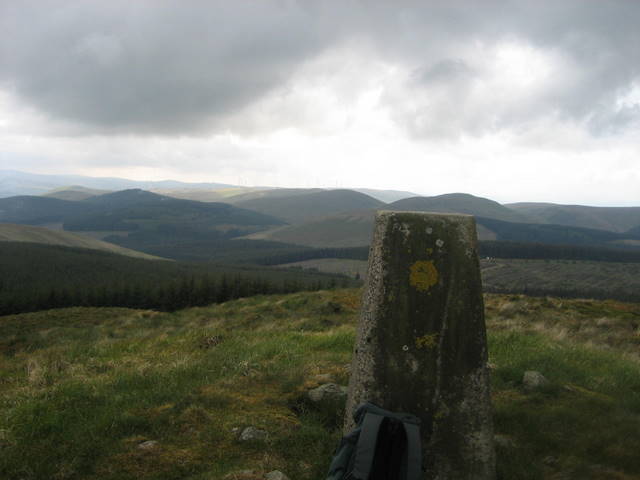 Dark clouds gathering over the Ochils....... 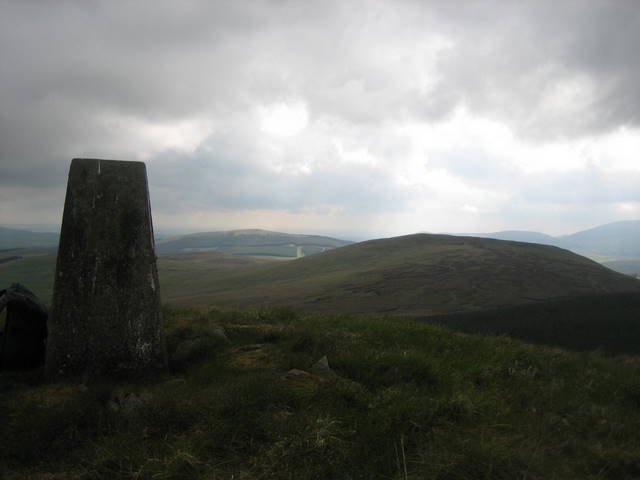 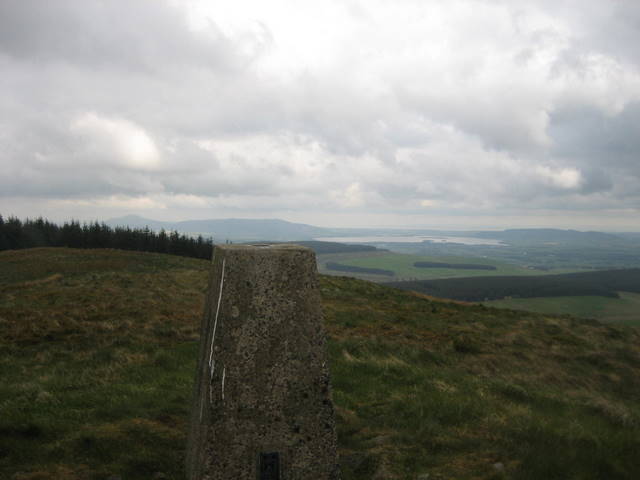 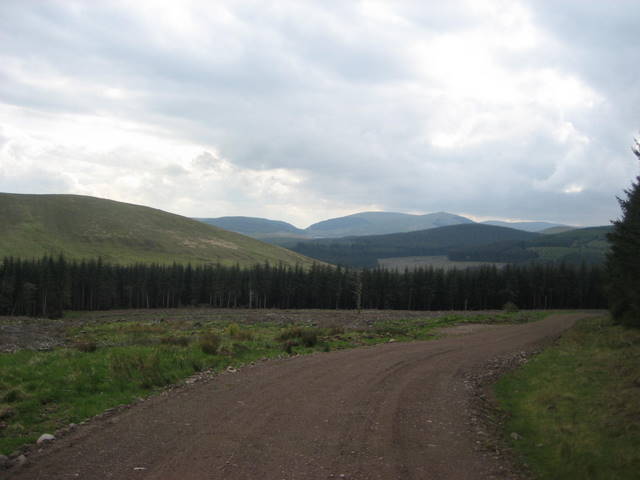 Almost back at the road , looks a nice wander to let you stretch the legs - hope all goes well on Thursday