Sometimes i get hare brained ideas and don't usually carry them out, on this day the 10th December 2007 i did. I decided i'd like to photograph the sunrise from the summit of Helvellyn. I left home around 3:30 am for the 90 minute drive to the car park, and set off walking from Thirlspot at 5:15 am. It was pitch black with a cold breeze as i left the car. As this is home ground for me i felt comfortable doing the walk, and all the familiar landmarks appeared out of the blackness when they should. There was no point in stopping the only views were the stars which really sparkled, something you can't see so well in the towns or cities. There was a little snow and ice above the 2500' mark and i reached the summit at 7:15 am, about 1 hour before sunrise. Carlisle and Penrith were ablaze with lights, Catstye Cam just visible as a silhouette. 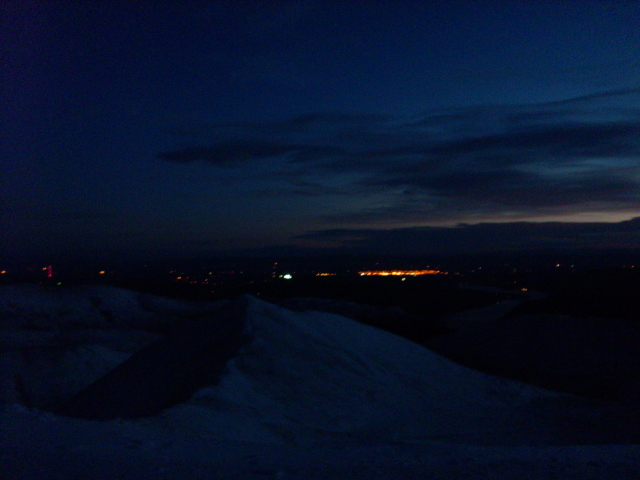 The summit shelter on Helvellyn 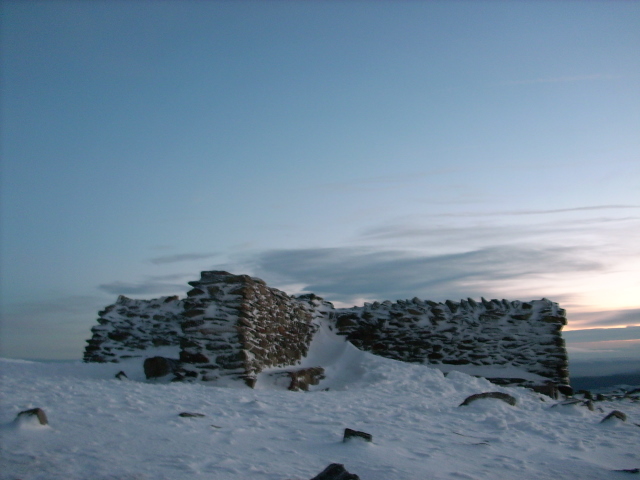 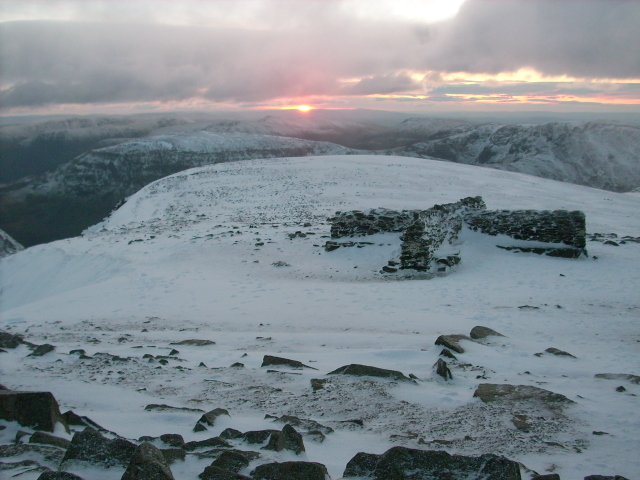 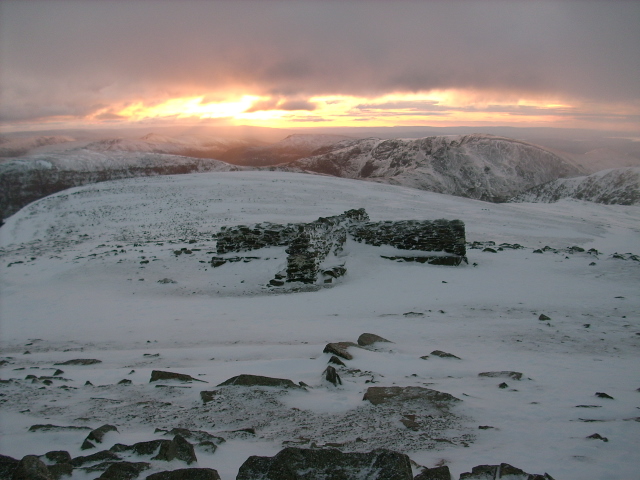 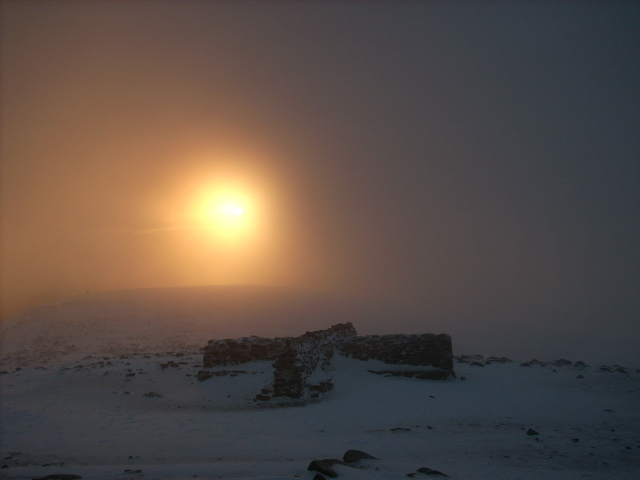 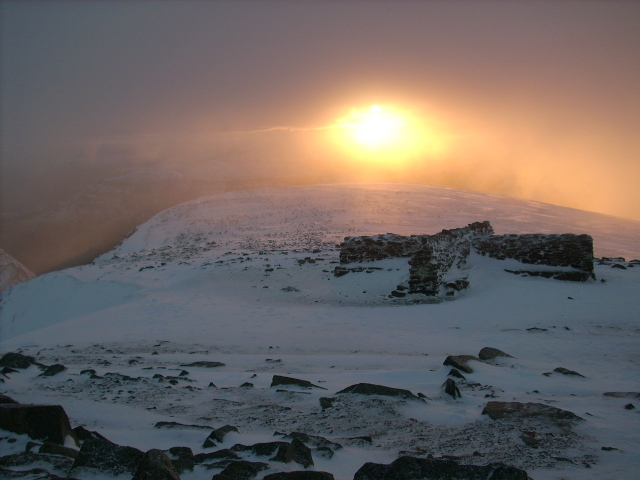 Its not often you get Helvellyn to yourself, i just sat, supped coffee and waited as the sky brightened to the southeast. A strong wind was blowing cloud in front of the sun which added greatly to the view, one minute it was clear the next clouded in.

The summit of Helvellyn from Swirral Edge 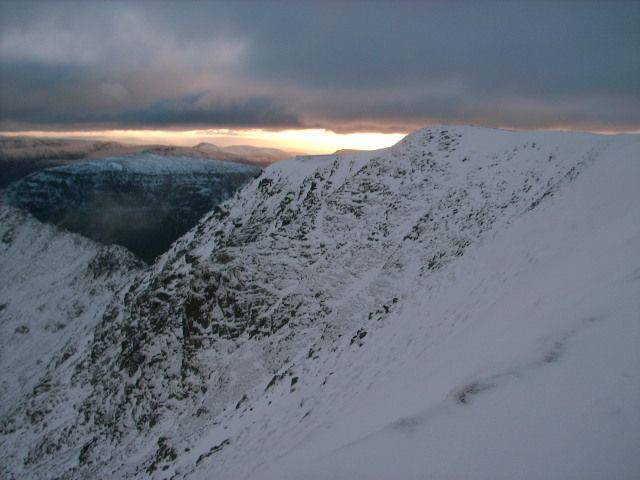 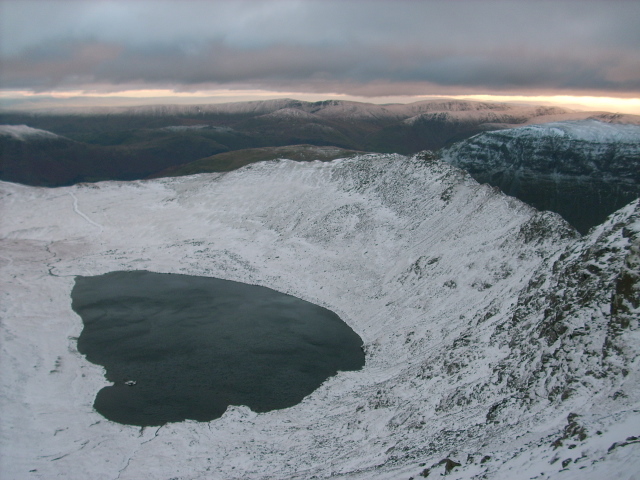 Catstye Cam with Ullswater beyond 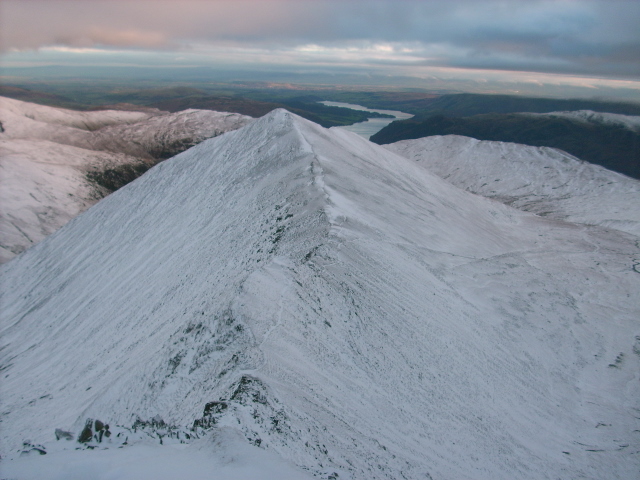 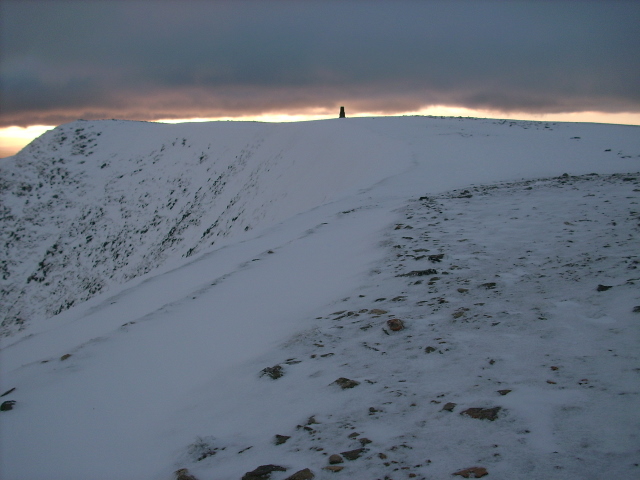 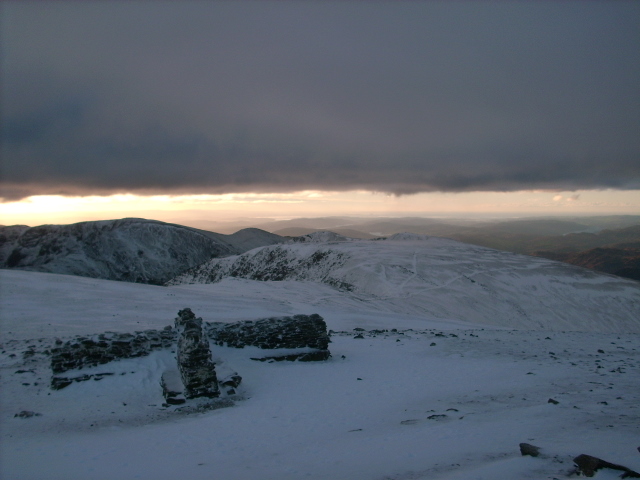 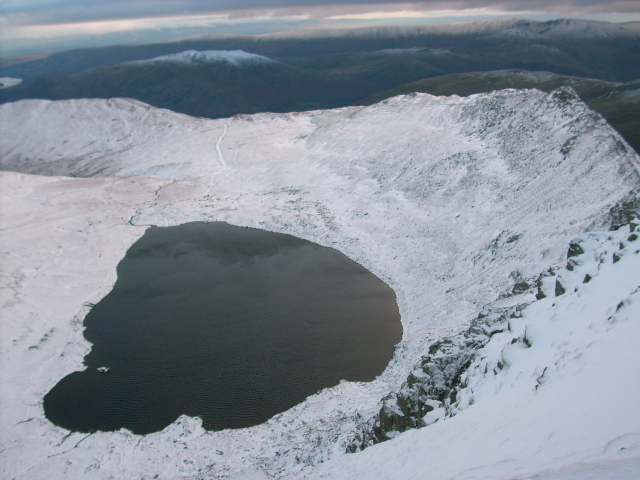 When i did traditional photography about 20 years ago film and chemicals were expensive, so i tended to compose the shots more, now with digital i‘m more trigger happy and i took about 60 shots of the sunrise. Around 9:00 am a jogger in T shirt and shorts

raced over the summit and on in the direction of Nethermost Pike, the only person i saw until after leaving the top at around 9:45 am i reached the car at 11:15 am, a morning to remember. 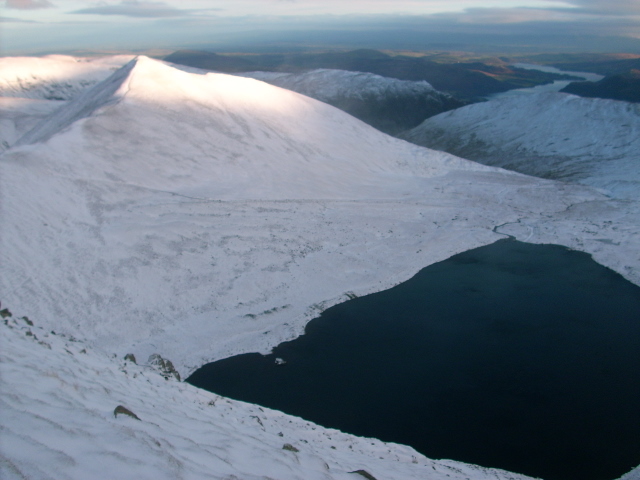 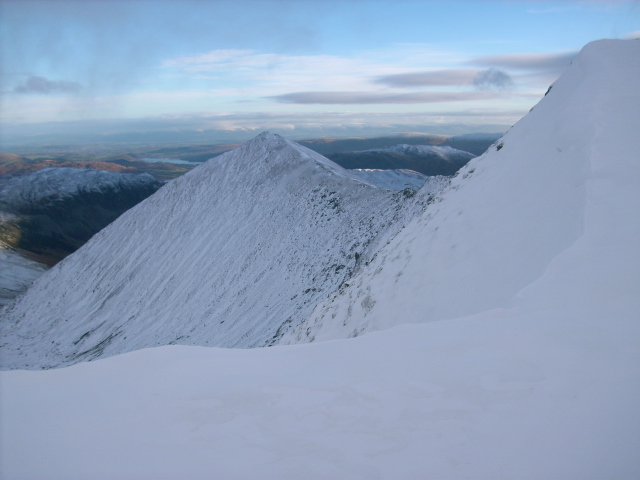 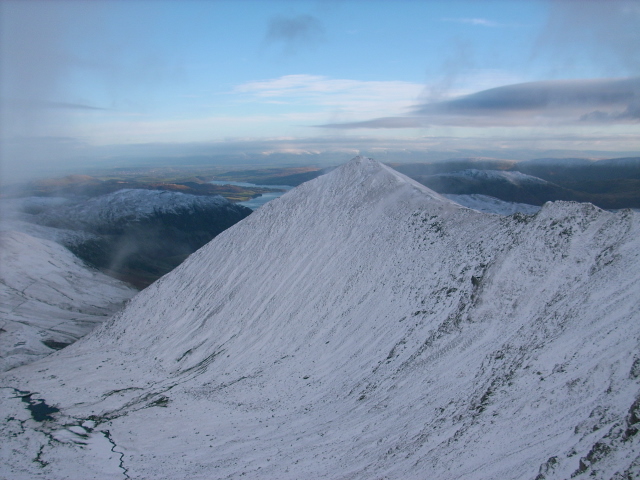 A last look back to Swirral Edge 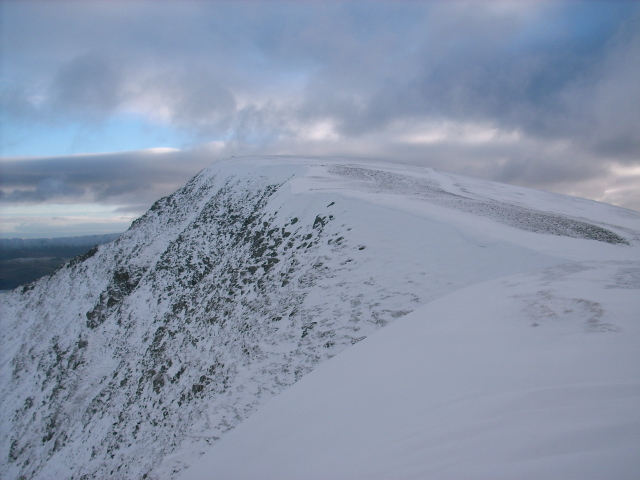 Some great photos there Canisp

Some of them have really captured the cold and bleakness of Helvellyn’s summit – really liked looking through those.

Very beautiful pics... but probably a silly question... why in December when it's soooo b*** cold for camping out? The sun rises in June too! I find it quite cold enough bivvying on a mountain on mid-summer's night, never mind December!

mc wrote:why in December when it's soooo b*** cold for camping out?

I didn’t camp out overnight on the hill mc, i set off walking at 5:15 am and arrived at the summit about 7:15 am, 1 hour before sunrise. But hey you’ve given me an idea

a winter bivvy i like the sound of that