A day of two ‘Moels’ beside the A5, with perhaps very little else in common...

In the morning, the isolated rocky peak of Moel Siabod made for a very good short, but challenging, walk.

our_route.gpx Open full screen  NB: Walkhighlands is not responsible for the accuracy of gpx files in users posts
The path up from Pont Cyfyng is obviously well-used, clear to follow and stoned over the steeper or marshier parts. Climbing up past three pretty and quite different lakes, you make quick progress to the foot of Daear Ddu, the mountain’s east ridge. Most written routes send you west of the final lake, Llyn y Foel, but this area was rather boggy and - looking back – the eastern path might have been a better one. From there though, the half-scramble up the ridge is very enjoyable and over almost too quickly. There isn’t really an obvious route, perhaps especially in the prevailing mist this day, but it doesn’t matter too much – head up whichever way you fancy (with the harder climbing, including some quite exposed steep slabs to clamber up, generally seeming to be to the right, or north) and you generally seem to be able to find a way out of any hole you might dig yourself into. Certainly every time things get a little hairy, you almost always soon see the easier path you could have taken over to your left! The summit area was cloaked in mist today, never revealing a view of Snowdon and its neighbours and hardly clearing at all until – as so often – too far behind to contemplate a return... 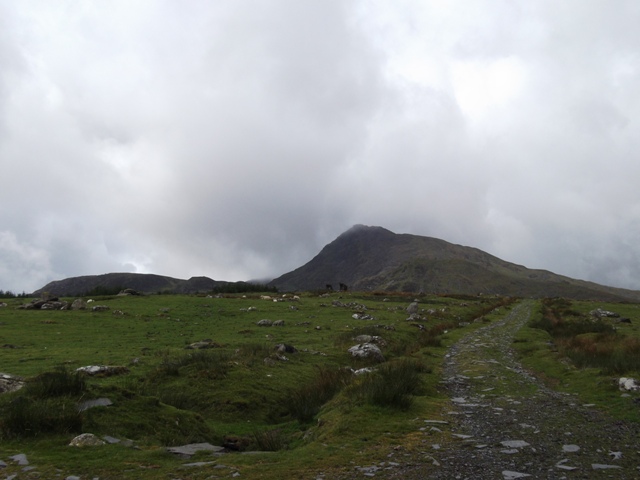 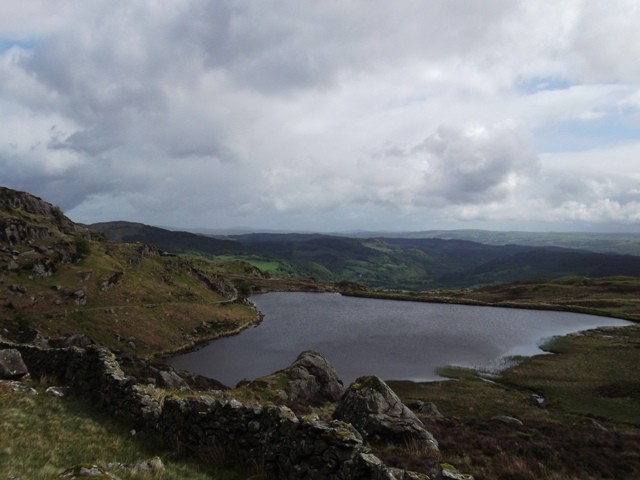 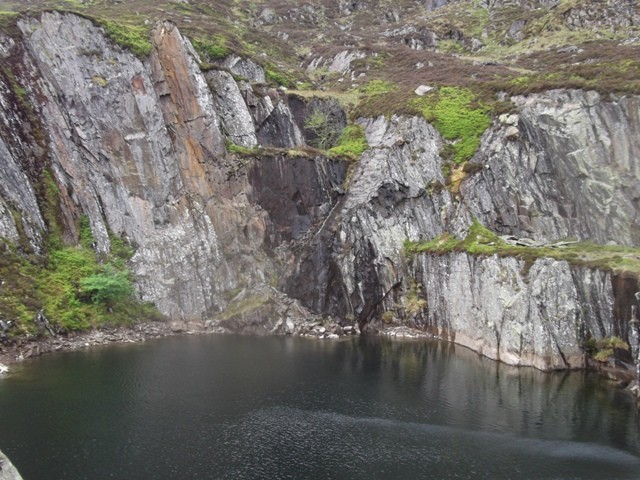 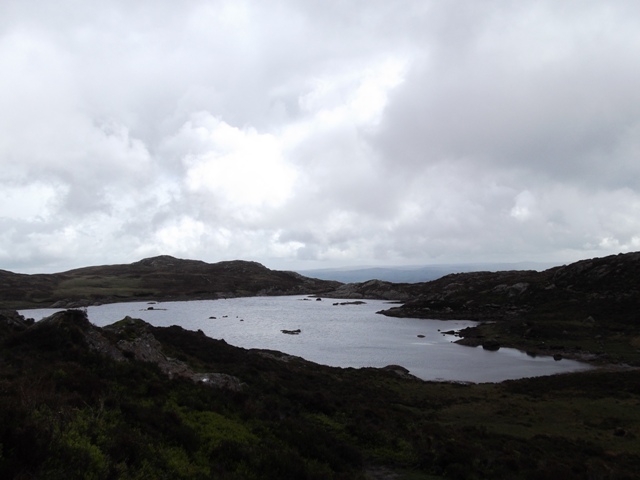 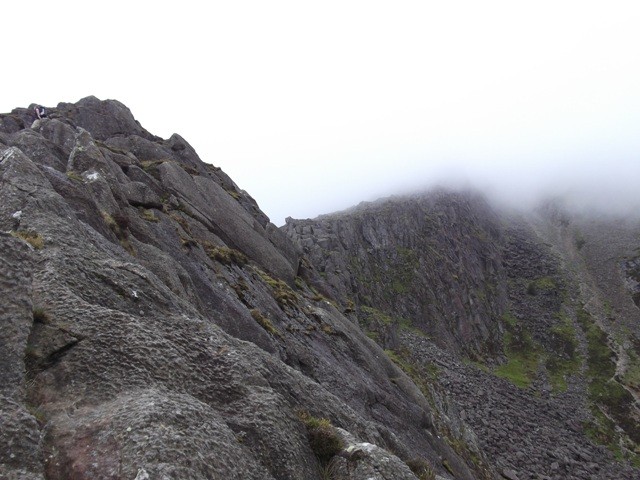 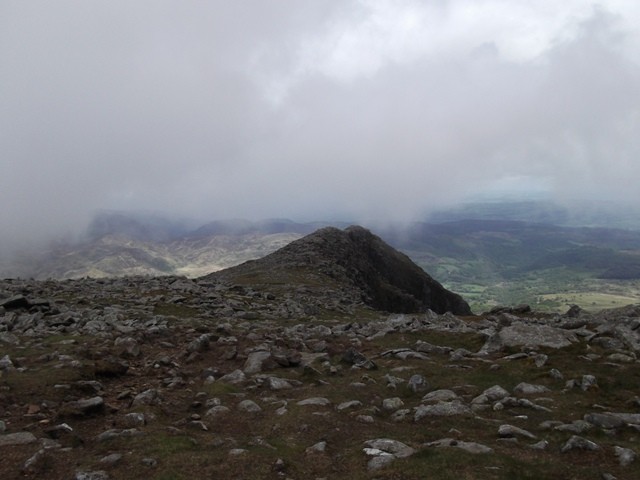 The start of the descent route along the broad and rocky north/north-east ridge is a really good one, constantly interesting as it switchbacks over little sub-tops and areas of bare rock, but the payback is a pretty unpleasant steep and loose scree path to take you back down towards the valley at the end. Grit your teeth and take your time though, and you’re soon back on the good track back down to Pont Cyfyng, with views this day finally opening up a little to the high peaks to the north. 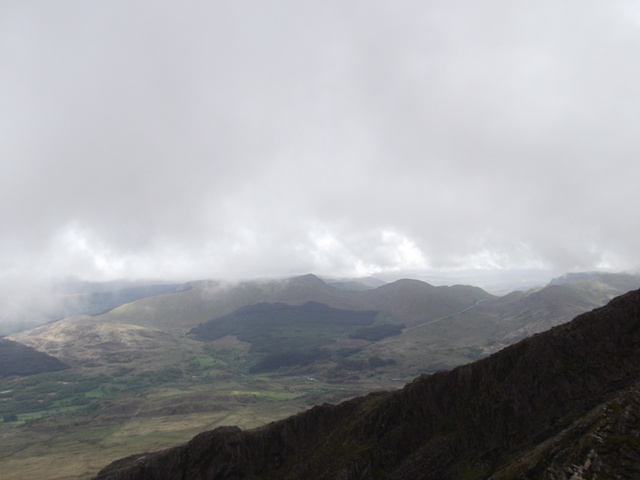 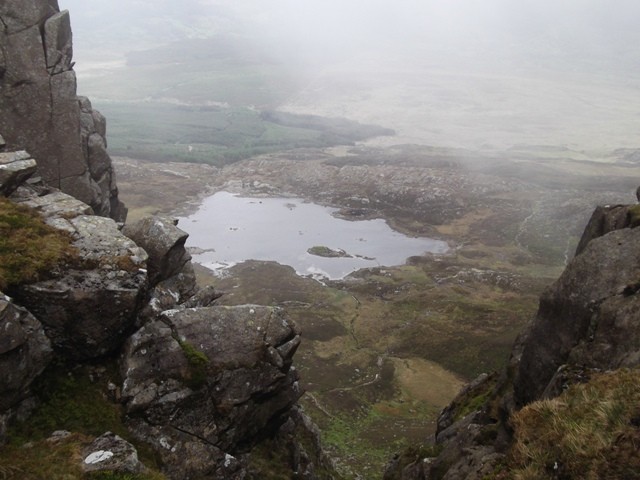 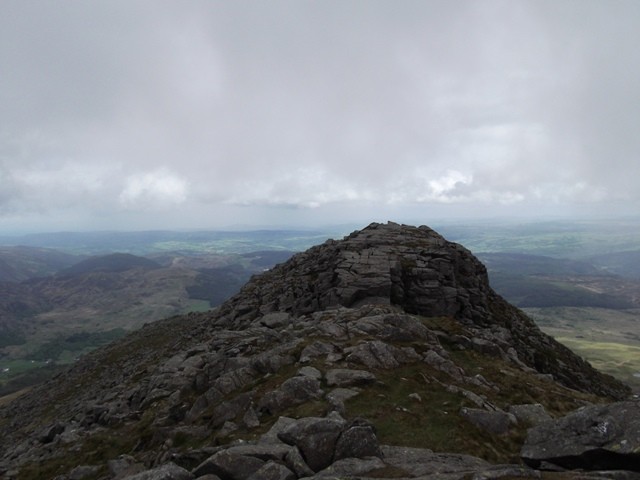 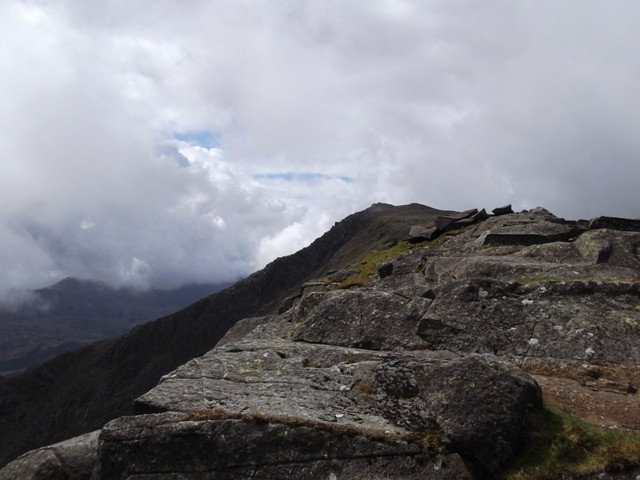 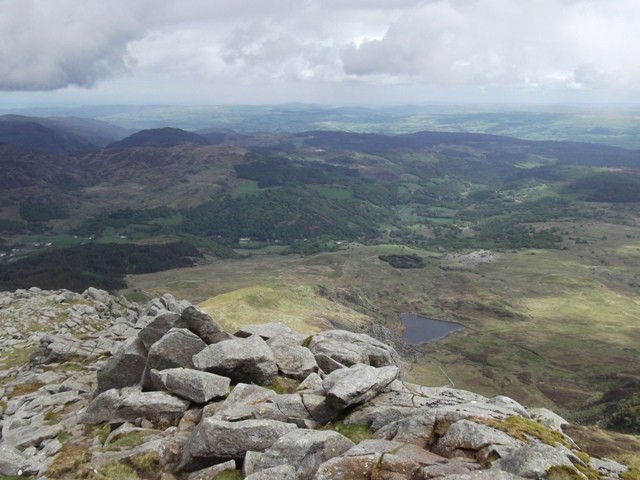 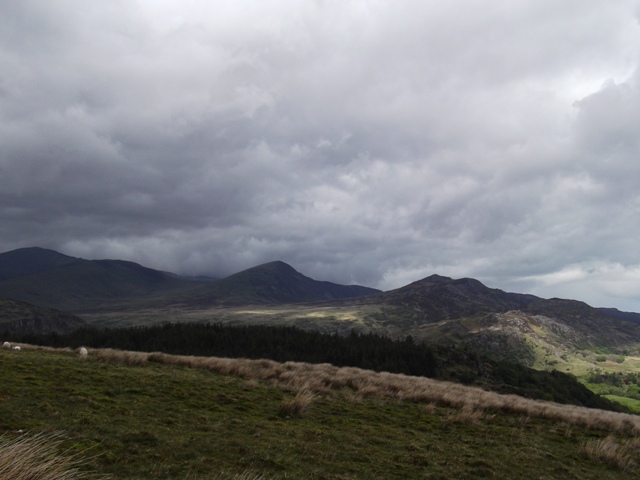 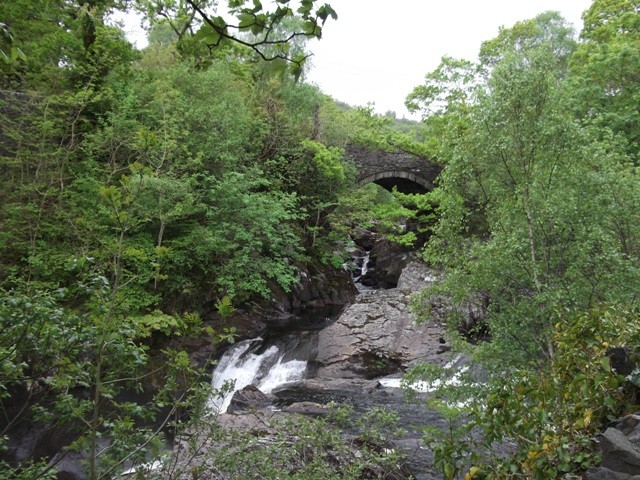 Having planned to do Moel Fferna as a quick 3-4 mile leg-stretcher on the way home, the ‘road’ (word used in its very loosest sense – despite the map, the only vehicle that could possibly get up this would be a tractor the width of a Mini!) south from Glyndyfyrdwy came as a very unpleasant shock – steep, slippery, impossibly narrow (scraping both wing-mirrors at once), and with shin-deep potholes everywhere. Don’t go near it – you’ll be lucky to scrape back down to the village. The best-laid plans... this was now a rather less quick 7+ miler!

our_route.gpx Open full screen  NB: Walkhighlands is not responsible for the accuracy of gpx files in users posts
The road that a car can’t do is rather nice on foot though, and for the miles climbing gently up the green valley to the quarry, you can’t imagine you are about to reach a Berwyn summit; this might accidentally have proved not a bad approach to this outlying hill. Even the upper slopes are well-pathed through the heather and there’s only one (short) tricky marshy area to step gingerly through. Decent enough views both north and south, to the main Berwyn range, from the summit area and – even going largely back down the same way – really quite a pleasant couple of hours or so walking. 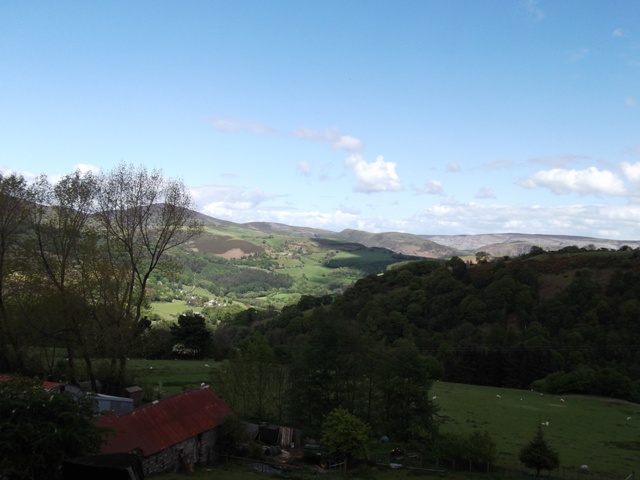 North down valley during ascent of Moel Fferna 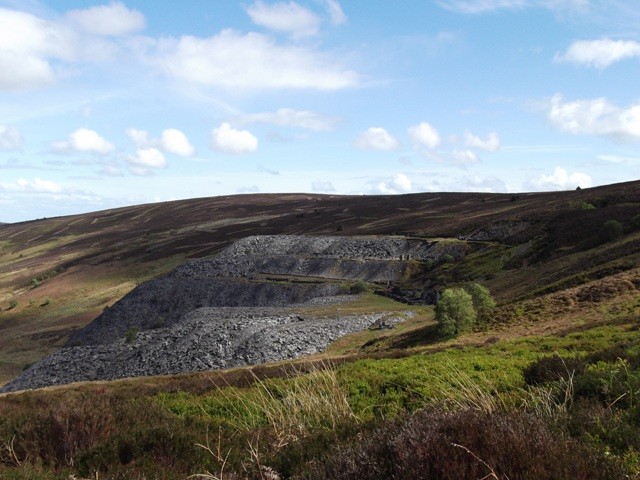 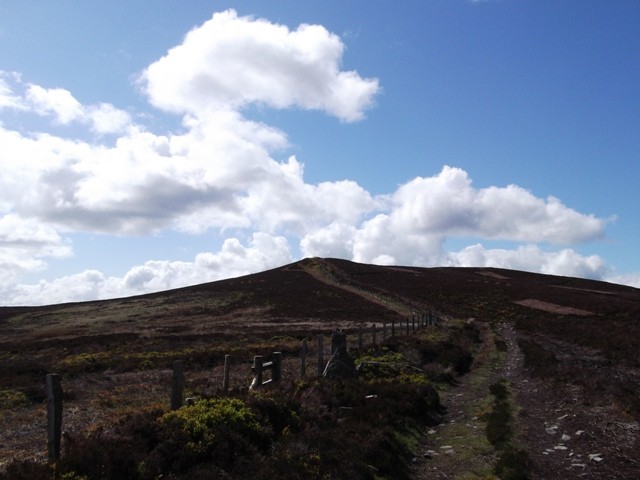 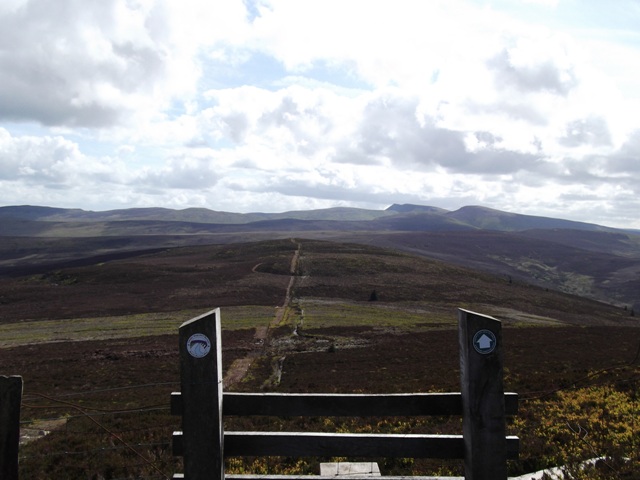 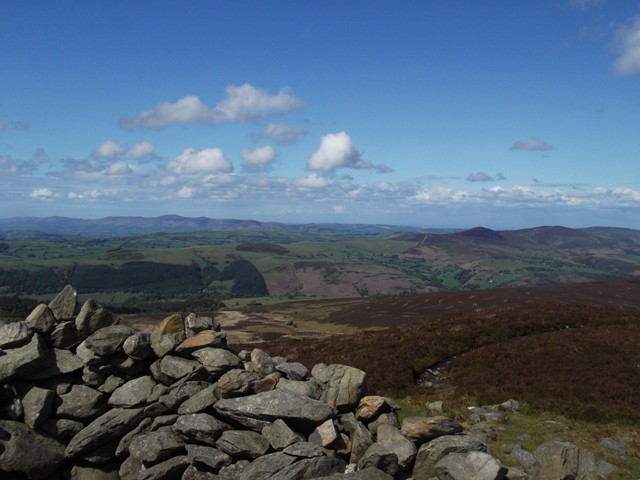 I know what you mean about that road - I came down it at the end of the walk when I did Moel Fferna last year, and thought how steep and narrow it was. I certainly wouldn't have liked to have tried taking the car up it! Like you say though, Moel Fferna is a pleasant few hour's walk

I've still got a soft spot for Moel Siabod after getting my first (and best to date) cloud inversion up there many years ago. What an absolutely brilliant experience that was! Glad the weather picked up for you later on.

your route up Siabod does it start at the Public foot path on your immediate right after crossing the Pont Cyfyng of further along the road at the Holiday cottage?
I know there is a right turn to get off the main road and onto the path but canne find it.

It was the second path (or more of a road really, at the start) - ignore the one straight after crossing the bridge (I believe that's where the alternative descent - downhill north off the peak and then back through the forest - ends up), and then fork uphill through the trees, opposite the little row of houses on the left. Can't remember if the path was actually signposted 'Moel Siabod' here, but it certainly is in a couple of places further on - it's a very easy route to follow. Enjoy it!

thanks just found the road "fork" on Google street view

walking this tomorrow as a circular.