Sorry but its another forcan saddle report

Sorry but its another forcan saddle report

There have been some great reports on this trip so far from the guys and i havent done a proper report now for sometime but this weekend was just too good not to share.
We had been planning this weekend for the 4 of us for a few months now but at one point JB didnt think he would make it so this made me put a post in the meet up section where Alastair decided to join us, really glad that you joined us Alastair and hope you enjoyed it.
The only downside to this was that me and JB went a different route from the other 3 ( must tell gammy and stretch about this

The weekend was supposed to also be a camping trip which would be the first for me,gammy and JB so we where really looking forward to this and maybe packed slightly too much according to stretch

We had all been on a high until the weekend got closer and the weather forecast got as bad as it could be but we really tried to just get on with it and make the most of it.
Me Gammy and JB met stretch at spean bridge then headed for the cluanie inn where the big man destroyed a decent size steak pie and was still starving

We then headed for the campsite where the best pitches were taken and what was left was really badly waterlogged so after a drive back up the glen looking for places at the side of the road with no success we went to the cluanie and where rewarded with an excellent room with 4 single beds, a big thanks to the cluanie for helping us out and the discount we recieved

After a good night of banter, beer and cheep wine

we got some kip for the big day, or tried to with gammy leg trying to win his own snoring competition

as the guys never managed to get the south glen shiel ridge as planned (this really made gammy's day)
So we set off on the good path towards the saddle where the condtions were not bad until we got to the point where you could head for the graham Biod an Fhithich and the wind started to hit us pretty hard but it was still good walking to the base of the forcan ridge where we had our first stop to decide who was going where.
As me and Jb had this planned we didnt want to miss out and the weather took a turn for the better and we went for it with the others deciding on the bypass.
This turned out to be a great choice despite the conditions as this was one of my best experiences of hillwalking so far (just ask gammy and stretch). the ridge really didnt offer to much difficulties until we came to a drop of about 10mtrs where we decided to take an easier bypass to the right which looked like the better option and this offered no problems as we really took our time.
We passed by the cairn

to the trig point where me and Jb were really chuffed to have achieved that considering the conditions.
We had a quick photo stop here and decided to try and catch the others. I must admit it was a great relief to see them waiting for us as i know the would have been getting concerned but i just couldnt wait to tell them about it

From here the guys headed for sgurr na sgine while me and jb got a well earned break and it wasnt until the summit of this that we would meet again.
I found the pull to sgurr na sgine hard on the legs but it wasnt too difficult and was good to meet up with the others.
From here we all headed down Fachoag which was really hard going on the knees and took its toll on all of us as that it one steep bugger

After the long descent down this we were all happy to see a bridge as we really didnt want gammy getting wet (again) and was even happier to see the car.

We had another great night in the cluanie where we had the pleasure of meeting mountain coward and richard.
Richard if you are reading this gammy was blaming you on all the snoring

sorry if he kept you up aswell.
On sunday Stretch was keen to get out where as the 3 of us where just wanting breakfast, so not wanting to waste the grub we had bought we decided to head for spean bridge (on gammy's advice) up a back road

thank god i had my dads land rover for this

Thanks to all for a great weekend, one which i will remember for a long time

Here are some of my pics of the day 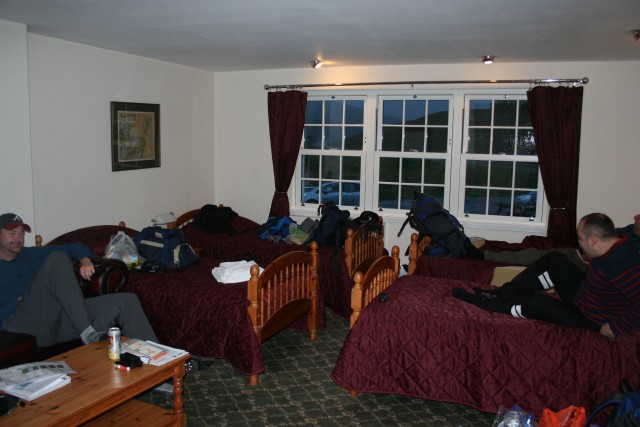 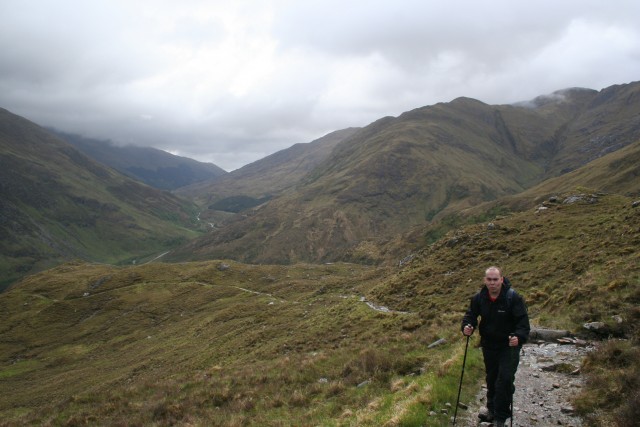 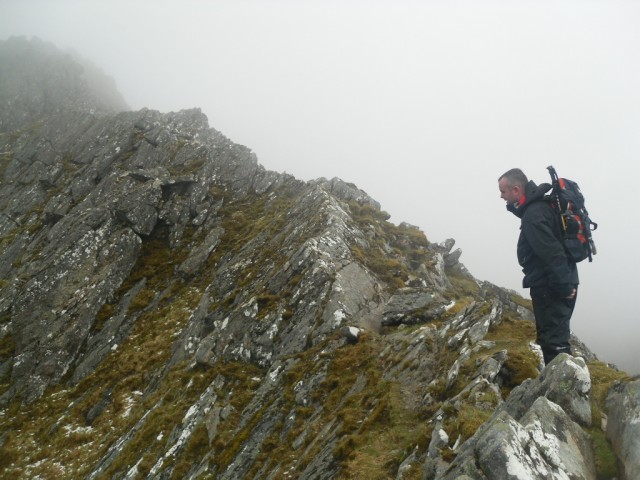 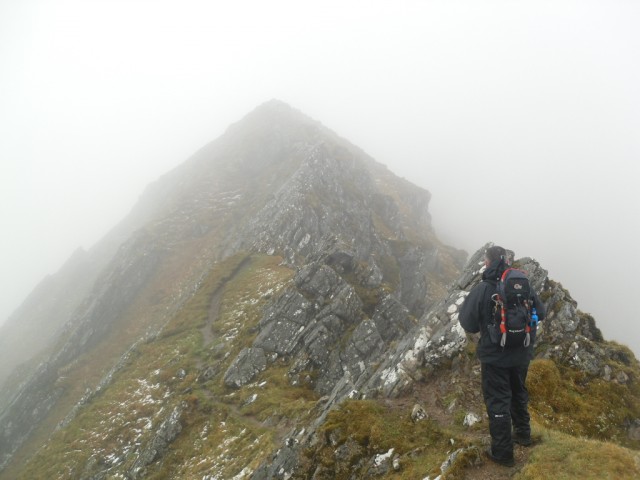 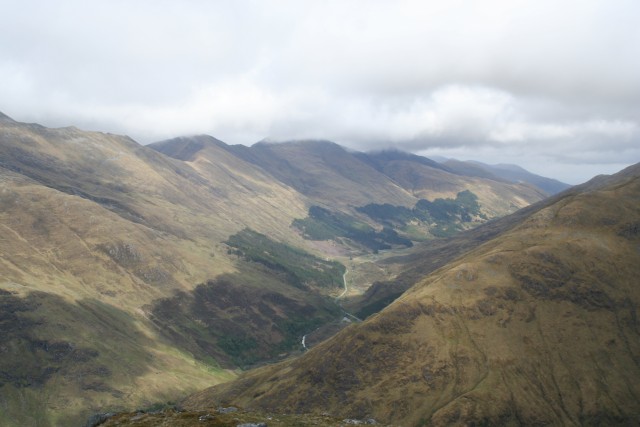 Nice one Alan. Good to see those ridge photos. Doesn't look too bad, but I guess you needed your hands for things other than taking photos on the tricky bits

Nice Alan. I would just like to add that I have never seen a bunch of girls pack more stuff into an SUV for a 'camping' trip

Great effort to all you guys on the recounting of the weekend and all the reports telling the same story.....

Hi mate good photos who took them? look quite professional

,glad we made the decision to do the ridge and not go upto the graham at the start of the walk we would have been knackered

,good practice for the glencoe trip coming up

forcan saddle reports must be like buses...you don't see one for a long time then suddenly a whole stack appear in a row

seriously though, well done to all and looks like you enjoyed it

Alastair S wrote:Nice one Alan. Good to see those ridge photos. Doesn't look too bad, but I guess you needed your hands for things other than taking photos on the tricky bits

Cheers Alastair, yeh the camera was in the bag for the tricky bits, I do have some good pics from my mobile of the harder bits but i cant get them on to my laptop.

Stretch wrote:Nice Alan. I would just like to add that I have never seen a bunch of girls pack more stuff into an SUV for a 'camping' trip

Hey ! there are only 4 of your pics in this report and to be honest i thought they were a bit fuzzy

Cheers monty, I wanted to follow your route and just add on the glen shiel ridge but they wouldnt take me on

rockhopper wrote:seriously though, well done to all and looks like you enjoyed it

forcan saddle reports must be like buses...you don't see one for a long time then suddenly a whole stack appear in a row

seriously though, well done to all and looks like you enjoyed it

Great weekend had by all mate,even me,roll on our next camping trip