This weekend had been planned for a few weeks; a weekend stay at the Applecross Campsite and an attempt at the mighty Liathach on the Saturday morning leaving enough time for some well deserved refreshments at the Applecross Inn.

On the Friday night we left Airdrie later than planned, 7.30pm. The Satnav gave us an arrival time of 0.30am. Not a good start but we set off and spirits were high. At approximately 11.45pm we reached the start of the Bealach Na Ba. Having tackled this road previously in excellent conditions I knew what to expect and after 4hrs of explaining this road, Wullie and Scott had a good idea. Gale force winds and driving rain wasnt expected. Needless to say we were happy to reach the campsite in one piece and cracked open a beer to start the weekend!

At around 7am we woke up and started the breakie, rolls and square sausage all round, and by 8am we were on the road to Torridon. The weather looked decent, we were expecting rain and were well equipped, Scott decided shorts were a good idea

Wullie and I were suitably wrapped up. An hour later we were at the foot of the mountain, just passed the Glen Cottage. Boots on, gear checked and off we go!

We read in some reports that the accent was relentless - this phrase was used a million times! 2.5hrs later we reach the ridge and took in the views. Pictures dont really do this justice; although the weather was atrocious we saw enough to make us speechless. After a short break we set off to the first summit; at this stage the heavens opened and we were engulfed in snow, clouds and gales that could easily knock you off - proper hands and knees stuff

The weather conditions really confused us and made for an uneasy decent to the ridge, although a break in clouds allowed us to catch our bearings and take in the awesome scenery. We found a sheltered area on the south face and had some lunch. This was decision time; tackle the pinnacles or take the pass to the south and live another day?? Decision made. Although the lure of the pinnacles was strong, the weather conditions made for an easy choice. We set off, and following the route description on here we climbed up at clearings to see the pinnacles and views. Next up, Mullach an Rathain, and it couldnt come quick enough! Soaked and battered, we reached the summit about 6hrs from the start.

Why does the sun always comes out near the end?? As soon as we took our first slippery steps down the scree the sun was splitting the trees; and slippery it was! Having read Andrew's excellent "Liathach on fire" report we were immediately aware of the damage the fires had caused and also how lucky Andrew was to reach the bottom unscathed.

8hrs later we reached the van and cracked a can of Tennants to celebrate our achievement! Hope you like the photos. 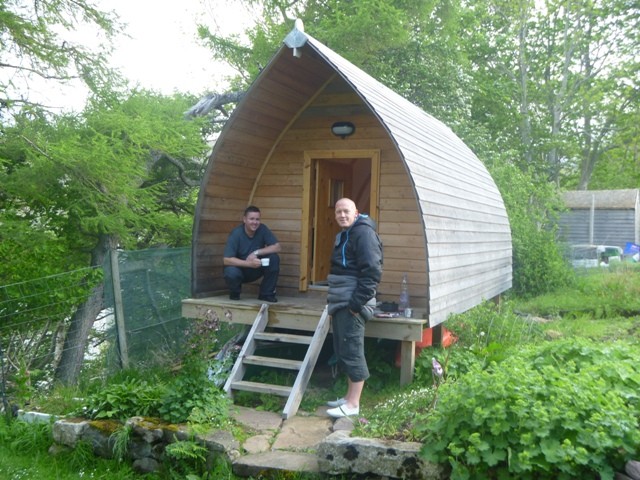 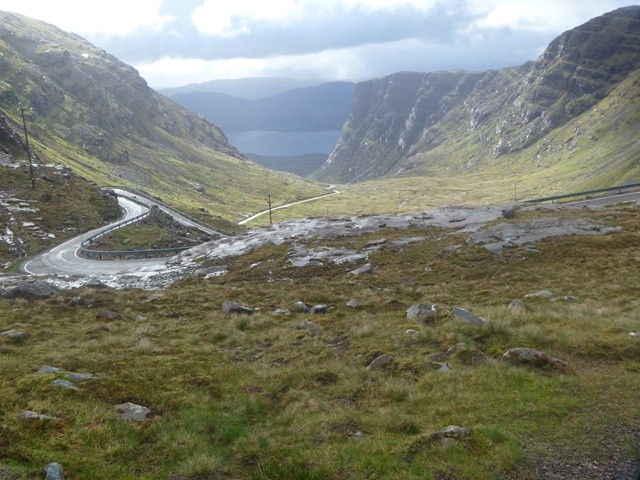 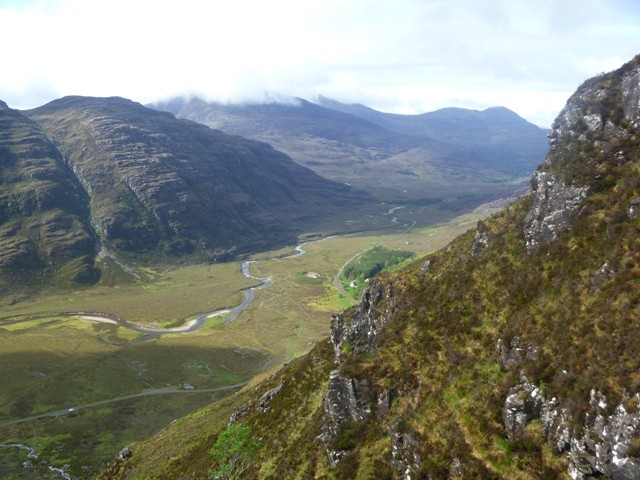 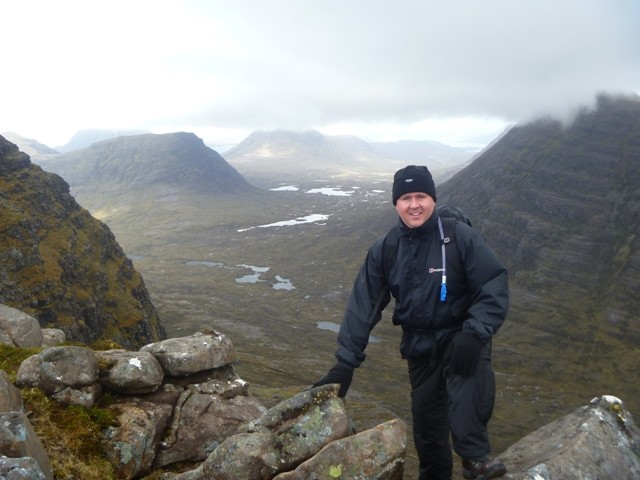 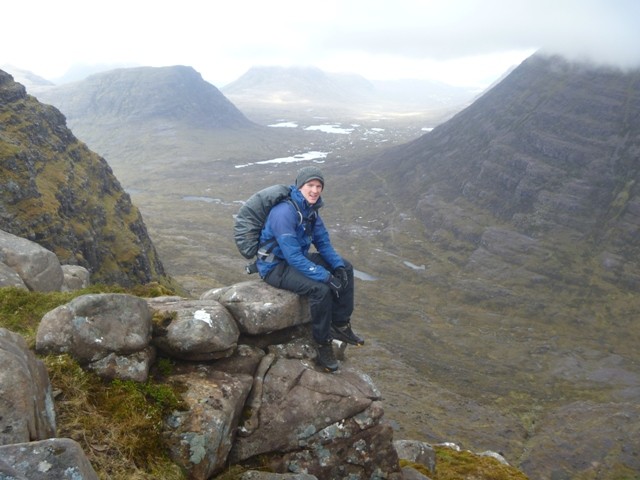 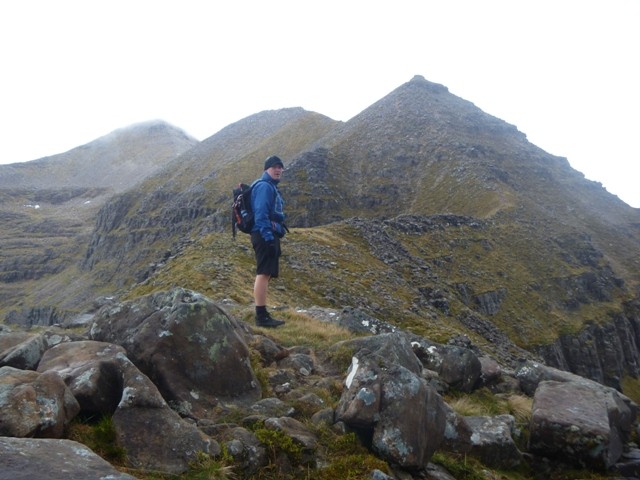 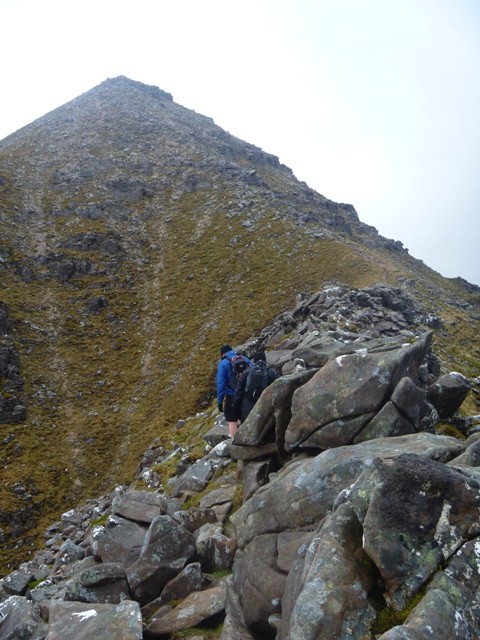 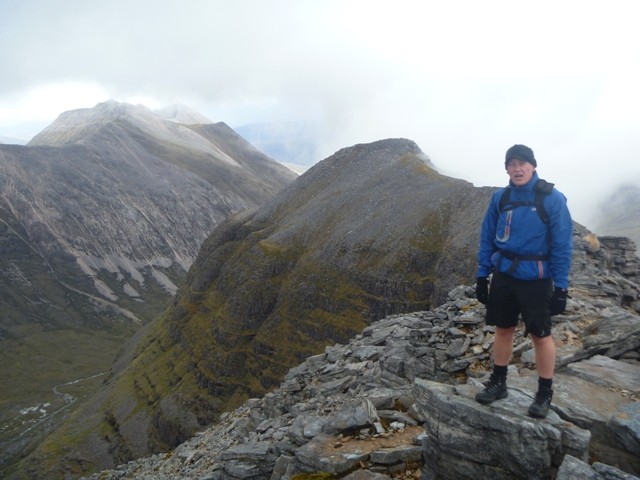 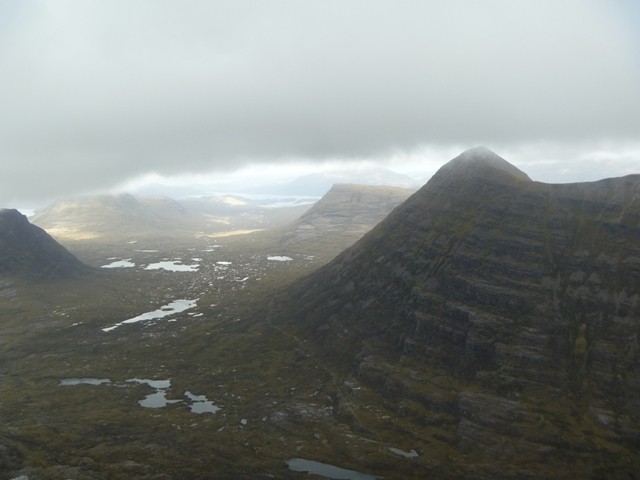 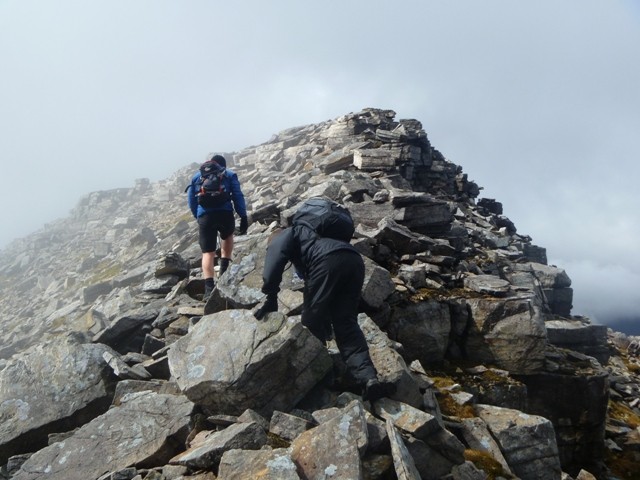 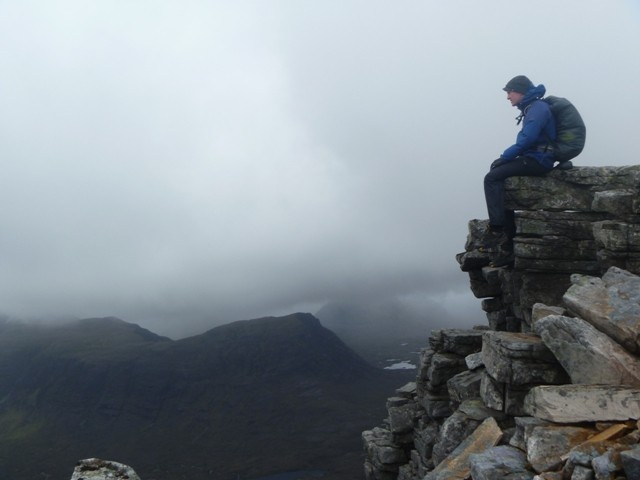 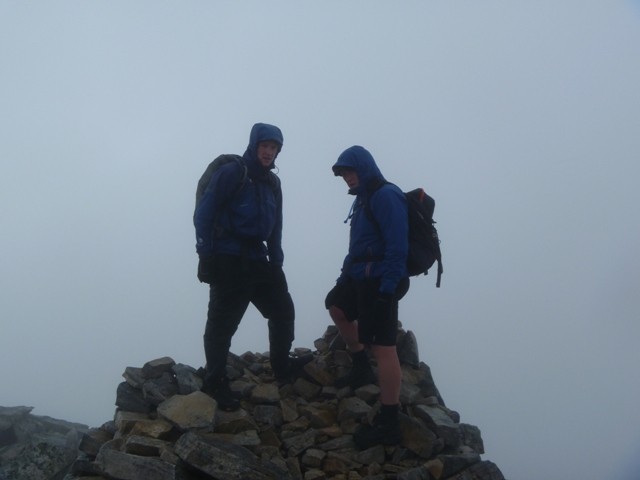 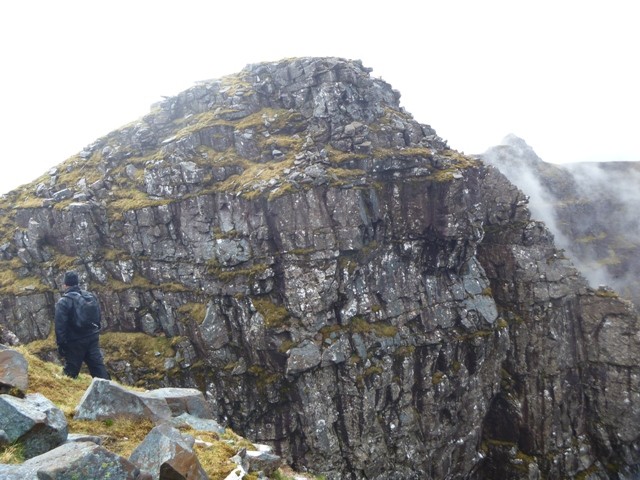 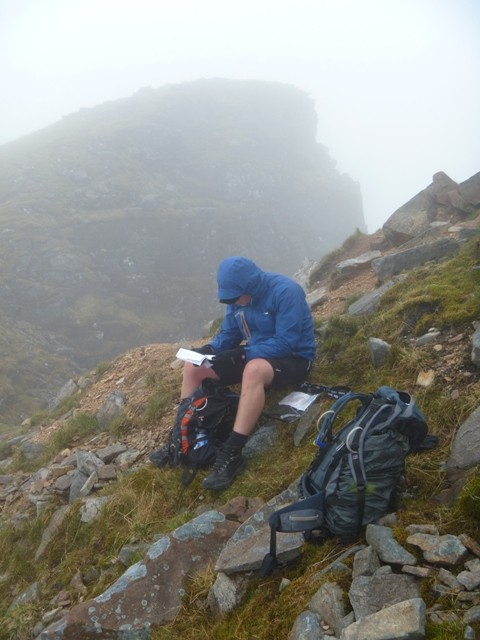 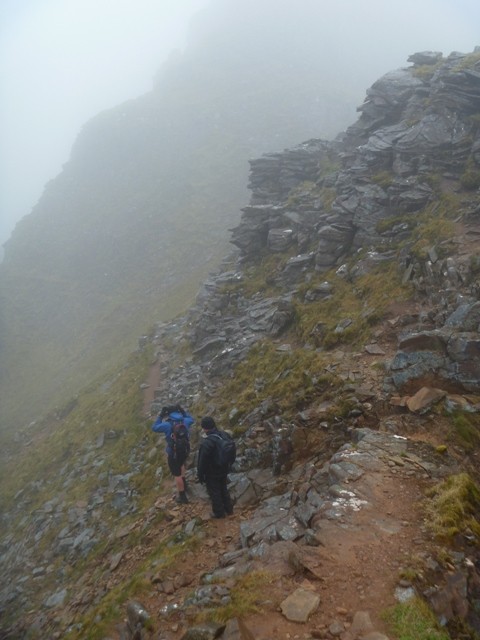 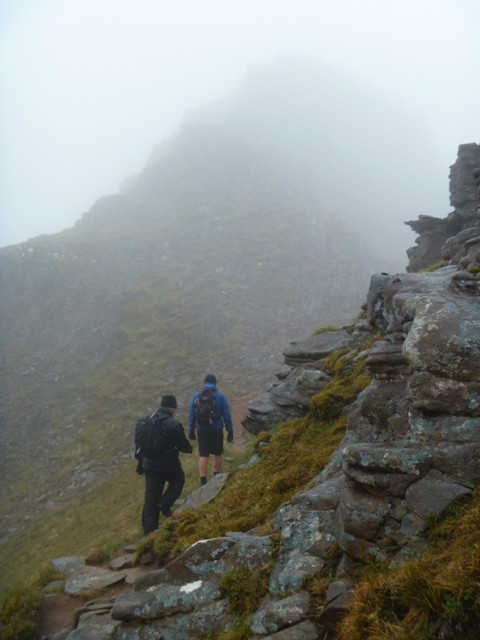 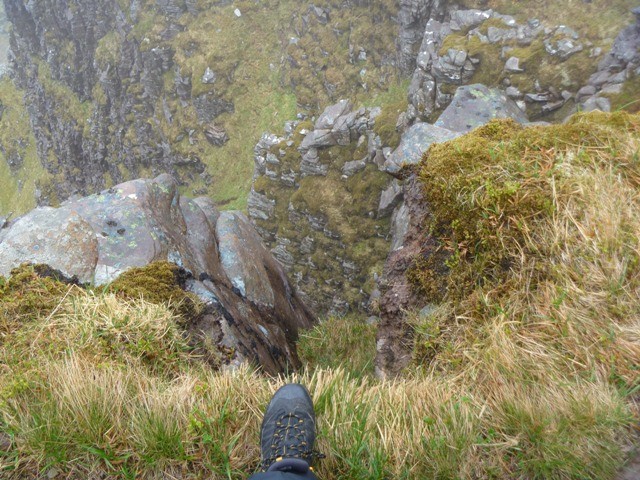 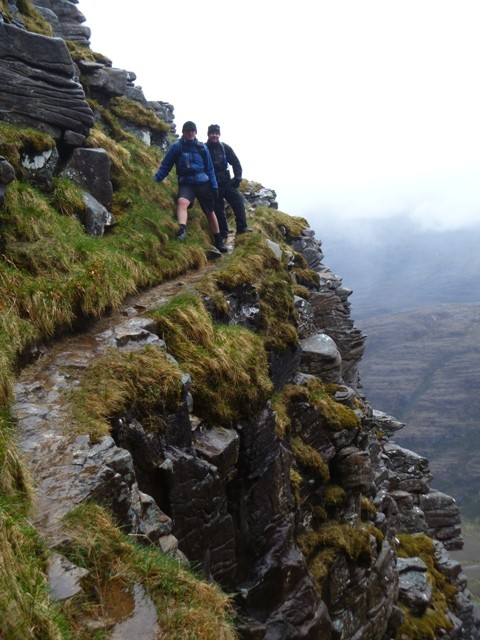 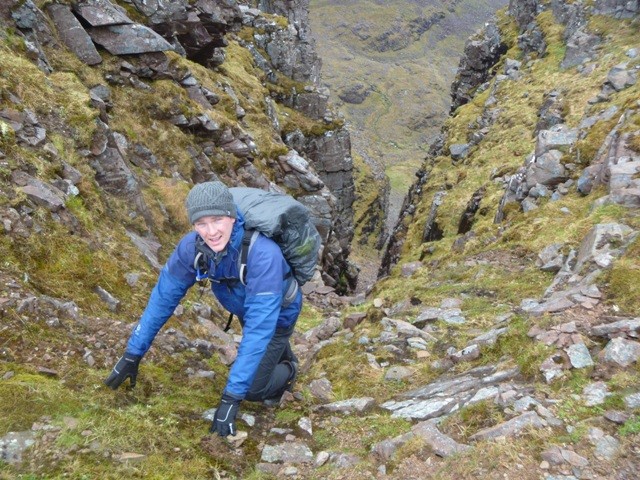 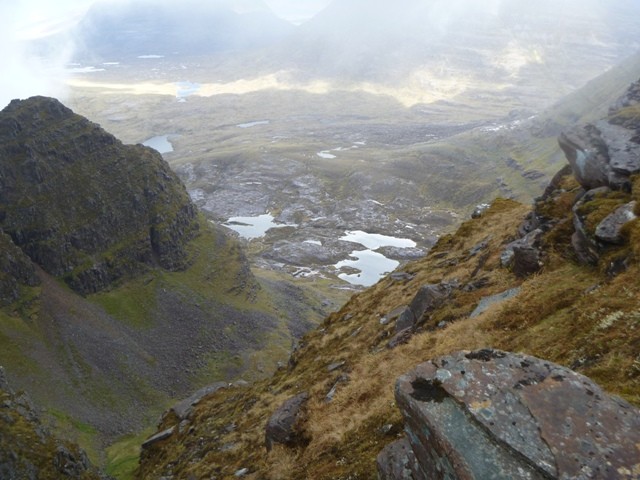 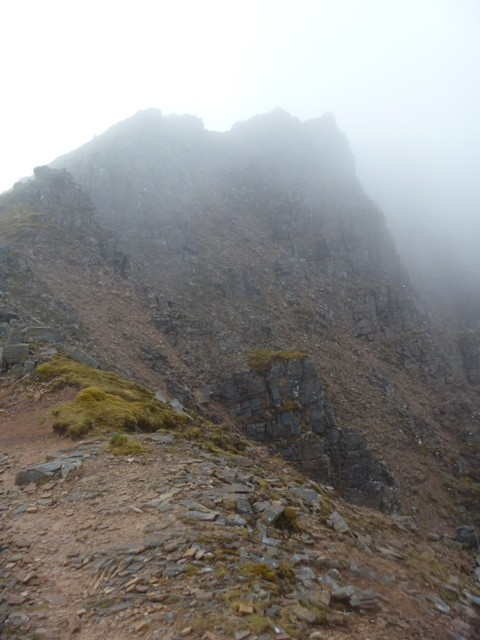 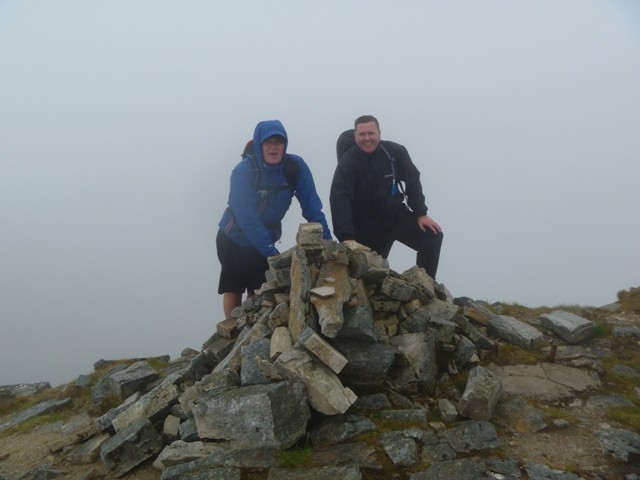 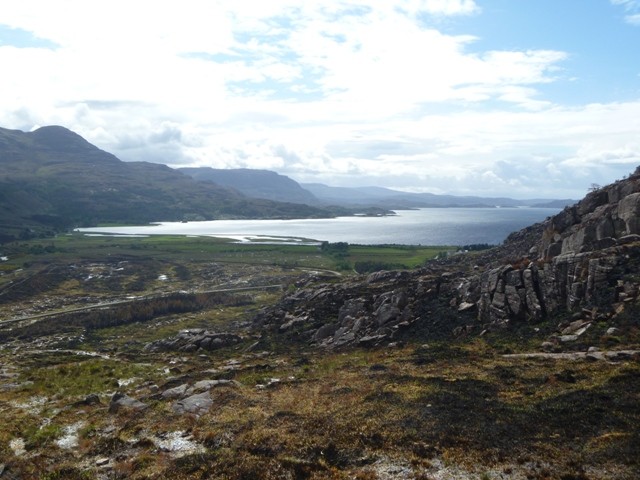 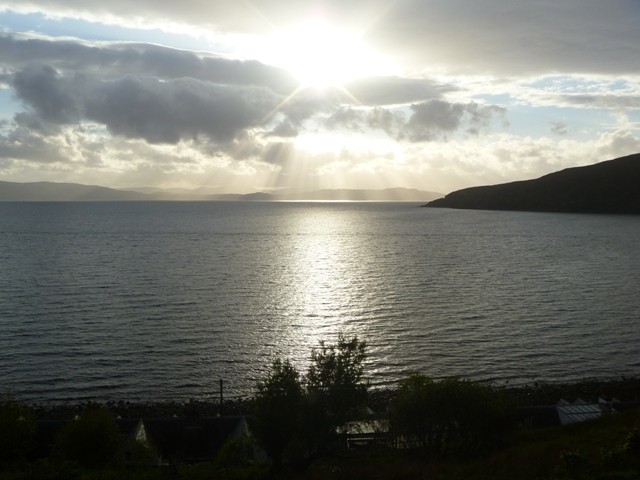 Supperb photos Gwalke,
Looks like we are well into Scottish summertime. That path looks very slippery and scary

Nice report and photos Gwalke. Shame you didn't get to do the pinnacles but the by-pass looks scary enough to get the heart going. Hoping to do this in August if I can keep these sort of pics hidden from my wife.

Brilliant report. And scary, esp pics 24, 25 & 26. If that's the bypass path I think I'd try the pinnacles (but only in good weather). I think I'll tackle Beinn Eighe next (having done Beinn Alligin) and leave this monster till then.

Great report on what looks a spectacular walk, just the right amount of 'whoa' moments and fantastic views throughout, really enjoyed this - thanks for posting