After a couple of days of fairly poor weather, Thursday dawned bright and sunny with the forecast for the day ahead excellent. It was also the day I was supposed to be travelling home from Snowdonia, but I was determined to get at least a decent half-day's walk in before departing. I ended up taking the Snowdon Sherpa up to Llyn Ogwen with the intention of ascending Y Garn by its northeast ridge, continuing on to Foel Goch, then descending over th other side into Nant Peris - something I reckoned I could get done comfortably in the four hours or so I had without needing to rush.


Y Garn.gpx Open full screen  NB: Walkhighlands is not responsible for the accuracy of gpx files in users posts

The Ogwen valley looked spectacular as I headed up towards Cwm Idwal, Y Garn in front of me rather resembling a gigantic armchair. The initial part of the ascent up Y Garn goes up a very good stepped path which makes going simple, though I was pausing regularly to take in the wonderful views in practically every direction: To me photos of Tryfan never to me quite seem to convey how awesomely impressive it is up close. They lose some of the sense of scale and rugged steepness it has when its looming right over you. I spent a fair amount of time looking back at Pen Yr Ole Wen directly across the valley, trying to pick out the ascent route which I know runs up that side. Hmm, looks steep, I eventually concluded. When I come back to try tackling the main Carneddau peaks I might try to find a different way up 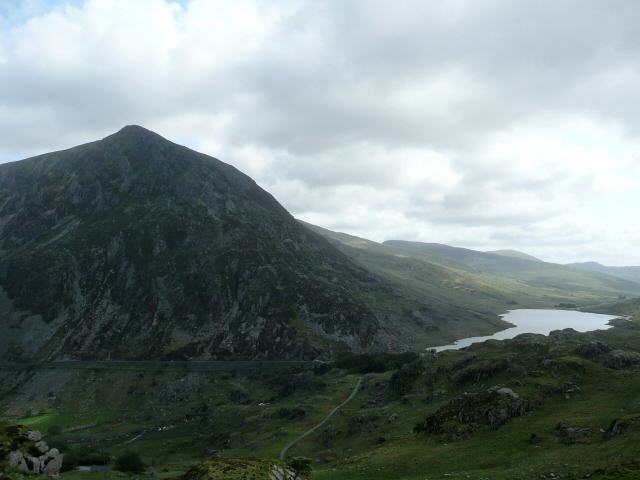 Further up, the path the path becomes far less distinct and looser. A couple of steeper sections would possibly warrant a degree of caution on descent, but ascending it all still felt straightforward enough, if requiring a bit more effort than the earlier walking. On making the main ridge, its just a short further easy walk back to Y Garn's summit with its fairly substantial summit shelter. All in all, it felt like a very enjoyable route to the top, taking just over an hour. From there I got some excellent views of a couple of the moutains I didn't get to see much of earlier in the week. After descending Y Garn's west flank the climb up to Foel Goch's summit is little more than a gentle stroll up a broad, grassy slope. Foel Goch's summit cairn is one of the smallest I've every seen, but it makes a great place to stop and grab a bite to eat, overlooking precipitous drops to a pair of cwms on either side and giving views up Nant Francon to Anglesey. The descent route from there, south-west over the other side of the range, displays a completely different character to these mountains - long, gentle grassy slopes that for the most part makes for easy going, and on busy days is likely to be far emptier and more peaceful than the Ogwen side. There are a number of small streams crossing at regular intervals which could make the ground quite soggy after prolonged wet weather, but today it was no more than slightly damp and the stream crossings easy. The last section of descent into Nant Peris is the steepest portion. From there it was just a short walk to the car park in plenty of time to catch the Sherpa back. Re: Y Garn and Foel Goch

Some excellent photos there, looks like you top dollar weather for the day, i do like this end of the world if you can loose the crowds somewhat!!!

. im kind of hoping to get there in the summer for 3 days good walking..