Having read other reports about the boggy ridge to go up I was determined to find a drier route. And luckily I managed so thought I would share it.
I set off up the standard route at 6 pm (having spent the day in Edinburgh for work). I followed the track up the west side of the burn. I could see where the path veered off from the track to take the first ridge line. But I resisted and carried along the track until I reached a gate and fence post to the west. This was at height 375 m. The track took a slight dip just after this. 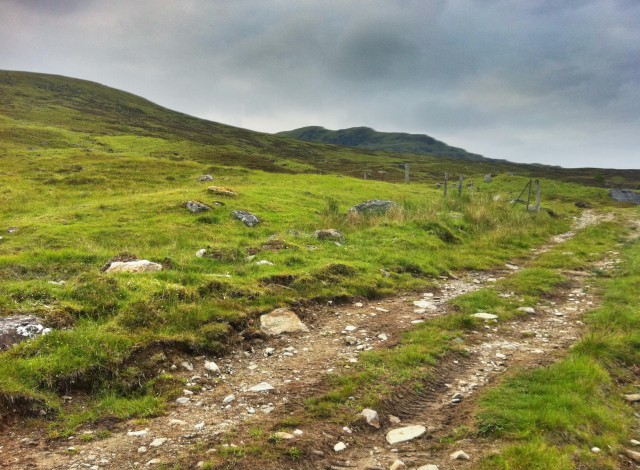 the fenceline where I turned west

I stuck to the north side and veered slightly right to stay trend below a dip in the hill and stay on solid ground. I have tried to mark it on the map, but may not have got it accurate. But as long as you are happy to be off a path, the going was quite good avoiding the obvious bogs.

At the pateauy bit around 700 m, it was choosing a careful route around the major wet areas, but by going around the obvious parts it seemed OK as long as you stayed off the path. Then the slightly rockier bit to the summit. I reached the summit at 7.40, and fortunately there was still a view. Although nothing to see of my 'home' hill Ben Cruachan. (Going up Cruachan again this Sunday for the sponsored Oban Mountain Rescue walk and taking both my youngsters up).

Then down all the way. Very gentle on the knees this, and I ended up carrying my ski poles. I was tempted by the path going down, but once I hit the very boggy part I decided to veer north to my original route, which was very pleasant to go down as well.

I would recommend anyone who is walking from this direction to take the west ridge as a means of ascent (to Carn Chearg), and come down the route I've described. Unless you're in a hurry to get home like I was. Got down just before 9 pm, and of course home in daylight. Glad I'm still beating Naismith. 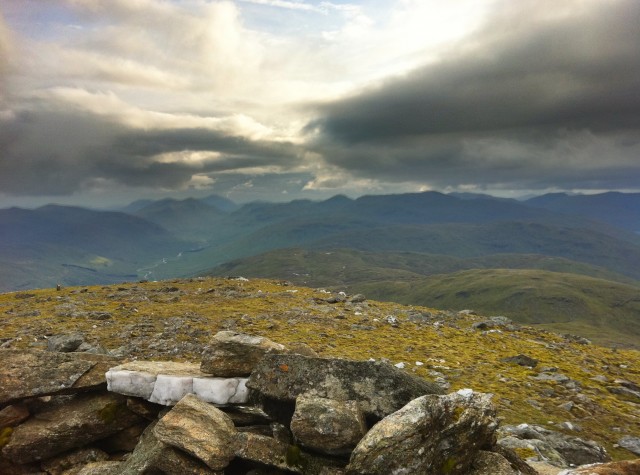 There's a coincidence - here's me atop Meall Ghaordaidh at 9pm last year: 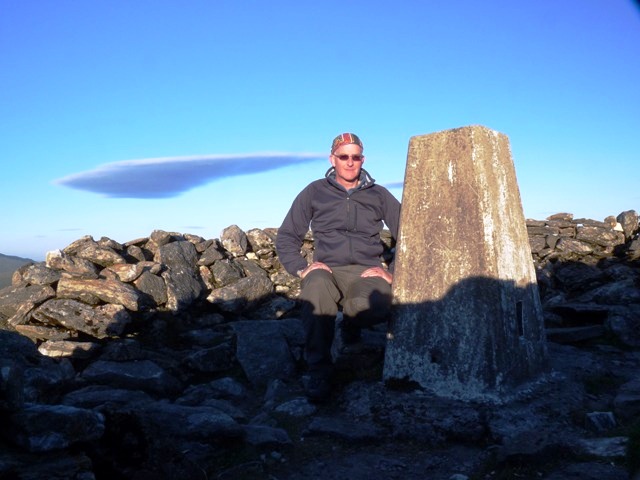 The ascent from the other side is a lot more interesting. Got down a bit before 11pm but there was still no need for a torch. Full report over here.

Hi Alastair. I read your report before I went up. Definitely sounded like a more satisfying route. Unfortunately I didn't have time. You had better weather too!