Havn't had a walk since mid April and it's June already. My legs are getting older every day and a BIG birthday is looming - a birthday I've promised myself that I'll spend on a Munro - so I need to get a walk in quick. The 11th June presented us with great weather and an opportunity to introduce ourselves to Glen Coe and Bauchaille Etive Beag. We've never walked in Glen Coe before and, despite my ageing body, we're both relative novices to hill walking and so the Wee Boochle looks like a good test for the more mature body. We arrived at the car park at 8.30 and were on the hill by 8.40 in nice sunshine. 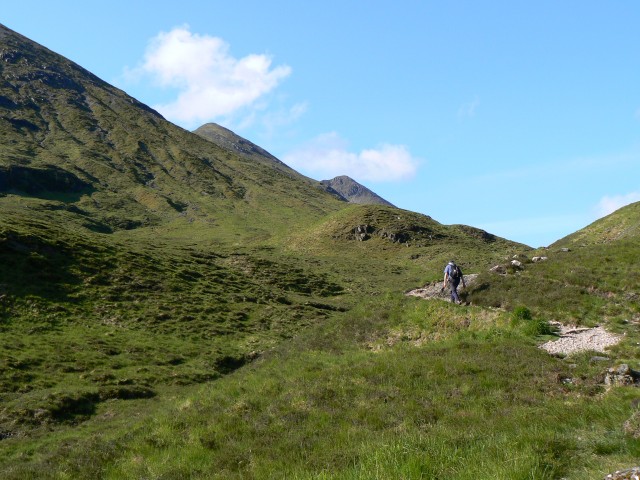 Height is gained very quickly - well for us maybe not so quickly - and the views are opening up. 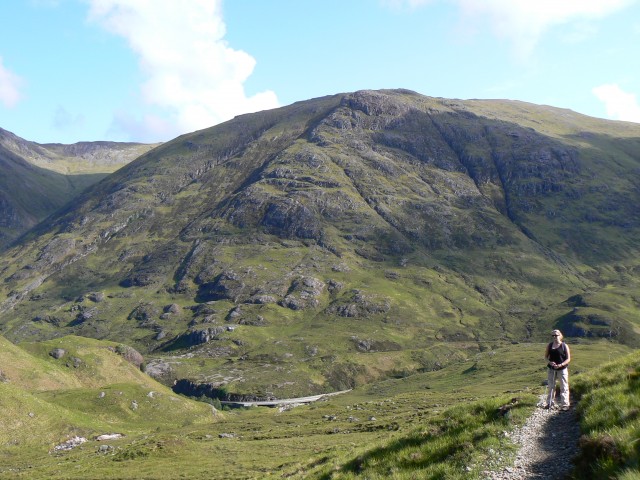 After a lot of huffing and puffing, drinking gallons of water and stopping to admire the incredible views we eventually reached the bealach and the hard work was over - more or less. At this point the views are gob-smackingly brilliant. 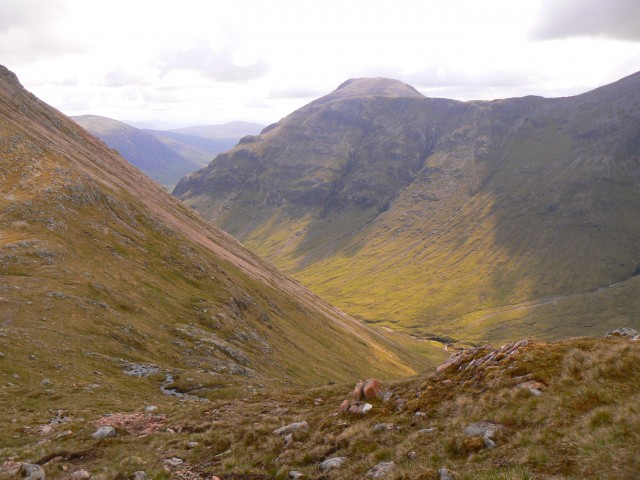 We decided to tackle Stob Dubh first and so it was up onto the ridge where the views got even better. 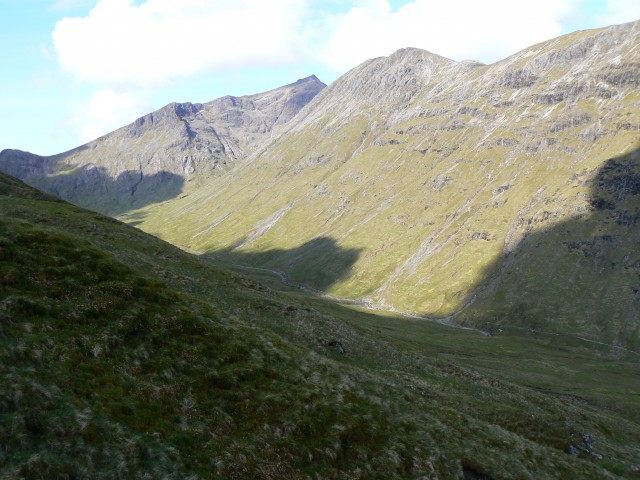 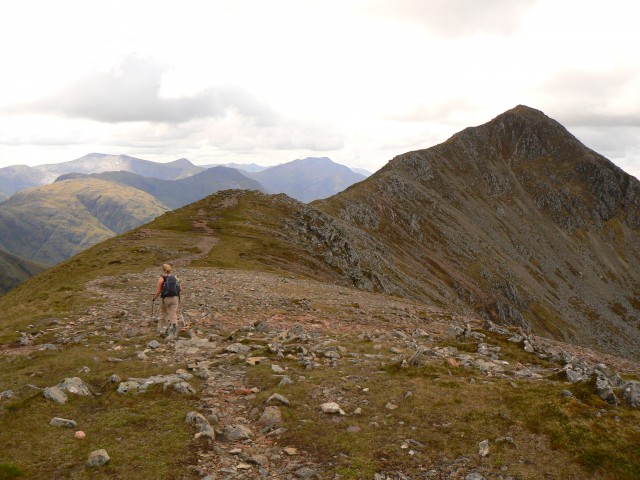 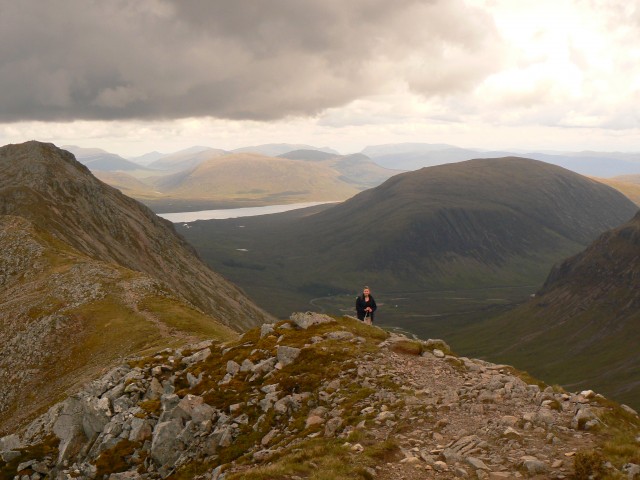 The ridge walk is magical and we soon reached the cairn where the mandatory high fives were pictured. We went the few extra metres to take in the sight of Glen Etive in it's magnificence. 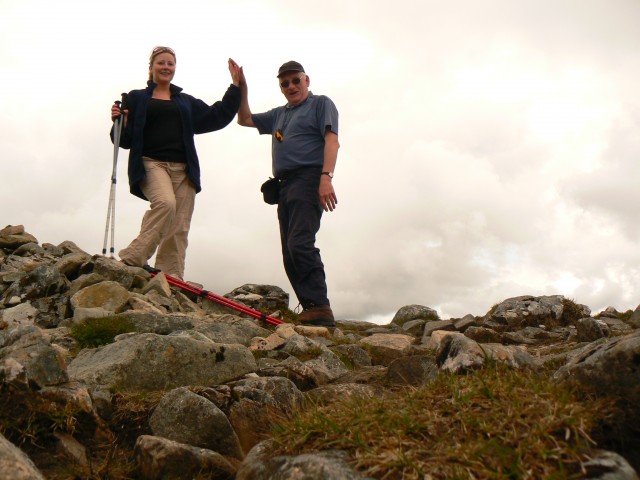 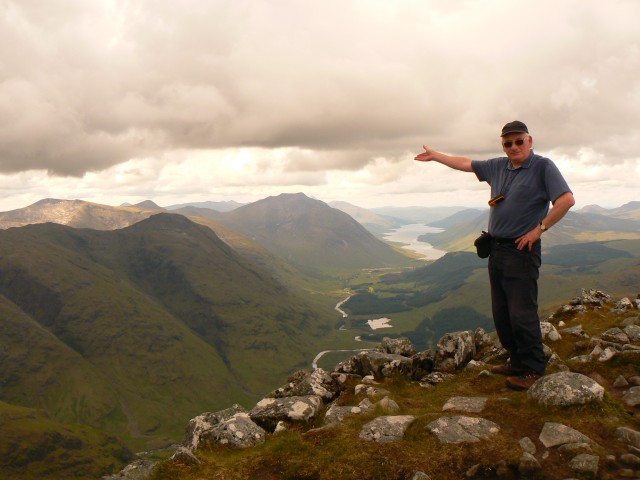 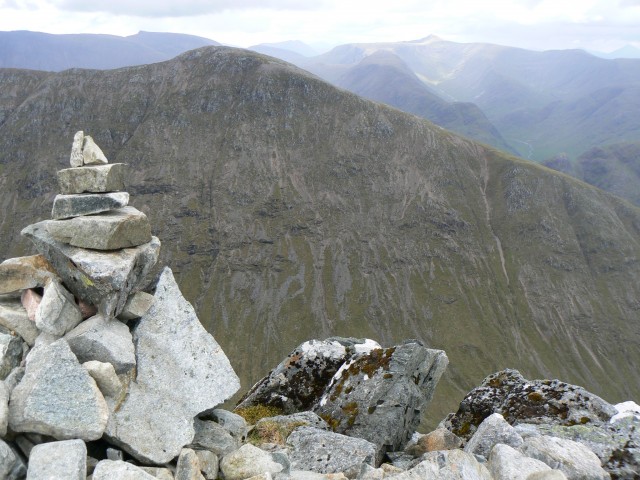 We spent some considerable time at the summit and daughter produced a penny whistle from her ruck sack and played a tune which fitted the scene perfectly.[youtube]http://www.youtube.com/watch?v=A2T9gmFGE8Y[/youtube]
It was with regret that we had to leave thr top however time was getting on. On the way down there were loads of pics to be taken. 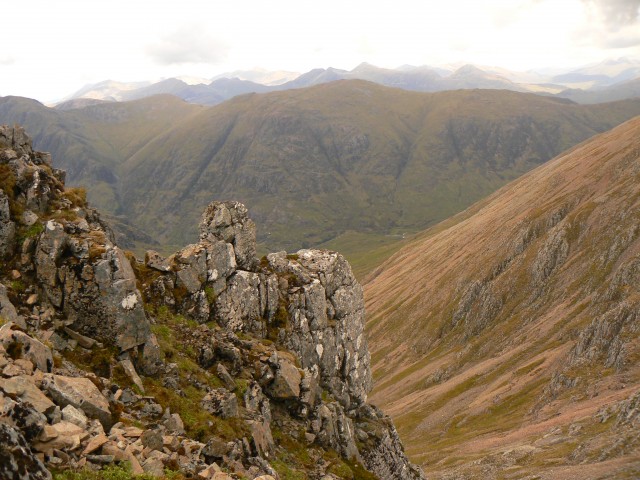 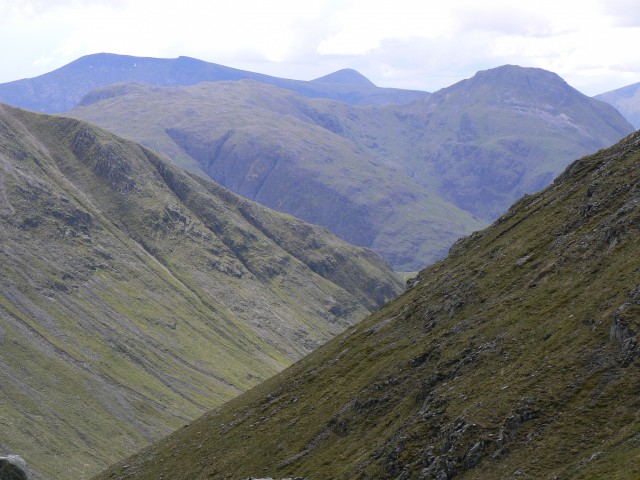 Finally we reached the bealach and as we started up the second top it struck - the damned cramp - both thighs front and back and I was out of the game - blast and double blast. I knew it would take time to settle down so I sent daughter off on her own to bag Stob Coire Raineach which she duly did. During her absence my legs recovered and I took a few more pics. 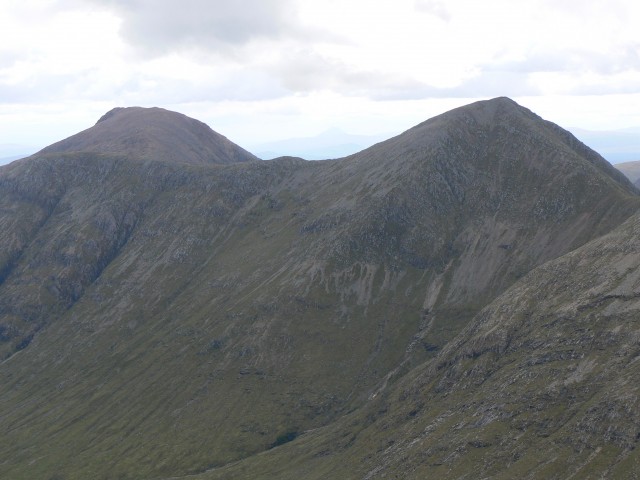 Soon daughter was on her way down. 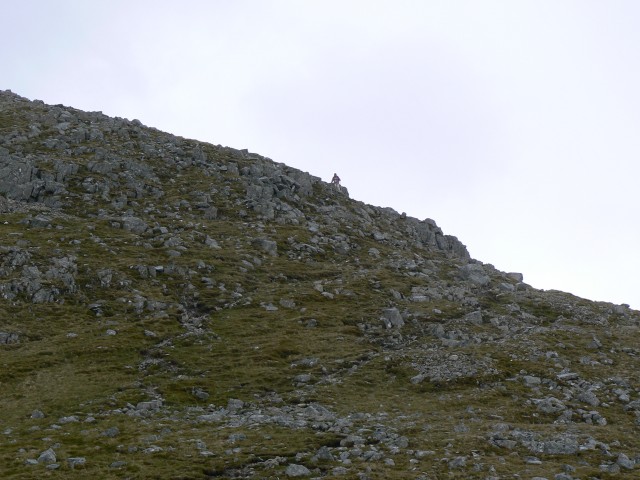 Then it was off home but not before seeing the old Search and Rescue Aircraft to add some more interest to the trip. 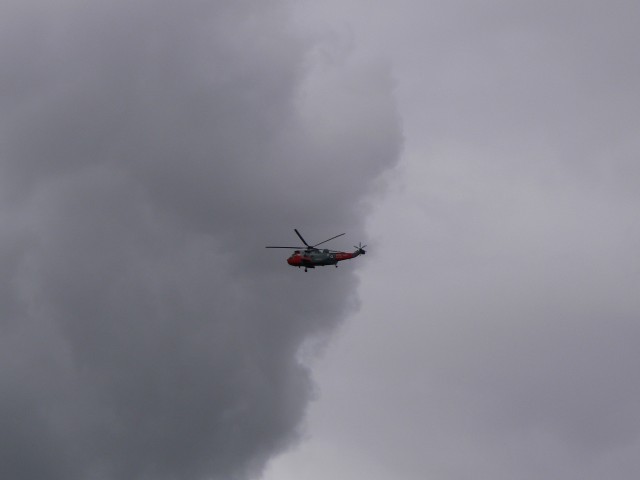 The walk took us about 6 hours in total and my legs were sore for about 3 days but it was well worth it. Come my birthday later in the month I'll be ready to challenge nature again - roll on!!!

Oldman ( even older next week)

Cheers Oldman(from one to another), some lovely pics there, Hopefully I'll be up there this week, keeping my legs crossed I don't get cramp

. I did Schiehallion a few weeks ago and my calves were killing me for a few days, but I guess you have to pay something for those views. Good luck with the other walks.
PS Pesky youngsters, eh

Nice report - looks like you had a great day. Some great views & photos there. Shame about the cramp - I've been lucky so far in that regards but no doubt it will catch up with me some time

Great stuff. We were on its big brother last week, again, the views were stunning. Glencoe really is a beautiful place to walk. I hope the legs hold out for the birthday walk

Nice report and pictures,i met you on my way down that day,we spoke as i was heading for the carpark.good to see the weather held up for you aswell.