What is the point?

What is the point?


What’s the point? I mean what is the blithering point? But it didn’t last. I never lasts. The cloud descends as I ascend.

For example here is a final wee glimpse of Loch Leven between the hills and through the mist before the clouds finally close in. And eventually the same old summit photie – one drookit walker and cloud – some rock but mostly cloud. Sgor na h-Ulaidh today but it could have been anywhere. All my summit pictures are the same.


It was the same last Sunday on Beinn an Lochain. Spot any difference? (Apart from one is an ugly old sod and one is a lovely gerl). Nope – it’s just all cloud.


The week before on Beinn nan Aighenan 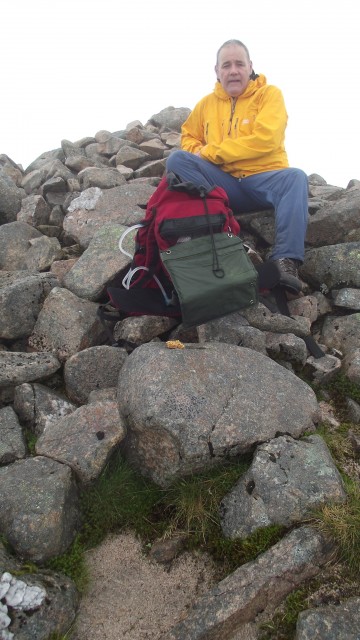 Hunners of clouds
Have you spotted the trend? Clouds and wind (and clouds) 
What am I doing wrong? I think I’ll give up hill walking and go back to scuba diving. At least I won’t get so wet! Re: Whta is the point?

Is it OK to make a comment about your own post? Sorry – that was a right old winge. Sorry.

Thats the Scottish weather for you, maybe you should go out the days i go out i seem have been very lucky so far in the majority of my hills have been in good weather

Flexibility in where and when you're planning to go. Be ready to hold off and not go and/or change plans subject to the weather. Doesn't always work of course as some of my recent trips demonstrate.

The weather's part of the fun - rainbows and storm clouds can be more interesting than clear blue skies. Its all right people saying you should pick and choose the days you go out,but for me this is not possible,so clag or not I need to go simple as that

you must not forget all the great days! i think i saw you on Beinn a' Bheithir - a brilliant day, remember?!

Hmmm. My first thought was: lots of people seem to say "if only this (car in front of me / woman / boss) would (move / love me / leave me alone), I will finally be happy". You seem to have chosen the weather as the source of your misery. Clever, because allways available as the culprit. Forgetting about the good days on the hill fits the pattern.

Why not find the real source of you thinking of yourself as - in your own words - an ugly old sod. Singing in the clag might soon become possible.

(I too come to the hills to feel on top of the world, and I know sometimes the illusion breaks down and one ends up lonely and miserable. Singing supersad songs allways works for me, rekindles the grin, the flame)

HEY hey hey......loved this report and all in great spirit too...

We all have these days, but I have to admit I am very lucky. Not all my dates are flexible and are planned long before weather forecasts are relevant. But I have to pay credit too to Valerie who has a lot of patience trying to interpret weather before we get out there, and sometimes we change location based on this night before. Great clag pictures - both of you!