Hi guys
Set out in the morning to walk Ime and Narnain having attempted it the weekend before and calling it a day because of some really bad weather.
The intentions were to do Ime first and back across Narnain
The reason for this reversal of the normal route was because one of the guys in my work had done Ime in the past and bad weather stopped him and his group attempting Narnain.
So i knew if i only got one done i could do Ime and come back with my workmate to do Narnain.
So having climbed Ime in really good weather, my brother in law that was with me had hurt his knee and was really suffering on the descent of Ime and we decided quite reluctantly to leave Narnain to another day.
Found Ime a lot harder to do than Ben Lomond but we were rewarded with some excellent views when we reached the summit 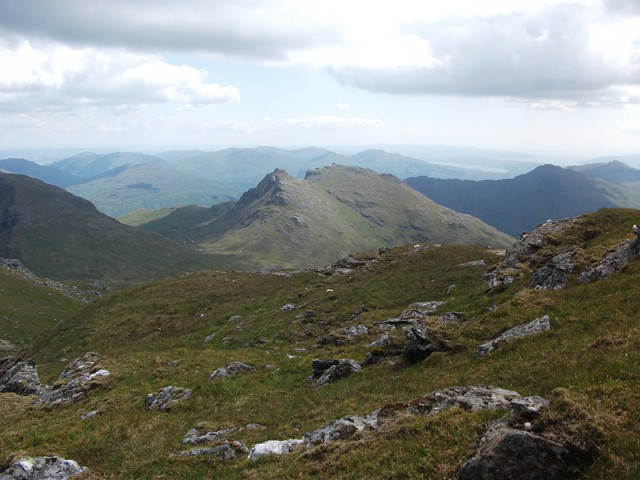