Bidean nam Bian One Man her westie the wife & the daughter

Bidean nam Bian One Man her westie the wife & the daughter


Was looking at the MWIS forecast all week. Decided Wednesday afternoon was going to be the best crack at a cloud free top, so went for this absolute beauty. I had intended in setting off at 9am from the Glencoe Car park, piper an all, however I ended up forgetting Meg's lead so a slight detour to Arrochar entailed to buy a new oversized Dog lead.

The prospects for the clouds lifting looked good from the car park however we ended arriving late at 1100 instead of 0900. 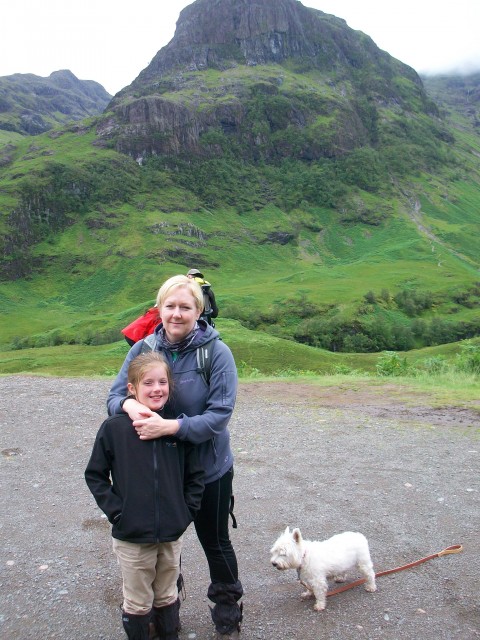 The route through Coire nan Lochan was stunning to say the least. 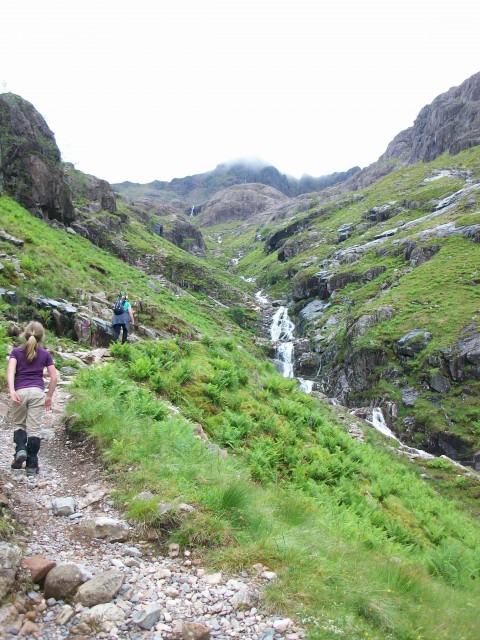 We kind of stopped for an early lunch break about one as Amber (daughter) was already running on empty, so by the waterfall we sat!

We didn't meet many people going up, however we soon passed a Dutch family heading towards the Lost Valley. I did try to explain I felt they were in the wrong valley of the three sisters however they carried on up. 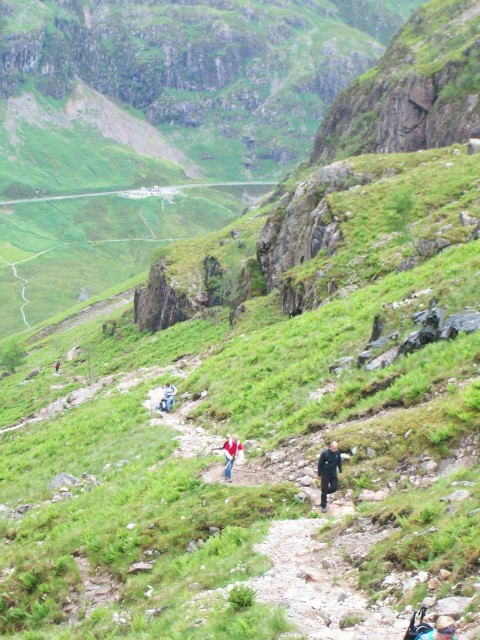 They peeled off to the left at the top (looked a harsh scramble tbh) and we went right and somehow managed to lose the path...

After a bit more climbing some scrambling we eventually started to turn onto Stob Coire nan Lochan. 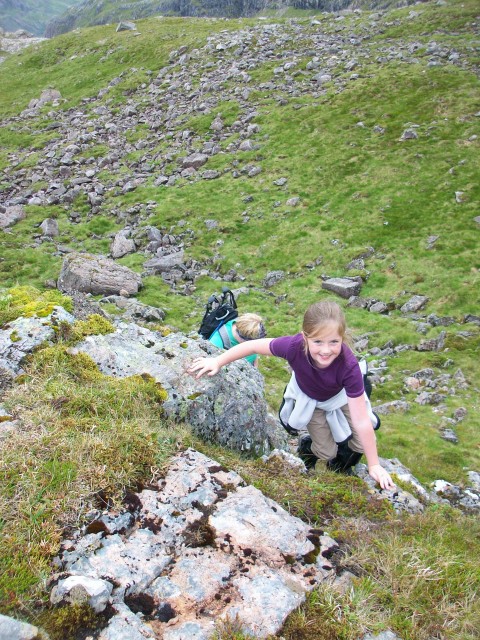 This was/is very impressive with some good drops into the Coire below and a good chance for Amber to practice some echoeing voices. It was at this point we started to encounter big I'm too big westie obstacles and she promptly got the daddy taxi up to the peak which we reached at about 3 pm (Too much photograph taking...stunning is the word). 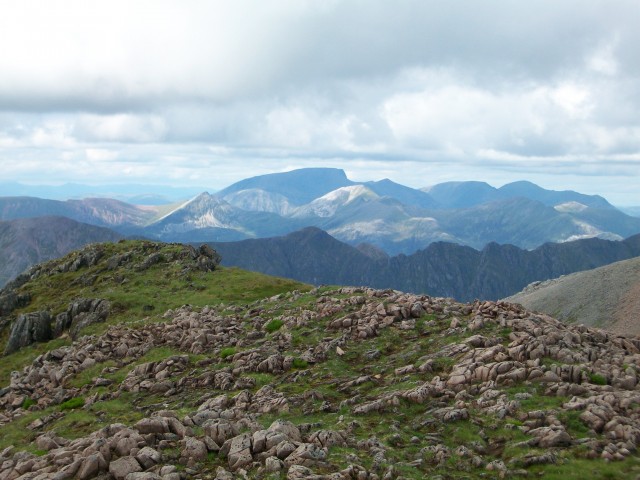 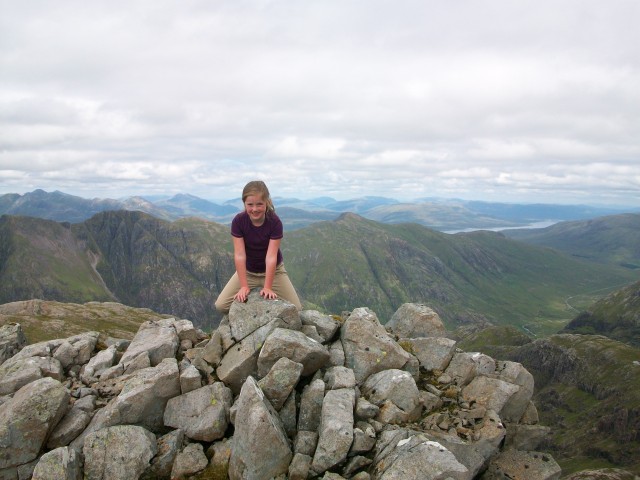 Fatigue was already beginning to set in and it was beginning to get very warm all round, The midge of course were still there reminding us not to stop too long...
Bidean was reached about 4-30 and I have to say that crossing from Stob Coire nan Lochan is stunning and quite thrilling. 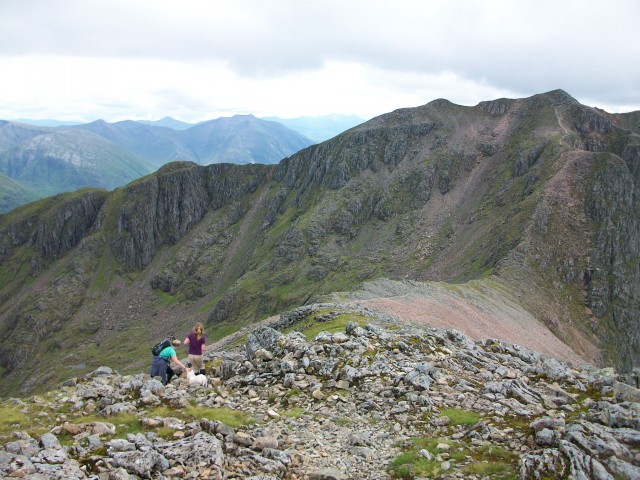 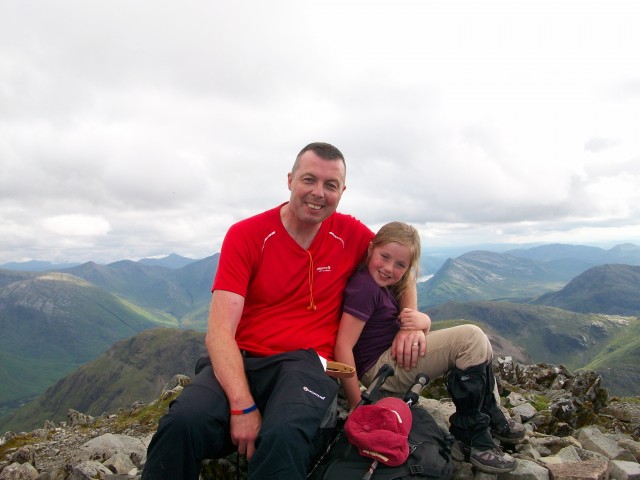 The girls at this point decided they weren't going to do Stob Coire Sgreamhach(Why is this considered a Munro and Stob an Lochan isn't baffled me! 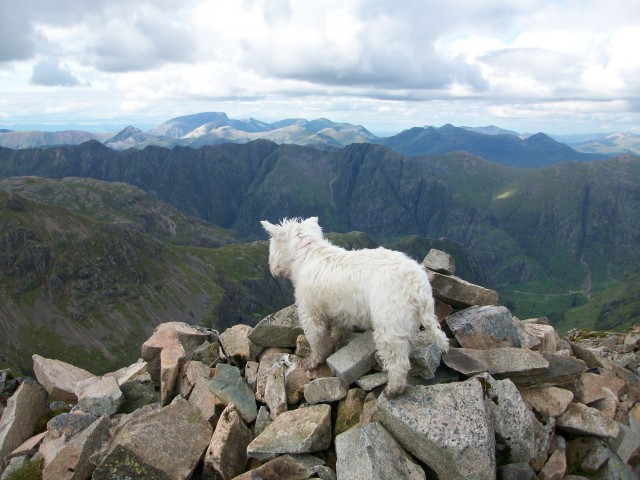 I then pushed up Sgreamhach westie in tow and we all met up at the Lost Valley turn. Now Coire Gabhail is very eroded to say the least and was a very precarious drop for a good 500yds although entertaining. 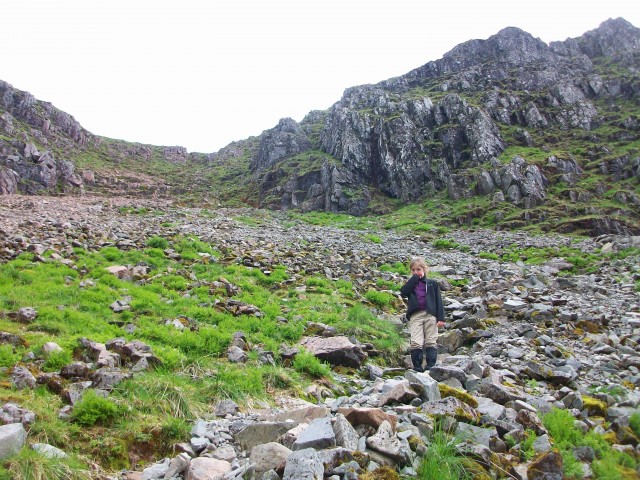 Upon reaching the Lost Valley we totally missed the turn up to te right and went for a scramble boulder dash until we realised the error of our ways and turned back. By now daylight was threatening to disappear and I was very conscience that Amber had been out now for 8 hours and unfortunately the car park still looked miles away. 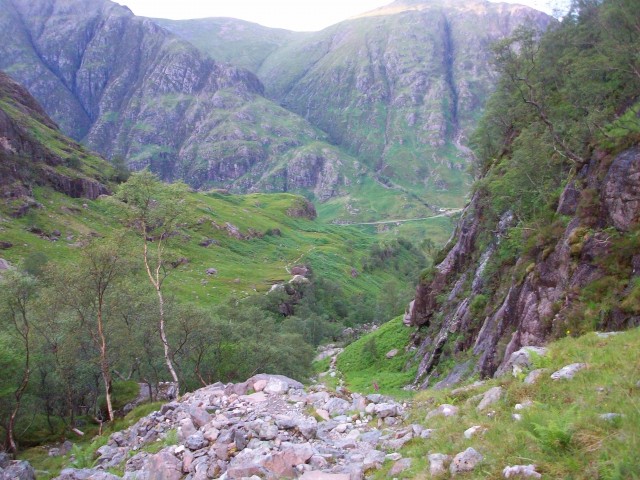 After crossing the stream rock hopping only one victim succumbed to the water(Sorry Jen!) we quickly moved down the track, met three fellas coming up (at 9pm) in nothing more than shorts trainers and shirts with no walking gear on at all!(dumbfounded!). We got back to the car at 10 pm very tired, past these fellas cars (only ones left in the car park) nutters! 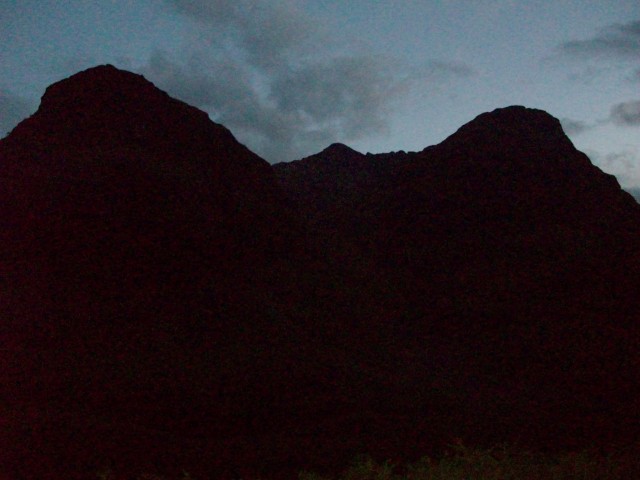 The drive back to Bonhill was a very quite 2 hours passed numerous Deer and some Owls. Overall a great exhausting stunning nice day by all. Ambers 4th Munro not bad for an 8 year old and a 14 year westie who is on her 8th! 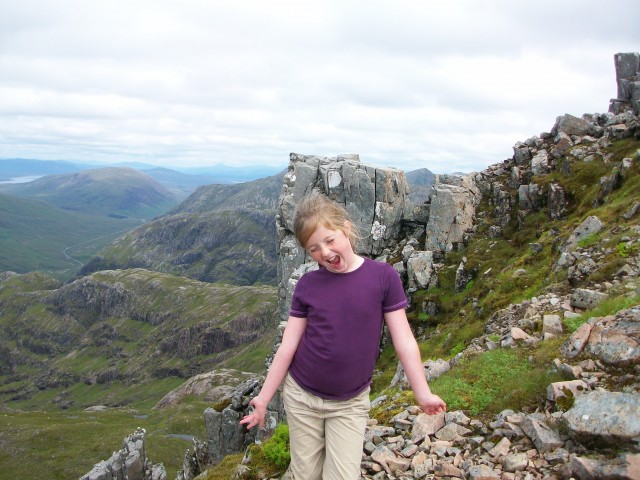 Superb,brilliant well done to all

Nice to see another westie in thier natural habitat.
I took mine on Scafell and Scafell Pike from Seathwaite last September and on returning to Seathwaite was rebuked by a middle aged man who insisted it was far too long a walk for a small dog!

excellent, leaving the house right now to head up there

Thanks for all the kind comments sorry it took me a while to reply I have been away in Germany/Austria trying my hand at some of the nice 2000m plus peaks down there(report coming soon). I really don't understand the issue with small dogs up hills or long walks. Since Meg has been doing these any ailments she was developing have totally disappeared and she is a much fitter dog for it. More miles the better I say..she loves it!