Munros included on this walk: Creise

sncreise.gpx Open full screen  NB: Walkhighlands is not responsible for the accuracy of gpx files in users posts
Having once climbed Creise by the north-east ridge of Stob a Ghlais Choire , i have always been keen to try a direct ascent , up the Sron na Creise as the scrambling gets a good report.
So rather than start from the White Corries ski lift area , parked at the bridge over river coupal in Glen Etive.
Got a great view of the sron driving west but i didnt have my camera to hand so took it on return route. 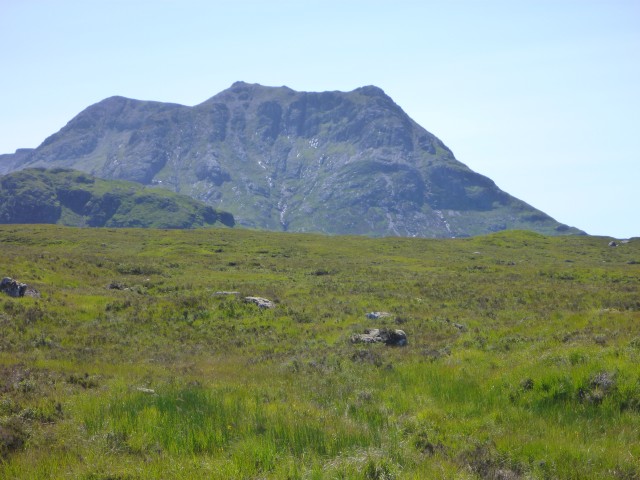 Walked out the back of the small carpark and followed the path down to the conference of the two rivers and crossed without getting my feet wet and followed the faint path that led to the base of the Sron..It then petered out and i just made uphill.
I've included below a rough line of ascent. 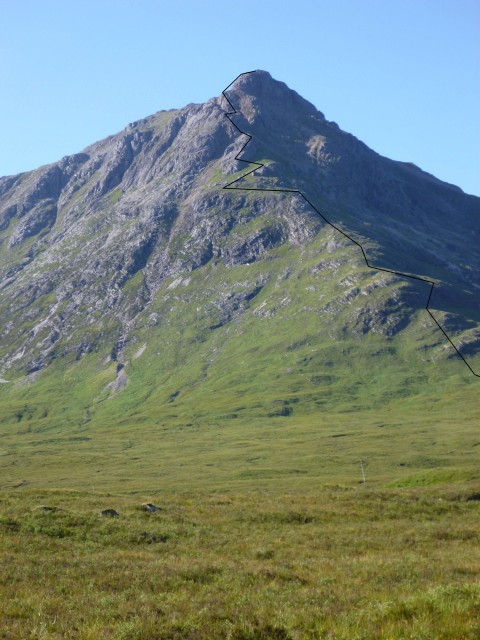 .
There are lots of different ways up this ridge.
You can keep to steep grass slopes or scree gullies or scramble up the rocky buttresses; and even they have lots of different grades of scrambling. I followed the route as suggested in "scrambles in lochaber" which searches out the best scrambling.
There is an easy scramble onto the first buttress , just left of centre.. 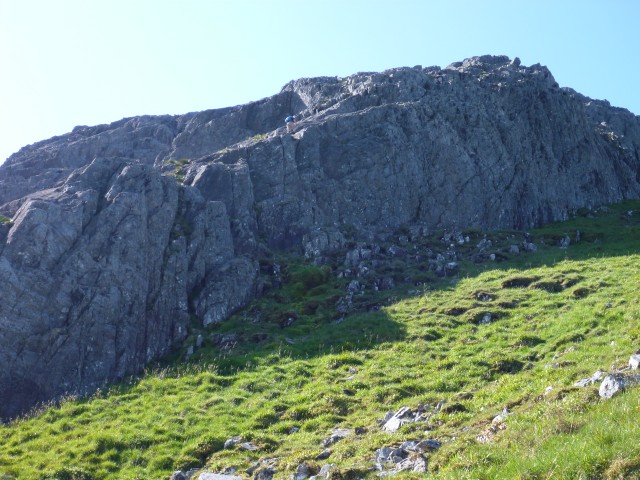 View down to road in glen etive. 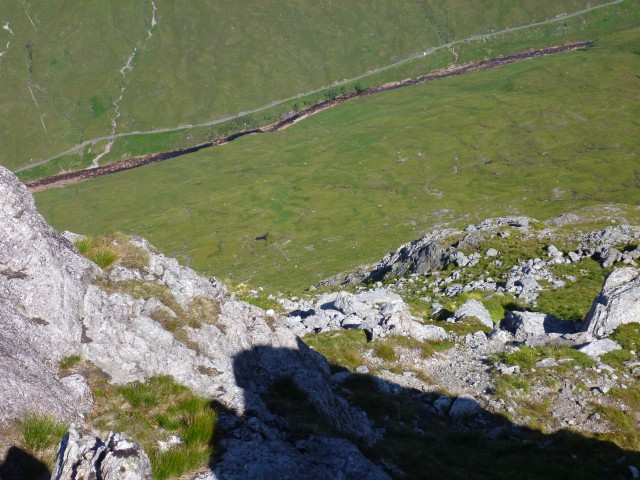 The buttress i have just come up is on the left, and i am about to cross over and start the one in the right of the picture. 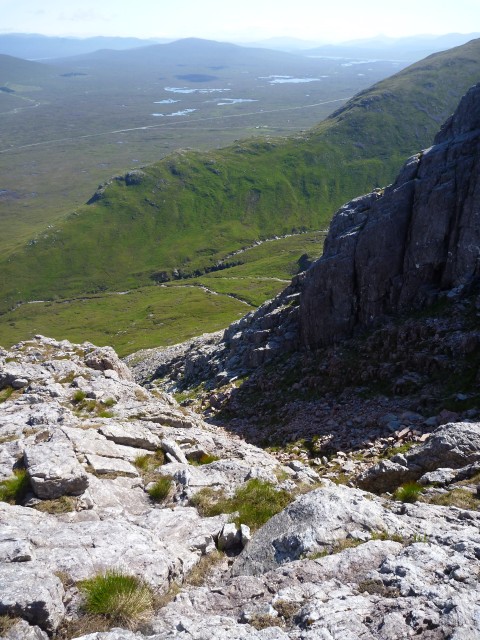 Looking uphill from roughly the same point ; and you can see the optional grassy central gully. 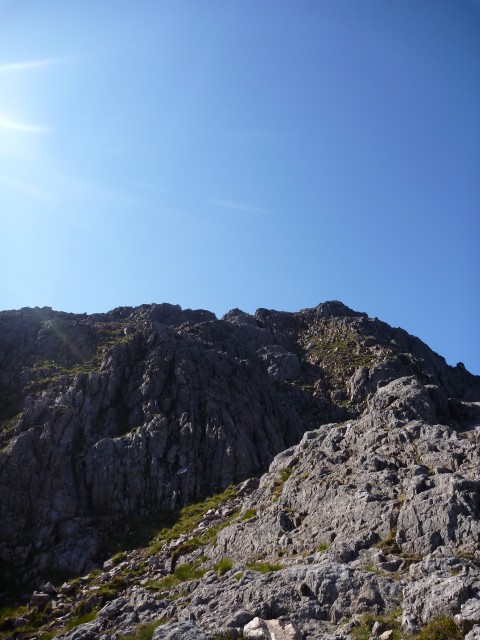 Even more choices from here until the top is reached. 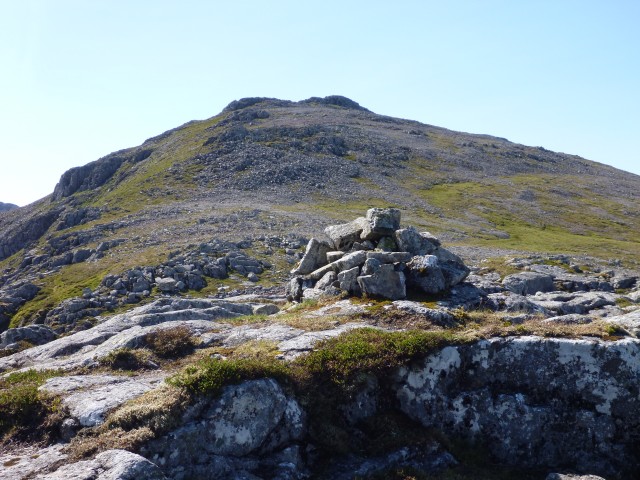 Looking back at Sron na Creise from Stob a Ghlais Choire. 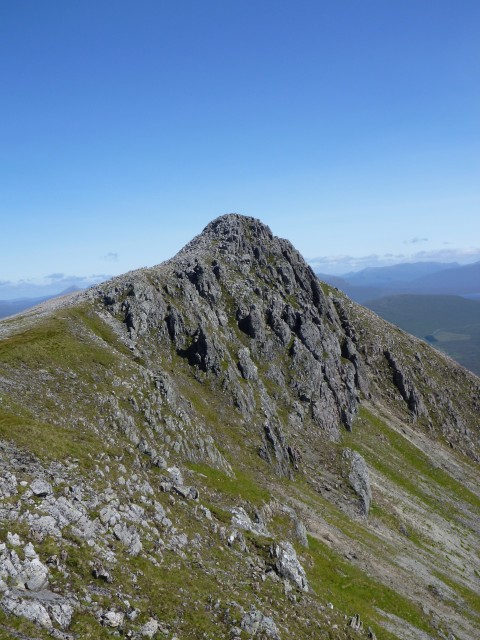 It had taken about 2hours to get to the top of the Sron because of investigating all the scrambling , so rather than an anticlockwise circuit to include Meall a Bhuiridh which i had done before, i decided to shorten the walk and headed to the right into Fionn Ghleann . As the stream was low low it was possible to walk down the flat dry rocky river bed in many places. 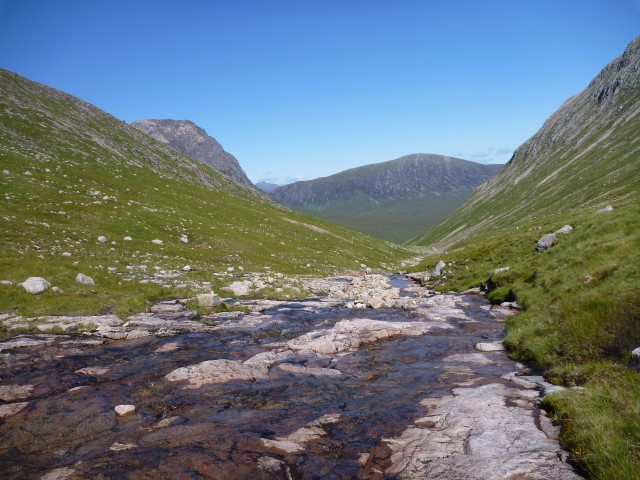 The walk back up to the car gave me plenty of time to look at the Buachaille and its easier to pick out Curved Ridge from here.
A great day out and definitely want to do again as i am sure i missed some of the good scrambling available.

Thanks for that. This is definitely how I will be tackling Creise!

Good report. I have been looking at the 2 scrambles mentioned in the same book but was put off this one. Looks OK though. Useful pictures. Thanks

Must give this a go.

When i did Creise i left the last top and promised myself i would only do it if i scrambled up. Still not done it

Great post. Me and my mate followed your route 2 weekends ago and had a great time. Great scrambling on, mostly dry rock with a couple of really exposed pitches but survived! Hazy sunshine all the way up and clear summit with a warm, gentle breeze, made for a cracking lunch. We continued over the ridge to Meall a Bhuiridh and yomped back to Glen Etive before a midge infested river crossing. Magic day out.