A free weekend and a bit jet lagged so I figured the best way to get rid of it would be a couple of days in the hills.
After a bacon roll at the Green Welly I managed to park, only a few places even at a reasonably early start and got going at about 09:00.
There was a group of 3 guys starting as I got there with 2 of the fittest dogs I have seen, a chocolate Lab and a Rottweiler. It was quite warm already but the views were good from the start. It is a pull all the way up that the good track makes easier and the breaking off up the slope to the ridge before Beinn a' Chochuill. The climb up the slope was not too taxing with frequent stops to admire the views. The views across to Ben Cruachan got better and better, it looked a bit like the Dolomites. I thought it was a pointy hill when I was on top of it many years ago but had not realised quite now much! 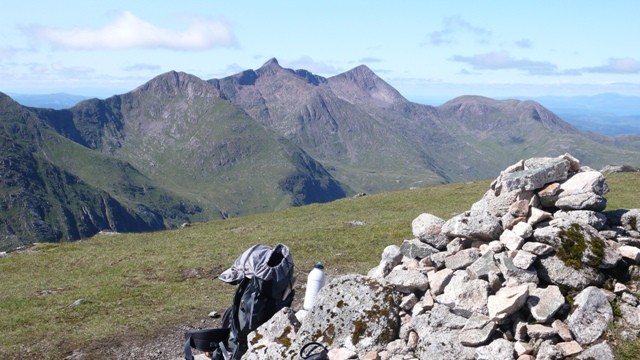 Once at the top the views were amazing. You could see Ben More on Mull, across to the Cuillins on Skye, the Etive hills and the Ben. Had to linger a while to take it all in. The people with the dogs appeared from the bealach between this summit and Ben Cruachan!
Set off back along the ridge and up to Beinn Eunaich, the day was getting hotter so a few more frequent stops, justified by the views I told myself. 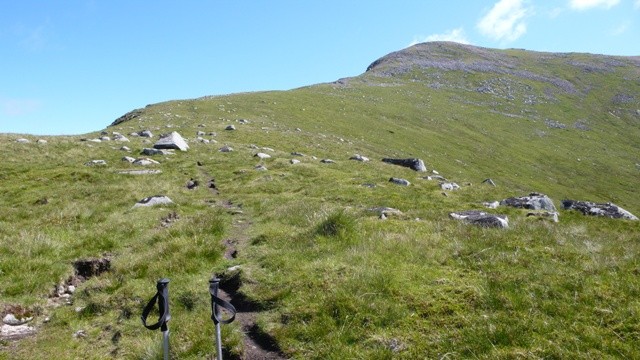 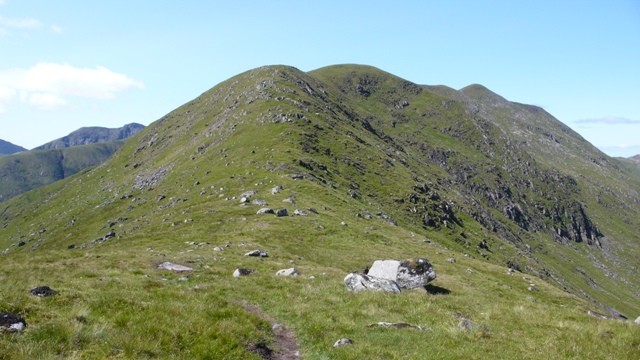 Once at the top the Jetboil was fired up for the Redbush Tea and a pasty was consumed avidly. Then followed the walk down the ridge to the start and a very steep descent to the track. Arriving back at the car not feeling too tired it was off to Fort William, find a B and B and dinner to prepare for the next day...

nice report and pics there steve

So that's what those hills look like. Couldn't see a thing when I was there. Great pictures, might have to them again on better day.