Started from 'station car park', up past the 24 road sign on the dam road 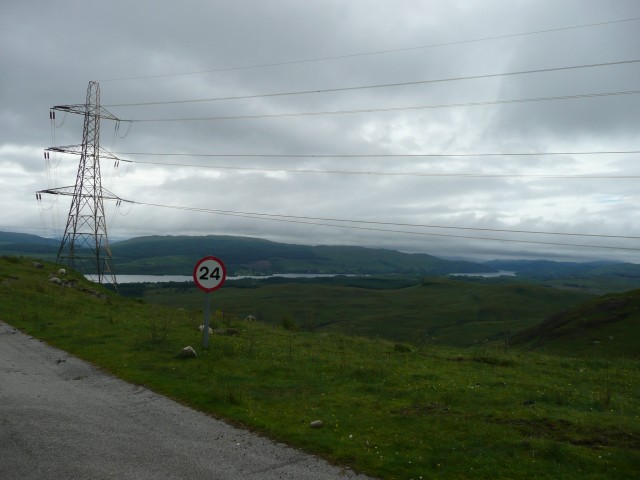 - is that a very precise speed limit? to the right of the dam 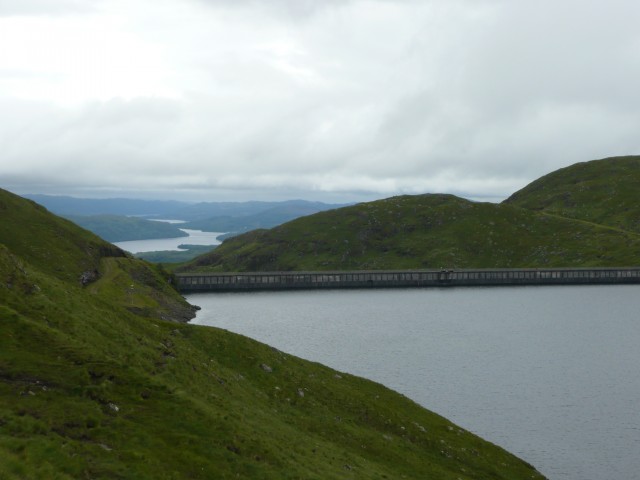 then on up to Stob Garbh, by which time I was in mist and cloud. Stob Diamh, then along and up the scramble to Drochaid Glas. Somehwere along there I met the only other person around, incredibly he wasn't walking towards me, he was running, and coolly looked towards me as he asked how's it going, totally footsure as he continued on his way.

Beyond Drochaid Glas I came to the small 'gap', 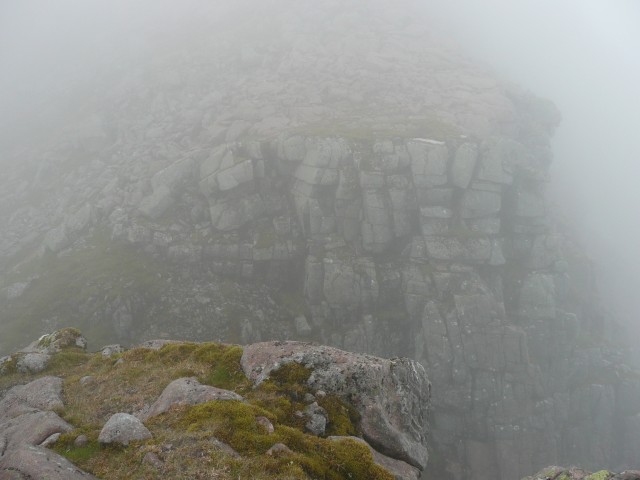 and since it was dry decided to approach down the sloping slabs, crabwise ie using most of five points of contact, hands, feet, and seat. I'd surmised I might be able to drop down by the close adjacent upright pillar, and that's what I did. 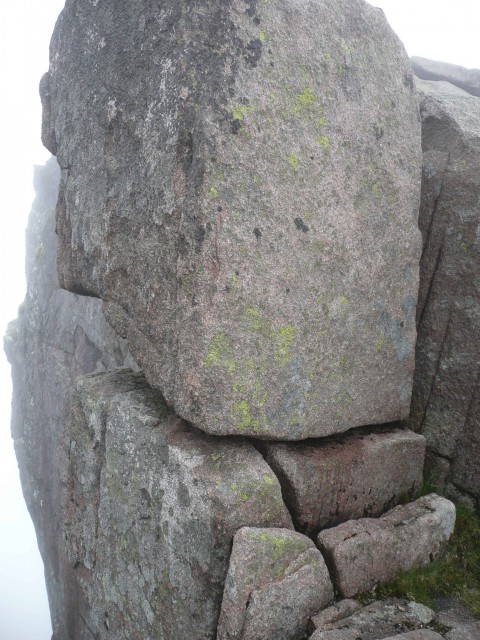 From there on up to the summit of Ben Cruachan with its OS pillar stump. 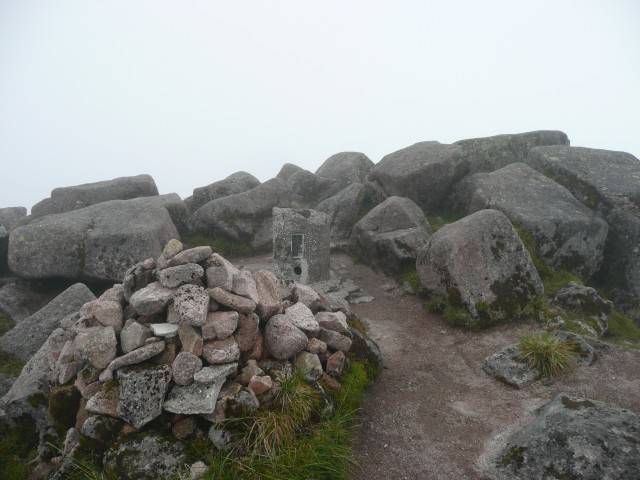 Just for a moment I was allowed a misty vision of Loch Etive but that was all. My inclination to forgo a visit to the 'Taynuilt Peak' was confirmed by the arrival of rain, so followed my compass due south, down, down hey what about Meall Cuanail? Eventually the down turned back to up, by now following the remains of a metal and wire fence, touched the 3,000ft mark again then on down eventually out of mist back to views of the lake, dam and Loch Awe below 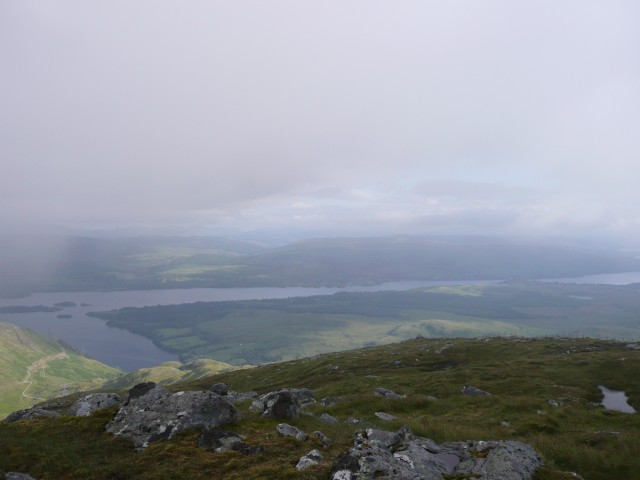 on the way down via the ladder.

Several days later I called in at the visitor centre, curious that I'd not even seen any water pipes or anything, and bought the £2.50 illustrated guide. The big two page dam picture didn't look quite right somehow. Where was the ladder on the left hand side? After further perusal it dawned on me that the picture was inverted and yes, the ladder appears to the right. I went back to the desk and mentioned my finding to the lady on duty. She confessed they have stocks of thousands of these guides, all with the photo printed like that. The same inverted picture appears on the front cover.

Nice report Ted, I don't remember reading about a "small gap" on this walk before.
Was that your actual decent from Meall Cuanail, straight line through the crags back to the dam?

Thank you. The gap is only very small, not deep, but I've seen it mentioned either in a guide or another walk report. The map diagram is a bit 'straight line', I continued south at first on final descent to steer round the crags.

Well done on your first two munros Ted. Shame about the clag but it wont be the first time

Thanks, and my apologies, I'm new to this website but not new to the hills, still need to enter my other 130 to get the record straight!