Did the horseshoe a couple of weeks ago with my workmate Chris and his dog. This was to be a walk of a couple of first's for me. I broke into double figures for a start

It was also my first munro walk where i could get walking in shorts and t-shirt which was very pleasant compared to my last outing!! Finally it would be the first time I had attempted more than 2 munro's in one outing

We left home at 6am tired but raring to go, Chris had just done his 50th munro through the week in a 50k epic in the Cairngorms so I didn't think he'd be keen to come but there was no stopping him.

Arrived to a full car park so after finding a space we were off and walking by 9am. I was looking forward to this walk all week as MWIS had forecast 90% chance of cloud free munro's although I know they can get it wrong and I was slightly worrried we couldn't see any tops early on. This only lasted around half an hour though (relief) as the clouds disappeared and never really returned all day after that.

The ascent up Carn Gorm was fairly tough going as the heat picked up slightly but with some great views starting to open up I was really enjoying it. After stopping for a bit lower down we made the summit in decent time just after 11. The toughest ascent of the day had now been completed as the drops between the rest of the hills aren't to bad after this. 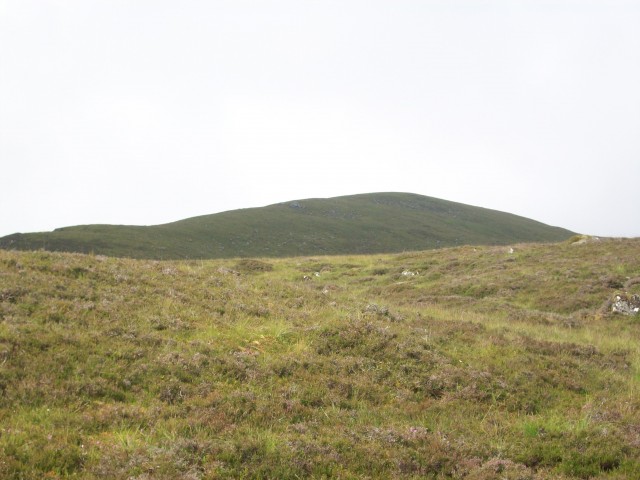 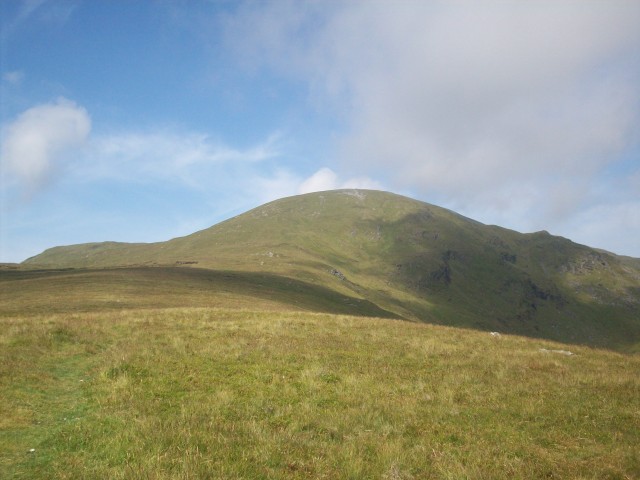 At the summit there are two cairns, the actuall summit on the map seems to be below the other cairn further along although we vistited both, maybe my eyes were just playing tricks on me!

Continuing our walk it didn't take long to reach our 2nd Munro of the day, Meall Garbh. This was to by my 10th Munro Climbed...Double Figures..Woo..early days yeat but progress all the same! Not the most memorable of summits for my tenth with the rather strange fence post trig point but at least we were getting superb views all around for it! 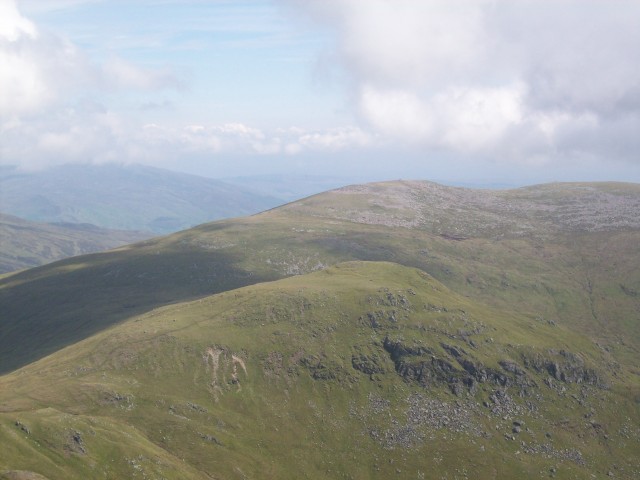 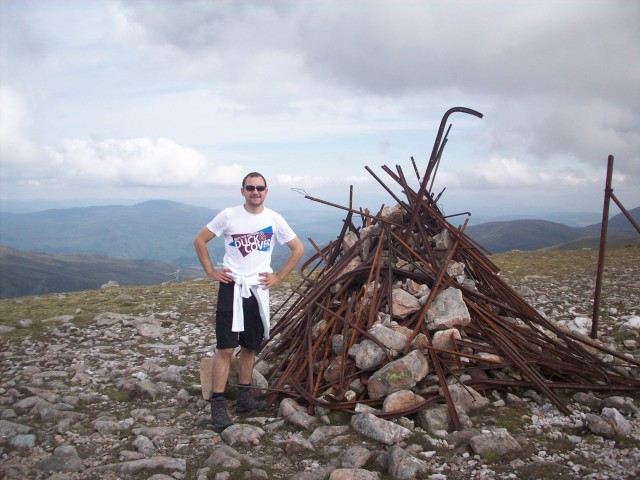 We didn't hang around for long here and pressed on to our third munro of the day Carn Mairg. We decided we would have lunch at it's summit but it was further than it seemed and i seemed to be getting hungrier. By the time we got there I was starving and the food was consumed in a record speed!

With some good views over to Schiehallion this was a great wee spot for lunch and also this would be our highest point of the day. The descent from Carn Mairg is steep and quite rocky so is one of the trickier sections of the walk. By the time we had started ascending our final munro of the day Meall nan Aighean my legs were really starting to get tired and the heat was wearing my down, for the first time in the day I started to feel well...knackerd really

Upon reachin the top we had a wee ten minute breather and got a couple of more photo's and a blether with some fellow walkers which was good. I could have sat there for ages but with a three hour drive home to be done still I wasn't wanting to be to late home! 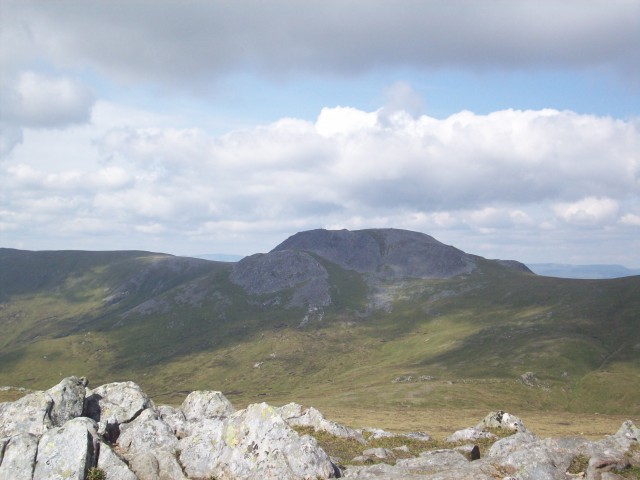 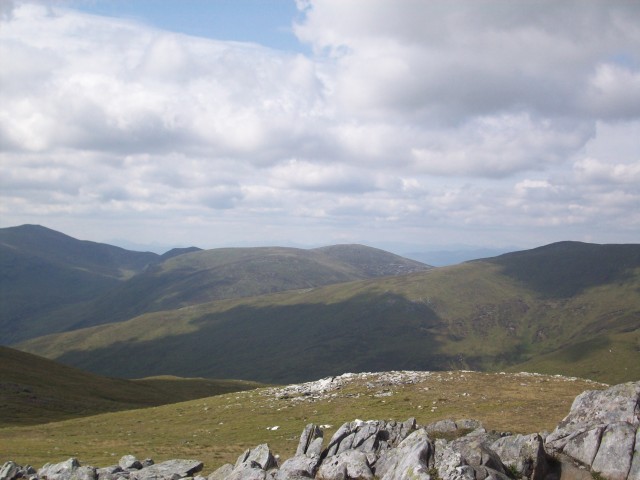 Looking Back to Meall Garbh Looking Back To Carn Gorm On the final descent to the car I was really feeling it on my knees, wished I brought the poles now but I guess it saved carrying them at the other parts, the descent took around an hour or so and was tough but we were rewarded with some fine views down into Glen Lyon We returned to the car and I was glad to get a seat, it had been a great day in great weather, sure I was finding it tougher at the end but that's what it's all about i guess, the weather and the views had been tremendous and with this bieng my longest walk so far it helps prepare me for what will be even longer walks in the Cairgorms etc. This would be a good walk done in reverse also i'm sure, would recommend the walk for it's views.

Had trouble uploading this, didn't seem to be on reports board till i put this reply in

nice to see what I missed in the clag

Well done on getting to double figures, still to be let loose on the Lawers Range, An Stuc looks a bit tasty!

Nice report and it is especially nice to see what the second half of the route looks like in good weather. I did the walk a couple of weeks after you and it were also my munros 9 to 12