The plan was to take in Ben a’ Bhuird as well, so took advice from my book and reports on here to take bike for first part of this and was glad I did, can get boring walking on tarmac.

Reached the wooden gate and into Gleann an t-Slugain had a look around for The Secret Howff, but was wasting time so moved on, When I came to the fork took left track downhill and this reaches Slugain Lodge still had bike at this time and decided to take it further as wasn’t sure which path I would be coming back
. 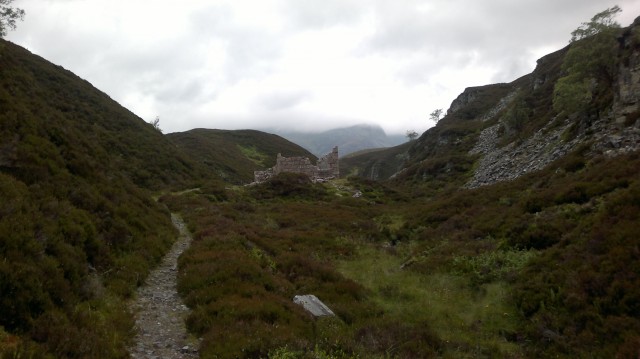 Eventually met other path and then reaching Glen Quioch, this is where I had to leave bike unfortunately not the way I wanted too after putting on patch and headed along path meeting 3 people and stopping briefly, taking a few photo’s of lowering cloud. 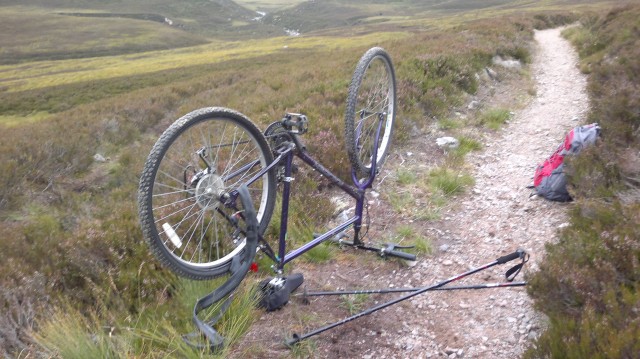 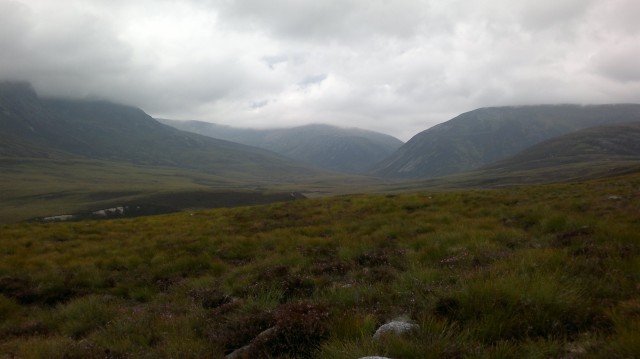 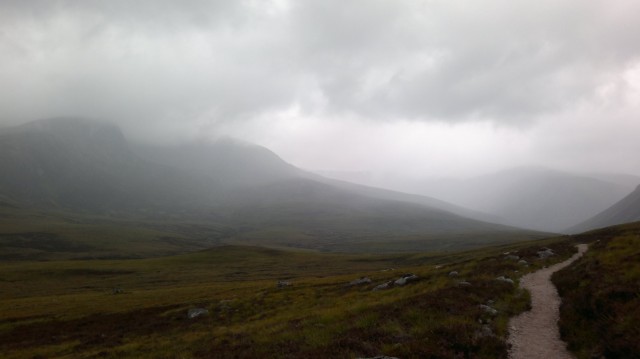 Crossed over small stream to go east and first path is off bounds to some kind of work being done on it so took the zig zag path up past the boulder of Clach a Chleirich. So now you have a grassy glen in front but the ground is very boggy and can only think this is much worse in the wetter months but looking back the views were good, made it up to the The Sneck and boom the view had disappeared cloud just moved in and wind was howling, took a rest here and looking into the corrie Slochd Mor but for about 3 seconds it cleared just as I put camera back in to give me a glimpse of what I was missing. 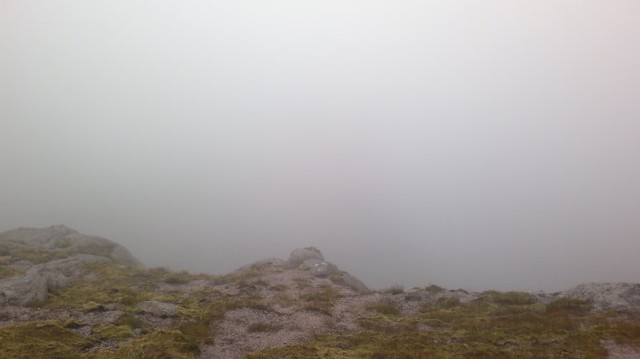 Headed right or NE up the zig zag gravel slope not seeing more then 20 ft, this munro was the first that I have used a map first at Gleann an t-Slugain and had it out a lot through the day until reaching summit, at the top of slope headed NE and had to stop once more to check map to see if I was heading in the right direction as visibility was zilch.

Eventually reached the big Tors it seemed they just appeared in front of me. 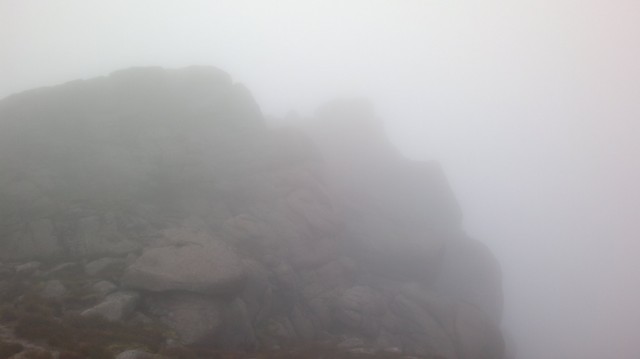 Made my way up these deafened by the wind and took quick break.

Making way back to The Sneck but seemed to be closer to corrie this time as I was coming down the slope cloud lifted a bit and got another view of corrie. 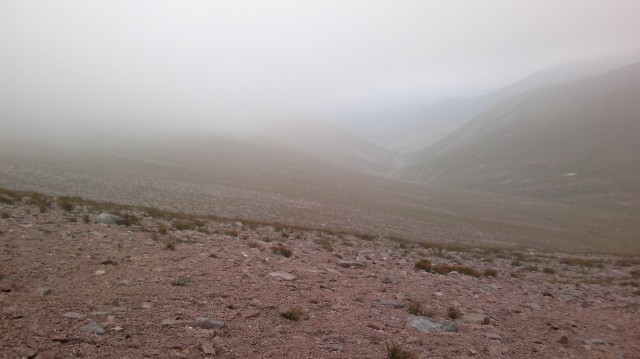 Decided to return to bike and leave Ben a’ Bhuird for another day, just as well looking back cloud was hanging there still, one last quick look for the howff but no luck so headed home.

Still having problems with the video

Rather than putting the embed code from youtube between the youtube tags on here, you just need to put the url of the actual webpage on youtube that has your video on it.

Love Ben Avon - high on the list of hills to return to.

Job done. Thank you once again