4 blokes 3 dogs and one Remedial

4 blokes 3 dogs and one Remedial


The weather forecast was very favourable for Tuesday morning/afternoon so we decided an Out of Office day was required. We all mustered at 6-30ish at the Inverglas car park(ok I was late as usual). We set off nice and early up the track and across the river from the Glen Lochy car park at 8 ish and made our way up the Eas Diamh and low and behold completely missed the turn onto Fionn Choire blah blah blah Never mind we carried on eventually after crossing the Eas Diamh several times we eventually popped out from the woods and tracked our way over on to the path between Lui and Chleibh. The climb onto the ridge was really quick too be honest and we were up onto the ridge between the within two hours of leaving the car park. We then decided which peak to go for first, Ben Lui was still sitting in the clouds so Chleibh it was and a fine peak she is too, although two of us both had Etrexs and they were both showing her at less than 3000ft.Not to worry we walked around a bit and bingo they were now nudging above 3000. Pictures taken we plodded down and went for Lui. Blowing one hour later we arrived...face of fatigue! 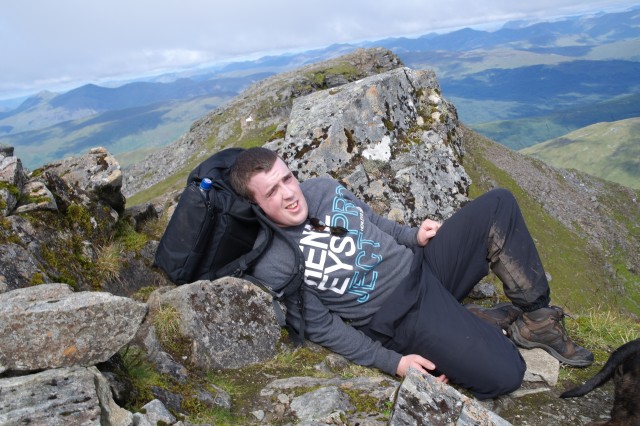 A great walk and a great view emerged....clouds gone yeehah. We re-traced the route back down and this time we headed down the very peaty Fionn Choire, very pretty though. 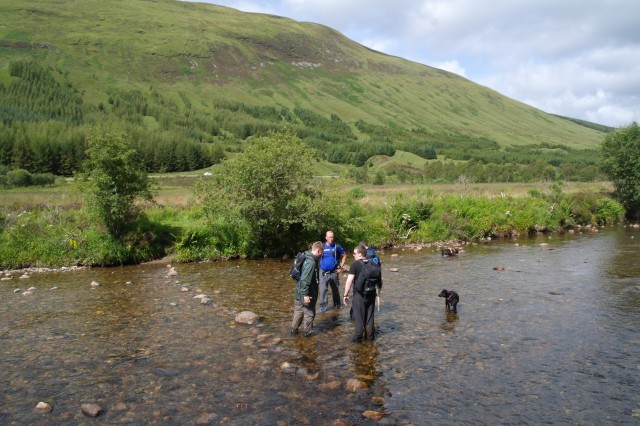 and we all went for a river walk although my westie has still to forgive me for dragging her through the water although it did clean all the peat off her... A real good walk on a cracking day. Very highly commended 2 great peaks! Dogs after a good 7 mile walk and a well deserved pint at the Drovers Inn!

Tuesday was great, wasn't it? Managed to get out a bit further west, so was getting great views of Ben Cruachan from the other side instead.

Yes a fantastic day from start to finish. the views over to Ben Cruachen were amazing, comments were made that was going to be our next route.

Was a great day for it last Tuesday! My gps also showed a'Chleibh under 3000ft until I wandered about. That view to the Cruachan range is fab