Two sporks to the wind on Badandun Hill

Two sporks to the wind on Badandun Hill


Was in Blairgowrie for a meeting and with no work commitments later that afternoon, I headed on up to tackle Badandun Hill.

Parked up just beyond the bridge over the River Isla on the other side from the castle and farm and headed up the track, initially following part of the Cateran Trail. At the large dog-leg bend to the right, I left the landrover track and cut onto a grassy track which contoured slowly around the SW slopes of Badandun hill, looking for an optimal line of attack. My pace was somewhat quickened by the onset of an attack of horrible big flies, not your usual pesky flies that buzz around above your head and occasionally into your eyes or ears, but big black buggers with red eyes ..... hundreds if not thousands of 'em .... I think I maybe nailed 2 or 3 at most.....

..... They just kept coming out of nowhere in droves. When they did land a blow it nipped. I tried embalming myself in copious amounts of the Skin so Soft that had spent most of the summer unused in the side pocket of my Vango daypack, but I remain unsure whether this deterred them or simply spurred them on. And then, after about 15 minutes or so of rapid marching and dancing like a deranged Morris Dancer (gawd, I hope nobody was watching through binoculars!), they vanished as quickly as they had appeared. They reappeared briefly about 5-10 minutes into the descent off the other side of the summit, but other than that the walk was uneventful save for one little oversight of potentially catastrophic consequence! As I was approaching the farm at Fergus, I stopped for a swig of water and a quick squizz at the map and to my horror, I noticed that the zip on the hood pocket of my pack was wide open. That would be the pocket that contained 2 sporks (which for some reason were in there) ....... my wallet....... and my car keys. Along with house keys and keys for various assorted cupboards, drawers and filing cabinets at work. Aghhhhhhhhh!!!!!! My panic was short lived however, as the wallet and keys were still there. As for the sporks, well, they had accompanied me through many day trips and multi-day wild camp epics, but where they are now is anyone's guess. The sporks my friend, are blowing in the wind, somewhere 'round Badandun Hill ... Mount Blair about 5-10 minutes in Across Glen Isla towards Monamenach Summit in the distance Creag Leacach and Glas Maol across the peat hags Mount Blair from near the summit Mayar and Driesh from summit trig 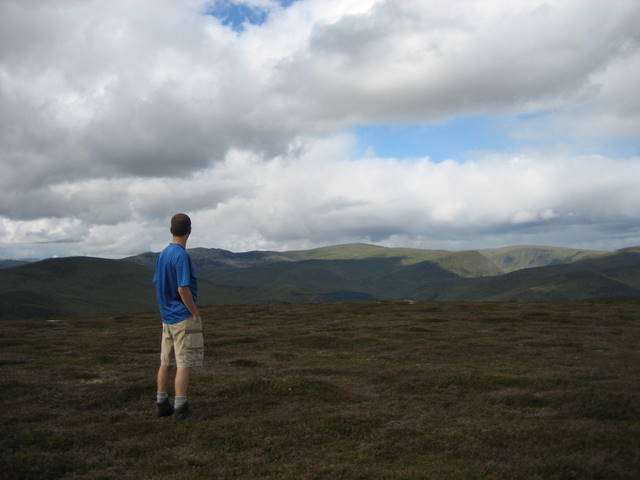 Descent NW to the track Mount Blair round the western slopes of Badandun Hill 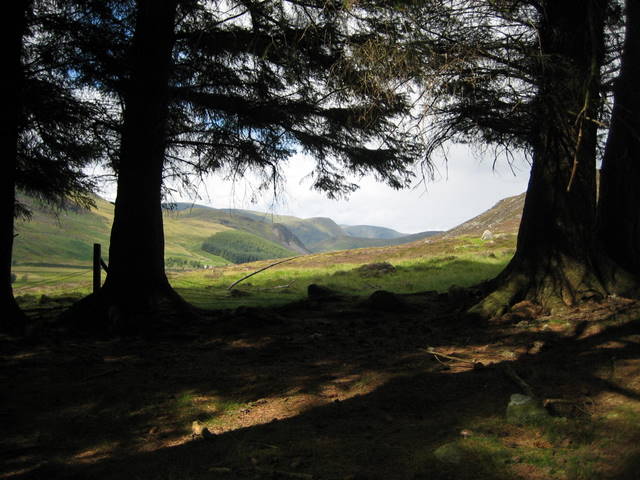 Approaching farm at Fergus - view north into the Caenlochan Forest South down Glen Isla from Fergus Field of Angus with Caenlochan Forest peaks beyond You're fairly racking up the grahams and sub-2000s

Like it too. Very nice walk and cool picture of the salt licker....

Nice route - it's such an easy hill to nip up and down the same route by, so good to see you found a decent circuit on it.

I quite frequently have car key paranoia, usually after finding a new hole in my pockets. Haven't lost them yet though!

Malky - thats you put the hoodoo on it!

I frequently walk back to the car to check its locked - despite knowing its locked. Its OK when you check while still in the remote distance, but a bit of a bugger when you are about a mile away!

Dont even get me started on iron paranoia. The number of times i have been late for work after going back to check is ridiculous - and every time it has been off!