I was hoping that Ben Lui might be on the other side of the low pressure system this weekend, but no such luck. The col and both Bens were covered in cloud, but I nevertheless persevered with the walk. The ascent of Ben Lui was in viz of about 30m, a great shame as you could sense the drama on the north side of the mountain on reaching the top. There seemed to be a major drop off the little ridge between the two cairns, but I'll have to get the views another time. On my descent of Beinn a Chleibh, the cloud base lifted and gave me a fleeting glimpse of the other top, which was pretty impressive, but less so than I guess from the other side.

As I re-entered the forestry, I started quietly flailing at the Forestry Commission who seemed to spend an awful lot of taxpayers money on brand new bridges (£30k a pop) and logging roads, but precious little on ditching or repairing the hill paths that they have obscured and wrecked with their plantations. There were several points where the path up beside the Fhionn Choire burn is just a mass of bog, held in place by tree roots etc, with a token fence stob lobbed in to tempt you in to it all. No thanks. Its a complete mess. They were loudly cursed twice as I inevitably lost my footing and hit the deck. And its not as if its been particularly wet up here recently. I feel a letter to the local MP coming on!

Despite the weather and the FC, a thoroughly enjoyable walk. 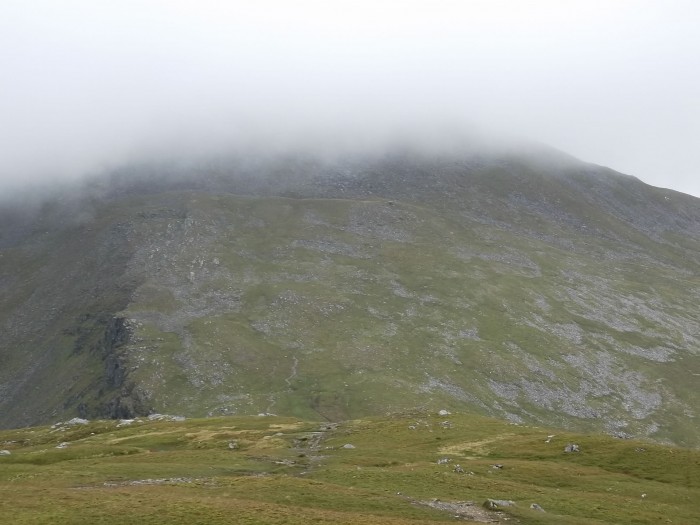 Hey Blanchie its always a **** when the weather turns against you. Good effort though.

I came a cropper in the forest too! Up to my behind in mud!!! It was a warm day so I was able to get washed in the river after. Wouldn't fancy it too much if it was chilly!

Yes, the only thing that brightened that section was the thought of the river to wash all the shinola off my boots!

blanchie wrote:Yes, the only thing that brightened that section was the thought of the river to wash all the shinola off my boots!

Ah a fan of The Jerk! As long as you can tell the difference, you wont go far wrong!!!

You are so right with the path and wasted money on bridges and new fences!

was up a couple of weeks ago. its a fine walk. we got good weather for the most part. but there were two occasions i was up to my knees in the mud becuase i couldnt use the paths as they were so waterlogged. then i landed on my back on the way down as it rained while we were at the top. overall it was a good day.

thanks for sharing report.