A nice, short walk along river Findhorn. It can be done from Logie Steading or, as we did it, from a small parking area on the roadside, just around the corner from Bridge of Logie.

our_route.gpx Open full screen  NB: Walkhighlands is not responsible for the accuracy of gpx files in users posts
The path meanders through the woods and along the steep banks of the gorge, with fantastic views down to the rocky glen: 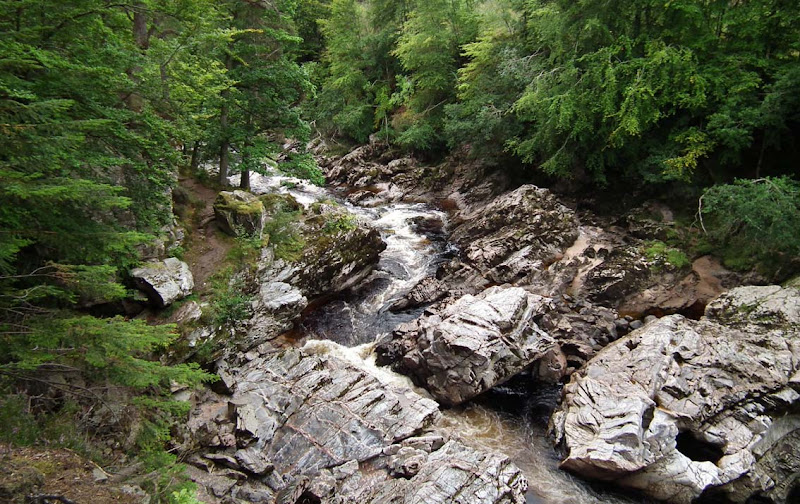 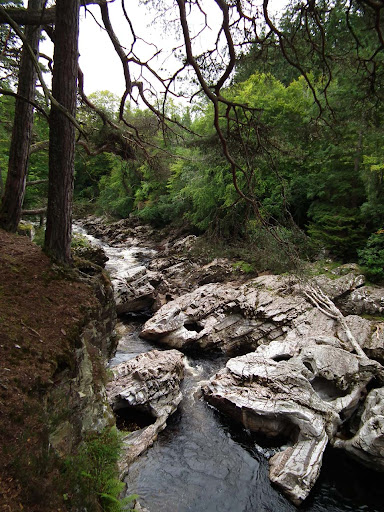 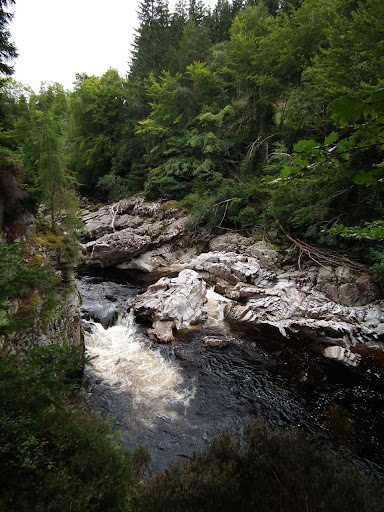 Bridge of Logie hidden in the trees: 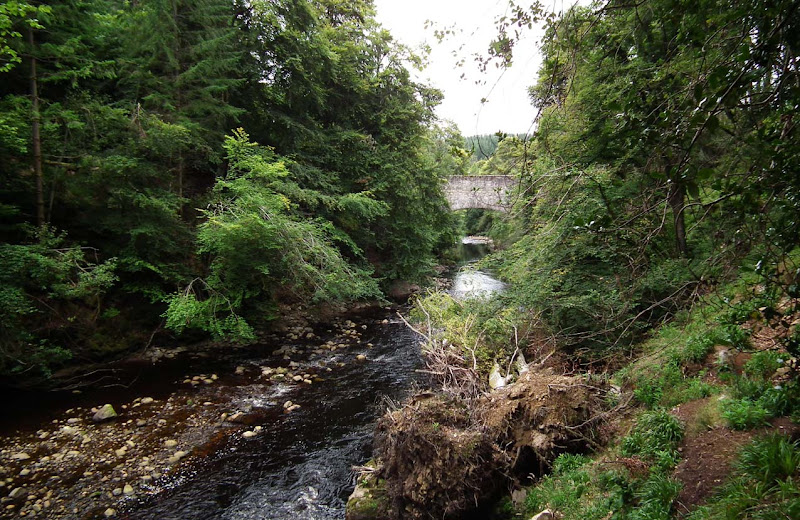 River Findhorn from Bridge of Logie: 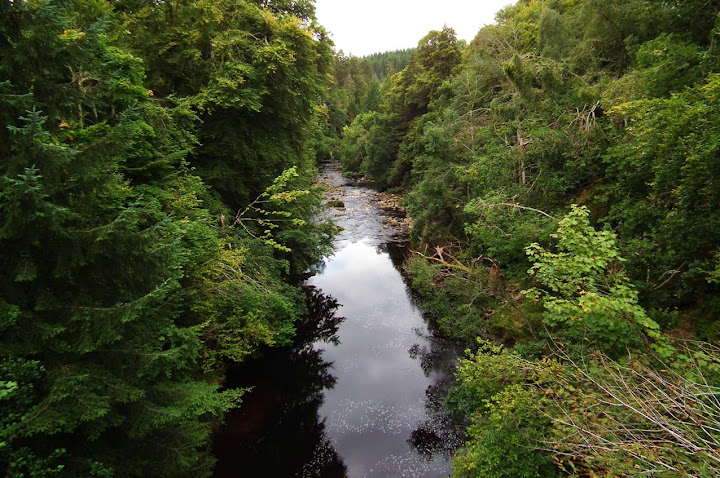 The "leap" itself only takes about 30 min to walk around. We were more ambitious and tried to explore the banks of the river Divie (the smaller of the two rivers) on the eastern side of the bridge, but the path here was boggy and overgrown. Additionally, the banks of the gorge collapsed in a few places, making our walk a scramble in the mud

After a couple of hundred meters we came across a mass of fallen trees and that was it. The path marked on the map on the opposite side of river Divie doesn't exist any more so we gave up and came back to walk along the river towards Logie Steading, where path is well constructed and easy.
Just next to the spot where river Divie meets river Findhorn we found a way down to a tiny "beach": 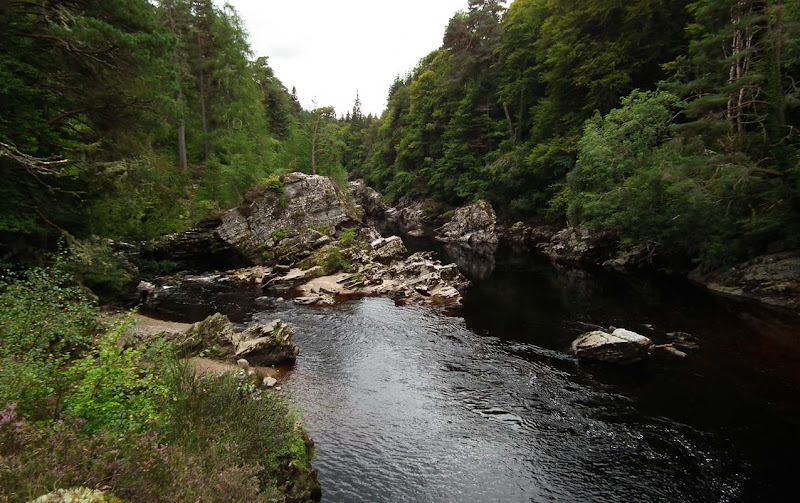 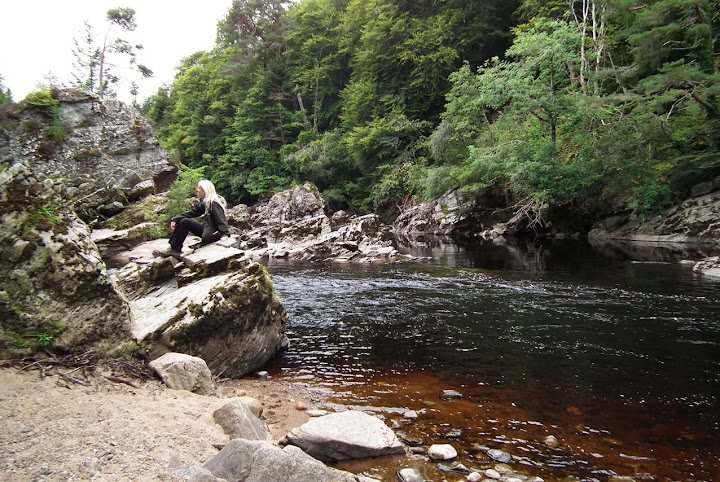 Eventually, we continued along the river bank to another viewpoint: 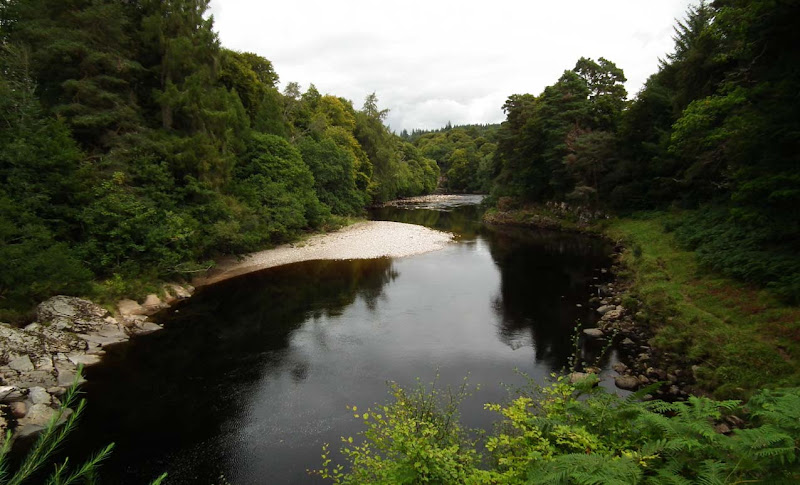 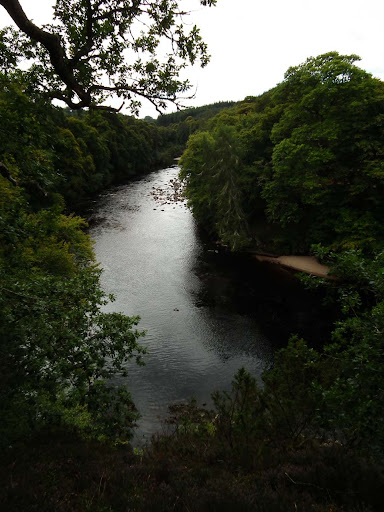 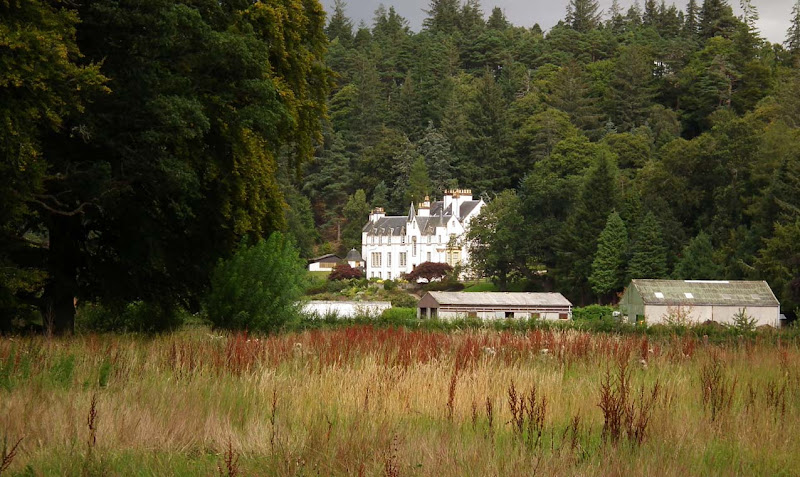 We didn't pick any of them, though, as my freezer is already full...
Mister Slippery Jack 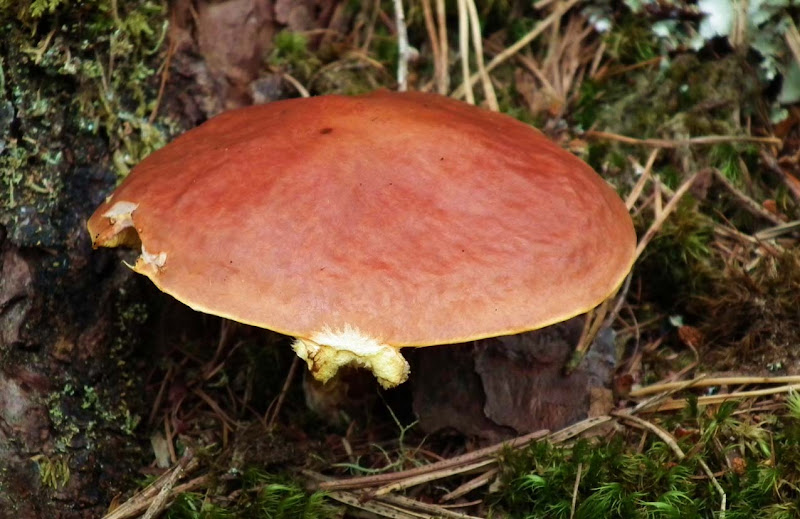 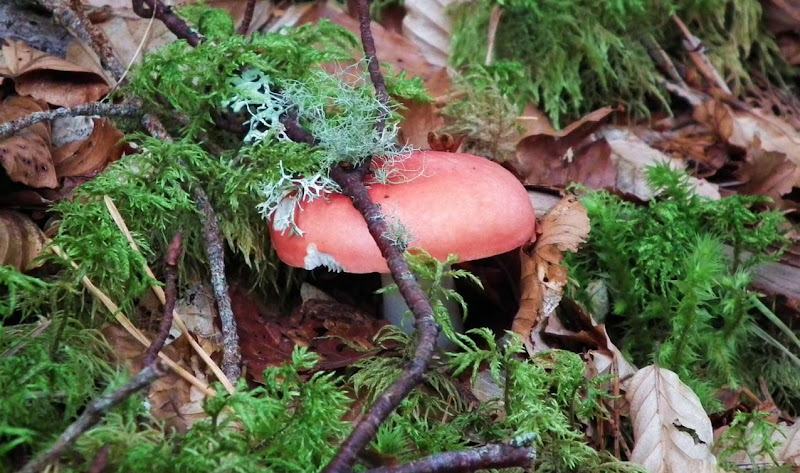 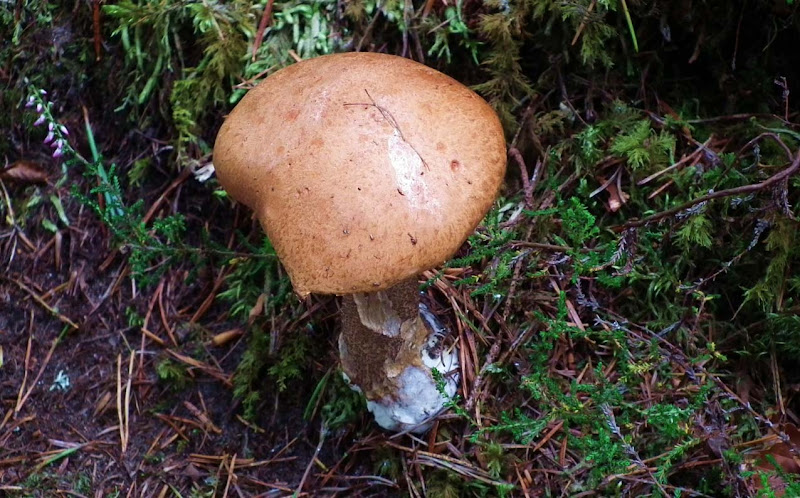 As a good addition to our forest exploration, we spent over an hour in the second-hand bookshop at Logie Steading

So, no mountains conquered this time, but another nice day spent in the countryside.

Looks like the rivers there have had the water changed into Guinness.

Great report Black Panther. I spent a week right there in June, paddling the Findhorn almost every day with Ace Adventures, a rafting outfitter just down the road. This is the way to see the river and have some adventure:

Here's the Logie House from the water:

Get in touch with Jim, the owner of Ace. He can lead you to the trail from Relugas Estate to Dunphail, right along the Divie. Just tell him an American river rat refered you. He'll know who it was. Views look like this:

The ruins of Dunphail Castle, which was sacked by Randolph after Alistair Bane made the leap across the Findhorn. This is a short hike up a hill from the Divie trail:

This is a really neat area to explore. Thanks for posting!

Join the Dava Way Association guides for the 3 Rivers Walk which explores the spectacular valleys of the Divie, Dorback and Findhorn. The guides provide information on the history of the area and introduce the walker to many majestic trees. The walk will skirt the edge of the Dava Moor and includes viewpoints south to the Cairngorms and north to the Moray Firth, weather permitting. A visit to the café, River Findhorn Museum, or other facilities is an option on your return to Logie Steading. This is a special one off walk negotiated with the landowners because it passes through a private garden.
For more details on how to book a place go to the Moray Walking Festival Web Site.