I picked Peter up at 7.30am on Sunday 28th August 2011 and we drove up Loch Lomondside from Glasgow playing "hunt the non cloud topped munro". We drove up to Crianlarich, onto Tyndrum and up through Bride of Orchy. No joy!
When we reached Glencoe, clouds abound too, so kept going. We decided that Beinn Sgulaird down the coast at Appin would be a good bet and luckily we called it right!

I accessed the Walkhighlands website from my Blackberry to find the recommended route. We parked at the end of the southmost road around Loch Creran. Thanks to the guide, we found the layby with the electronic sign and
the two paths nearby. The right path goes to the gardens with a big "Gardens Closed" sign, the left path is for Beinn Sgulaird - 3074 feet (937m). No head start here, this one starts at sea level.

The walk starts of a wide landrover track, which initally goes through the pine forest, but soon the path is cutting through a cow field. There is a cut off to the right when rises steeply up onto the ridge. This is "clearly" marked by a small cairn that Peter and I totally missed! Instead we kept following the landrover track round the side of the mountain. We decided to follow this landrover track all the way to the bealach between Beinn Sgulaird and the corbet to the right, basically all the way to the top of Coire Buidhe.


View from the top of Coire Buide back towards Loch Creran: 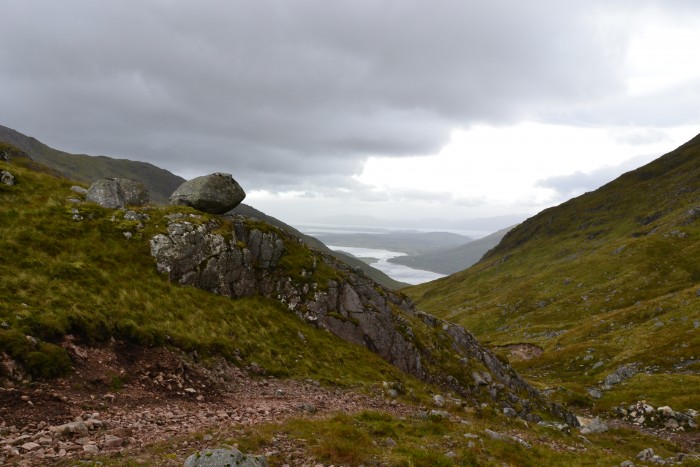 View to the distant summit, so diagonal ascent from here: View to the distant summit

At this point we cut up diagonally around the back of the mountain, and bypassed the 863m sub-top. We could see some feral goats staring down on us from that top. There is still a bit of ascent and descent to endure until the slog up to the true summit at the end of the ridge.

Goats looking down on us from on high: Goats are watching from on high

We meet the main ridge here, just after the 863m summit: 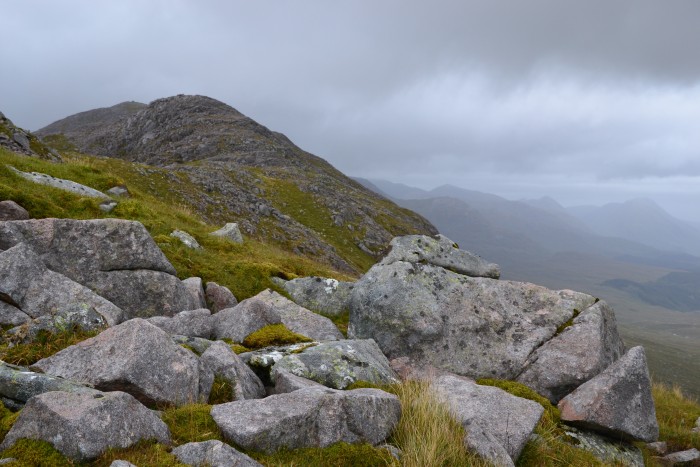 Looking forward to the main summit from the 848m summit: Looking backwards to the ridge and the sea: 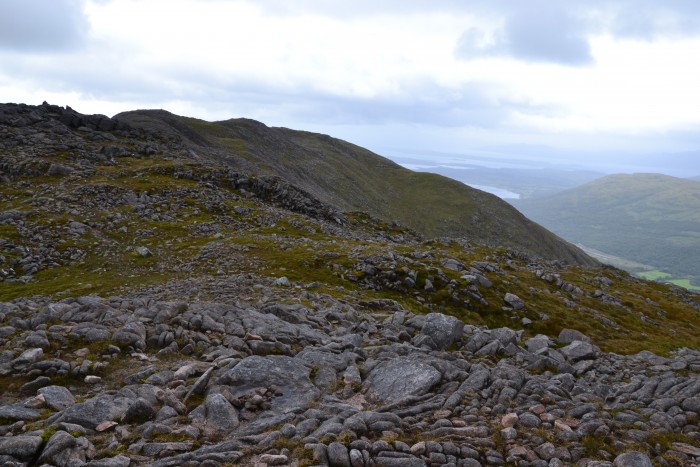 The summit gets a bit of cloud briefly: 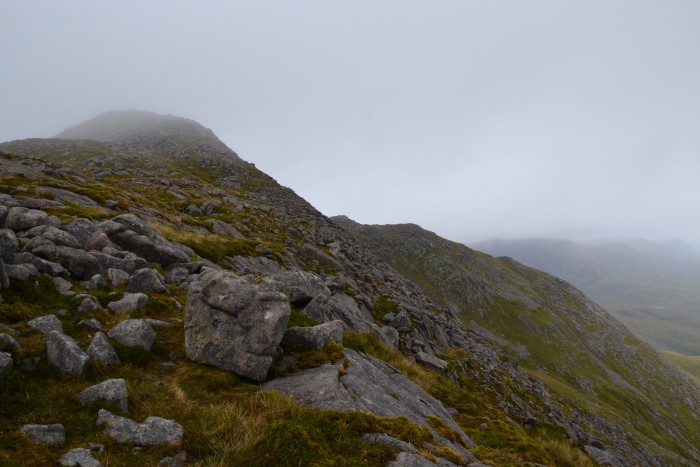 And the ridge gets the cloud too: 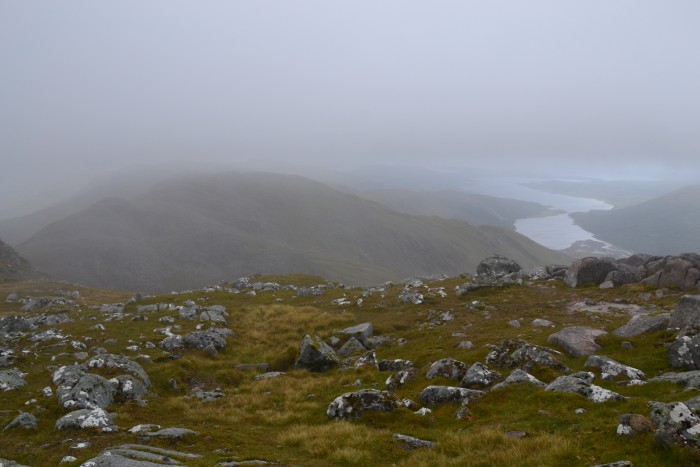 
We then returned via the same route, but this time sticking to the undulating ridge all of of the way. At the top of the 863m summit, I encountered the feral goat herd, almost 10 strong I reckoned. I ventured as close as they allowed and got some photos. At this point, I noticed the strong smell eminating from them. I'd describe the smell as like a hamster cage that hasn't been cleaned for a while.

The mountain goats up close: Goats with Ben Starav in the distance: The decent is pretty steep and Peter and I were convinced we'd made the right choice of ascent. I loved the fact that when you exit the ridge the layby where the car is parked is not too far away at all!

View back up to the Bealach that we aimed for initially: The (not so obvious) cairn that marks the start of the ridge ascent: 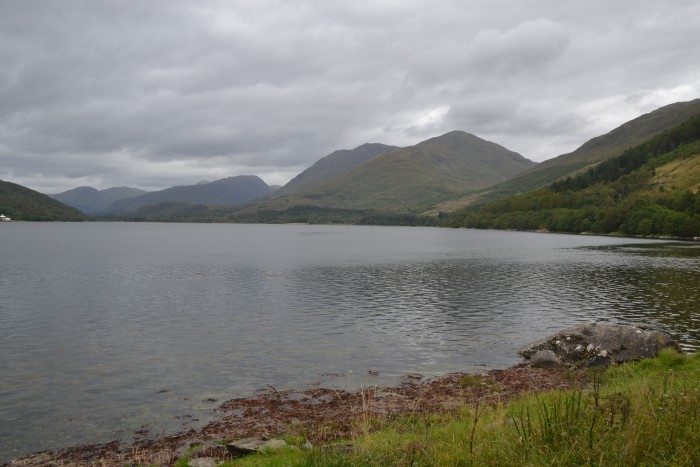 Re: Feral Goats of Beinn Sgulaird

Did this hill the opposite way round to you on a scorching hot day in 2000. But sadly didn't see the goats.

Maybe too hot for them and they were lying low in the shade.

Re: Feral Goats of Beinn Sgulaird