A stretch of the legs after a week in the sun

A stretch of the legs after a week in the sun


After getting home the day before from a great week in the sun of South West Turkey with Brenda I thought I would use the rest of the week to do some walking. Headed up to Fort William and after a curry and a good sleep it was of to Fersit, parked up and walking at 09:15.
I parked near An Dubh Lochan and headed towards Creag Fhinaclach. I decided I would keep below the height and angle toward the level ground below Meall Cian Dearg. 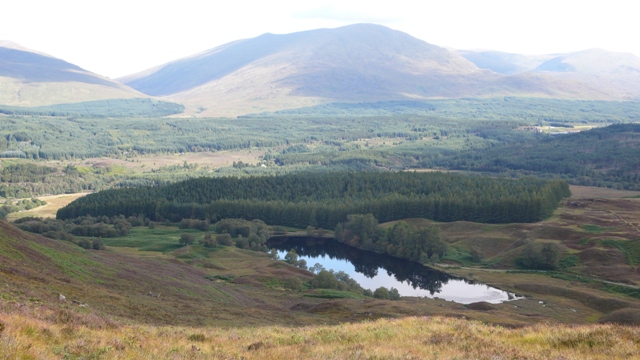 Followed bits and pieces of path and made my way up the heathery slopes then headed to the Hydro Pillar where I joined the obvious path. 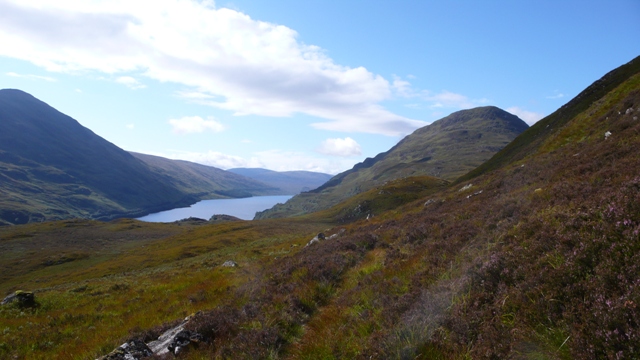 It was a lot boggier than expected which got me thinking about returning back along the main ridge rather than go through this or the unknown condition on the usual descent route.
A fairly straightforward scrambly path up the nose of Meall Cian Dearg and then across level ground until a climb to more level ground before the final climb to the summit of Stob a' Choire Mheadhoin. 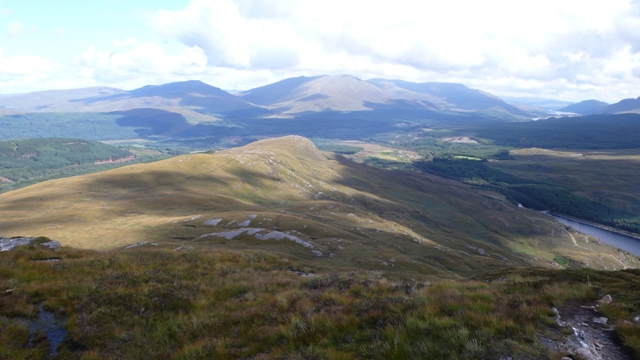 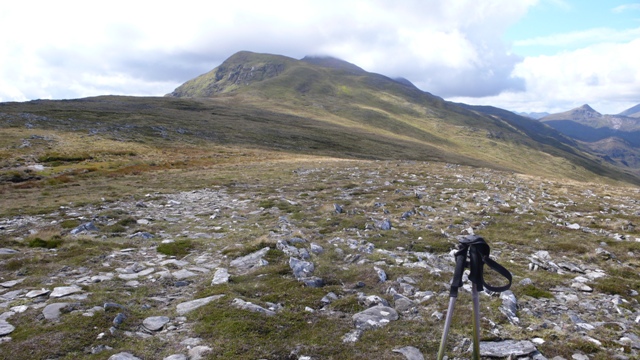 I was pretty hungry and cold now so a quick stop at the cairn for some food then on to Stob Coire Easian. 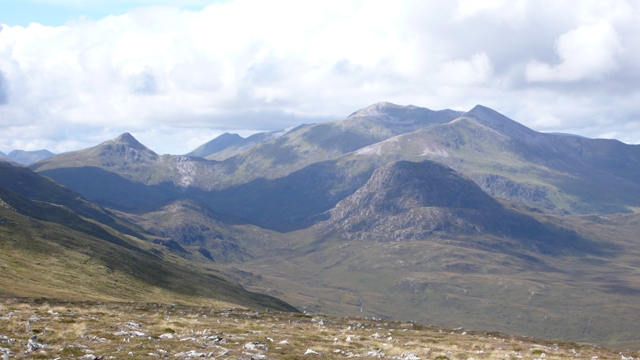 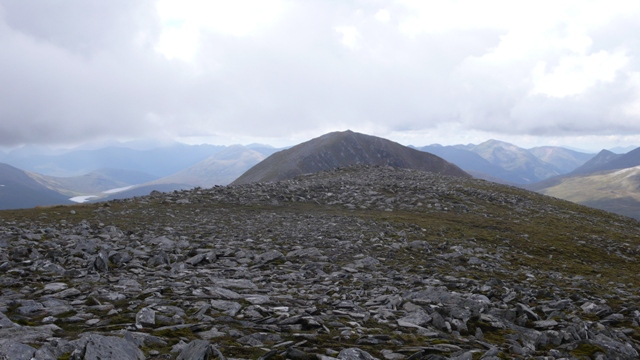 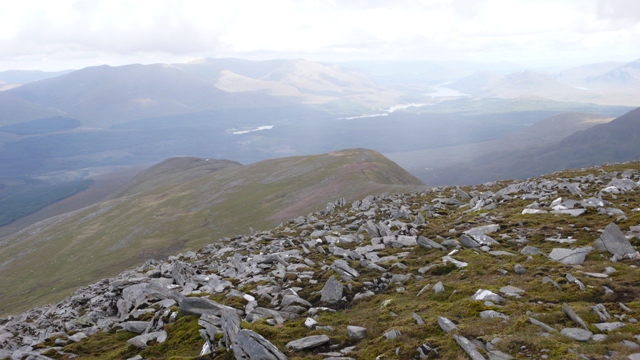 The view across to the next summit was initially obscured by clouds (is that not an album?) but then cleared and looked to be an easy descent and ascent so this would be the way back. 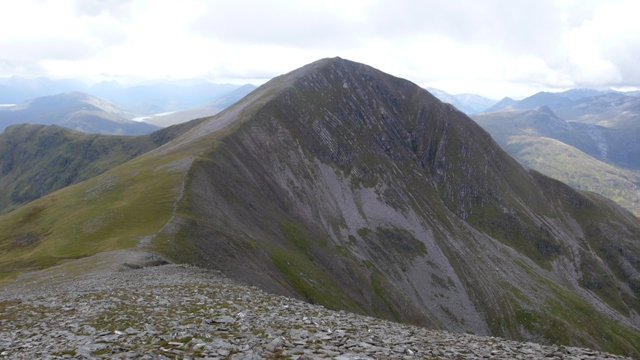 The views across to the Grey Corries and the Mamores was fantastic, there were showers passing through the glens and shaft of sunlight breaking through.
A break for more food and time to admire where I was. Then head back down to the bealach and up and across the firat summit, feeling tired now. 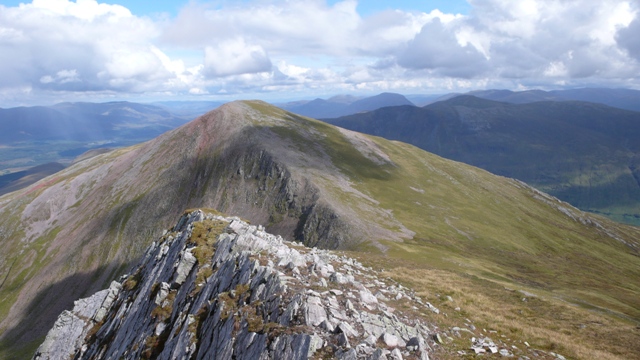 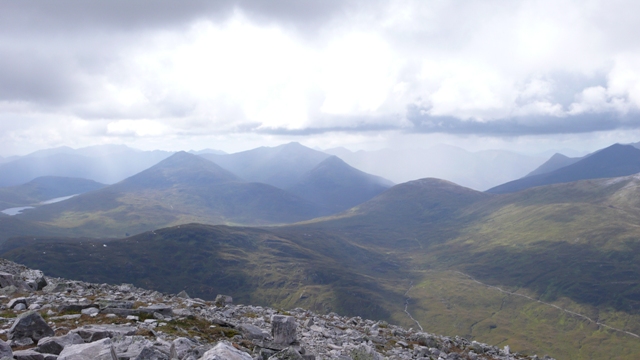 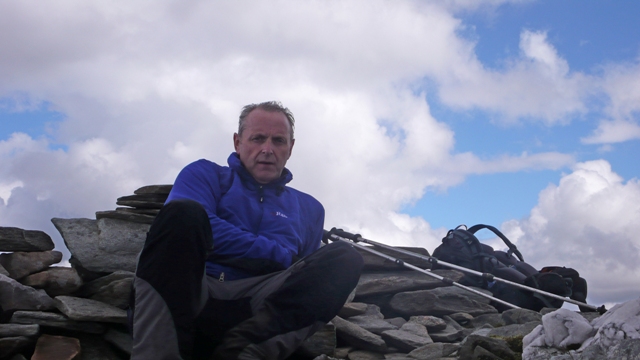 Back down the nose of Meall Cian Dearg which was trickier than the way up in a couple of places. Further down I came across some moss growing through the heather that was a vivid red mixed with a different species a bright green. 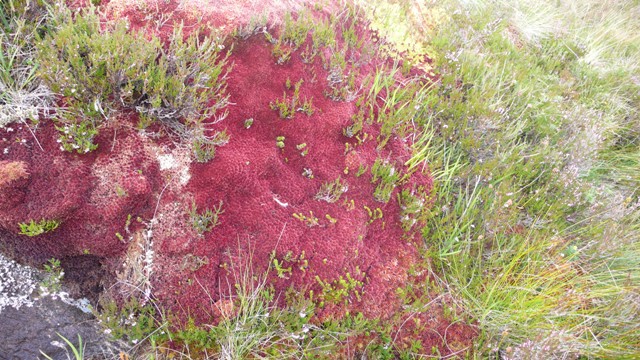 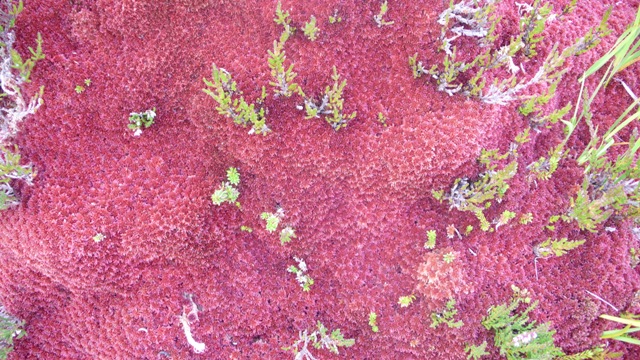 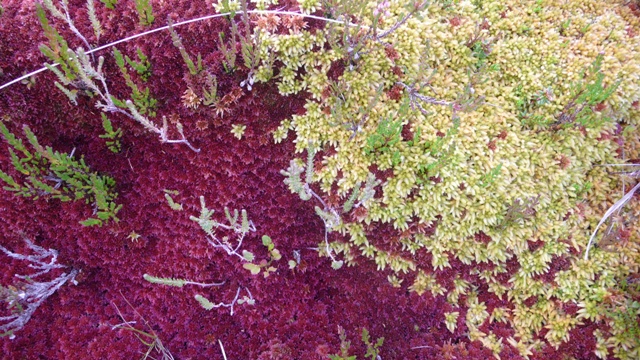 Made my way across to the ridge for the way back. The path was pretty wet but at least a direct route back.
A Peregrine Falcon put in an appearance on the way down which took my mind off tired legs.
Back to the car and back to Fort William for a good dinner at the Crannog.

Re: A stretch of the legs after a week in the sun

Enjoyed this report and liked the pictures. A couple of nice hills these and the views toward the grey corries is worth the trip. Enjoyed my trip to these two when I did them