With the sun threatening to break through the clouds, we left our base near Portree and headed to Glenbrittle. The plan was to walk around the forest and do the Loch Eynort circular walk. Upon arrival we were greeted by midges and a sign saying 3/4 of the way around the walk is blocked due to forestry work. A quick change of plans and were were off to the Fairy Pools. 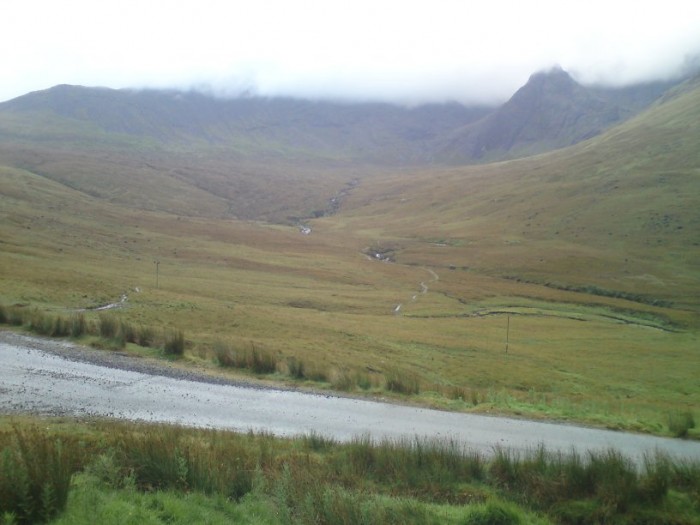 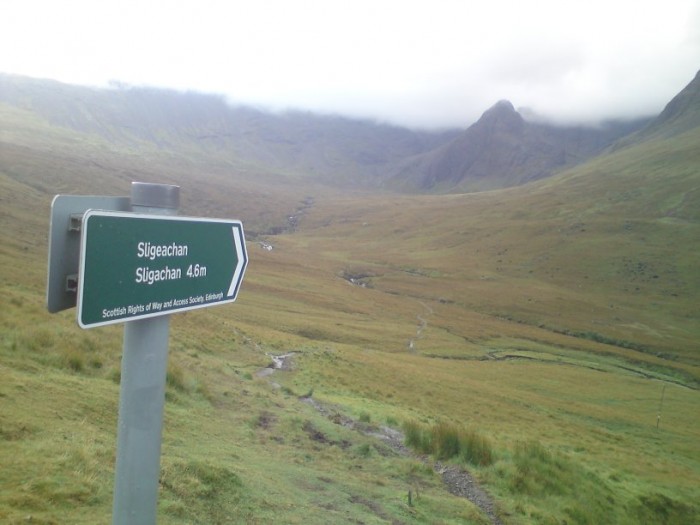 We followed the Sligachan path down to the stream and started heading alongside the crystal clear waters towards the first of many waterfalls. 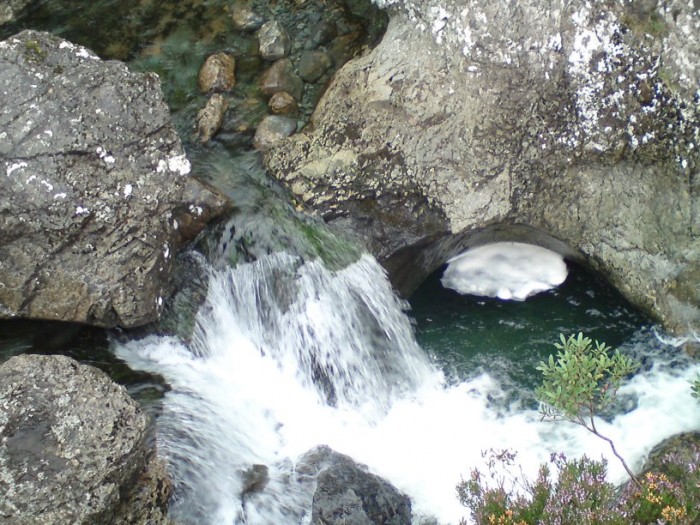 The rock formations in the water were stunning. There were ledges, arches and a punchbowl too. 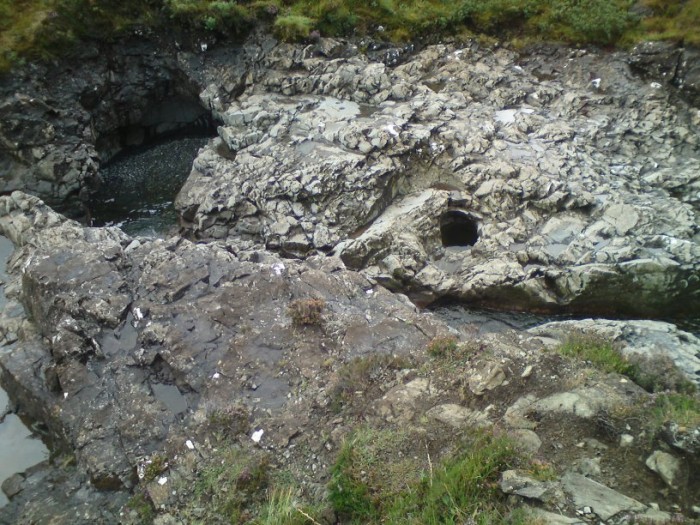 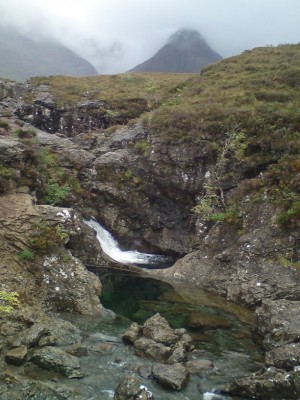 Climbing up some rocks past some more waterfalls, the view ahead became even more impressive as the cloud started rolling down the hills in front of us. It was perfect timing too as we were photographing some waterfalls as it was happening. 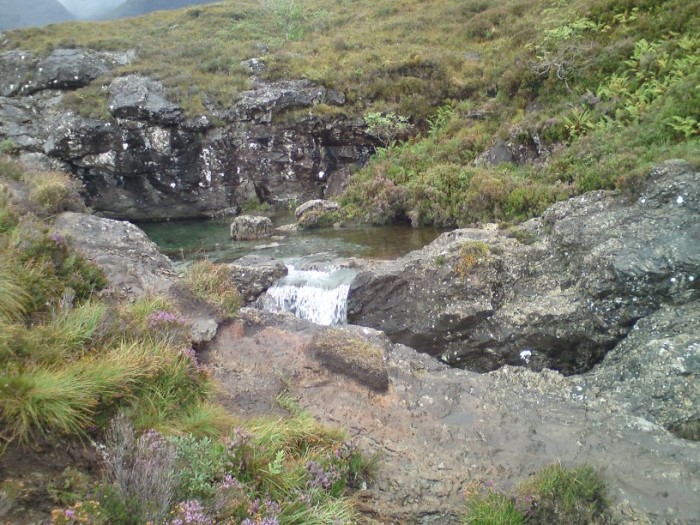 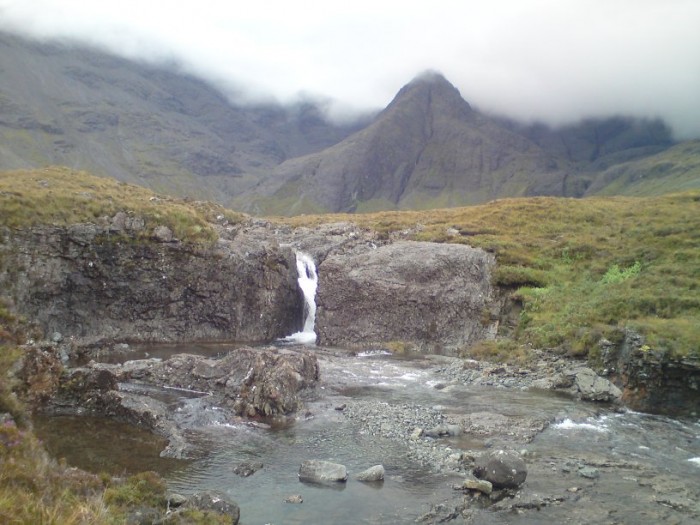 As we got closer to Sgurr an Fheadain, the rain started to fall slightly, which was great as it got rid of the midges who were trying their best to become used to Jungle Formula and making daredevil attempts to land and bite, but alas, the Jungle Formula and the rain won this battle. 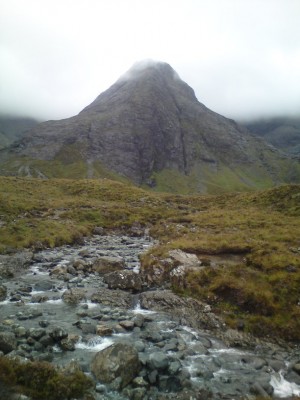 We reached the end of the path and had to work our way around some bog to reach the path that took us to the Sligachan track again for our return journey. A quick look back at the hills revealed that the scenary never stayed the same as the clouds came in a bit lower. 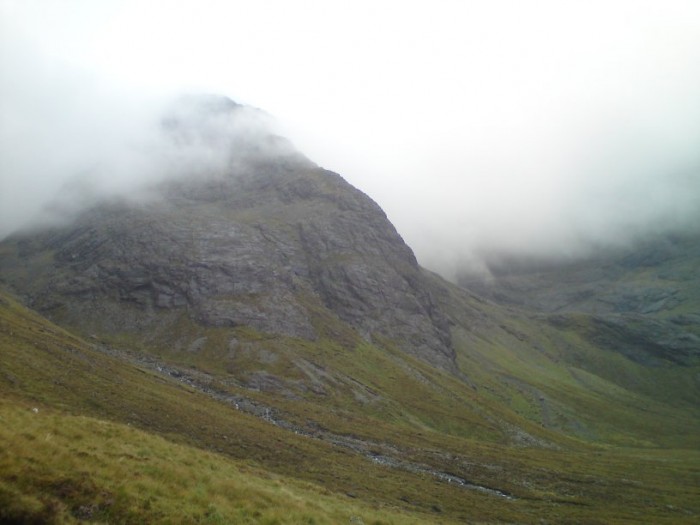 The cloud adds to the dramatic setting. 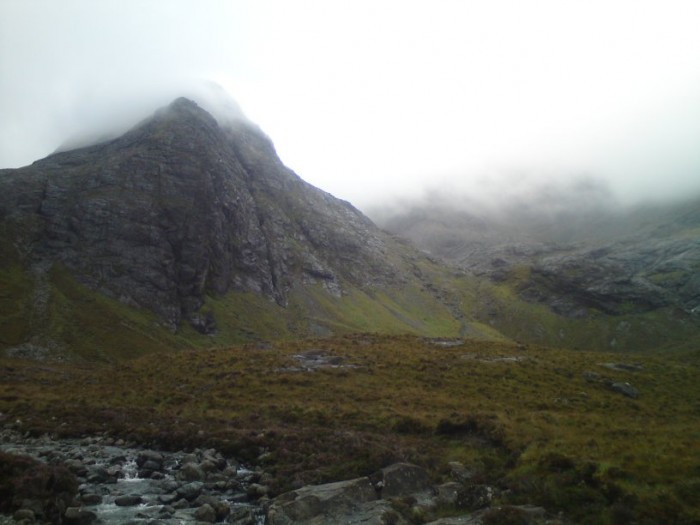 The Cuillins are alive!!

We fought our way through the bog, falling over numerous times due to the small track, the slope and being hypnotized by the views around us. By the time we reached the return path, our trousers were covered almost all the way up to our knees in mud and bog.

The midges returned on the way back to the car park, but a quick squirt of Jungle Formula (our new best friend) won round 2 and we wandered along at a nice gentle pace back to the car. We drove back to Portree and freshened up before our next walk at Loch Sneosdale (and what fun that turned out to be!!)

Read all your recent reports and its nice to see the reports on the low level stuff. Cheers

Johnny Corbett wrote:Read all your recent reports and its nice to see the reports on the low level stuff. Cheers

Cheers for that, glad you like them. We've been walking around the low-levels for a while now, but gradually heading into the hills. Im just writing a report for the Old Man of Storr that made us decide that the hills are for us now and we will start trying to increase our hill count.

I loved this place, took in the Fairy Pools on my way back from climbing Bruach na Frithe a few years ago, it was fairly breezy so no midges that day