Originally supposed to be a party of 6 for this walk, half of the guys having pulled out because of unfavourable weather forecasts (Supposed to be thundery rainstorms, actually turned into a good clear day with only two very brief light drizzly rain spells lasting only a few minutes). My friend Bobby and I had arranged to meet with my German friend Steven at Tyndrum, where we took one car and parked up at around half past 9 in the small layby beside the train station. The initial path starts off steeply on good, rocky footing heading quickly upwards through trees and then high grass and ferns before emerging on a road before the dam. 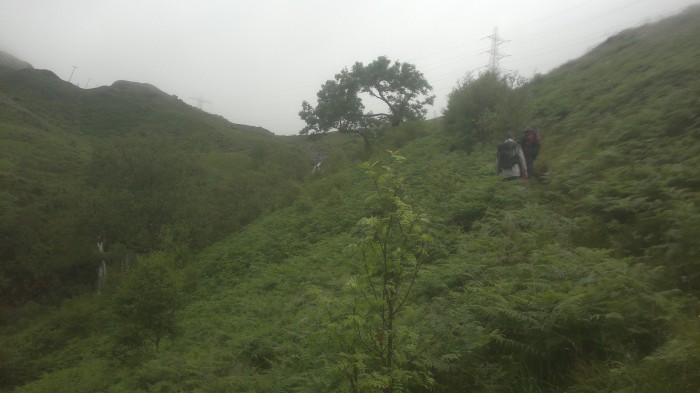 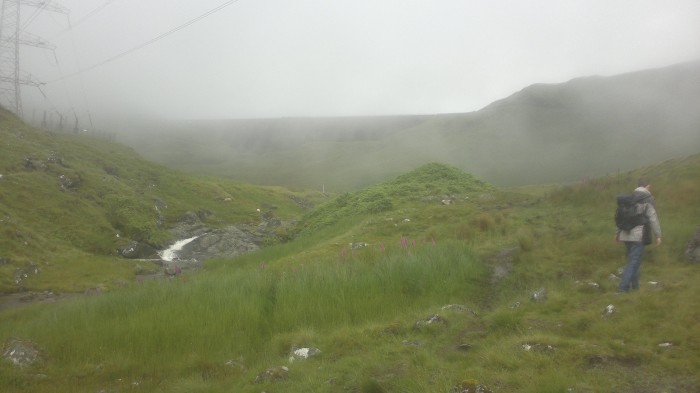 First glimpse of the dam through the mist

We took the road to the left and up some steps to the access ladder. Climbing on top of the dam we turned again to our left and followed the path round the left bank of the reservoir. 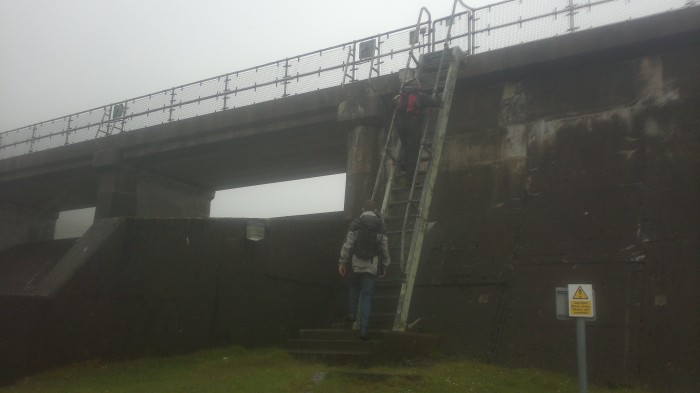 Climbing onto the dam. 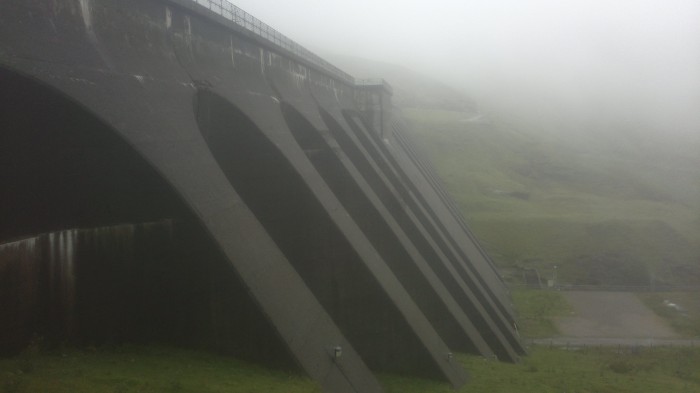 At the end of the path we took the farthest of two paths leading up to the bealach (I had read on the route description that this is the less boggy of the two, although by how much I dont know). After what seemed an age we gained the bealach and took a short breather before assaulting the rocky climb to Ben Cruachan's summit. 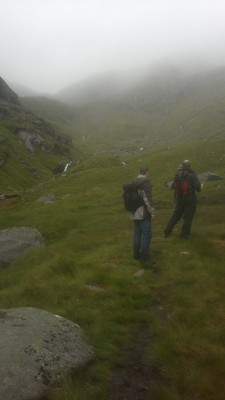 Climbing the path to the bealach On the rocky approach to Cruachan's summit

We stopped for a break at the top waiting to see if the clouds would clear, but to no avail. Rather disappointed, as Id read about the superb views to the West from this vantage. Shortly into the descent we came across stone slabs, which we decided to bypass as they looked rather slippy in the wet. This was a straightforward detour and didnt seem to take us much out of the way. Then the clouds began to blow away and we were treated to some cracking sights down towards the reservoir and beyond. The ridge seemed to act like a barrier for the clouds as although the views South were open we couldnt see into Glen Etive in the North. This didnt put too much of a dampener on our spirits as we were enjoying a leisurely stroll along the ridgeline, this was a spectacular walk, easily one of my favourites so far in my short walking career. Looking from ridge towards reservoir and Loch Awe Looking down to reservoir At the summit of Stob Diamh we had clear views around the Dalmally horseshoe and straight along the A85 back towards Tyndrum. 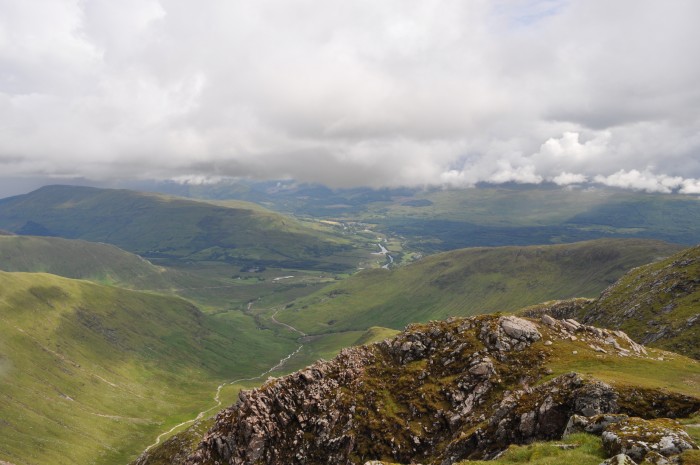 Our only sight of a clear(ish) Ben Cruachan

From here followed an easy climb over Stob Garbh and then down an intermittent, and at times muddy path which brings you out at a crossing over a small burn before leading around the banks of the reservoir back to the dam. Simply retracing our steps led us back to the car to conclude an excellent day. Ill definitely be back up here to try once again for the views.