Another early start leaving Livingston at 6am for the 4 hour drive up to Torridon. Had our customary breakfast stop at Tarvie where I must admit they are the best bacon rolls on the planet!

Left the car park at 10:30am and decided to do the horseshoe clockwise, leaving the horns till last. Me and Andy with the Horns in the background

The forecast was meant to be poor but we were very lucky and had a reasonably clear day with only a couple of spots of rain.

Very straightforward route this. We followed the path up to the summit of Tom na Gruagaich and stopped for our piece. Views were pretty good over towards Sgurr Mhor and the horns. 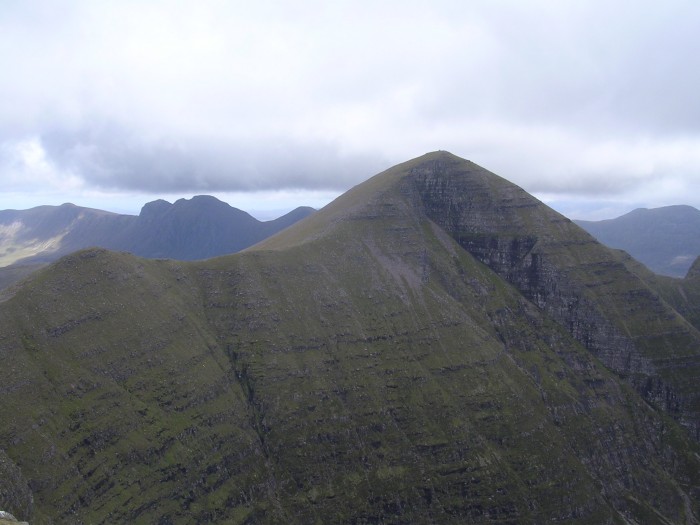 Sgurr Mhor and the Horns Following the obvious path (a little care is required descending from the first top) it was a nice pleasant walk to Sgurr Mhor. We were at the summit just under 3 hours after leaving the carpark. Continued over the horns and descended down via the path back to the car park. Nice one ,i know danny ,used to work beside him at vaughan engineering,thought he didn,t come out until everything was iced up

Looks amazing. I want to do this one next summer. Great photos

pigeon wrote:Nice one ,i know danny ,used to work beside him at vaughan engineering,thought he didn,t come out until everything was iced up

If you know Danny, you'll probably recognise John C from the trip as well.....Danny still likes his more 'vertical' methods up getting up the hills but occasionally comes out with our wee group.

Magoo82 wrote:Looks amazing. I want to do this one next summer. Great photos

Thanks Magoo - views are super on a clear day. Great summer walk, I'm sure you'll enjoy!

Thanks for your comments. This was taken looking back at Tom Na Gruagaich headed up Sgurr Mhor.