A pleasant short walk near the northern edges of Dartmoor, reaching the highest land in the south of England.

our_route.gpx Open full screen  NB: Walkhighlands is not responsible for the accuracy of gpx files in users posts
From the Meldon Reservoir, faint paths contour prettily around the slopes of South Down overlooking the waters. The route was blocked further on, however, by two very difficult clambers over barbed-wire – this was explained on returning later to the carpark by a small (easily-missed) notice explaining that this area is no longer access land… a bit of a research failure here! (There’s a clear path east of the reservoir as an alternative). Even through intermittent storms, the walk up the river valley and onto the slopes of Black Tor after that is very pleasant, and the rock stacks of the several summits impressive. 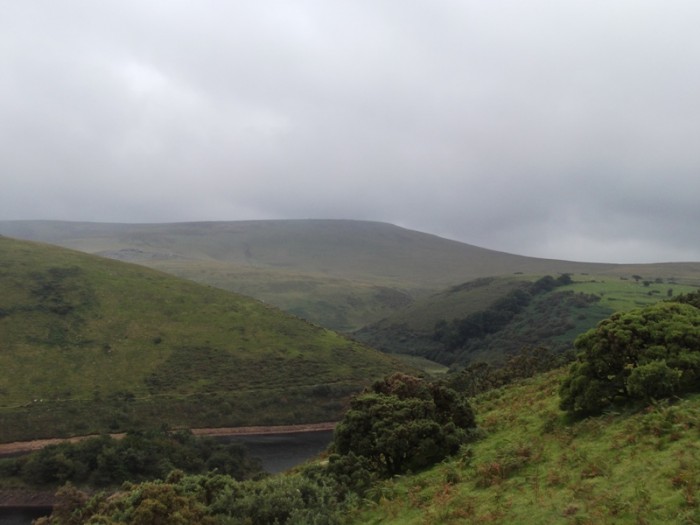 High Willhays from South Down 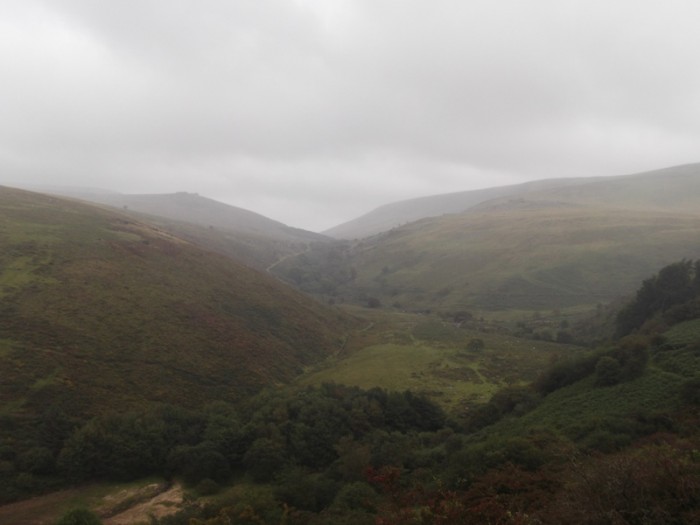 West Okement Valley beneath the rainclouds 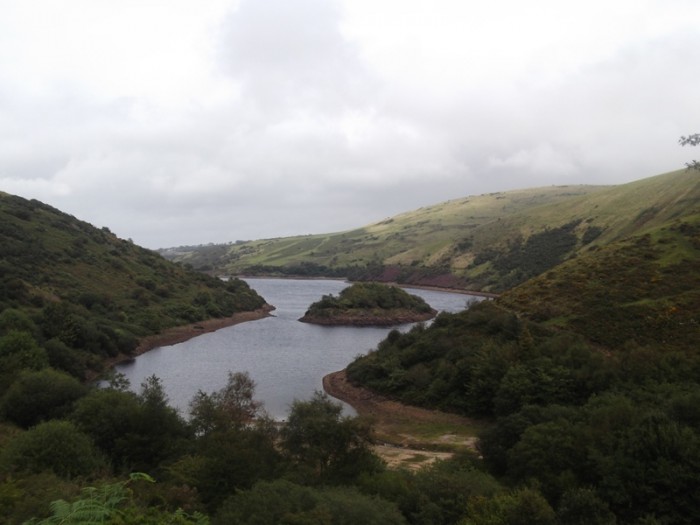 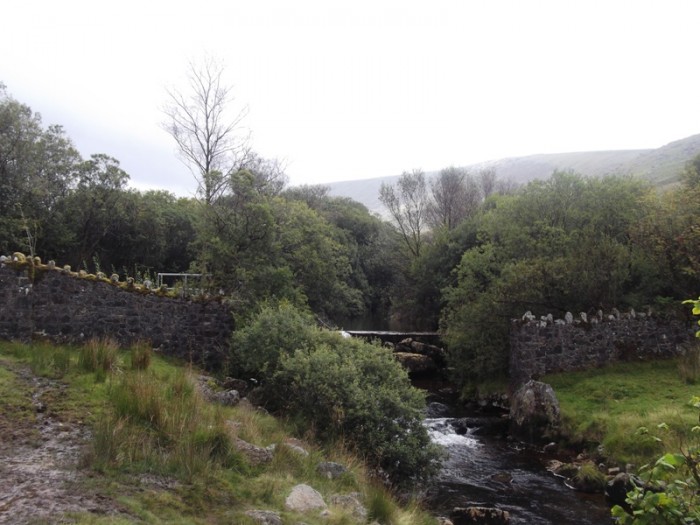 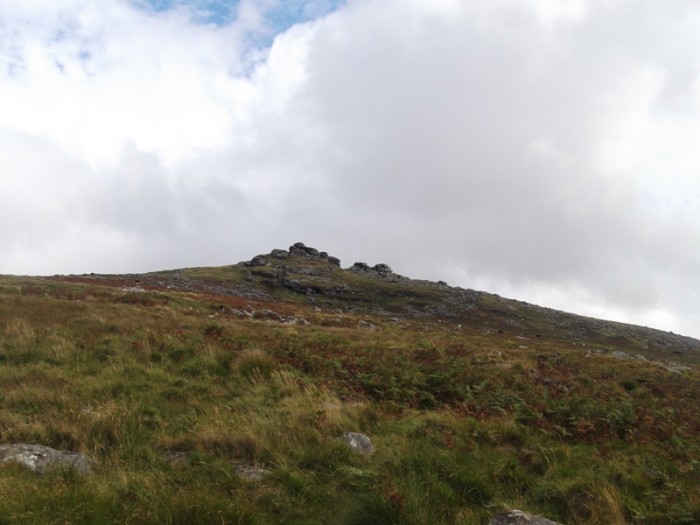 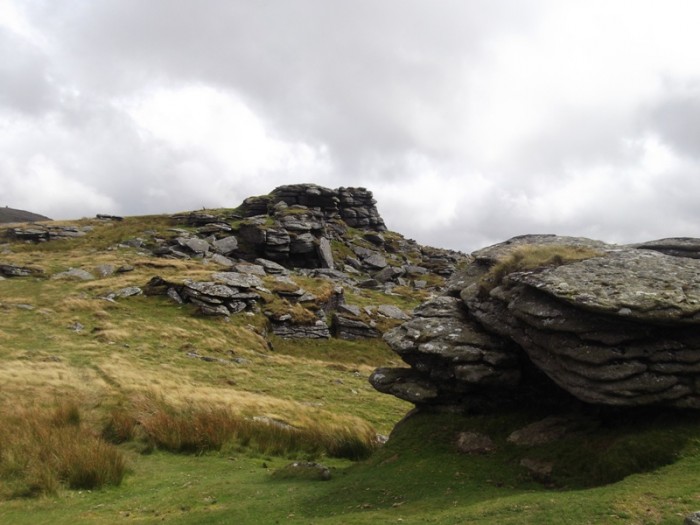 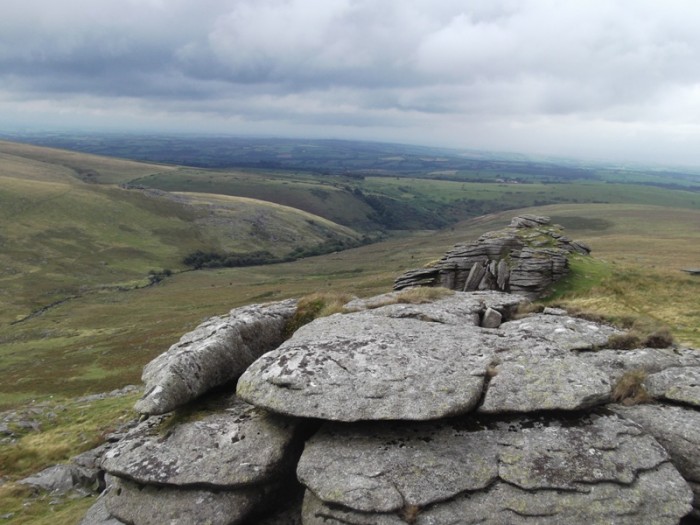 View back from Black Tor

It’s an easy enough, if pathless, walk up gentle slopes to the top of High Willhays from Black Tor – the summit is hard to distinguish from the approach, but once on the ridge the little cairned tor is obvious. From here, there are long views over Dartmoor, looking very wild and barren. Yes Tor just to the north, while lower, is a more impressive summit, with layers of rock forming a distinct peak. This looks a more popular walk from the carpark, with a clearly trodden route over firm ground between the rocks heading down to a good track. 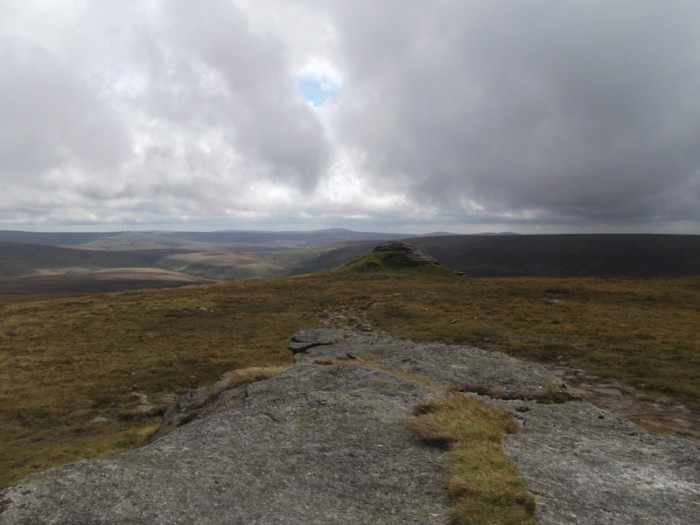 South over Dartmoor from High Willhays 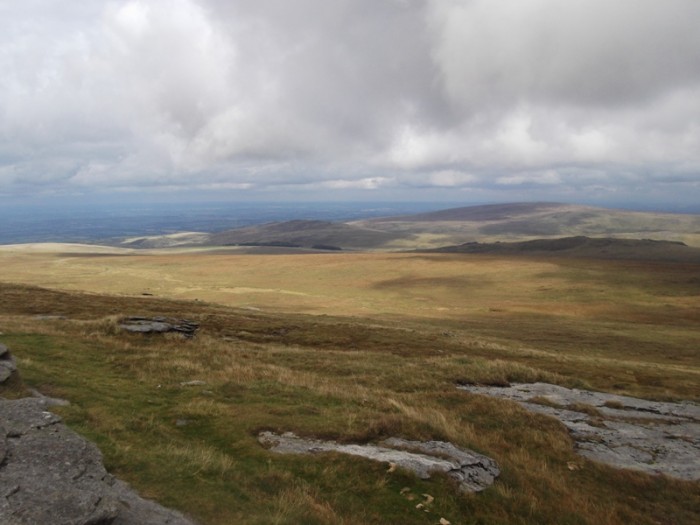 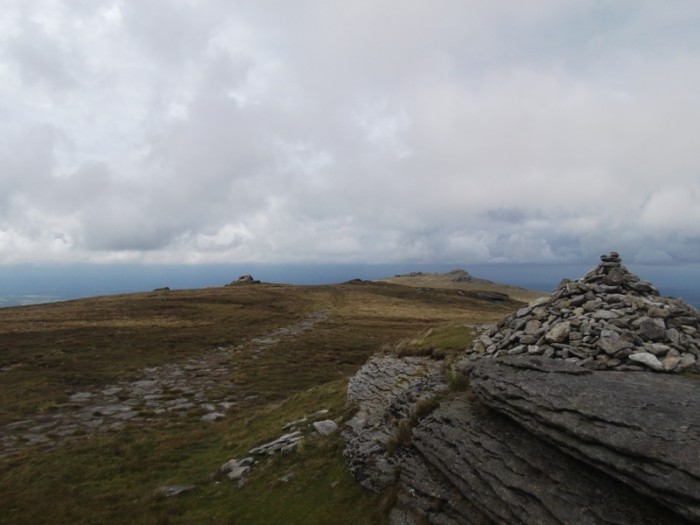 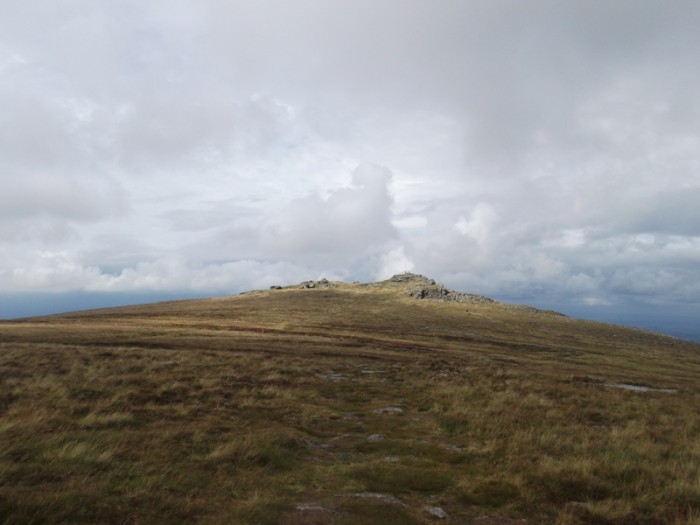 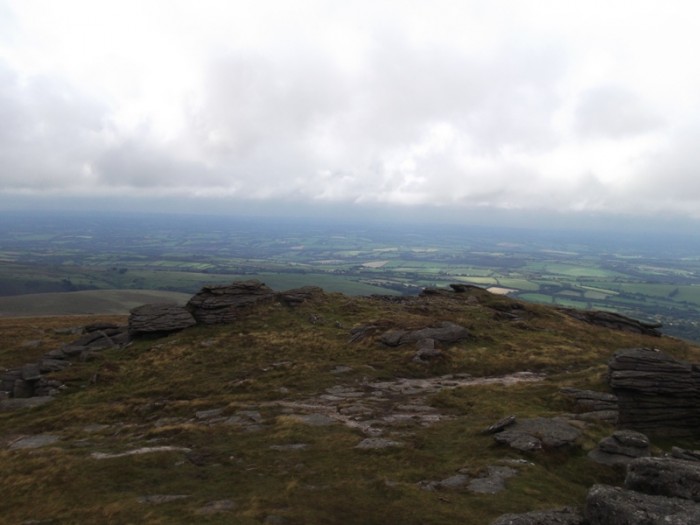 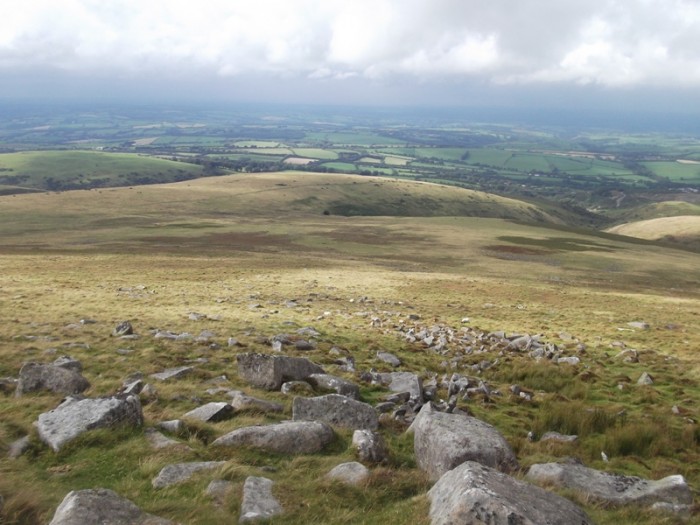 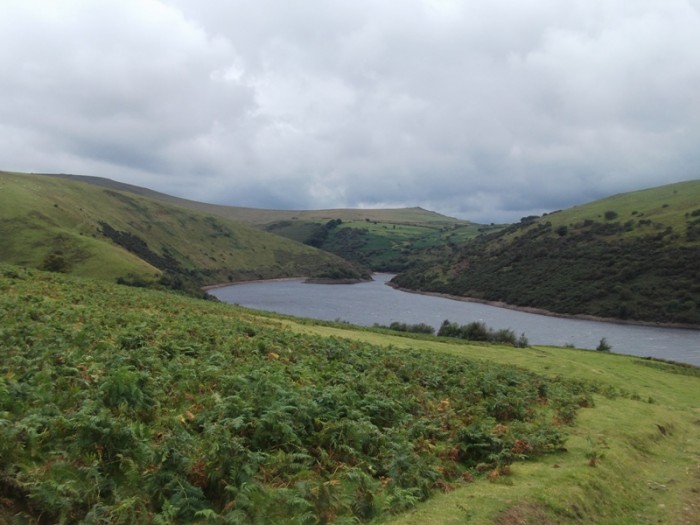 A nice little expedition into unfamiliar territory this – I don’t think many who know the area seem to think this the best walking area of Dartmoor, but there was more than enough to tempt you back elsewhere.

Nice wee wander there P, I once met a guy who walked "all the Tor's" of Dartmoor and knew a hell of a lot about them all (I think there was over 100) a southern equivalent of munroe bagging perhaps....make sure you tick these off.....don't know where the list is though

Love those open expansive views you caught, even with rainy haze

Chris - there's a good report on here (http://www.walkhighlands.co.uk/Forum/viewtopic.php?f=9&t=5302 - much better views of these hills than mine too...) that quotes '304' peaks to bag on Dartmoor. Sure I'll be back, but I think that might be a challenge too far...! Three is a start though...