Inspired by the fell race of the same name I resolved to try this as a fast and light walk (with a bit of jogging). Poor weather, some navigational errors and stopping en route to eat (a nice and healthy meat pie) meant that it took longer than expected (and significantly longer than the 3hours 30 taken by the winner of this year's Glenshee 9 race!).

our_route.gpx Open full screen  NB: Walkhighlands is not responsible for the accuracy of gpx files in users posts
The 6 munros to the east of the A93 form what would probably be a nice little round in its own right (the trip from Tom Bhuide to Tolmount is over in no time). However, with legs still feeling the exertion from the day before (see route walk for Mayar and Driesh) the second half of the round became a bit of a drag. In particular the climb up the eastern flank of Carn Aosda from the A93 was not pleasant at all; no path and lots of high leg raises through the heather. 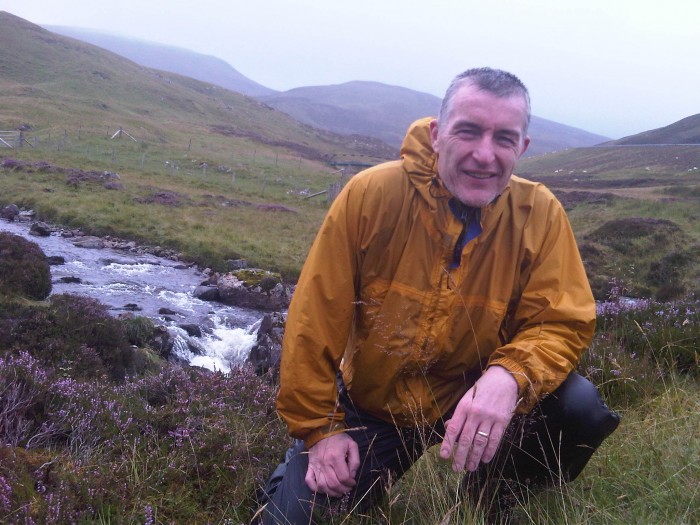 Still smiling before the climb up Carn Aosda

that's some walk, fairplay - think i'd stick to the six in one go myself i'd be struggling getting back to the road then going up another one (3)

That's and incredible round Snowdonia7, kudos to you my superfit friend

Heck of a walk Snowdonia, well done on that time.

I hadn't thought of combining these hills, food for thought! Might take me longer than you did it but a 12 hour walk in the summer sounds like it would be possible.