Lochnagar on a sunny day.

Lochnagar on a sunny day.


I drove up to the Glen Muick car park last Thursday from Glasgow and the first surprise I had, there was about 30 cars in the car park and this was about 10.30am midweek. I guess it will be really busy most weekends and after doing the walk
I could understand why it is popular for both high and low level walks.
I set off about 11am and at the Spittal of Glenmuick turned right and headed for the plantation. It was on this track that I got my first glimpse of the Lochnagar cliffs away in the distance. 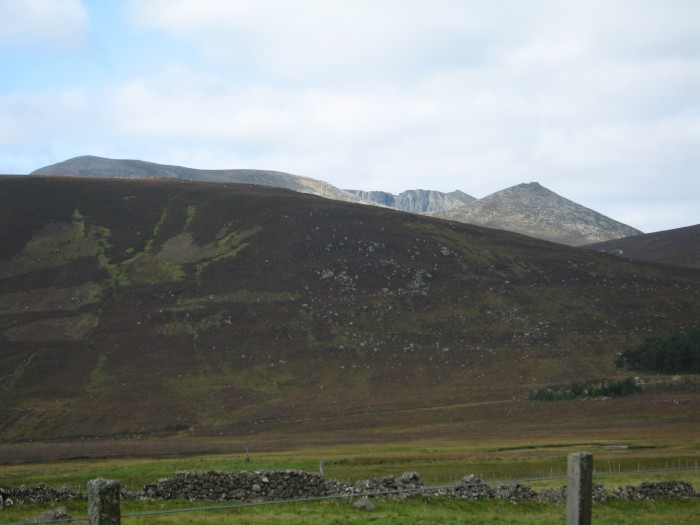 Lochnagar cliiffs in the distance 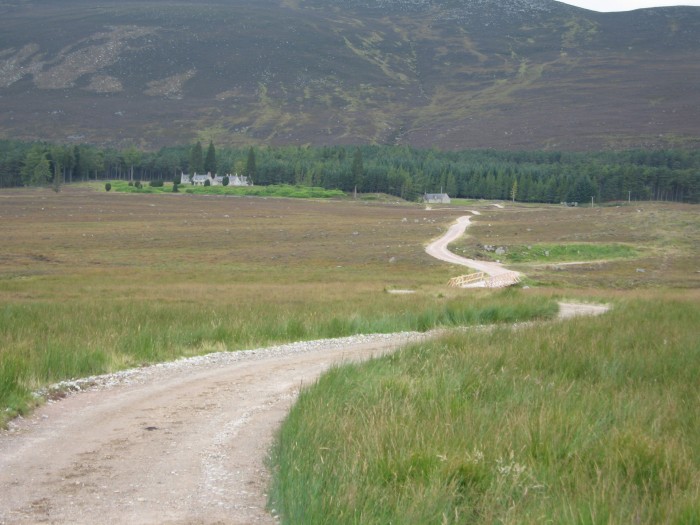 Walked through the plantation and picked up track heading west for about 3km to the head of Glen Gelder then took the path leading to the left which took me to the edge of the corrie with Meikle Pap to my right looking across to the cliffs of Lochnagar. This was a great view and was glad that I did not do Lochnagar last summer from the A93 at Auchallater when I walked the 4 Munros of the White Mounth as I would have missed this view.
I then headed up the steep slope to the summit ridge and followed the path round which has small cairns at short intervals to help in poor visibility. After a short distance you climb up to the ridge which takes you round to the summit of Cac Carn Beag passing Cac Carn Mor. 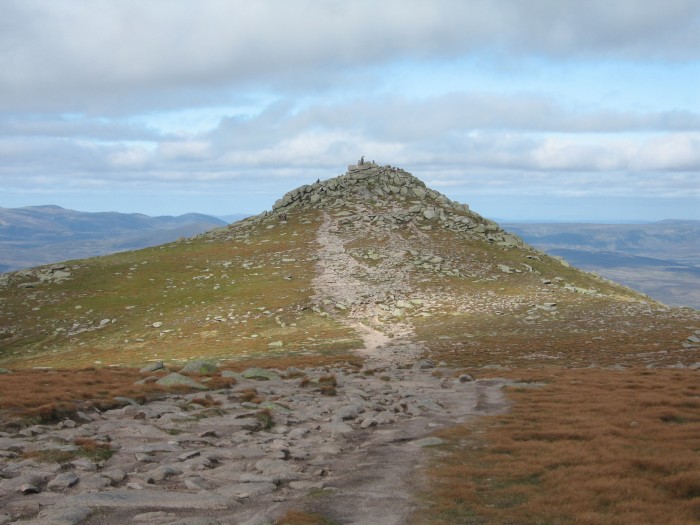 Heading to the summit 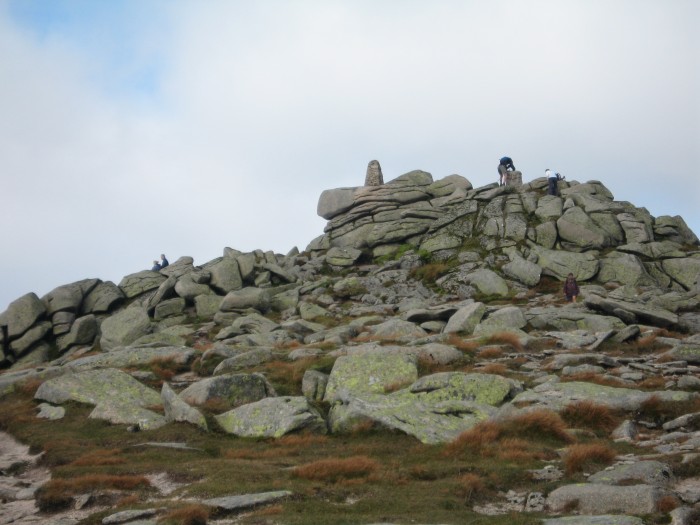 I stayed for about 30 minutes at the summit having lunch and took a few photos. 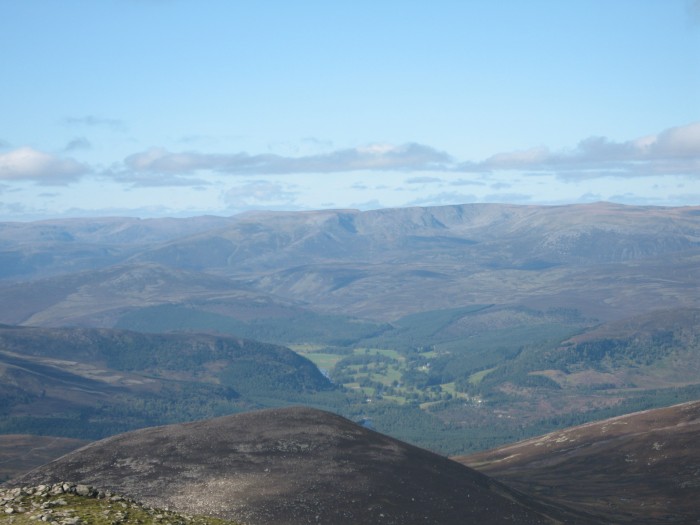 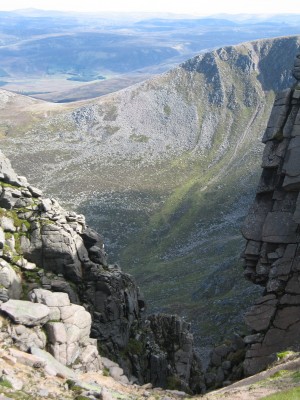 After the photo session, I set off back round the edge of the corrie for about half way, then took the path heading south east down the Glass Allt too the waterfall which was in full spate because of the amount of rain that we have had recently. This lady stepped in front of me just as I was taking the photo. 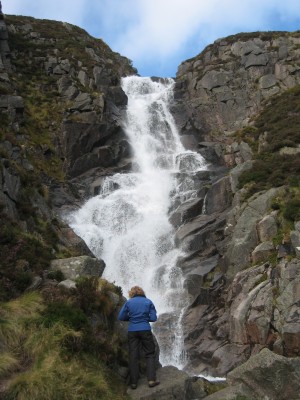 After passing the waterfall, I headed down to Loch Muick then north back to the car park. When the weather is good it makes for a great day out though the following day when I did Mount Keen, it was the opposite.

Nice report and good to see the views I missed out on when I did the white mounth circuit the weekend before - I'll add this to my list of munros to do again on a clear day.

All I saw was mist on the way up to the summit, although it did clear a bit later on. I liked your shot heading toward the summit. I had to practically walk into the rock to find it when I was there

Your photos show why I will have to go back.

Yes Peter and Snowdonia, well worth a visit on a good day and next time I am in the area would do it again.

All I saw was mist on the way up to the summit, although it did clear a bit later on. I liked your shot heading toward the summit. I had to practically walk into the rock to find it when I was there

Your photos show why I will have to go back.