We waited at the car park by Struy for the nice lady in the house to unlock the gate, which she did at 9am, and we then drove up the private road up Glen Strathfarrar. The glen is beautiful, and we passed extensive areas of Scots pine and birch. After leaving a car at the end point of the walk, we drove back to the start point, where we started the gradual ascent alongside the Allt Coire Mhuillidh. 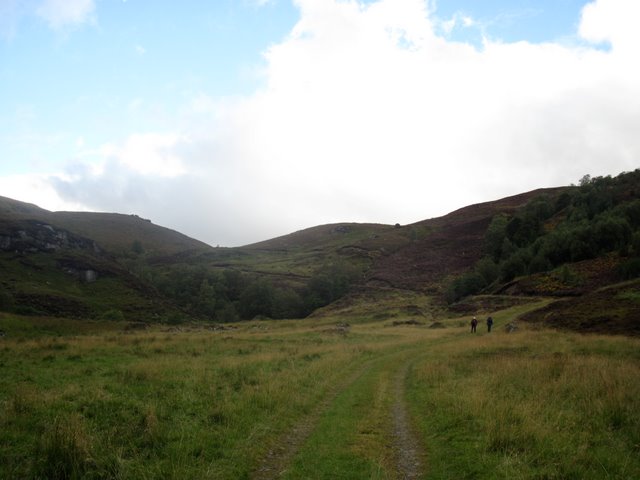 After a short while we caught up with the others who had been dropped off a little earlier. 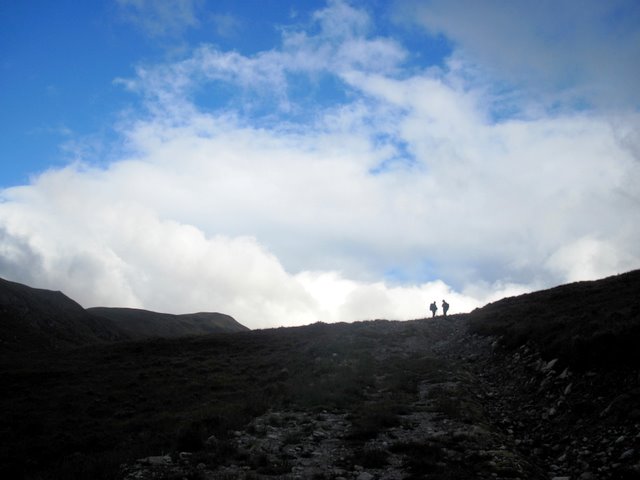 We squelched through saturated and boggy ground for longer than we would have liked, on the approach to Coire Mhuillidh. 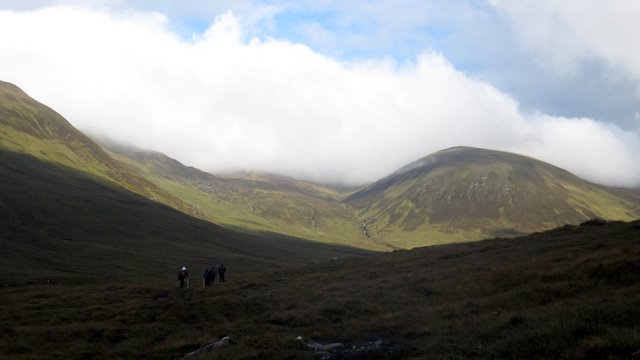 Fortunately, once we had veared to the right to head up Sgurr na Rhuaidhe, the ground became a little drier and we gained height more quickly. 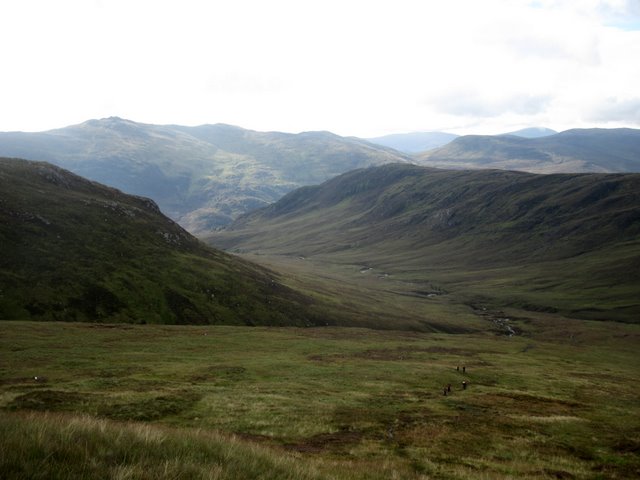 Although the views to the southwest were still fairly clear, the rolling top of Sgurr na Rhuaidhe was in cloud. We made a slight descent before the ascent to the top. 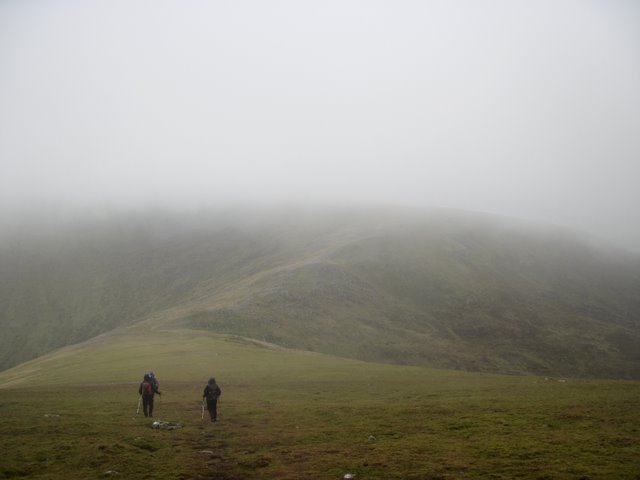 It was not long before we reached the second munro, Carn nan Gobhar, after a short rocky section and a gentle slope. There were good views north to Glen Orrin and the Strathconan Forest, and the third, more picturesque munro of the day could be seen. 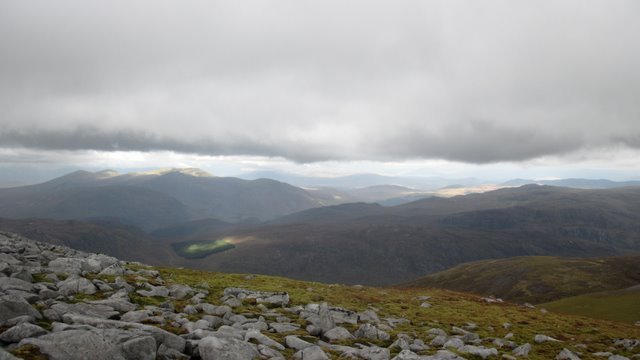 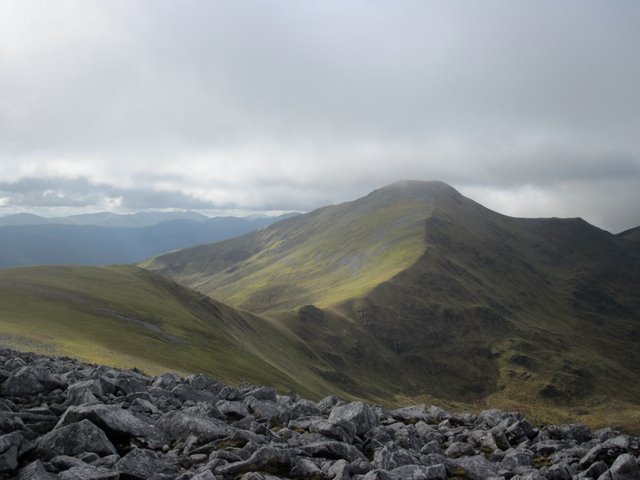 We headed over the rocks and then steeply down to Bealach Sneachda. 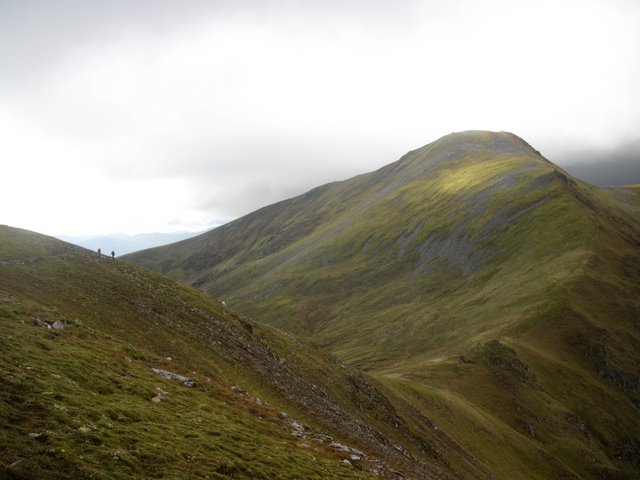 It was then a tiring ascent up the sharp ridge to Sgurr a' Choire Ghlais - and into the cloud again. 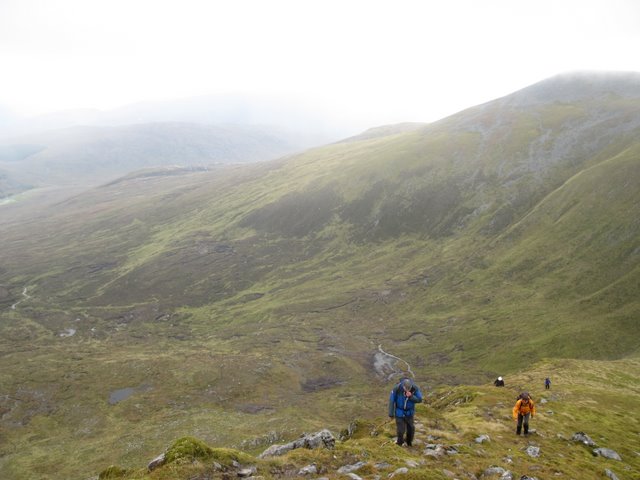 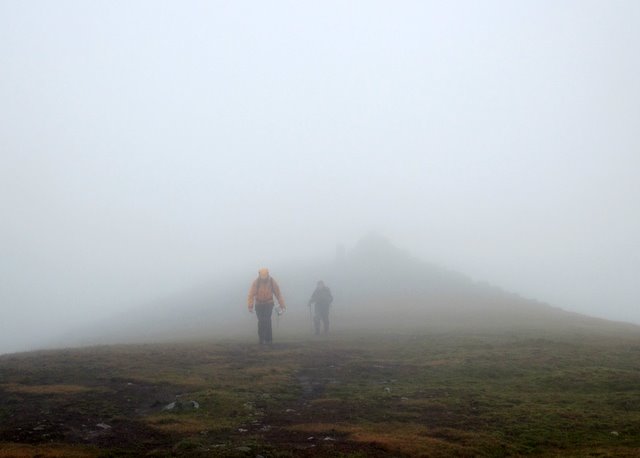 Creag Gorm a' Bhealach was the next target. 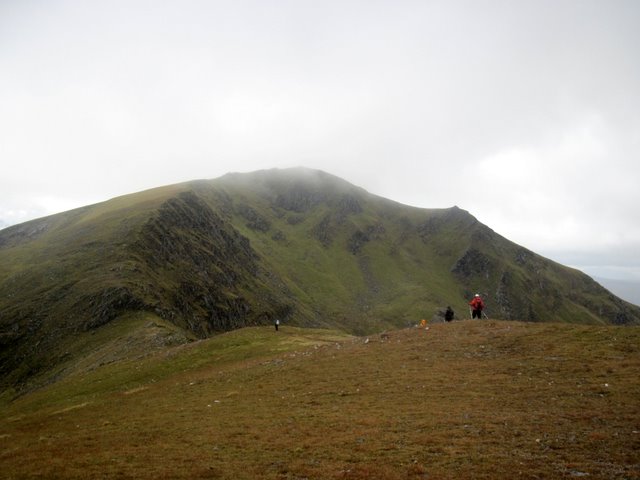 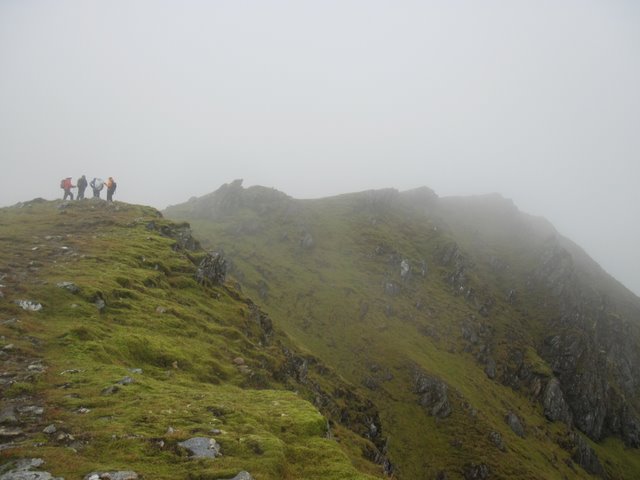 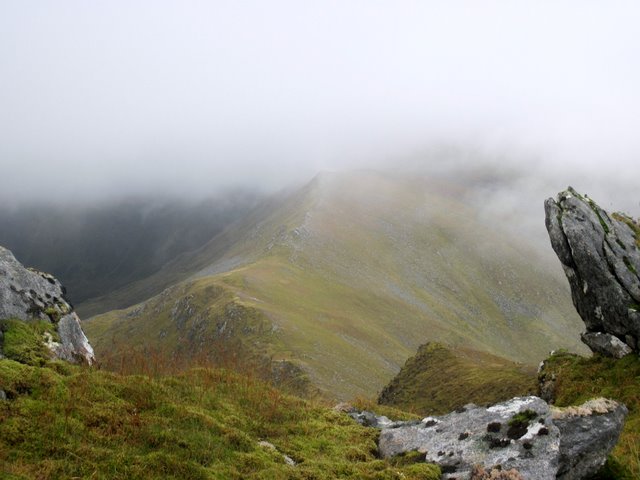 After taking in fine views through the clouds, we headed up to the fourth munro, Sgurr Fhuar-thuill. 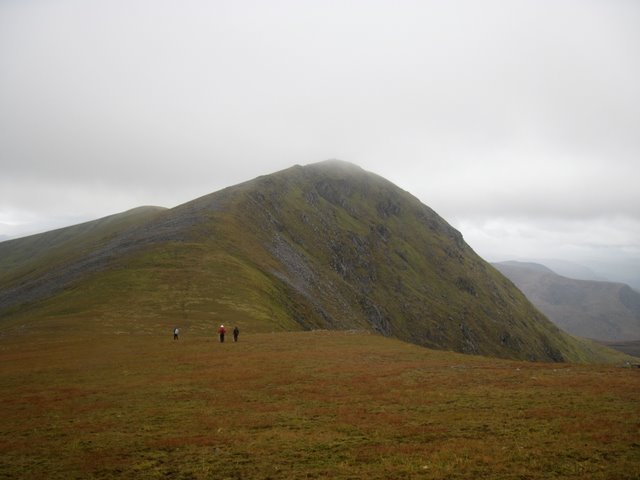 The steep face of Sgurr na Muice and Loch Toll a' Mhuic below made a particularly impressive scene, as we descended south. 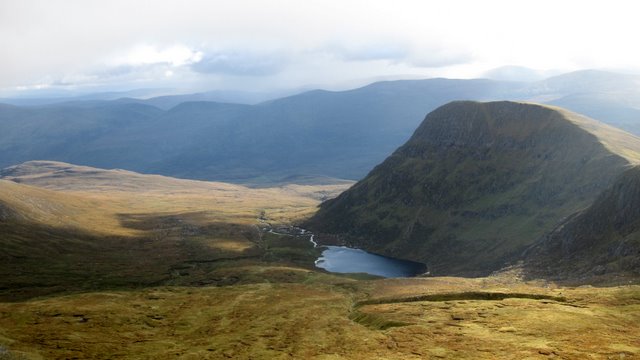 On our descent we passed some falls on the Allt Toll a' Mhuic, and faced a number of burn crossings before we eventually reached the track that led back to the car. Glen Strathfarrar.gpx Open full screen  NB: Walkhighlands is not responsible for the accuracy of gpx files in users posts

Glen Strathfarrar is a stunning place

We walked back out, long but very scenic

We walked back out, long but very scenic

I agree completely! Rather you than me, walking back out of the glen - I thought it was a long way just driving it!