A long, hot walk to a fine and shapely Yorkshire peak, and then around its rather less distinguished neighbouring fells.

our_route.gpx Open full screen  NB: Walkhighlands is not responsible for the accuracy of gpx files in users posts
From the road just below to the east, the Pennine Way – as well-made and clear a path in this area as you would expect or wish for – heads up to the summit of Pen-y-Ghent in short time. The southern escarpments are very steep, and the route virtually a scramble up the squared rocks in some places, but the easiest path is so well-trodden that it is never awkward or difficult. The area round the peak, unsurprisingly on such a weekend day, was extremely busy, but it’s a striking spot – quite dramatically steep-sided and with (today quite hazy) good views to the other notable peaks of the Yorkshire Dales. 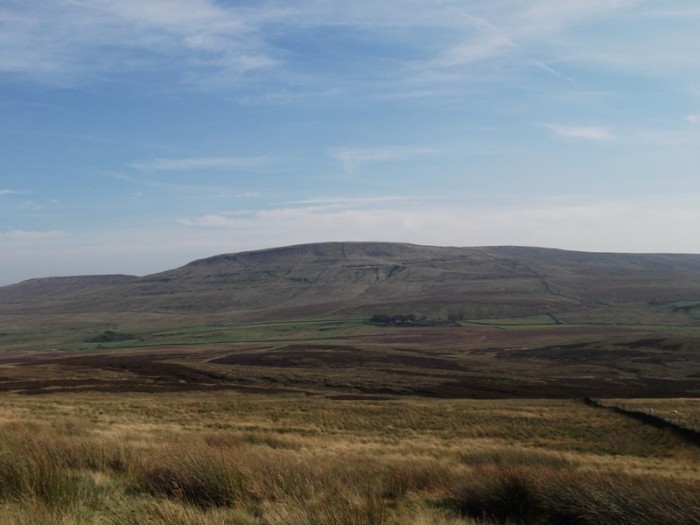 Back down Pen-y-Ghent ascent The crowds immediately disperse as you set off north to the sub-peak of Plover Hill – the slopes here are gentler, but the path through the marshy moor (and the tricky clamber over the drystone walls apparently needed to attain the summit cairn on the flat top) still much harder going than earlier. The descent north reveals the better side of the hill though, with a path cleverly leading down through a very steep limestone scarp to the lower slopes of the Foxup valley. 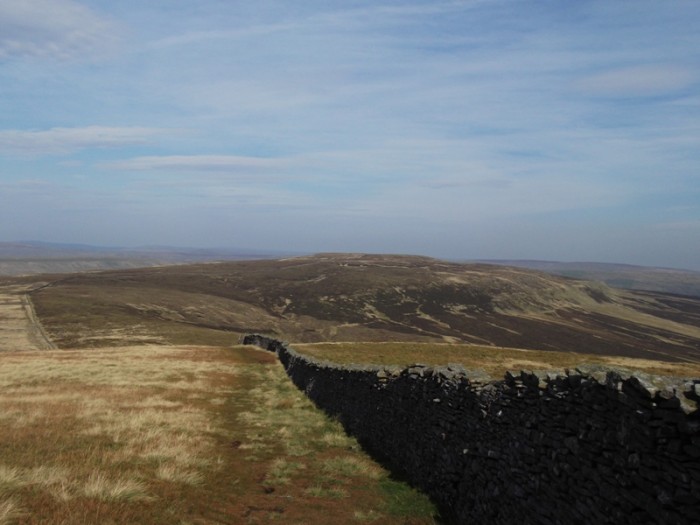 From here, there are four miles or so of virtually flat going, down to and through Littondale. In my (granted, extremely limited...) experience, these - on the good paths through the valleys with the peaks surrounding you - are the more beautiful parts of Dales walking. Other than the main tourist routes, the high peaks can be rough and unvarying going, but the quiet walk through Littondale on the field paths was lovely. 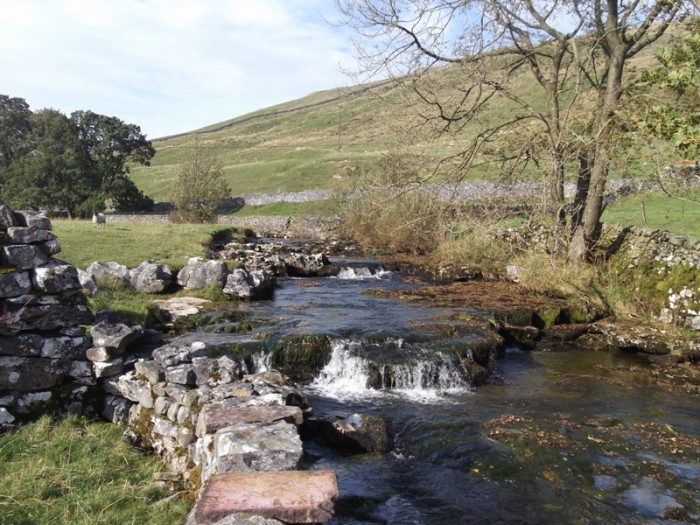 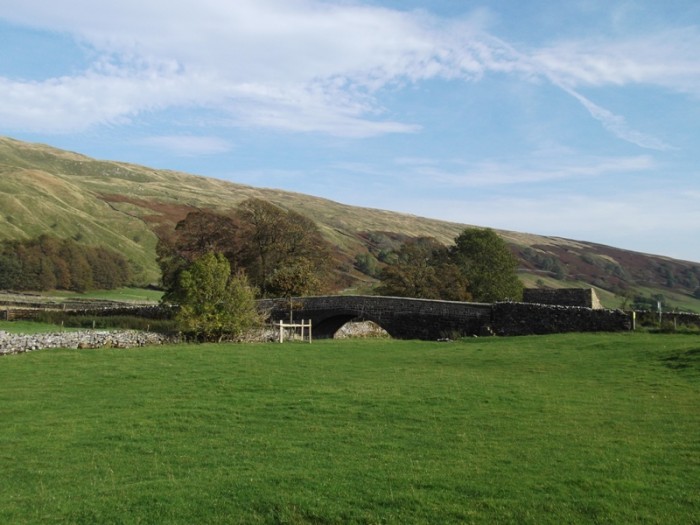 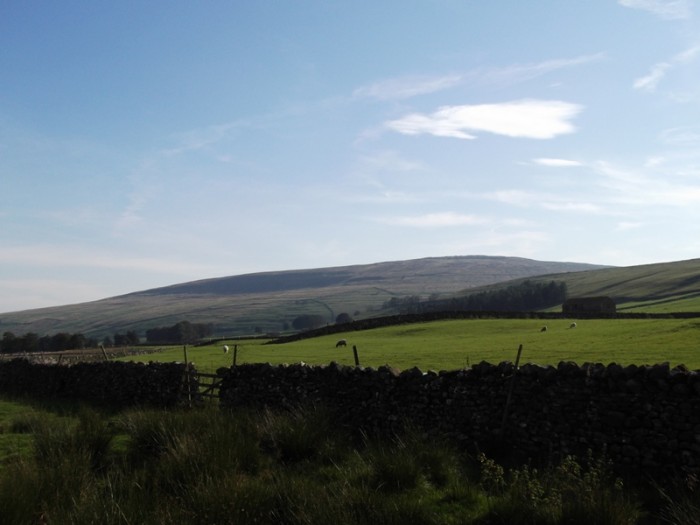 Darnbrook Fell rises quite attractively above the valley and the climb through the long grasses to the peaty summit, although only very faintly pathed, probably isn’t too difficult, but ten miles into the day (and with something of a ‘morning after’ feeling growing in the head and throat for me…) it’s about as much as you can cope with. From there to Fountains Fell, the going is wilder – over bleak, desolate moorlands. That seems usually to be the walker’s rose-tinted euphemism for ‘a big bog’, of course!, but after a few dry days this – bar a few short stretches needing a bit of thought and agility – wasn’t actually all that bad. And a bit more easy Pennine Way walking afterwards, with Pen-y-Ghent looming imposingly above again in the twilight, is probably just the right end to a long day… 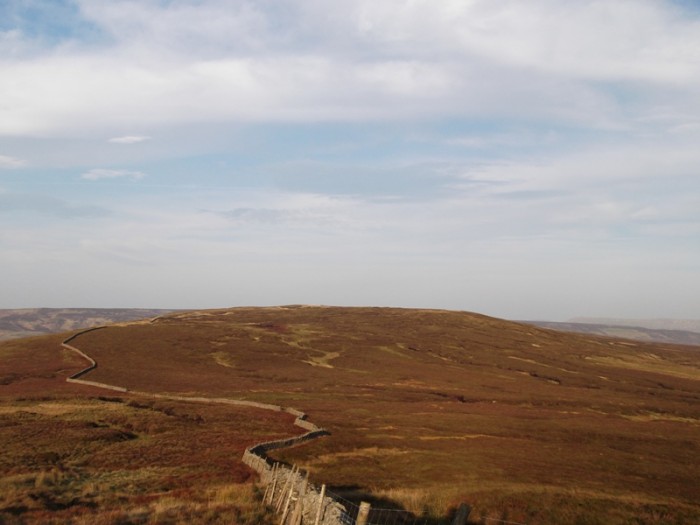 A good walk, Darnbrook Fell looks half decent in the sunlight. I did Fountains Fell and Darnbrook from Hawkswick via Malham Tarn on a truly grotty day earlier this year. All was fine until the open moorland, after which I never saw a thing until I was dropping down to Litton. At times like this you are really grateful for the walls and fences.

Lovely walk P, some beautiful photo's that leave me missing my Yorkshire roots...time for a home visit I think