Enjoyed this one as the sun was out on Friday: views were good & mud wasn't too bad. Bog trudge in the rain with poor visibility might not be as much fun.

If you're coming from Crianlarich, the layby is a couple of miles later and there's a sign warning of cyclists crossing just before. Started on road to farm about 9:30 then over bridge, they've got a few info signs along the route. There are a couple of cemeteries & ruins of a priory around the farm, here's the one with 2 trees. Then it's onwards to level crossing. 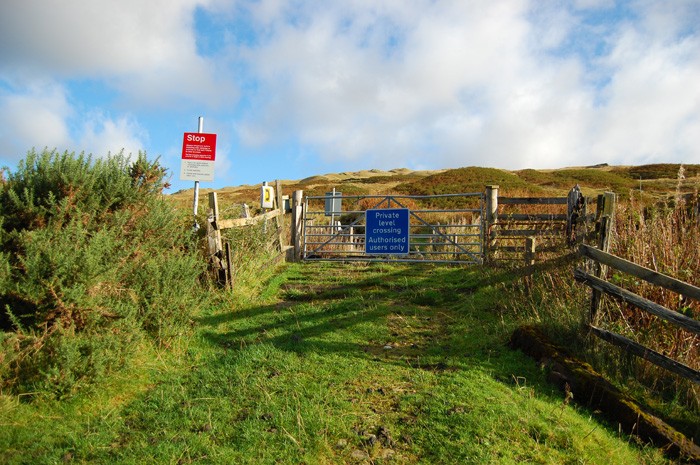 Didn't see the start of the path, but basically head for the fence and follow it all the way up. And all the way back down. In the mud. The views are pretty spectacular though, snow on Ben More: Onwards following the fence and crossing various styles of style. 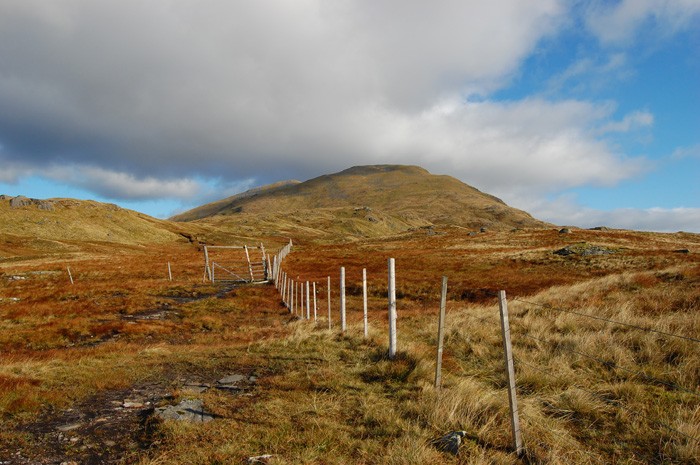 Looking over towards Ben Lui: Cross the fence at some point as path continues upwards on the other side, still muddy though - view back down: 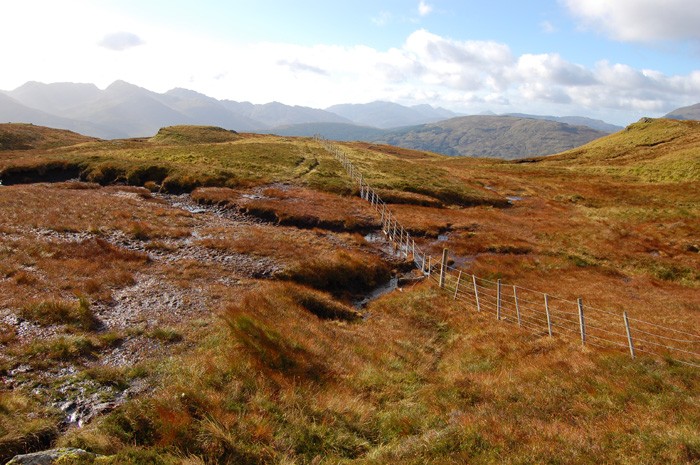 Less mud as path gets higher. There's a cairn at the top of the path, handy to remember as I came back a slightly different way & lost the path. Then another cairn at the South summit. Path continues along a ridge to North summit. Some views from the top: After this it's back the same way, get the cairn after the South summit then follow path to fence & back down to the farm. Looks like a braw day! I tried this one a few years ago in a very white December and had to abort due to poor visability. Looking to try again before the end of the year.

Looks like you had a decent day for it. Would like to try and get this one before the winter really comes in. Thanks for the report, some nice pics there too.

Thanks for the great report, I will be doing this one on Monday 7th Nov 11 so your report will be useful.
Weather forecast looks ok but we'll see on Monday I'll be happy if it's like your day.
Great pictures, very clear.