These were our 32nd to 34th Munros. We started and ended the day with sunshine but experienced everything else in-between.

Carn Liath was short but steep and certainly got the heart pumping. Lovely views to the other two Munros Braigh Coire Chruinn-bhalgain and Carn nan Gabhar that we were to bag as the day continued 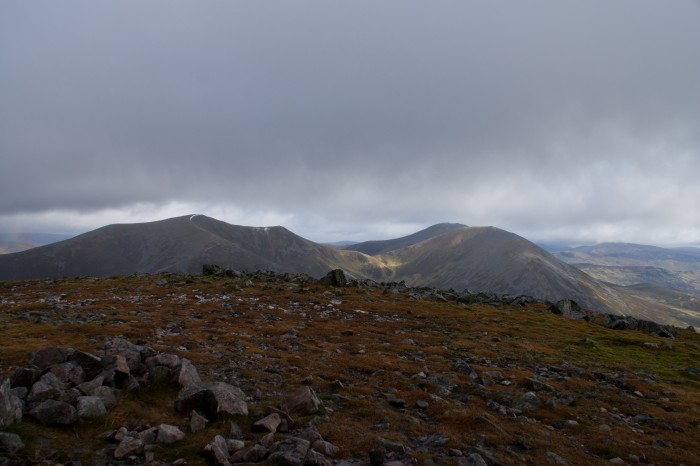 We saw an ominous sheet of mist arrive from the west and engulf the two summits and that was us in waterproofs for the next few hours.

The winds were freezing and the hike between the grey hill and Braigh Coire Chruinn-bhalgain left us exposed to 50mph winds with 80mph gusts, which served as a reminder to sort out some thermals and windproof gloves!

As we ascended Braigh Coire Chruinn-bhalgain we were met with rain and mist. The gales continued and I had to keep my shades on to stop my eyes from streaming. Once we reached the summit we saw our first snow of the season.

As it was October the deer were rutting and once we had descended into the valley between Braigh Coire Chruinn-bhalgain and Carn nan Gabhar we could hear the stags calling out. 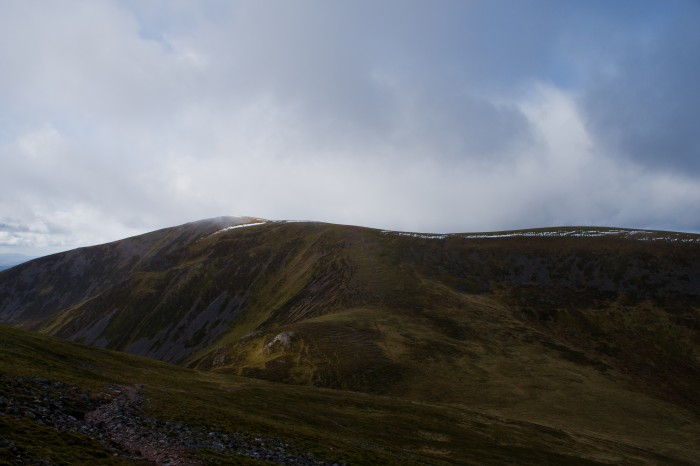 But we wouldn't see them until we were on the return route.

As we approached the summit of Carn nan Gabhar the rain turned to snow and the mist became thick leaving us with very little visibility. 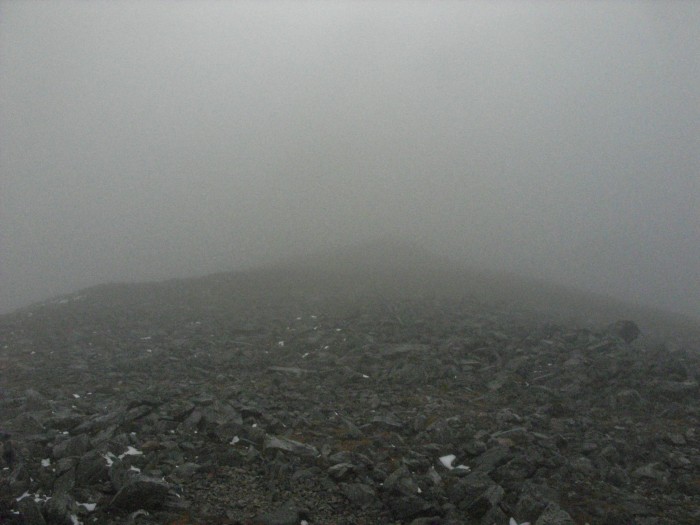 All we could see up Carn nan Gabhar

With no views available we didn't hang about and headed straight back down.

We were also treated to a great view (from a distance!!) of the deer rut which made up for the lack of views on the final summit 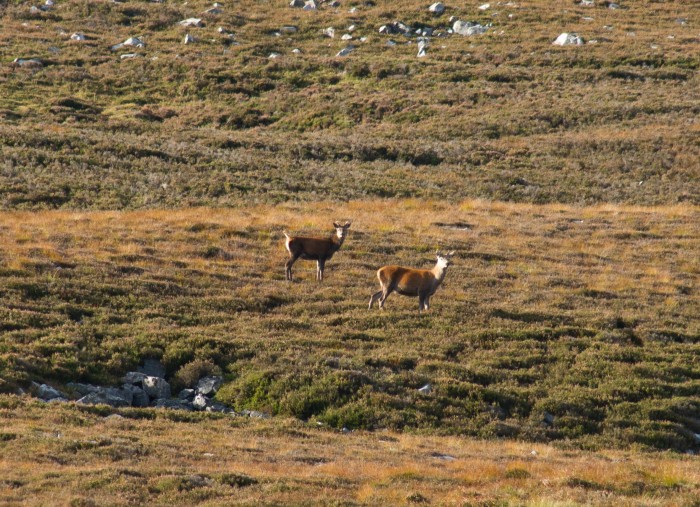 Joy of a zoom lens

Well done for carrying on in such grim conditions

Love photo number 3. Totally sums up most of my hillwalking days

So you managed to capture the elusive deer. I often hear them but alas never get a treat like you

Good effort SMR, shame about the wet n wild weather but at least it cleared up on the way out, a couple of nice shots at the start and the deer at the end mean you have a few captured moments at least. You are right about the temperatures....time to start dusting off the cold weather gear I think

Nice one, this has been on my to-do list for ages, if there is a chance of good weather near the end of the month I will try and give it a go.

Polly - yes, was great to get a proper deer sighting in. Usually they're just a speck off in the distance or too quick for us to get a decent snap.

Chris - quite right. Since this walk water and windproof gloves have been purchased and we're off to Millets later today to grab some thermals.

Rogers - get on it! Really nice walk. The parking is a little limited so it pays to get there early. Fingers crossed we see some good weather soon