Hoping to make the most of the long days of summer and a decent forecast, I decided to do the Braeriach traverse. I set off from home before 5 to and started walking from the sugar bowl car park at 7.30. Shortly after heading off I spotted a roe buck in the distance, calling to keep me off his territory. Soon afterwards, I reached the Chalamain gap which took me a bit of time to cross since I had heard it could be tricky so proceeded with caution since the last thing I wanted was to break a leg before even getting to the summit! As the Lairig Ghru came into sight, I was crossing some stepping stones when I spotted a dipper feeding its chick. Unfortunately, as I was watching I stepped on a wobbly stepping stone and got a wet boot, but, I think this was a small price to pay

I opted to do the hard work first and leave the long walk down the Lairig Ghru for the end of the day and as I started to climb the views of Sgor Gaoith and loch Einich opened up with the cloud drifting away and the sun peeking through. The cloud started to come back down and there was a few spits of hail as I reached the summit of Braeriach. I didn’t have a clear view but the cliffs looming out of the mist as the cloud slowly lifted added to the dramatic atmosphere. On the way to Sgor an Lochain Uaine I saw a snow bunting and several plover as well as the ice remaining in the corries. The cloud had lifted by the time I reached the second summit and conditions were clear for the rest of the day. After lunch beside the cairn of Sgor an Lochain Uaine (surely one of the best picnic spots!) I made my way over to Cairn Toul and Devil’s point, with fantastic views in all directions. The path down to corrour bothy was quite steep and I was glad I had my poles and had a quick break at the bothy before the long walk out. It was really great to look back up to the hills I had walked over earlier in the day as well as Ben Macdui on the other side. 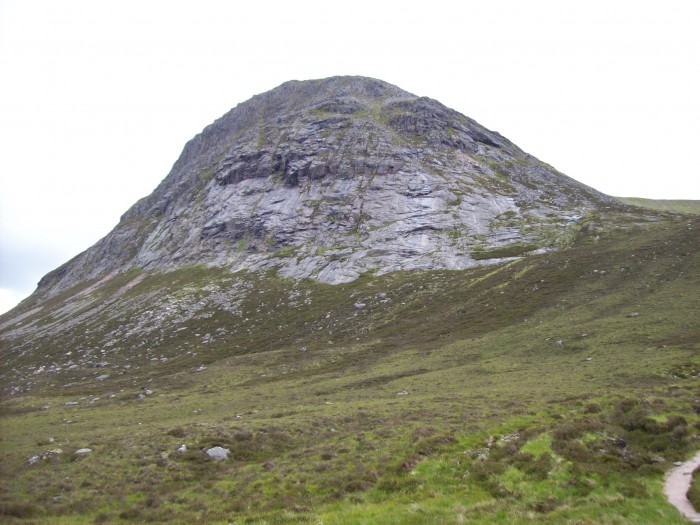 After eventually regaining phone signal, I gave my parents a call to let them know I was alright and had some more food before the last couple of hours walking back. I avoided the loose stepping stone this time and crossing Chalamain gap didn’t seem to take as long as it did in the morning.
This was by far my longest day hillwalking so far and was a brilliant day out. I camped back at the car park and, just to make the most of the weekend, met a friend to climb Ben Wyvis the next day.

Good effort Jennifer, I am hoping to do a similar route one day. Like yourself I'll leave it to one of the long summer days to ensure I can take my time.

A fine long day Jennifer , and nice wildlife too . I agree with you ... a cute Dipper chick vs wet boot - no contest.

Lovely. I have this one reserved for a special day.

Thanks, hope you all get some good weather when you do the route, it's definitely a memorable day out.