. We woke up to a wonderful view. I couldn't have wished for a better weekend. This walk was fantastic! Perfect weather, an amazing sense of space, good paths, a striking first Munro, fun sections of scrambling and excellent views.

We followed the WH route and parked in the large layby off the A82. There was some boggy ground to negotiate before getting under the railway underpass but after that the pathway was well maintained... until we forked off onto the grass and headed towards Sron Gharbh. The terrain here was a bit boggy but not too bad. The ascent up Sron Gharbh was actually pretty steep with a mix of rocky path and boggy sections. We all worked up a bit of a sweet. 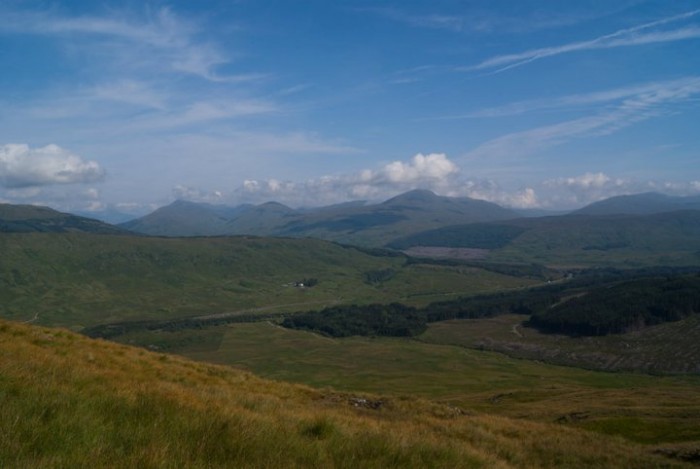 Once Sron Gharbh was out of the way the walk really got going. We were already being treated to some nice views. The walk from here to Twistin Hill was really pleasant. The whole ascent up An Caisteal was an enjoyable mix of steep rocky sections and flatter grassier sections. But the views were just wonderful. Ben More looked great! 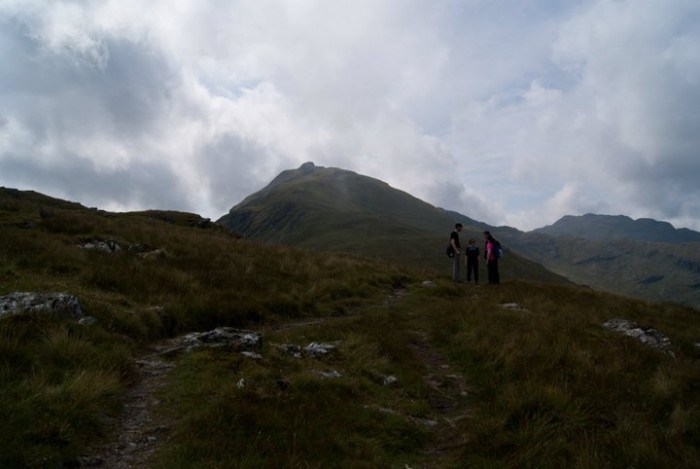 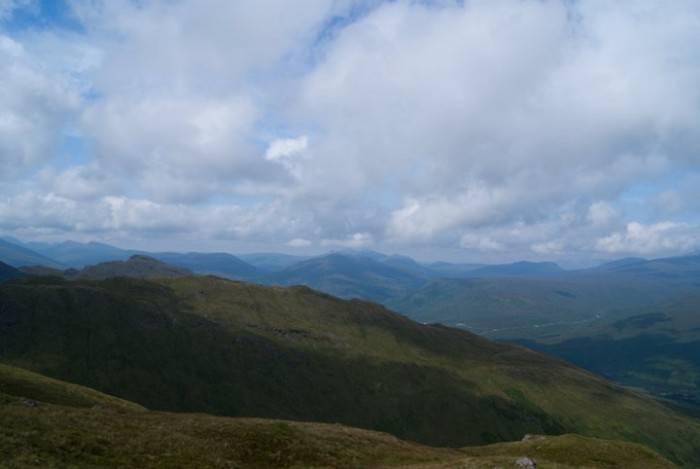 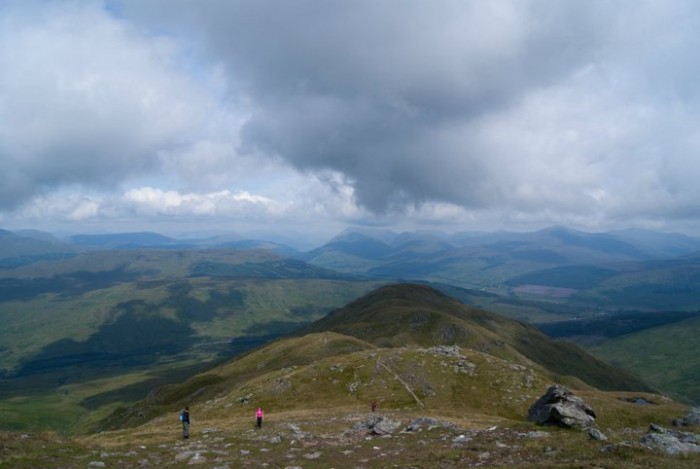 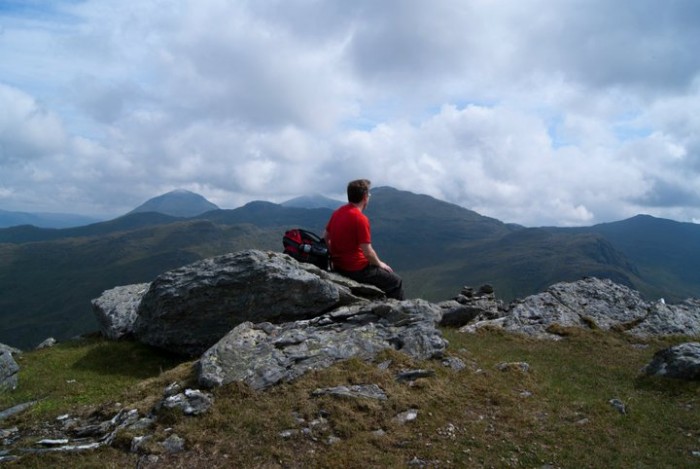 and meant we were on a high as we got to the summit. From here we could see both Loch Katrine and Loch Lomond. The walk between the two Munros involved a fantastic rocky descent followed by a steep ascent and further sections of scrambling. Once we'd bagged Beinn a'Chroin some of us carried on to bag the final top at 940mtrs while the others headed straight down into the valley. The descent down into the valley was pretty steep and I was suffering jelly knees - I ended up jogging down most of it because this actually made it easier on my knees, although I dread to think what would have happened if I had put a foot wrong! The walk through the valley by River Falloch was REALLY boggy! No boot made it out without having been swallowed at least once. But hey, this didn't take anything away from the day. BEST bagging experience yet All sounds about right! Was a great bagging experience..minus my nearly breaking my arm on that rocky descent!!

EwaMH wrote:All sounds about right! Was a great bagging experience..minus my nearly breaking my arm on that rocky descent!!

Oh the memories! That was a seriously nasty bruise. Also neglected to mention Jaclyn's ankle and Roy's crazy sunburn

I think that was most of our luck used up weather wise - the mist and rain has followed us about ever since!