After a night at Station Lodge (Tulloch railway station), headed off in the rain... again

First summit was mainly paths all the way, although there were a couple of rocky stretches. Fairly steep descent between these peaks, so we came down from the clouds then back up inside again.

Descent from the second summit was harder going, through heather in soft ground, but steep enough to make it go pretty quickly! Our route back included rock hopping across a stream, but all part of the adventure. peeking under cloud on the way up mostly paths to start with, then a short rock field! 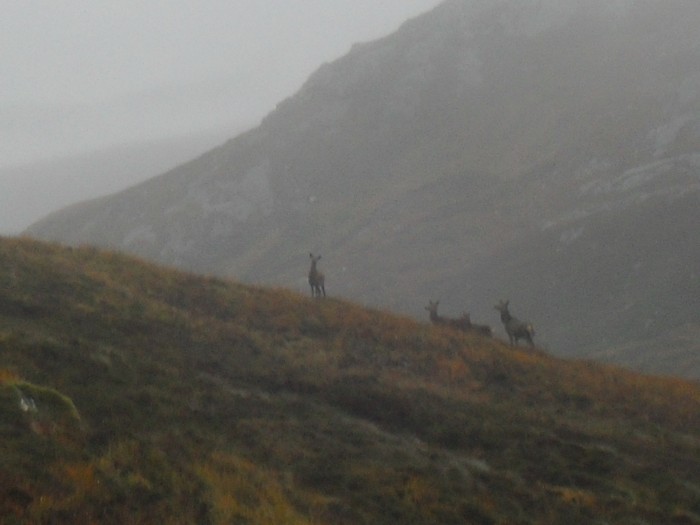 wild deer - saw more on the drive back