A trip around the Beinn Dearg group

A trip around the Beinn Dearg group


We did this walk in the summer, when the weather was a bit more agreeable. We were staying in Aviemore and tried to vary where we went. I chose this for the views which were excellent, but stupidly forgot my camera so iPhone photos I'm afraid

We set off on bikes from the car park at Inverlael up though the forest on the tracks, taking bikes for the 3km was a bit of a hastle but great on the way back esp for the children. Midges were in force in the car park so we didn't hang about.
we left the bikes at the edge of the woodland and set off up the path by the River Lael. From here we headed down and over to Meall nan Ceapraichean the was no recognisable path and it was a bit of a slog up to the summit and it took longer than I had thought it would. We had a bit to eat while looking down Gleann na Sguaib on the summit it had taken 4hrs so far. It was a bit odd on the summit with Beinn Dearg towering over us. 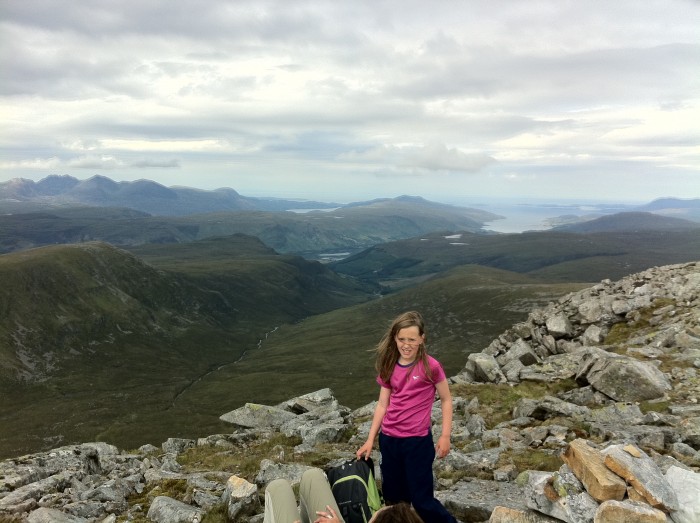 From here we headed up Cona Meall this was straightforward and took under an hour to reach the summit from Meall nan Ceapraichean. Views were great across Coire Ghranda and kids spirits high it was shaping up to be a great day out, however just the final push up Beinn Dreag to go. From Cona Meall we went back to the bealach and headed up the steep climb to the top to Beinn Dreag by the wall. It was bizarre to see the wall there it made me think of the men who built it and why it was built. I guess it is a good navigational aid now so still has a use of sorts. The climb up was just the gradient I like so we were at the top on no time at all just 50 mins from the top of Cona Meall. The kids climbed the large cairn, as did mum and dad. 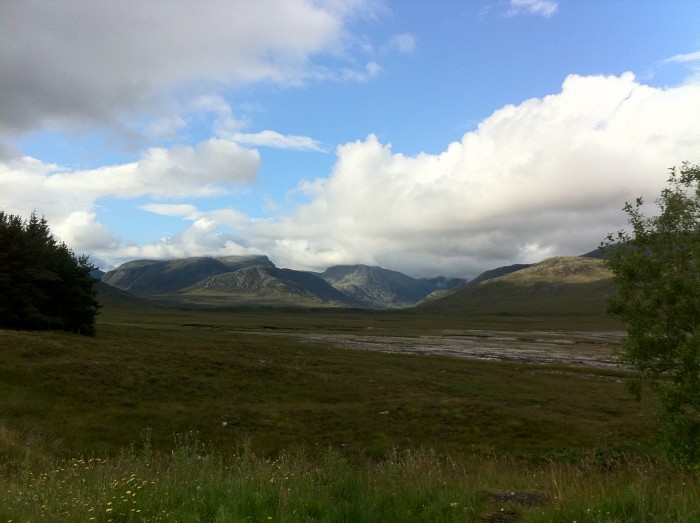 We headed back to the bealach then back along the stalkers path to our bike then the car. This took a fair bit of time and we were all grad to reach the bikes.

This was a great day out.

I've only ever done this group starting with Beinn Dearg. Your report has got me thinking! Your children seemed to be enjoying themselves. Good to see youngsters on the hills.

Well done your kids on doing all 4 in one outing!

They'll have well and truly got the bug now.

I was thinking while climbing up beside Destitution Wall it was quite a steep slope to build a wall on - and these guys would have walked a long way to get there and were suffering from a famine too!

Excellent report Duncandsooz. Well done the kids on tackling these remote Munros. Looks like you had some great views as well. Nice