Day 1 of a week in the hills

Day 1 of a week in the hills


This was the first day of a long planned week of walking with my mate Iain, he had come up from near Stratford upon Avon in England.
I had been away with work for the previous 2 weeks and the jetlag was a bit of a hinderance but what better way to get rid of it.
We set off from Glasgow around 07:00 and via Callander for Bacon / Egg rolls and coffee before arriving by Vorlich House to start around 09:30.
It was a pretty bleak start with rain on and off all the way so on with full waterproofs from the off. An easy walk into the hills followed and we chatted for a while with some folks from the National Park that were undertaking path maintenance. A guy in shorts went by us as we were just getting into the clouds. I figured he might be underdressed for the day!
A bit of a slog onto the summit where the wind was blowing and the visibility at about 5 metres. 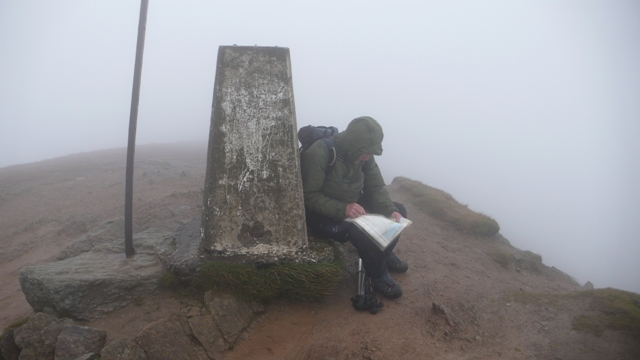 A slow plod across the bealach where we stopped to have a brew and feed. Warmed up slightly we headed for the prow of Stoc a' Chroin. This was a lot easier than expected and any sense of exposure was limited by the lack of visibility. 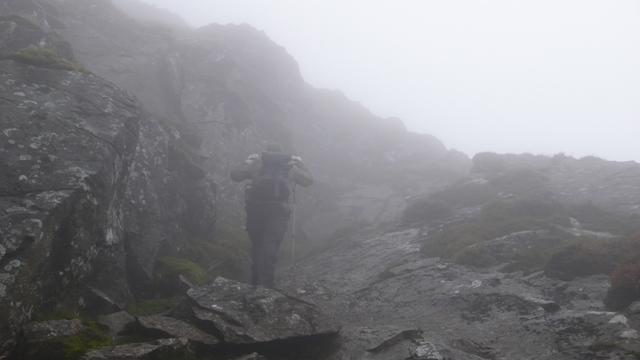 On to the cairn at the top in quick time and then onto the final summit whare a quick picture was taken and headed down by the path avoiding the scramble descent. 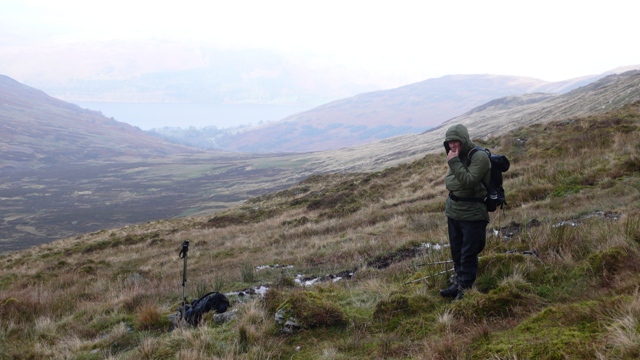 Once out of the clouds we stopped to admire the view, about the first for a number of hours. We arrived back by the house where the guy in shorts appeared behind us, he had taken in the 2 small summits to the east.
A wet day but a good one to blow away the cobwebs.
A short drive to Killin and eventually the Lawers Hotel for beer. food, bed to decide on the plan for the next day.

Great report, I'll look forward to the next instalment

Thanks Chris, unfortunately this was the pattern for most of last week. 2 more posts to come.
Steve