Having used the walk reports on Walk Highlands many times myself now I thought i would attempt my own short story of our trip to climb Moruisg......so here goes!

A plan was hatched for Raymond to take Breagha, his canine companion on her first Munro, having already conquered a corbett she should be up to the task.
Being winter daylight we had to be finished for 5pm and having read on another report that a 7 year old girl had done this route in under 7 hours we decided we should leave ourselves 7 hours to complete the route (surely we wouldn't be beaten by a seven year old!). That meant starting by 10, so after meeting at Tescos Dingwall, myself Raymond, Breagha and Chris set off.

A mixed forecast was the order of the day so as we arrived at the layby in Glen Carron we thought we would be lucky as the weather was dry and bright. With Breaghas wild excitement of all sorts of smells and sights off we set across the wild moorland with the going not to bad until we crossed the Dingwall To Kyle of Lochalsh railway line.

The 4 star rating for bogginess did not disapoint with all of us including Breagha finding ourselves up to our knees on several occasions. Then the rain came and on with the waterproofs, the slog up the relentless steep slope then ensued livened by the occasional disapearance of Breagha who , not contented with jumping in every bog obviously thought it was great fun to chase after the scent of a deer or two only to return minutes later happily exhausted.

Finally with the summit in sight the rain stoppped and the cloud cleared with a great view towards Strathconon and Glen Strathfarrar hills. The Fannichs were visible however Torridon never came out of the gloom all day.

A bite to eat and off we stomped down to the col where we would head up to Sgurr nan Ceannaichean, Another scent of deer nearly sent Breagha dispapearing down into the coire below

for her only to return looking slightly bewildered(she might think twice next time having survived the steep slopes into the coire below!!)

With the wind and rain strenghening we continued with the steep ascent on towards the Corbett which ended with relative ease once the final short rocky section was accomplished. Onto the sumit and yet again the weather cleared with great views South and West. A few photos and then a quick descent as we were hoping to beat the 7hr time. The descent was very slippy with lots of comical sliding around with everyone ending on their backside once or twice ( except our 4 legged friend) Having made it to the relativley flat lower slopes we picked up the stalkers path heading through the regenerated forest and stomped back to make it to the car in 5hrs 56mins.

All in all a very wet, windy, Boggy and enjoyable walk with great company. Moruisg from the car park 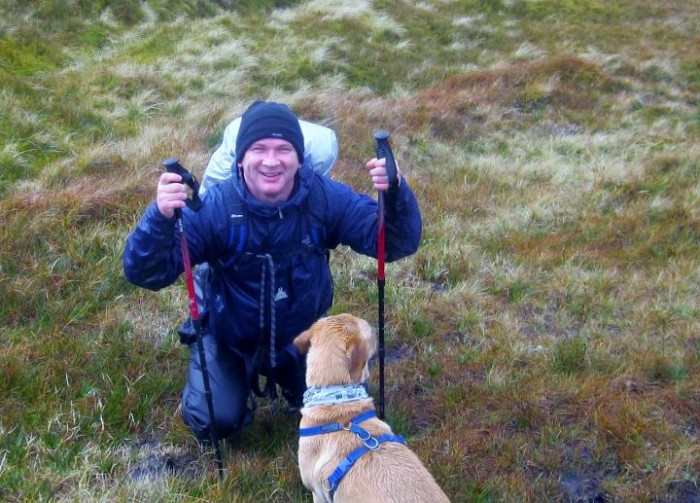 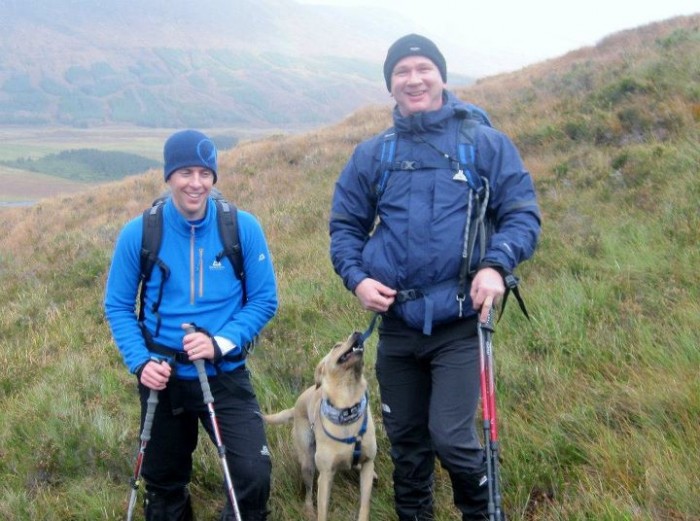 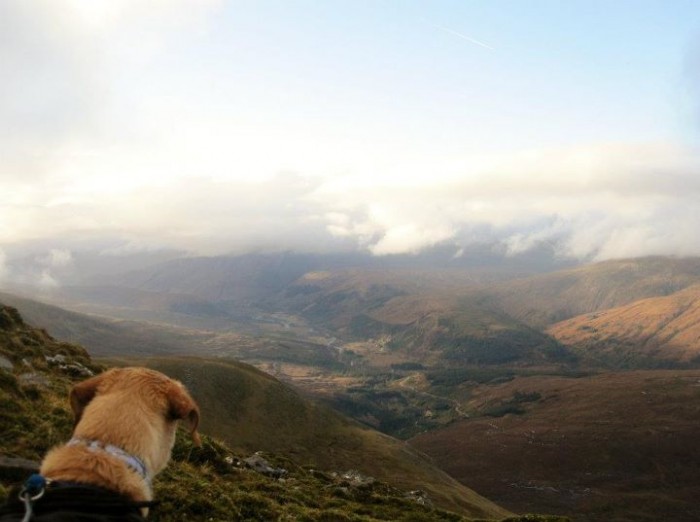 Breagha taking in the views

Breagha taking in the views 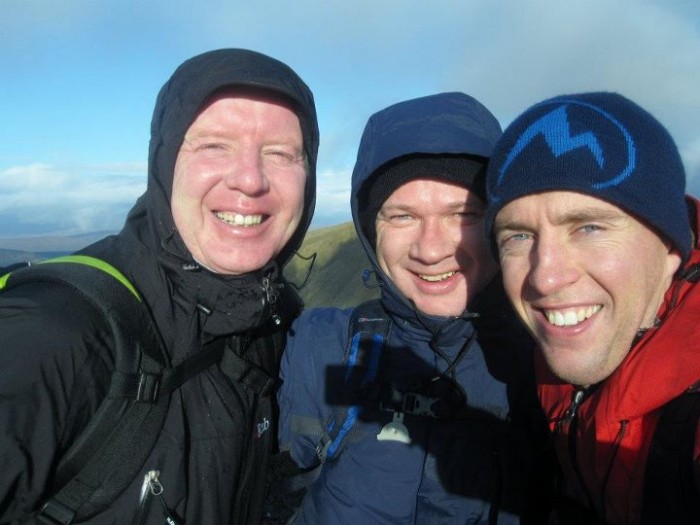