First of all right off the bat. This is a fine hill. Many may think, pah! Corbetts! Indeed! But Ben Vrackie shows off some tremendous views, is a great walk in, and a nice steep brisk walk up.

It was a great day out for me, and a little tick, but by far more than that, this hill means a lot more to many others too.

The night before the Mountain Weather Information Service said, a fine autumn day was due. 90% clear. Wow.

I still packed the waterproofs!

But a good day it was set to be indeed. Nine amigos made our day together and we all met up in the early morning mist or the harr as it can be called. That low floating sea mist, or condensation from the trees and foliage that sits low.

So we were off into the harr and the first sighting of it was at the bridge. The forth one, not the Firth, and the fifth is yet to be built! The harr of the forth or the fourth not the fifth at the firth ?!?!

The road up the A9 was patchy and foggy. Only now and then would a break of blue sky and some hill views show themselves. We knew it would be far better on foot, today was a day of confidence.

Our chosen route was from the car park at Moulin. Just North of Pitlochry, lovely town. Worth noting here the trip up to the car park is a narrow and potholed road a little bit rough. But manageable. There is also an overflow area, so really ample parking all round.


Right at the start I was presented with a lovely tree that I really liked. It was such a contrast to the wonderful autumnal colours around us everywhere. 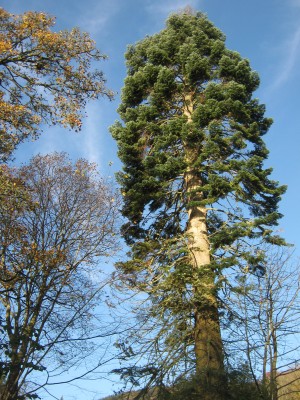 Following the sign we were off and on our way to meet Ben Vrackie. This is a popular hill I can see why. Amazing views on a good day. Accessible. Quite quick up and down too. Also there is a path all the way.

This would be a nice neat hill in all weathers, a grey rainy dreary day it would be hard and slippy. The path is well maintained and well put in place. In the wet though I would bet it would offer some slippy incidents as it is simply a long stony staircase.

From the car park through the forest path does not take long, the trees break, and your target is in sight. 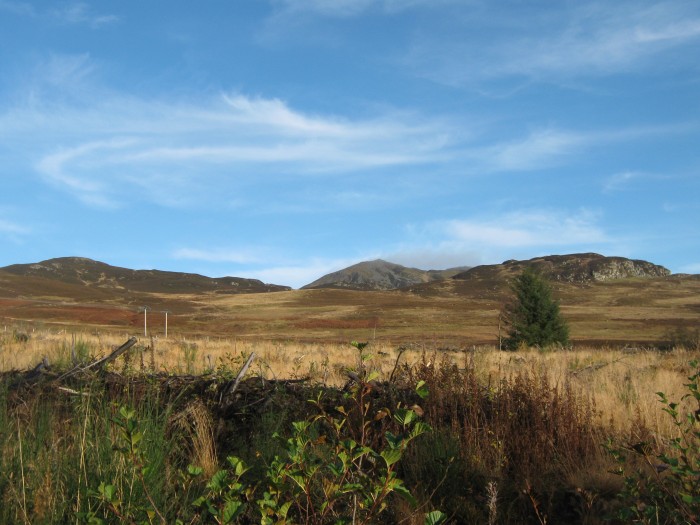 Rising up the path a little was enough to give some height above all that low ground fog and enough to show it off. The area itself also opens right up and starts to give off wide views. 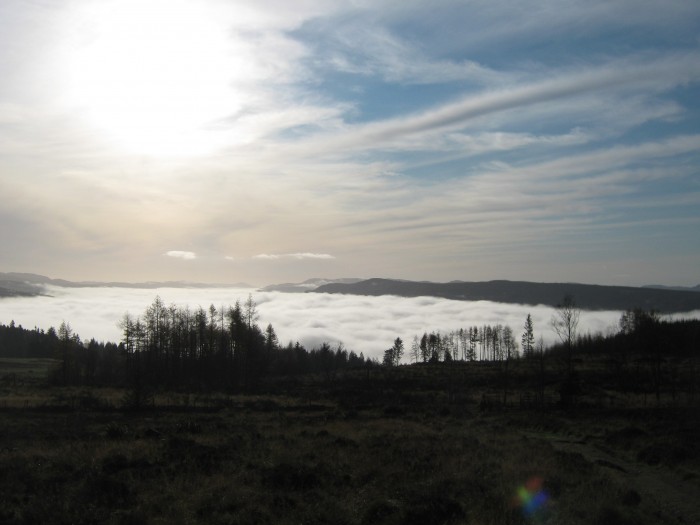 Looking back at the low mist and fog 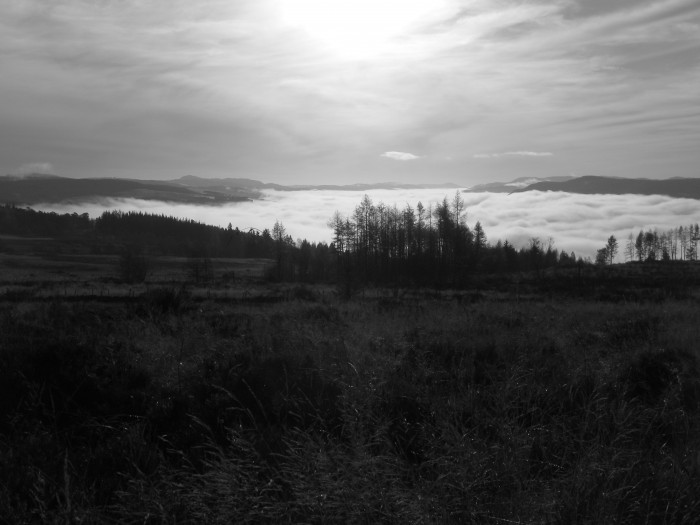 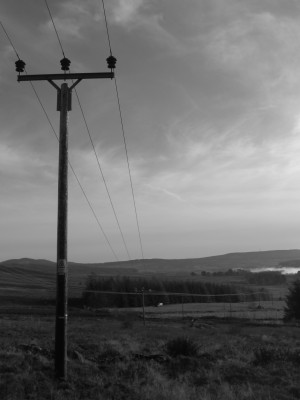 Power to the corbetts, or Troll fencing....

We reached Loch a Choire. Which flattens out the path and leads nicely to the foot of the steps to Ben Vrackie. A gorgeous day already and the light really showed off a deep blue of the water. 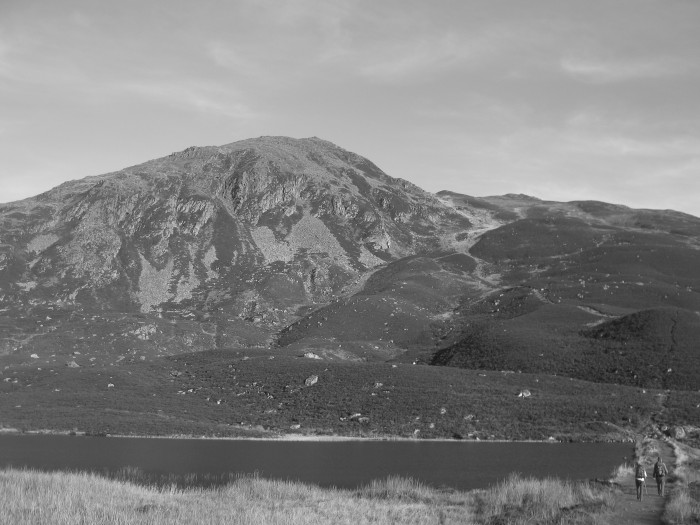 Two amigos on the path to Ben Vrackie 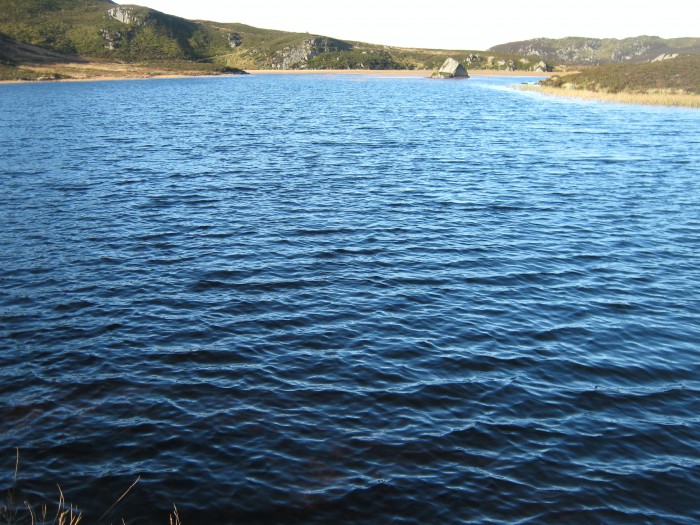 The blue waters of Loch a`Choire

Making good time we stopped off for a tea break part way up the steps. It was turning into a popular day. A few early morning starters had greeted us on their way back down. And throughout the day we ended up greeting a lot more on our way back down.

This days tea break, had quite a view. Super day looking over to the West 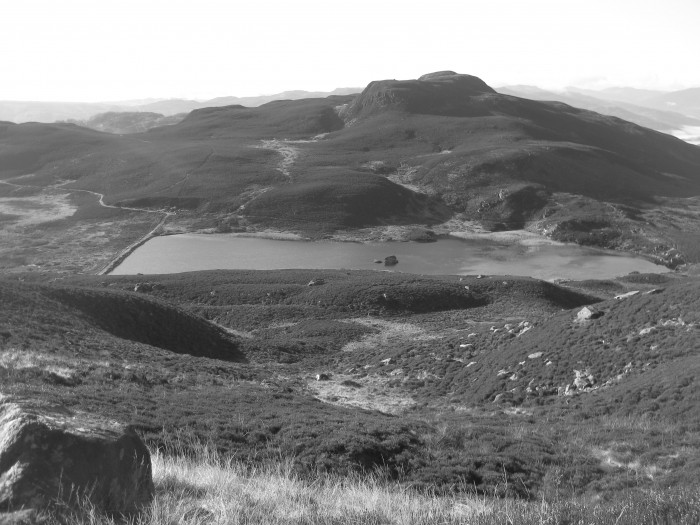 Tea break was over it was time to push on. It is a quick staircase up really. Tiring for me not having been out for two weeks I was quick to puff pant puff up the stairs.

Just before the top the true owners and watchers of these hills appeared. 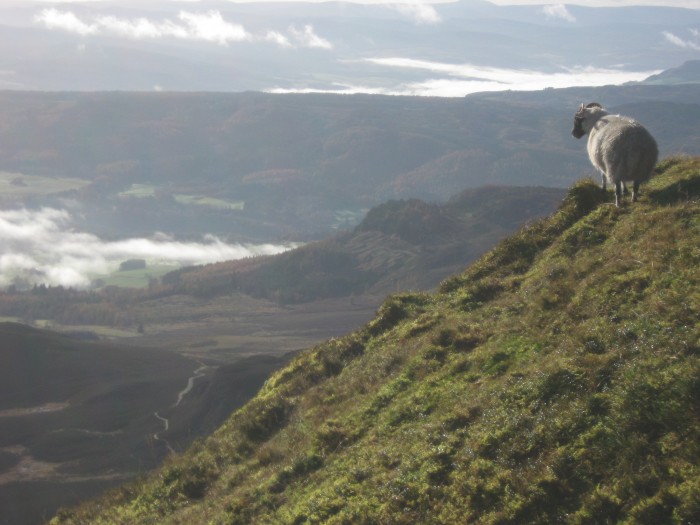 Surveyor of the land 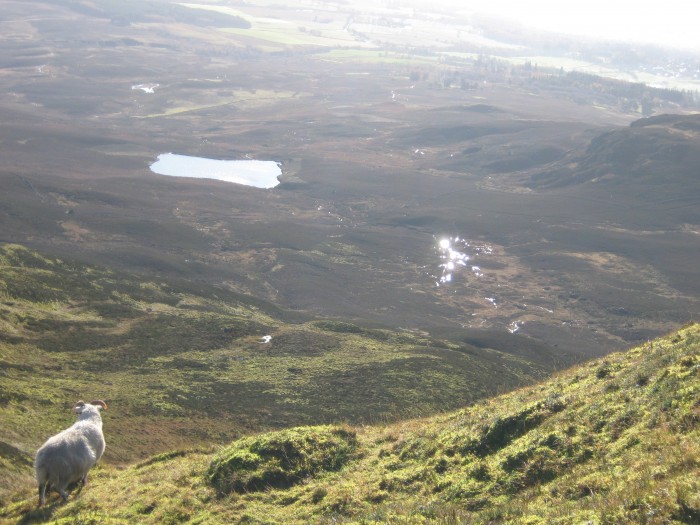 A bright day of green and browns 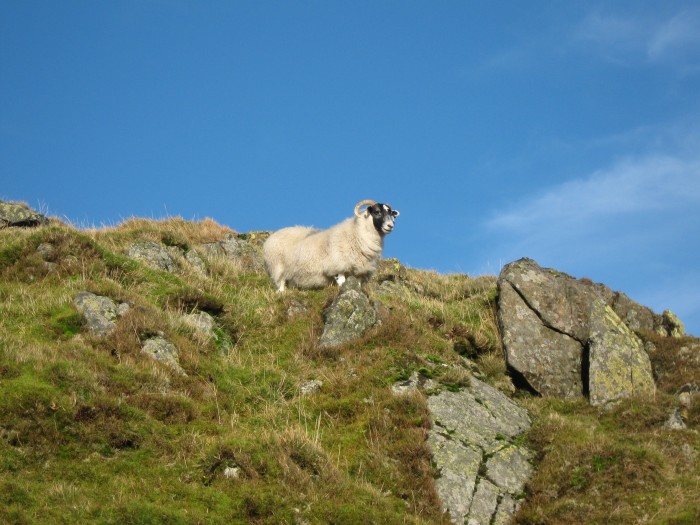 Watchers of the hills

Last pic just before the top. Looks a bit like a lake or sea loch even out before me. This is looking south south westish over toward Pitlochry past the little reservoir. Far right of picture would be Pitlochry and looking ahead over where the A924 would be running partly under that fog. And summit time it was. Time for some of those gratuitous summit pictures. 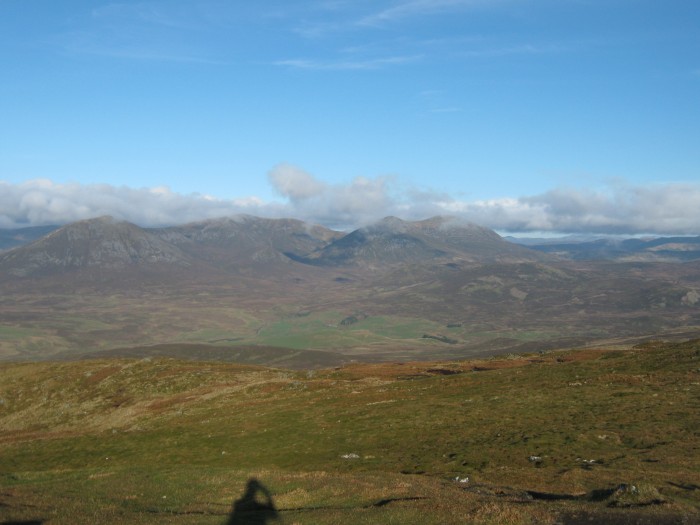 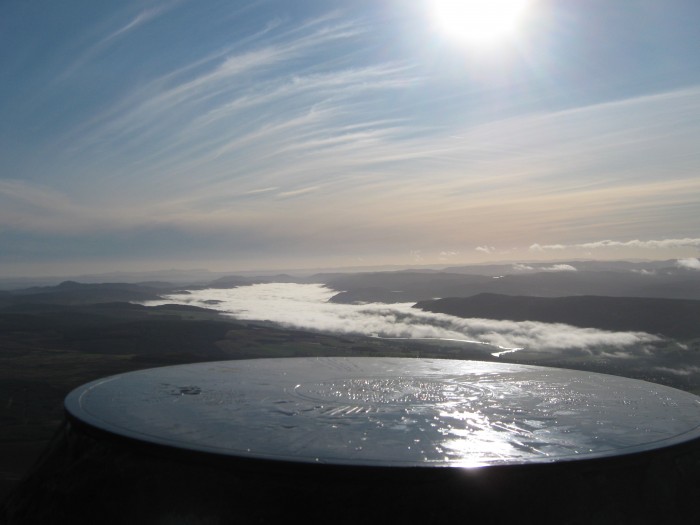 Viewing plate of Ben Vrackie and a fantastic day first use of shades this year!!! should maybe make it the last! 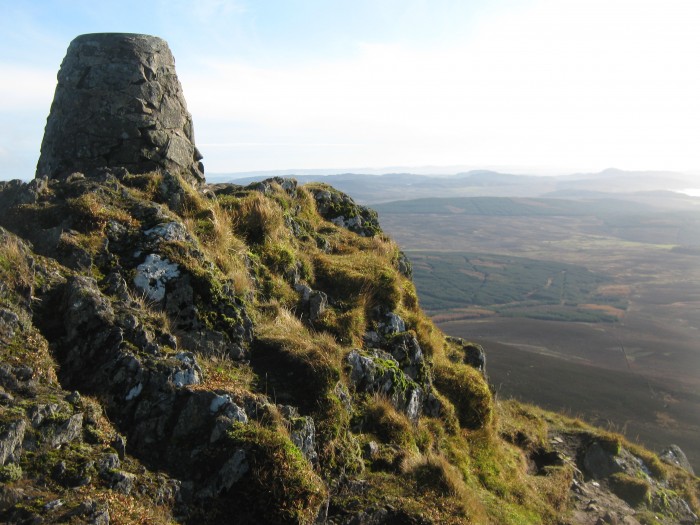 We all sat at the top for a bite to eat and a cuppa. We met a nice chap and two lovely collies from Perth. The collies were fantastic dogs and the mere presence of them seemed to have the sheep line up into orderly rows.

We learned from this chap today was a special day for someone to be remembered. A group was there for Ben Vrackie was the most favourite hill of someone lost to them. They were there for a special day and that was quite touching really. And no more to say than that as it is a special place indeed, and really, they could not have been given a better day at all for it.

We left them all to their special day and set off about our return.

A final look back on the way down offered a nice pic before reaching Loch a`Choire and looking up to see the summit peak and the path up the side. 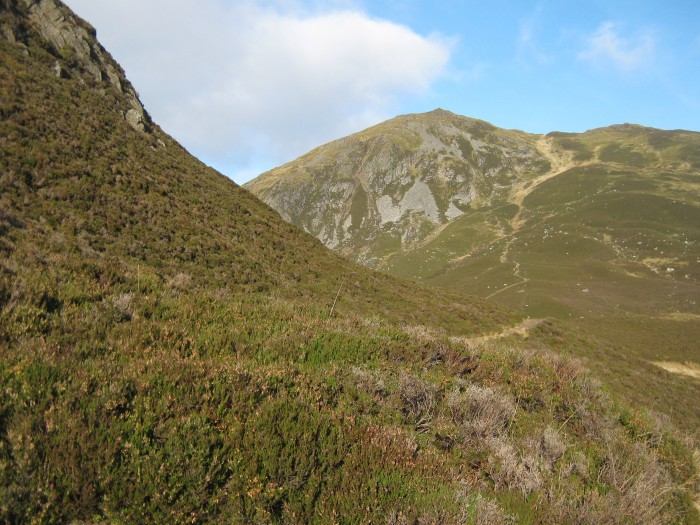 A look back at a great corbett thank you Ben Vrackie

Means a lot to people this small hill. Gave many a fifth of November to remember and remember.

Looks like you had the same kind of weather as I had today,great wee walk.

Looks like everyone had good weather this weekend. That was a good read.

i love this little hill, been up a few times.

The moulin inn is a great place to unwind.