This was my second day walking in Glen Carron and early in the morning I drove down to Coulags. Parked the car in the lay by and walked back to pick the path that had the sign saying Glen Torridon. Through the gate and followed the path along the side of Fionn-abhainn and in about 2km you cross over to the west side of the water and had a view of Sgorr Ruadh the hill that I did yesterday. Further along the track there is a large rock with two plaques on it. I meant to have a look on the road back, but forgot. Then the bothy appeared though looking a bit lopsided in my photo. About 1km past the bothy I picked up the path that goes to the left to take you up to the bealach with the top of Maol Chean-dearg to the right. 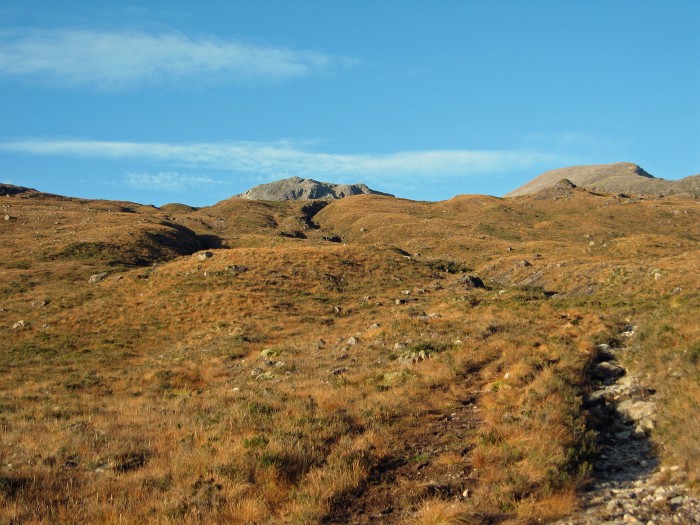 On my left is Meall nan Ceapairean. On reaching the bealach I sat and had a drink and took in the view across to An Ruadh-stac which has a great cliff falling down to the small loch. After ten minutes I set off up the quartzite scree then along a flatter area before the last pull up hill over sandstone boulders to the summit. 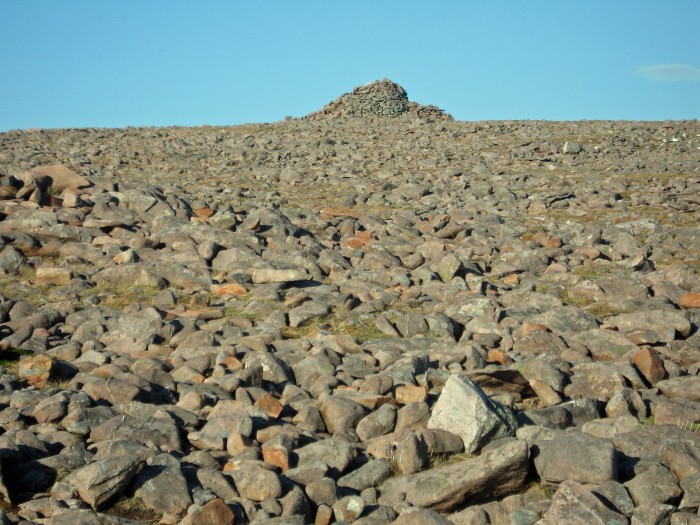 The same as the previous day, the weather was excellent though there was more of a chill and had to put on a leightweight fleece and jacket. Had lunch and again took photos before setting off back down. I took the same route back that I came, down the rocky path to the bealach then down to the path that would take me back to the car. Across the bridge to the east bank On the road home I stopped at the Glengarry viewpoint to make a phone call home and the sun was about to set and thought it was a good photo opportunity. Another good day on the hills though on both days I did not see any wildlife.

My favourite walk so far, nicer day you had for it than myself, but was nice and easy on the way out and in. Seem to remember someone had scratched something on the plaque on the stone...cant remember what, but put it this way I was a bit aghast someone could do that!