The car park at Achaladair farm was busy when I arrived with a few groups of walkers heading up through the farm yard taking the anti-clockwise route, I'm glad I didn't follow them although I was tempted. The walk highlands guide for these two Munros gives the option of a clockwise or anti-clockwise route; clockwise was my choice as the alternative is to spend the first couple of hours climbing to the Bealach at the top of Coire Achaladair through a bog. It was hard enough coming down that way at the end of the walk but to start the walk up through a bog must be energy sapping. The Mountain Weather forecast was spot on as it always is and there was broken cloud giving good visibility all around. 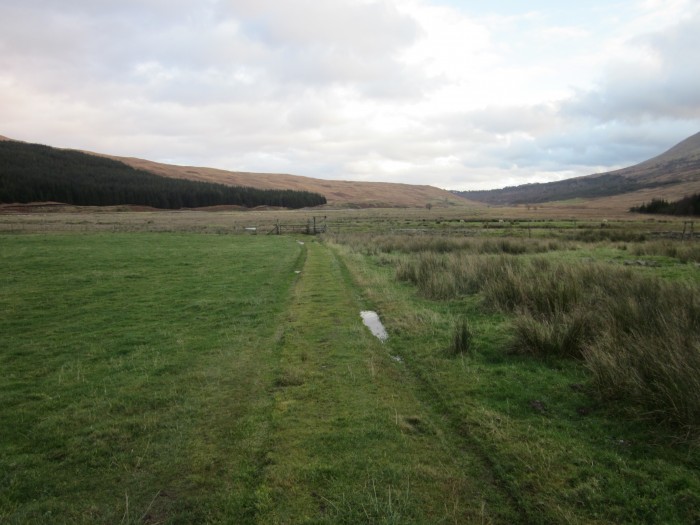 The route out of the car park was easy to follow with a well marked track heading NE across the field towards the fording place across the Allt Coire Achaladair, I managed to get across without getting my feet wet. The path is a bit boggy in places but very easy to follow keeping to the south side of the Water of Tulla until you reach the bridge over the river just below the ruined farm of Tom na Grobh. 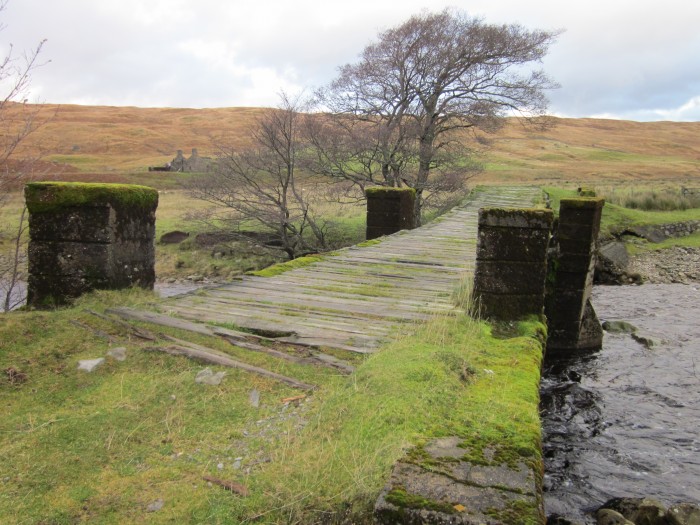 From the bridge its a good track for about 2K until you reach the smaller bridge back over the river and into the Black Wood of Rannoch; there's a faint track which takes you east for a while and then adjacent to a pylon there is an under pass under the rail line. 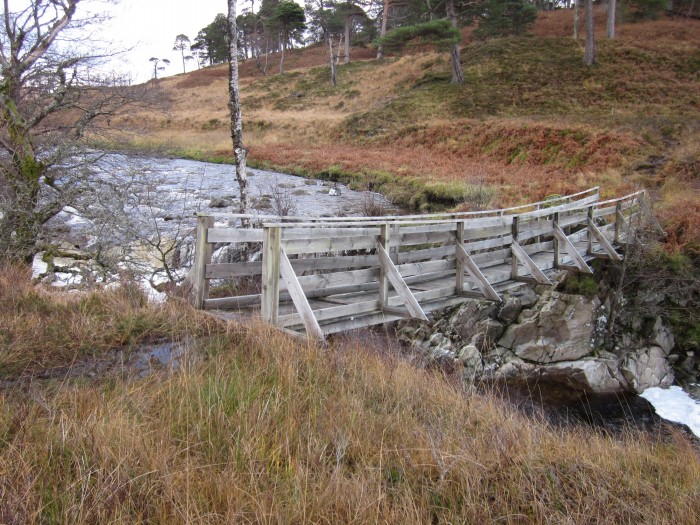 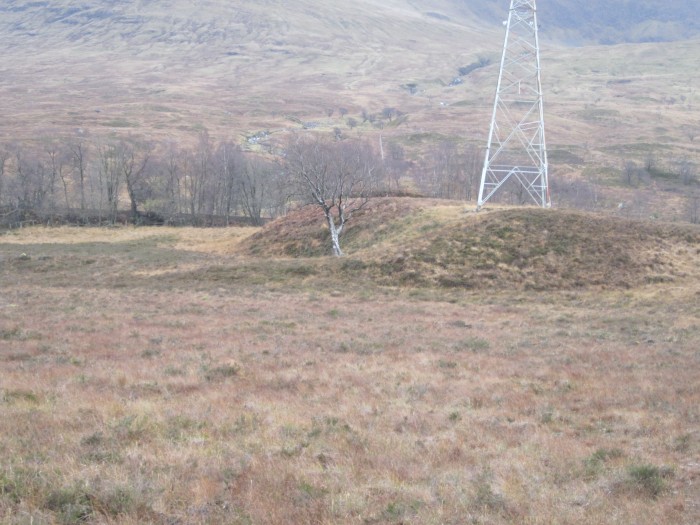 The path up alongside the Allt Coire an Lochain is very easy to follow as it climbs steadily up, follow the path all the way to the Lochain before crossing the burn and heading up to the low point on the ridge just NE of Beinn a'Chreachain. The views from here are fantastic especially on a clear day like this. It certainly wasn't a cold as I expected and the fleece I was wearing for the first 10 minutes of the walk was now back in my pack where it stayed until I stopped for a sandwich later on. 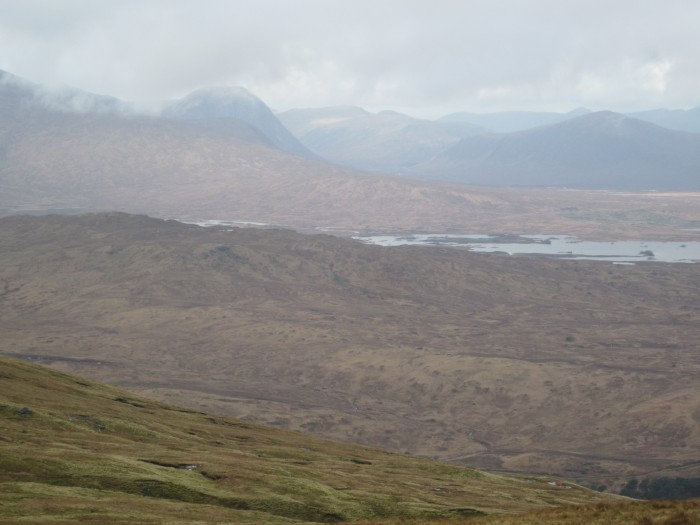 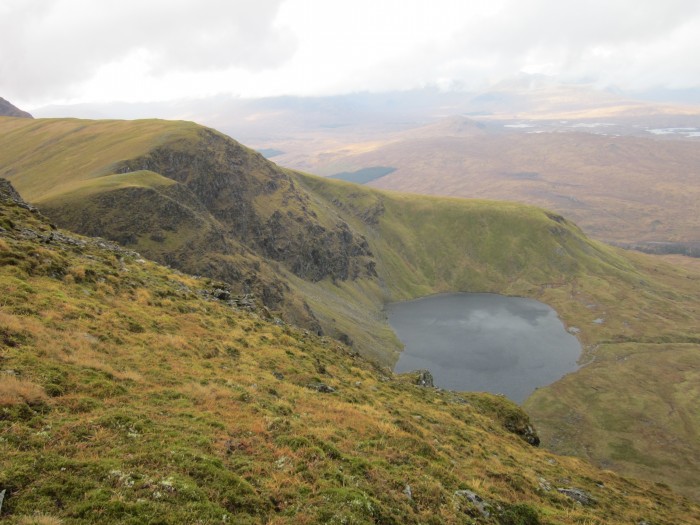 Lochan a'Chreachain from near the summit

From the ridge it's an easy walk to the summit of Beinn a'Chreachain with a great view south over Loch Lyon and the surrounding mountains. 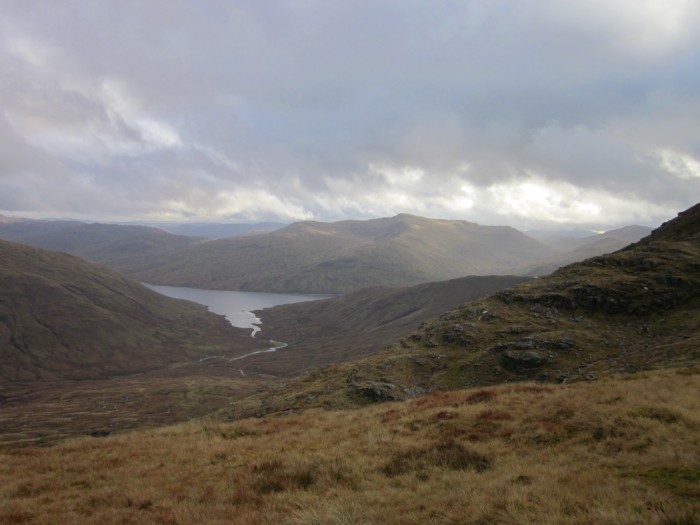 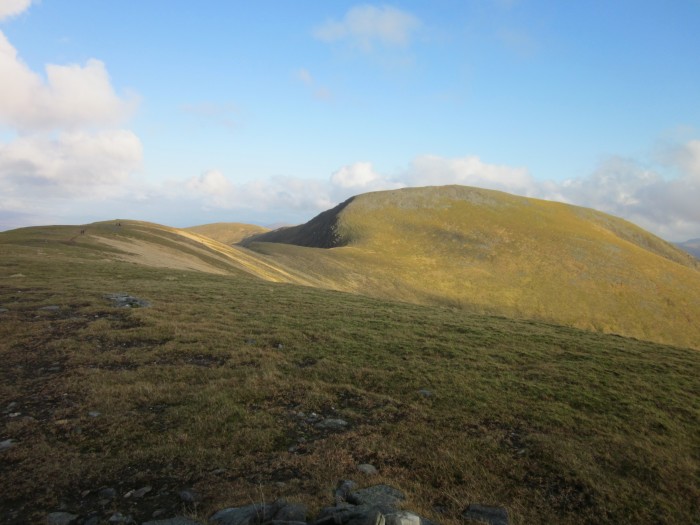 Looking back towards Beinn a Chreachain from Meall Buidhe 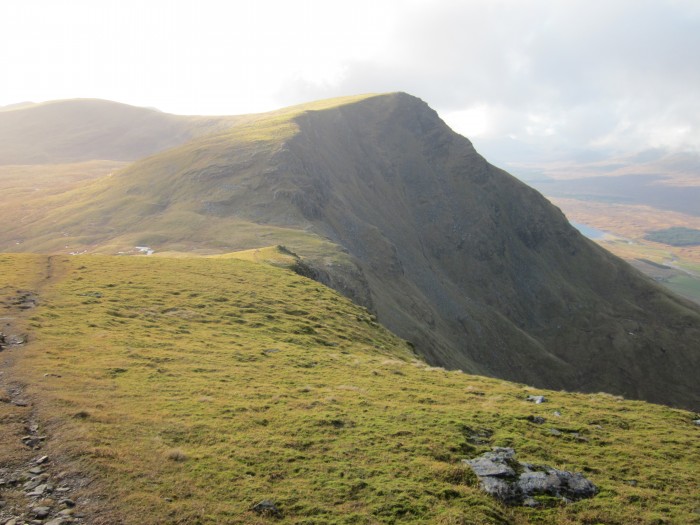 The climb up to the summit of Beinn Achaladair is a great part of this walk as it climbs steeply up through the rocks, I must admit by the time I reached the top my legs were starting to feel it, so just off the ridge I stopped for coffee and a couple of sandwiches. Its amazing what some food and a drink does for you, I soon felt as good as new (well almost)
From Beinn Achaladair the path down towards the Bealach is very easy to follow and the views in all directions are amazing. If it had been a summer month with longer day light hours I would have considered adding Beinn Mhanach to the walk but with the sun fast heading down behind Beinn Dothaidh it was perhaps a mountain too far. 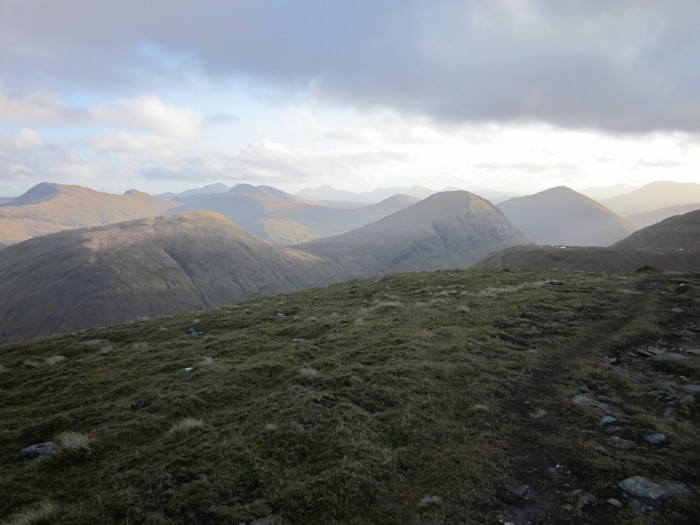 The view south from the ridge

There is a great view from Beinn Achaladair down to my starting and finishing point at Achaladair Farm, it looks so near but there was still a good distance to go before the walk was over. 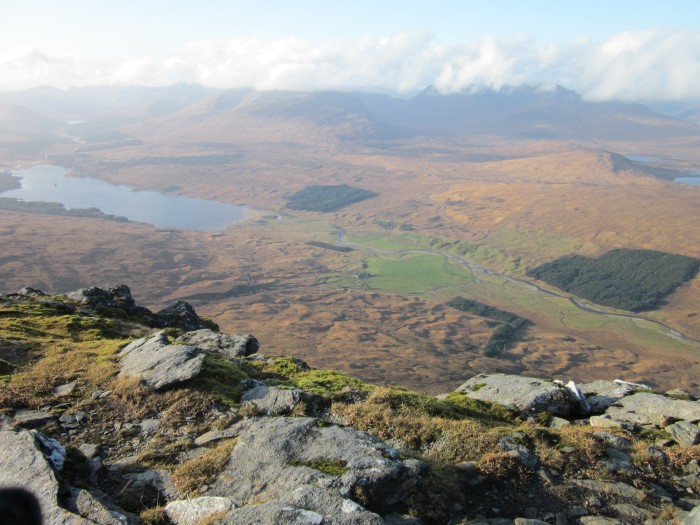 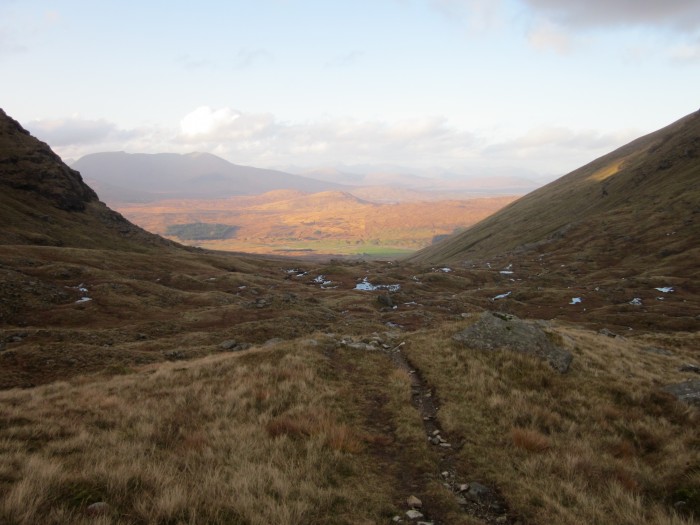 The top of the path back to Achaladair Farm

I reached the car park back at the farm at 3.45 exactly 6 hours after I started, it was another great day out in the hills I just hope this mild weather lasts a bit longer as the last two weekends have been fantastic for hill walking. Everyone I spoke to on the hills was really enjoying it and looking forward to the next weekend walk.