iv'e been itching to write a walk report since i joined a few months ago, so here goes.
i chose this route as i cant drive two cars at the same time, and for that reason, i would have to walk it all and i thought this would be the easiest way to do it

this was my second attempt, because the first time it was so windy i nearly got blown of ben lawers into glen lyon!
the forecast on saturday was for wind again, dropping in the afternoon, so i decided to reverse the route this time heading for meall greigh first.
i parked in the small layby at craggintoul, then a short walk up the main road to a farm track on the right, through a few gates then i was on my way steadily uphill till the track splits of to the right, heading along the base of the hill.
there is a track before this but it heads downhill, so dont take this one.
after a few miles you join up with where the lawers burn path comes out, there is a small cairn here. i dropped down the ravine here and straight up to the summit of meall greigh. so far so good, after a quick talk with a man on the summit we agreed that the cloud was going to stay low all day

so off i ran down to the coll before meall garbh and within 5 minutes the cloud and mist dissapeared?? scotland, dont you just love it

a pretty straight forward walk up to the summit the down to the base of an stuc. was it going to be as tricky as i'd heard? it certainly looked daunting, but i was going up, and not down. i have to say it was'nt that bad, but i can see it being more difficult in poor weather conditions!
anyway made it safely and had my usual snickers on the summit, which was frozen solid. did'nt think it was that cold?
onwards again, i had ben lawers in my sights and it did'nt look that far away, half way up and the fatigue started to take hold

i had done around 10 miles so far, anyway i made it to the summit. and joined the que for a pic. is lawers always that busy? that was my 4 done, as i had done beinn ghlas a few weeks before when i had to turn back on lawers.
as i wanted to include a gpx file to complete the whole ridge, guess what, of to beinn ghlas again.
not difficult really, just a quick walk from ben lawers.
5 munros done. now just the small walk back to the car!!! mind you down hill all the way.
i doubled back on myself a bit, but i think you could just drop down from the summit. might be better in good visability?
easy enough going to start with steep in places but ok, you want to be heading down to the main burn and cross it to stay on the left side. there is a faint path down the edge of the burn after a bit. just follow this till you link up with the track you followed to start with, then back to the car yipee. my legs are still sore

i hope you enjoy my report.

LAWERS 5 GPS.gpx Open full screen  NB: Walkhighlands is not responsible for the accuracy of gpx files in users posts looking back towards ben ghlas. this route down is boggy in places my cars away down there! made it!! ben lawers lochan nan cat with an stuc and meall garbh towering above summit of an stuc with meall garbh in the background an stuc straigh ahead the track to meall greigh 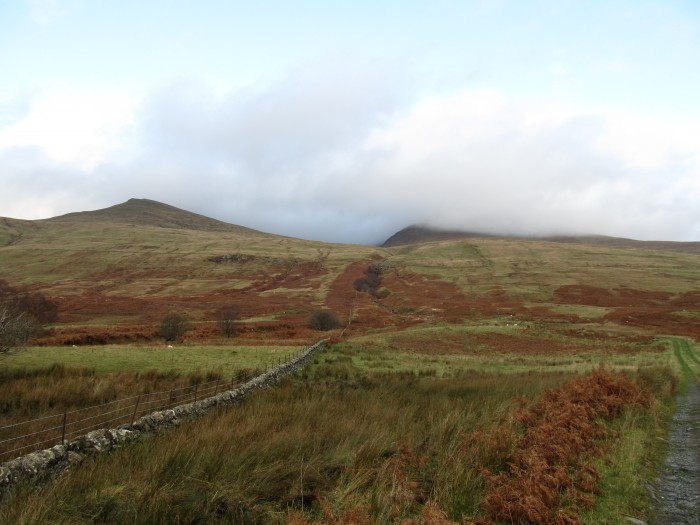 anyone know how to convert a mmo file to a gpx one so i can upload my route?
my photo's are mixed up too

I have just mastered the photo bit, but still don'y know how to get the app on my phone to do the route thing.
Good photos

There should be an option in Memory Map to export your route as a gpx file - unless it's a very old version of Memory Map.

Paul Webster wrote:There should be an option in Memory Map to export your route as a gpx file - unless it's a very old version of Memory Map.

thanks paul, found an option to save it as a gpx file when saving the route on to the PC. but wont upload it as i hav'nt cleared the track log?
im sure i'll get it right next time

Huck Finn wrote:I have just mastered the photo bit, but still don'y know how to get the app on my phone to do the route thing.
Good photos

thanks huck i seem to be lucky with my photos sometimes.
ive just sussed out that you use the quote button to leave a reply