Glas Maol Circuit vs. The Wind

Glas Maol Circuit vs. The Wind


This trip across these four munros wasn't as bland and boring as I thought it would be . . . when you throw in 50mph+ winds. I set off from the car park at 9:15 and was up Carn an Tuirc by 11 with little difficulty, keeping the wind at my back for most of it. Not much to see from this dome though and the skies were still filled with low cloud at this point. It's an easy stroll over to Cairn of Claise which surprisingly offered the best views of the day. Pretty sure that was the North Sea I was looking at from there. By 11:30 I set my sights on Glas Maol and at the time I headed off the visibility was still pretty good in most directions. I had considered going over to Tom Buidhe and Tolmount from here but from that angle both were pretty featureless and I didn't want to get caught in the mist without being sure of where I was (still working on map bearings). By 12:30 I was up Glas Maol and it was as lackluster from the top as I thought it might be. However, the view over to Creag Leacach was superb and to finish with that hill certainly kept this from being an uneventful day out. By the time I reached Bathach Beag the mist and cloud came rolling in. On with the waterproofs, wind howling. Thankfully the stone wall that climbs up Creag Leachach offered some good shelter from the rain and wind. After just over 4 hours I had reached all 4 tops and debated my descent. At first I thought I would cross to the 2nd top on this munro and then head down the bealach and return to the A93 as the site suggests. I really didn't fancy walking back uphill along the road. So after getting a tip from another walker I proceeded back to Glas Maol and contoured around the west edge of the top and followed the ugly ski fencing back to the nice path that heads around Glas Choire to Sron na Gaoithe. The cloud had lowered and the visibility had dropped so with the aid of the stone fence that runs back to Glas Maol and the metal posts that head across it this proved to be a useful route. Seems that the hares love to play in the mist too, they were all over Glas Maol. Just want to warn anyone planning to descend by way of the trail to Sron na Gaoithe that the trail is great until you reach the base of the small hill, then a path forks and turns around to the north side of it until it finally vanishes. I may have missed it, but regardless, it was a bit of work trudging down the steep north slopes, but it's not too bad once it flattens out and returns to the original car park. Finished in just under 7 hours and thats with 30 mins of stops. I also was able to test out how well my newly purchased gear could hold up in a hurricane

Did manage to take a few decent photos and here are some of the better ones. 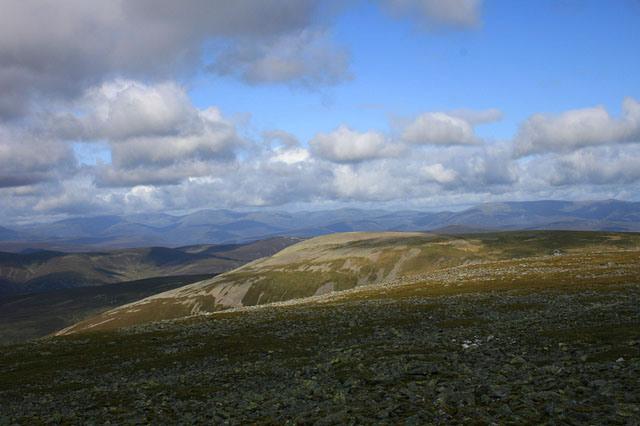 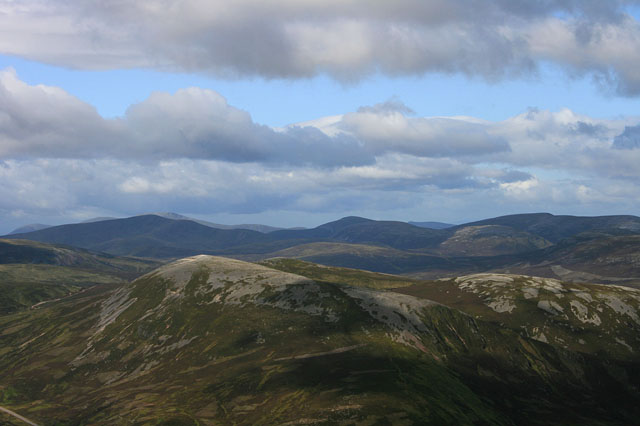 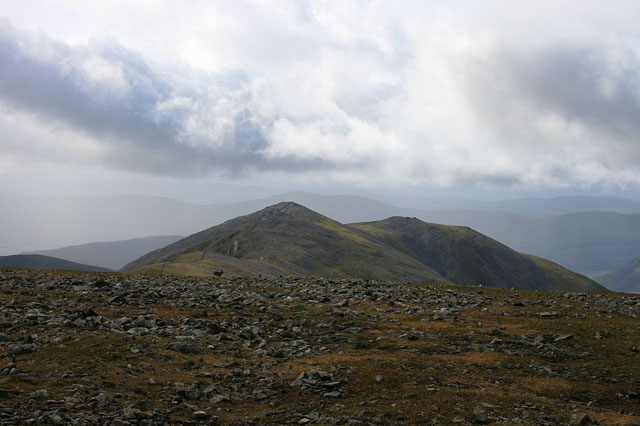 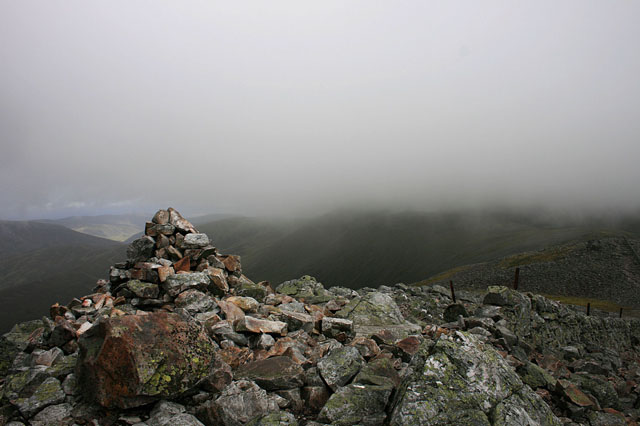 Very nice, detailed walk report with many a good pictures to admire and examine. Just for the good pictures, i might go there next time. Thanks!

Good first report. I loved all the hares in the Cairnwell - they were everywhere and not a bit bothered by all the Munroists - I suppose we make a nice change from all the skiers!

I think that the beauty of the Cairngorm areas like this one doesn't lie in the summits, just in the freedom of belting along miles of plateau which gives you the impression of genuine wilderness, is very easy to walk and cover great distances, and, to my mind gives a great feeling of freedom!

Good report - sounded a bit of a battle with that wind. On the pics it looks a lovely day though