Set off nice and early this morning for these two picking my mate up on the way. I had checked the route online last night and thought I had it sorted. Turned out I didnt. First off we stopped at Lochan na Lairige reservoir and spent 5 mins driving back and forward through tthe fog trying to locate the path. The dam looked correct but the roads and paths werent tying on. Another check of the OS map and we realised we had stopped too early on the road and had to continue another 10 miles or so. DOH !

A while longer we spotted another dam, This time at Stronuich reservoir. Puzzling thing was the power station sitting beside it. Quick check of the map and we were at the wrong dam AGAIN!. We had missed the vital right turn a few miles back to take us to Loch an Daimh reservoir and the correct dam. What a numpty!

Here is my 3 dam whistlestop tour!

we set off at around 08:45 to tackle Meall Buidhe. As we were leaving the car park area there were some other walkers going up Stuchd an Lochain first. Did they know something we didnt know we wondered?

For this forst munro we were 1 Hr 15 mins up and 55 mins down. Nothing too major here although it was very boggy on the way up to Meall a Phuill. Once on the craggy ridge it was easy enough going. Our descent culminated in me stepping into a bog up to my knee just before reaching the access track near the parking area. Weather wise it was cloudy then clear then cloudy then clear etc but at least it was dry. 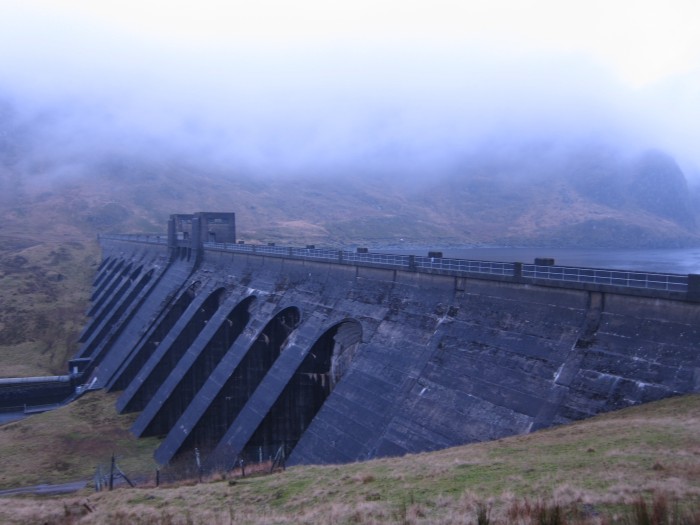 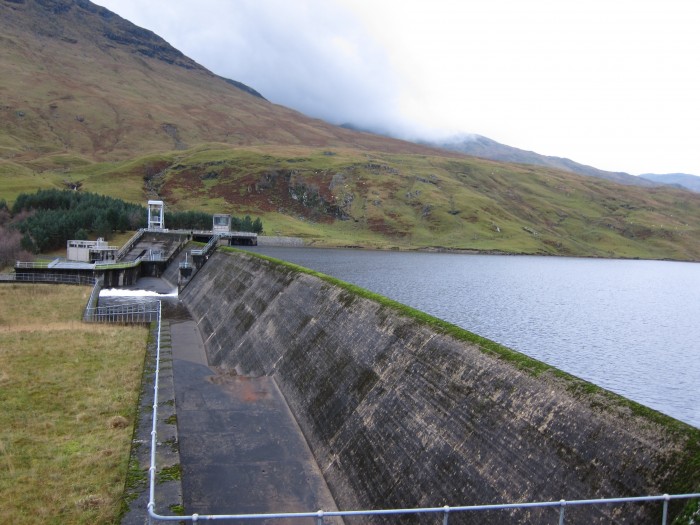 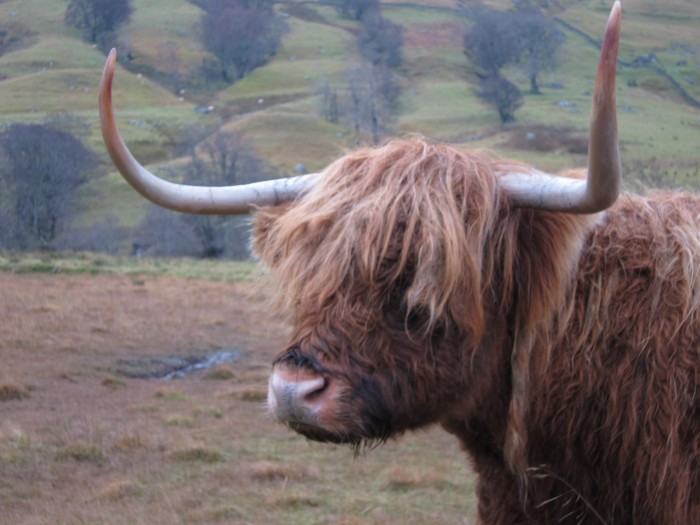 Excuse me do you know the way?? 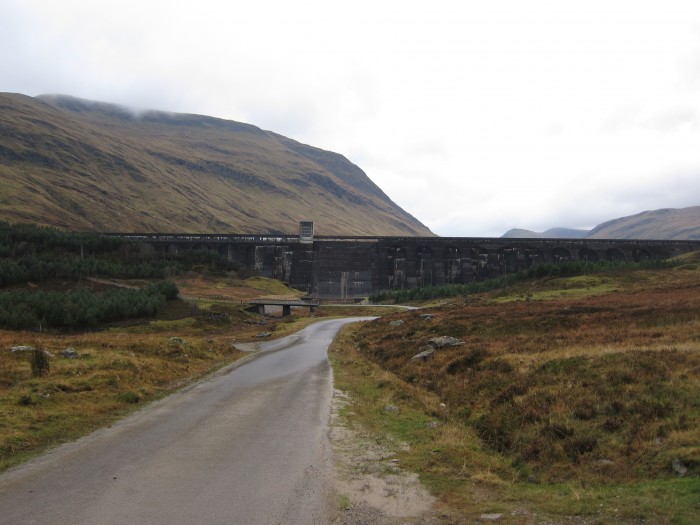 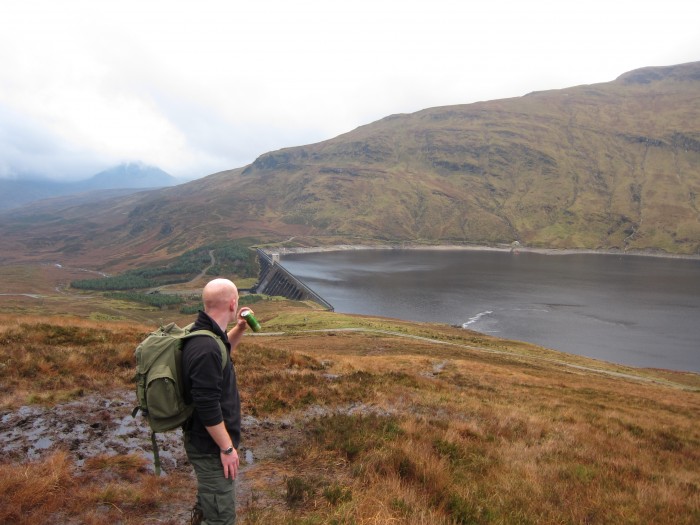 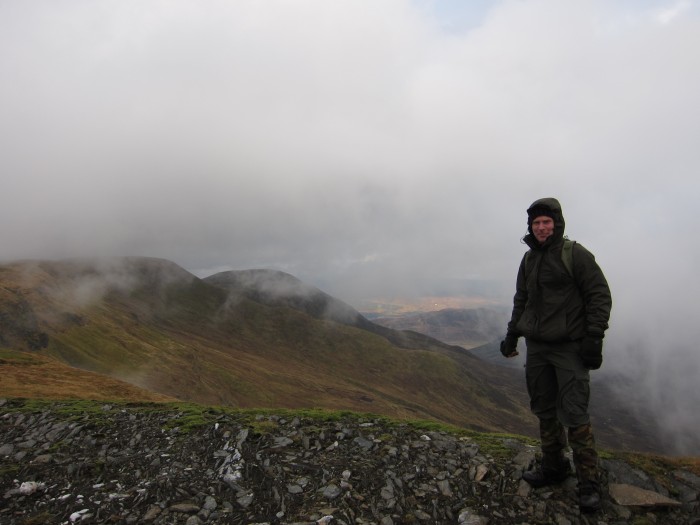 After a bite to eat at the car we headed of for Stuchd an Lochain. This one took us 1 Hr 40 mins up and 1 Hr back down. The route up this one was definately a step up from the previous munro. It started off boggy down near the reservoir before taking a sharp left and going pretty much directly up the hill following the route a small burn. This section was steeeeep. Once passed this section it was an easy enough walk around the ridge towards Sron Chona Choirein and finally the cairn marking the summit of Stuchd an Lochain. Unfortunately it was too much of a white out to get any decent views of the small lochan below the summit although we did see some ptarmigans (First time ive seen these). Straightforward descent also apart from the way back down the steep section which really took it out of my legs. Almost at the top of the steep bit Looking back as the clouds were clearing

Two nice munros and surprisingly busy with other walkers.

Made exactly the same mistake - arrived at the wrong dam, but I did start up the hill for a few steps before realising my error - however we are not alone as someone else definately did a TR with the same mistake a while back.

Must be catching! Myself and a friend set out to do Meall Buidhe on 2nd January a few years back and missed the same turn off. We ended up parked at the bridge just short of Stronuich Reservoir next to another car, whose occupants had set off just as we pulled in. I could see an open SMC Munro book on the dashboard and noticed it was open at the Meall Ghaordaidh page. Those idiots, I thought, they're away up the wrong hill if they think they're on MG. They're heading up towards Stuchd an Lochain!

In the meantime my walking partner had set off at a canter along the road, leaving me still getting suited and booted so I quickly set off after him, still not paying much attention to the map. It took me a wee while before the penny dropped that this was not how I remembered the topography on the map, and a bit longer still to catch him up, point out our mistake and trudge sheepishly back to the car. No doubt those people would have been laughing at us from their ascent of Ghaordaidh.

We have all done it at some point. If I am going to go awry I find the first kilometre the most probable time to do it. Once on the hill the landscape is big enough to work it out. Its the little twists and turns through farms / forests / etc that get me.