Another clear, dry day setting off from The Wee Bunkhouse in Kintail - making the most of the 'indian summer'

Like yesterday's wee jaunt (!) up Beinn Sgritheall, this was a pretty tough climb from the off. Once past the initial ascent though the ridges were fantastic! There were some rocks to navigate over, particularly on the second summit at Sgurr a'Bhealaich Dheirg. I felt a little cheated when faced with another climb on the final descent from Aonach Meadhoin

.. by now my legs felt as though I could have at least been rewarded with a fourth munro for the day 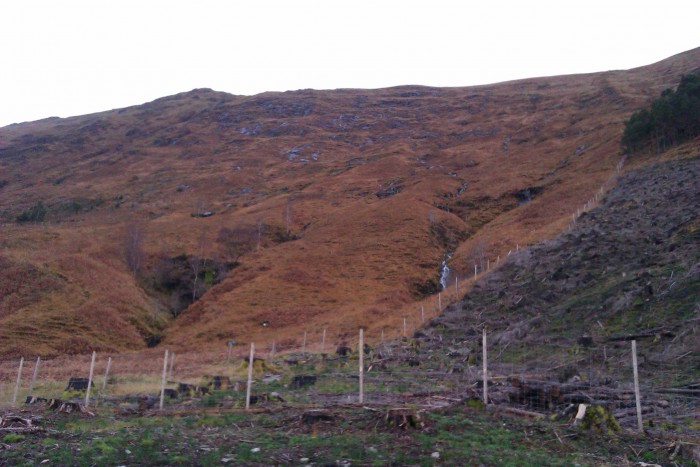 it's just up there, following the fence line :) looking back to the Sisters from Saileag ridge from Saileag, first summit of the day 3 munros just bagged and this is the way down?! :D

You certainly had a great couple of days in Kintail

I believe I passed you all as I was walking in the other direction toward Sgurr a'Bhealaich. Glad you had a good time in Kintail, it's a favourite area of mine. I think we were lucky with the weather on Sunday

HopefullyI'll get a report posted up in the next day or so, once I am back home.