Off we go again up to the drumochter hills.
Decided to do Geal Charn, A’Mharconaich, Beinn Udlamain, and Sgairneach Mhor.

Picked up Alec and Bear the dug 06.00, up the A9 quite busy for a Sunday got tot the car park at 07.30 a think were the first got booted and suited
Of we go over the rail track followed the path very muddy after about 10 mins on the go talking not looking where we were stopped looked left were on the wrong side of the path
Sh*** looked across the valley lets go back to the wee bridge about 200 yards away so of we go.

a thought started on the way up still muddy no gaiters on there in the house a straight forward hill to start with
1hr10 mins, at the cairn no to bad then the clag cleared looked over to our right ah a summit of we go 10 mins later at the right top checked the Garmin spot on quick photo on we go
Of to A’Mharconaich in the mist again sitting on the top a very rounded hill had a break for 20 mins or so still no pic’s of the scenery.

Packed up camp and head for Beinn Udlamain followed the old iron fence posts basically all the way to the top the mist cleared back and forth so got some pic,s of the loch sat for 10 min,s or so to have a wee drink of juice, still following the posts headed down to the boggy Bealach on the way down a heard a wahoo looked round Alec’s on his arse see pic of the result. up the path to sgairneach Mhor wide and featureless plateau still in the mist checking the gps on the right route the all of a sudden the summit appeared thought about putting the stove back on but didn’t bother a couple of photos then of we go Alec said that’s good timing 4hrs for the four summits still a good walk down to the road at the Alt Coire Dhomhain over a good heather hillside another 20 min’s or so back on the A9 hear we go 4klm walk a said you keep on the bicycle route and I will try and thumb a lift never tried it before the thumb went oot nae luck yet just about at the big car park at the side A9 the a wee ford ka stopped ya beauty in a go said thanks for stopping I asked where he was heading thurso he asked me and

a said just along the road to the cottage didn’t catch his name but he was Italian been over here for a year. Stopped at the cottage got changed then down to pick alec and the dog up then hame if it wasn’t for the lift it would have been a sore walk back. 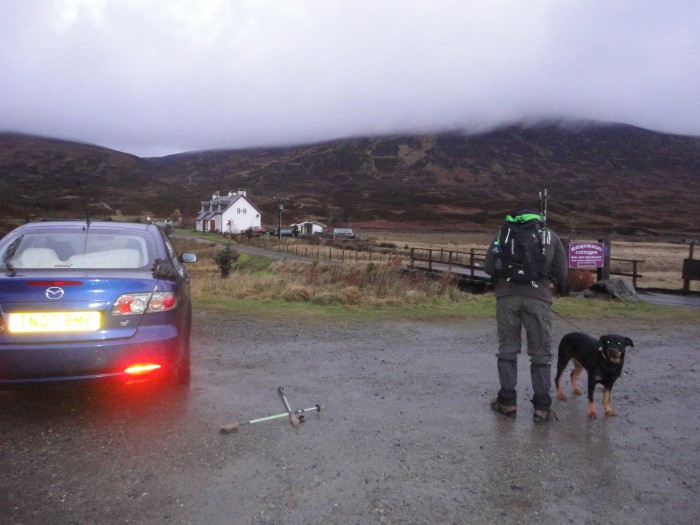 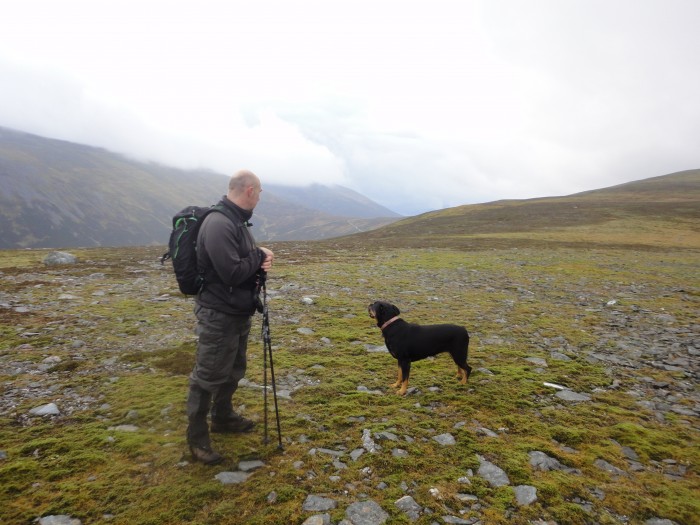 Aec and Bear on the way up 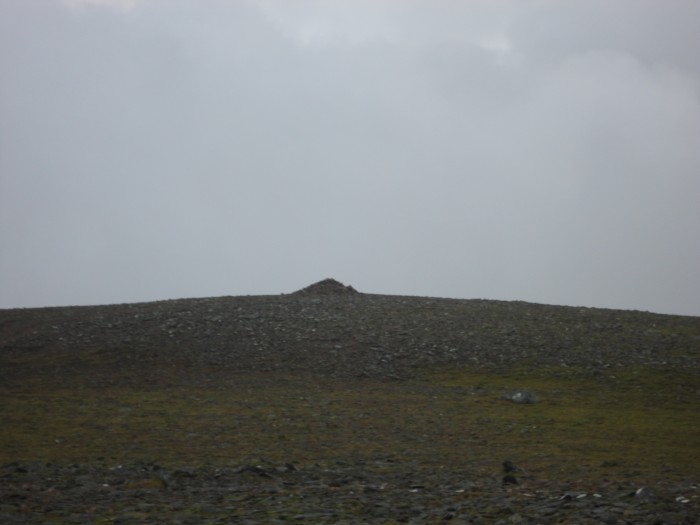 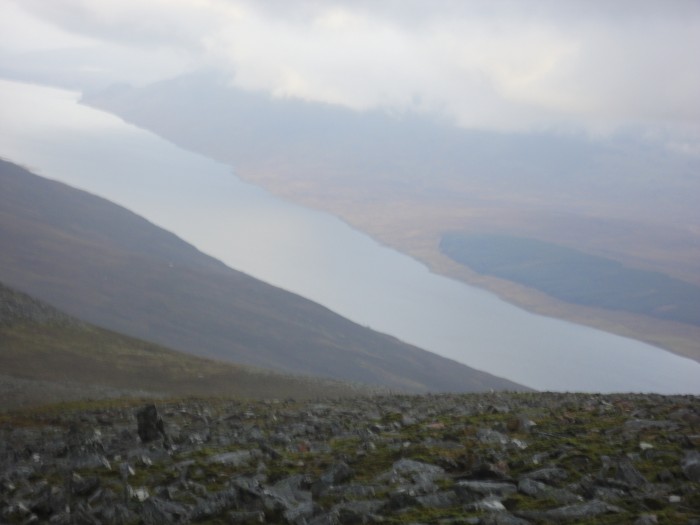 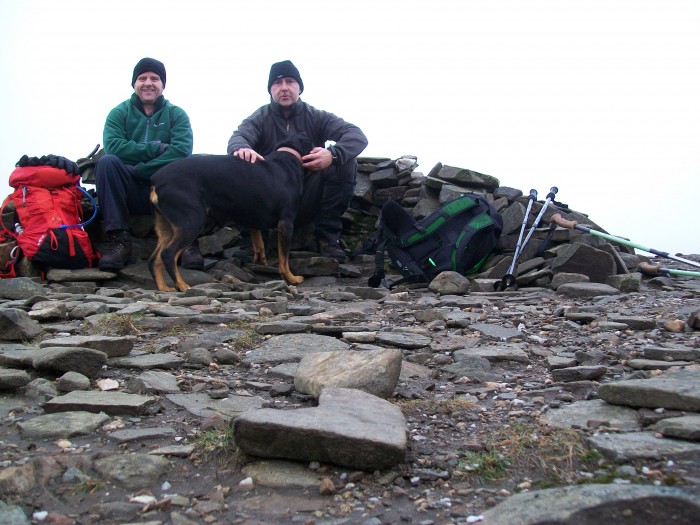 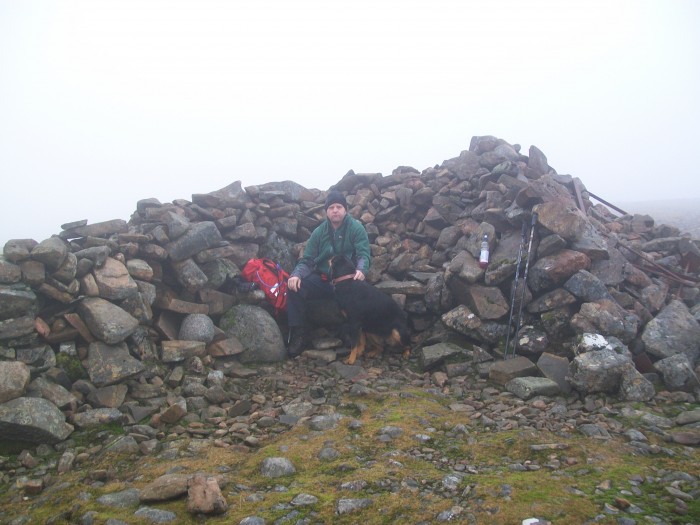 Bear and me top Beinn Udlamain 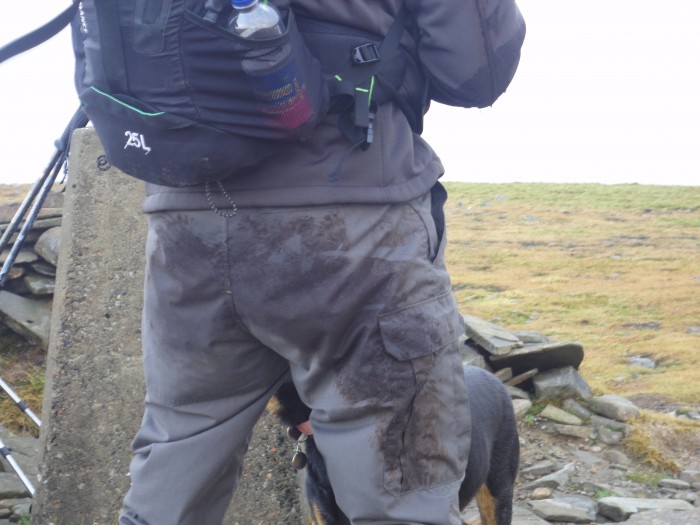 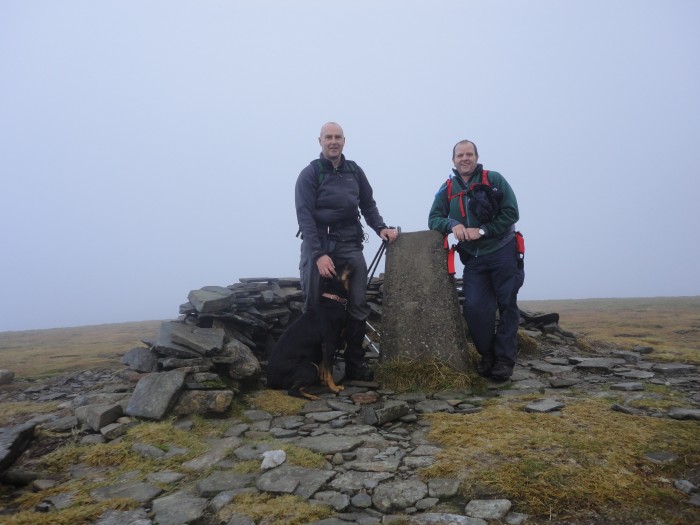 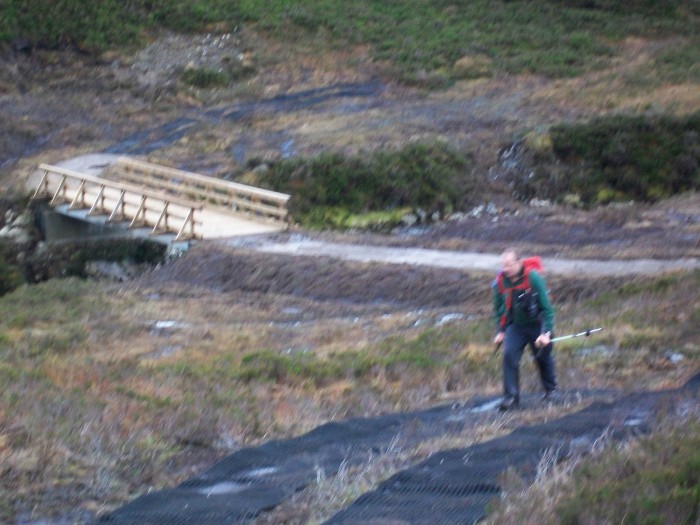 The new bridge in your last photo will certainly be useful ! Walked these hills and the Sow of Atholl back at the end of May but needed to change into flipflops and get the walking poles out to cross the Allt (and used a bike for the A9 section in case I didn't get a lift). Pity about the weather but at least you got some clear spells - cheers

Cheers rockhopper.
Atleast it stayed dry all day, tried to cross the river further up a couple of times but to deep the dog crossed the river nae problem so Alec had to take the chance and cross he got away with it

Users browsing this forum: Owen b, RocksRock, Verylatestarter and 56 guests