Well here goes for my first ever walk report!

Sat 29th Aug found myself, my boyfriend Mackie & friend Mark sititing in the car at the Glencoe memorial as the rain battered down in apocalypic fashion.. after 20mins we decided we were being big girls & decided to go for it. It did get brighter though & turned out to be a 'jacket on/jacket off' kind of day. 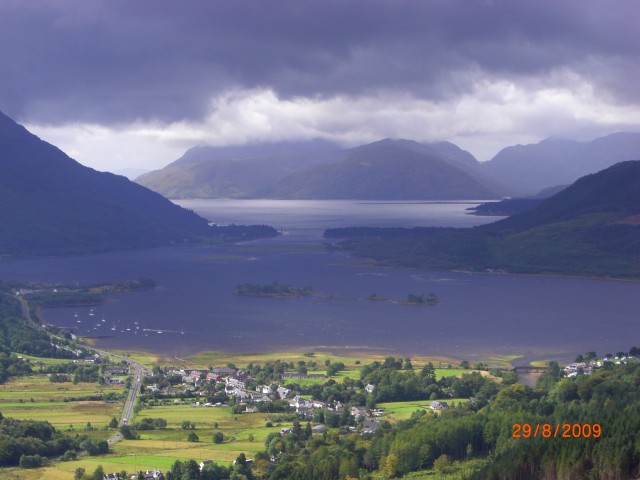 The first section - before zig-zagging back left & seeing the pap itself was mega peaty/boggy due the deluge we had narrowly avoided.. I was leading this section & skipping gracefully from clump to clump of firmish ground.. it took several minutes for the boys to work out that they had about 5st each on me & after a couple of near boot losing incidents they decided to seek their own path through the marshy nightmare. 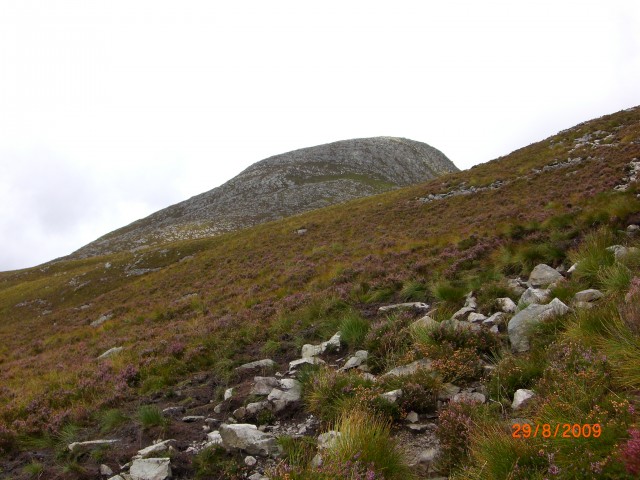 Towards the summit the path got a bit sketchy.. I'm guessing we ascended from the SE side, there was one small section where we had to find hand & foot holds on the rock to climb up - it was very slippy & I had a moment's heart failure when my foot slipped - luckily Mark was below me & managed to get a hand to one bum cheek to steady me. 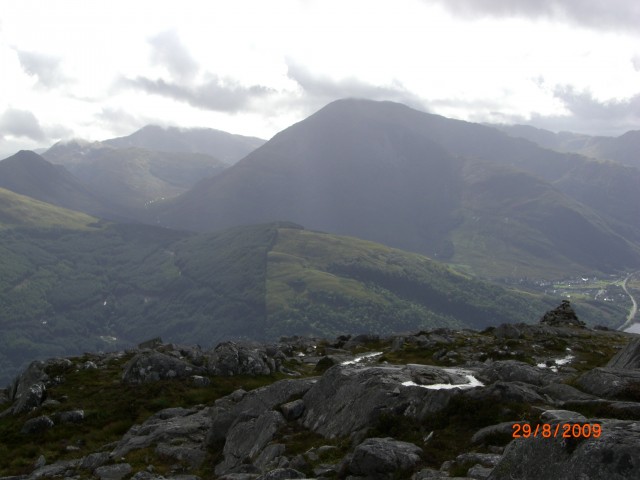 The wind on the summit took us by surprise & after risking getting blown away for a couple of snaps we dived for cover in the spoon shaped rock shelter for a mars bar & 5min sit down. The descent was a bit hairy as the ground was so wet and the rocks & skree so loose, in the end we sort of power slid our back way down. Only saw one other group the whole day - they were coming down as we were going up and after the usual nods & hellos we had the whole place (world?) to ourselves again! Arrived back at campsite tired but happy. Well that's my first attempt - I'll try to learn some more technical terms for next time & keep the waffle to a minimum. Feedback/corrections (grammatical or factual) welcome!

A fine first report; glad to see you made it up there and that the weather wasn't (too) bad for your climb. When the clouds draw near, the moody, mystical atmosphere of Glencoe is unparalleled as your photos show quite well. Hoping to be on that hill again myself in the next few weeks

I like the second last picture, it just makes me want to get up there and jump on them rocks like a mad-man!

Yeah - well done! That is a hill that, if you walk with a group, descend at the back! I was an idiot and descended at the front of the group, using my hands to steady myself on the loose rock so I didn't land on my bum... all the while, the buggers behind were dislodging whole boulders which were sliding or rolling down straight for my fingers and legs!