Winter has officially arrived. The streets of Beauly are white today.
It's been a hectic week and we were so busy we couldn't even think about planning any serious climbing for weekend. But I still wanted to get out and about even if just for a few minutes as a leg-stretcher we went for a walk in Strathpeffer area. I was eager to get some winter-wonderland views and I wasn't disappointed.

our_route.gpx Open full screen  NB: Walkhighlands is not responsible for the accuracy of gpx files in users posts
Knockfarrel is a popular spot for walkers as it's close to Dingwall. We used to come here mushroom picking to Blackmuir Wood until most of the forest was cut down in 2009

Still, it's a nice short walk for anybody to enjoy

We parked in the Blackmuir Wood Forestry car park and followed the track uphill. Though part of the forest is missing, paths are signposted so it's easy to find the way to the stone maze.
A local attraction, some 81 stones, arranged in 5 concentric circles (picture taken in 2008): 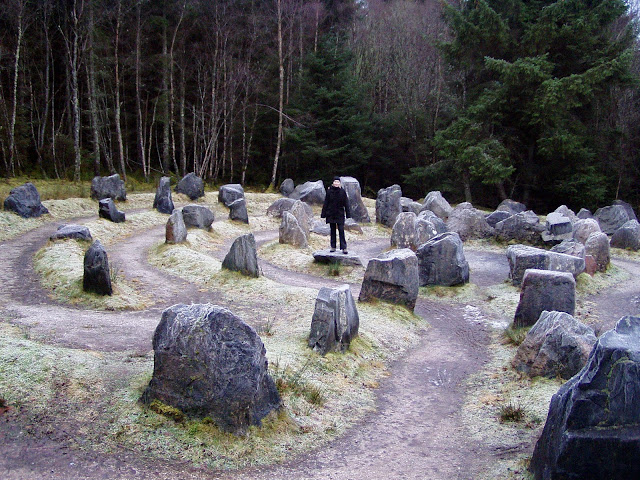 We walked past the stone maze and onto the track through the woods: 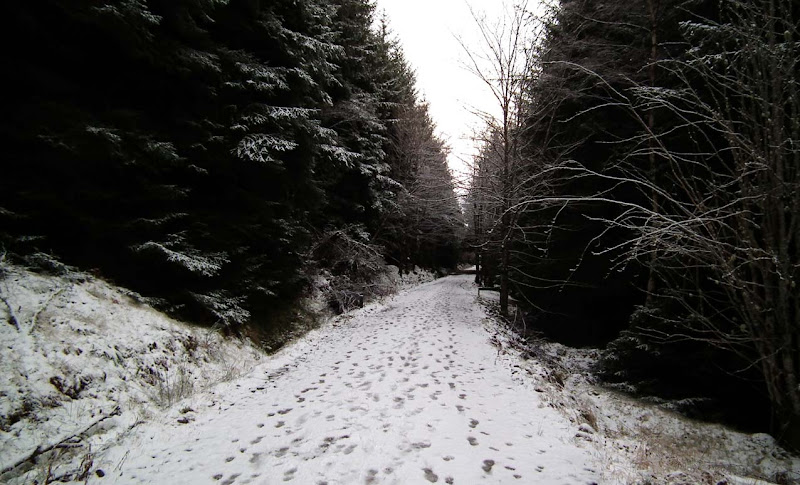 The branch of the path heading up Knockfarrel: 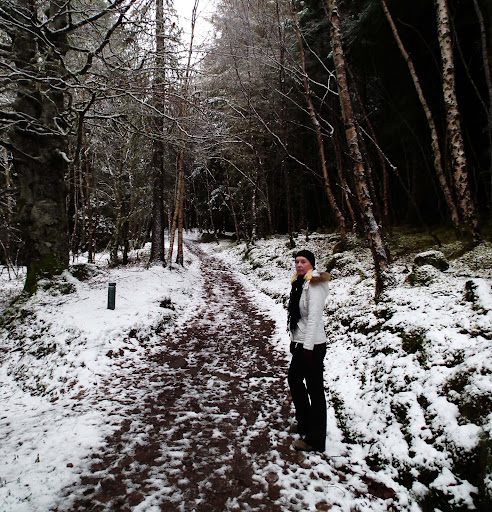 We passed the stile and continued to the crest of the ridge, on a wet path: 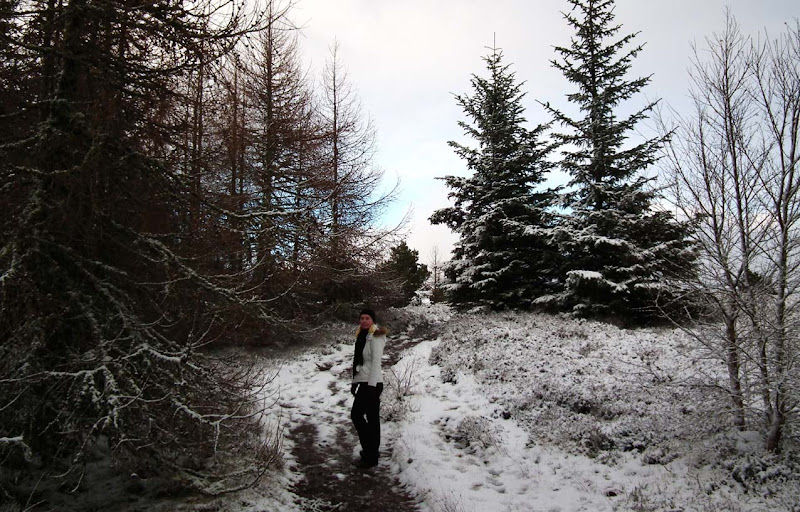 As soon as we were out of the trees, we got our winter-wonderland views...
Loch Ussie from above: 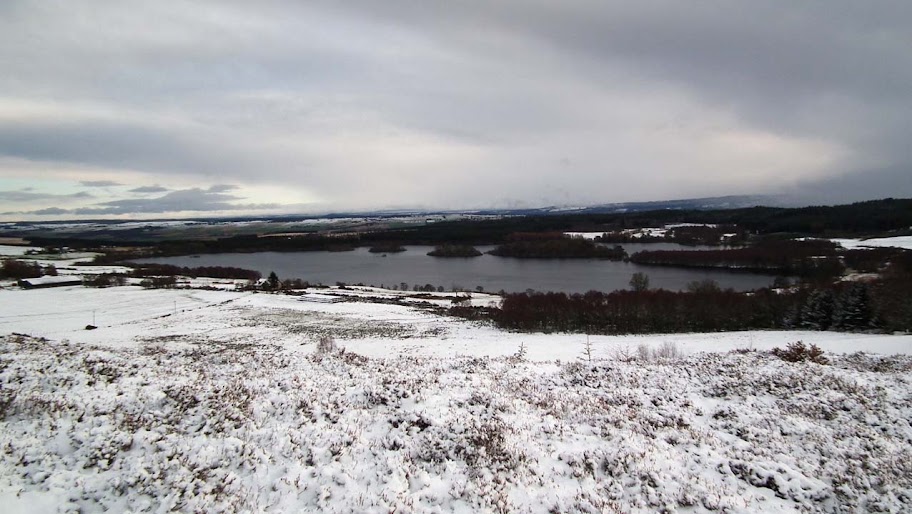 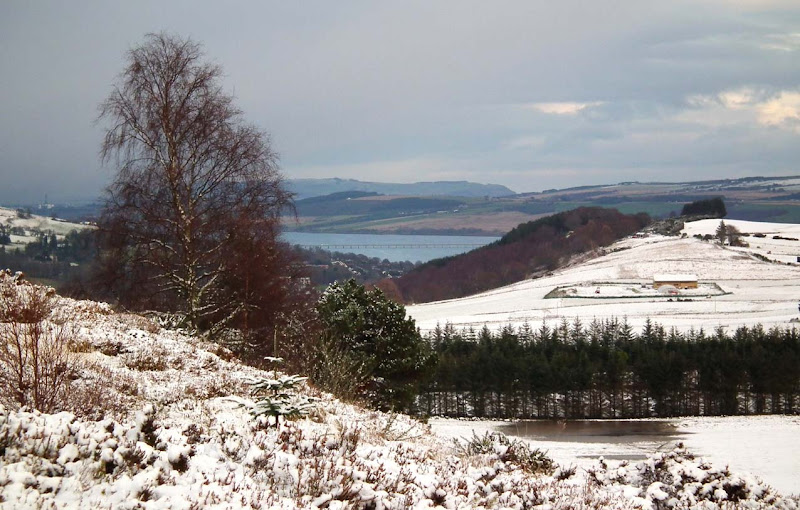 The path along the ridge: 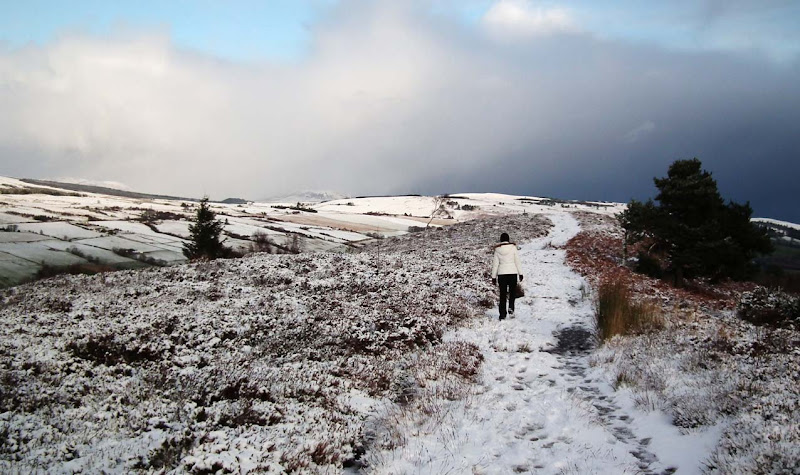 Unfortunately, Ben Wyvis was completely covered by a nasty-looking cloud: 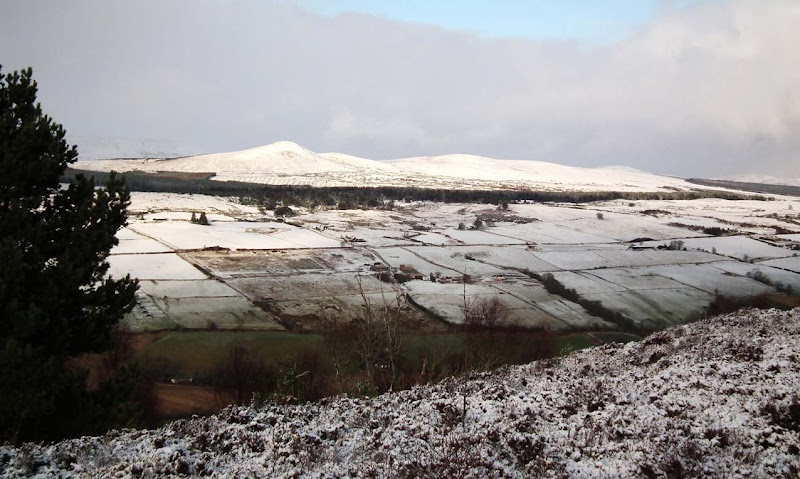 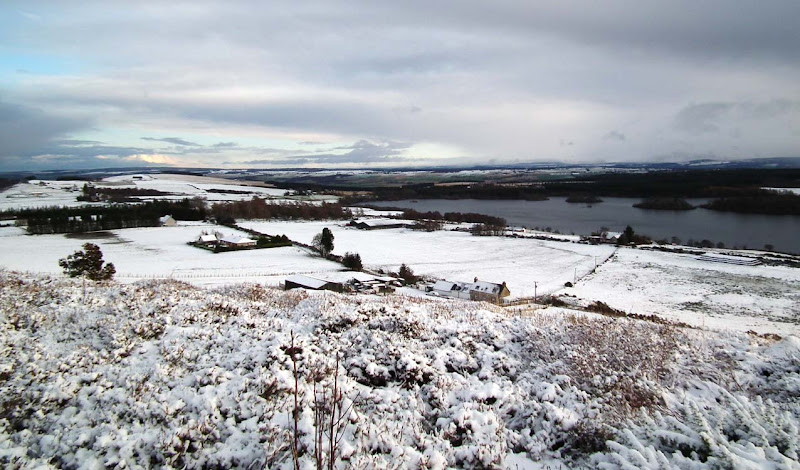 We reached the little modern sculpture half-way along the ridge and stopped for a moment just to click a few more photies: 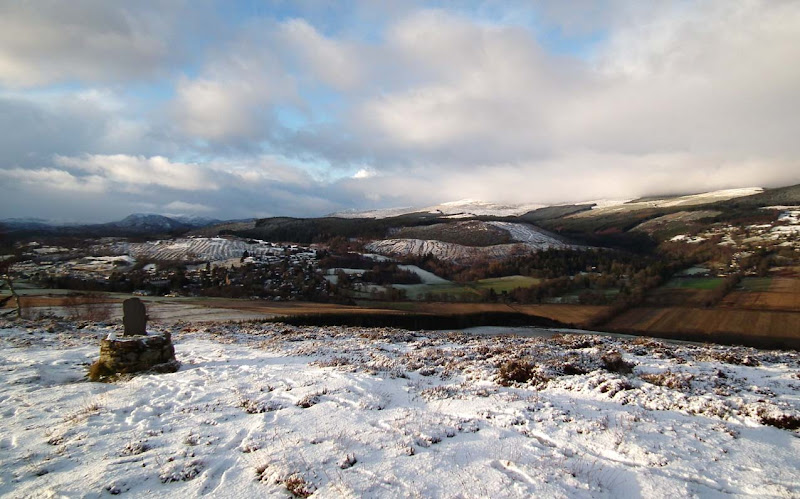 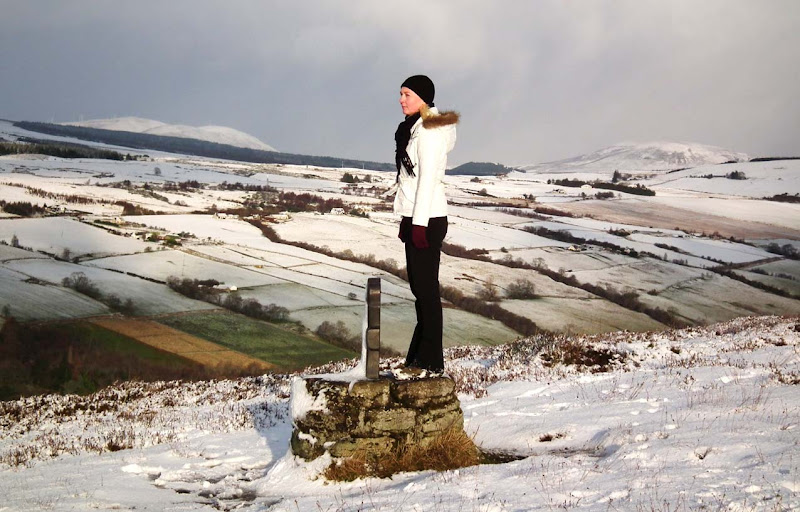 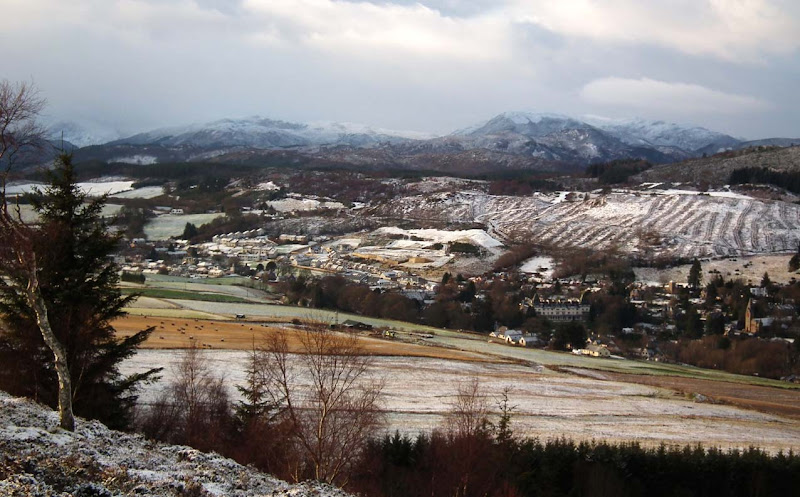 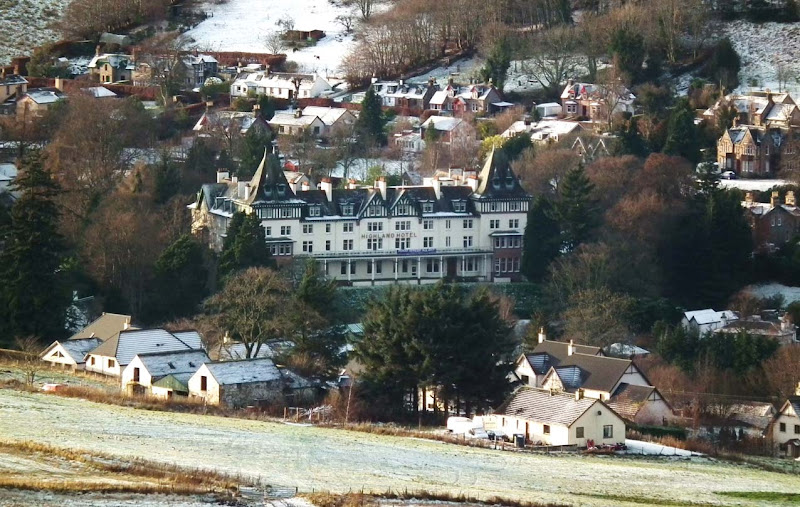 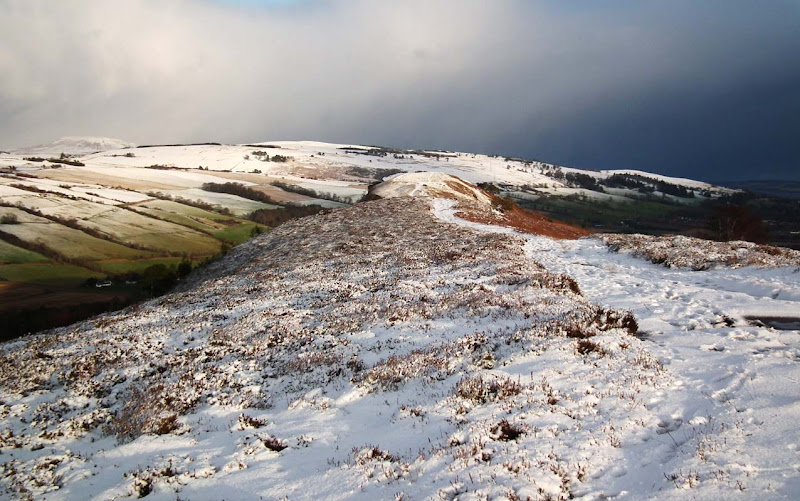 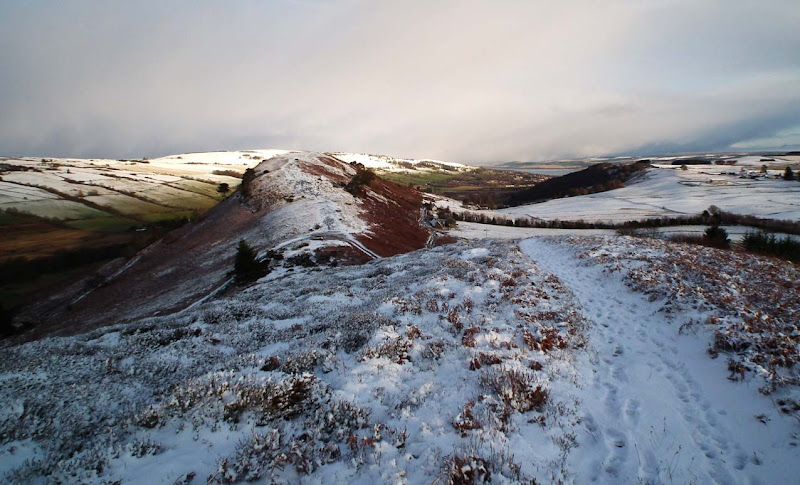 Dingwall and Cromarty Bridge were still on the clear side: 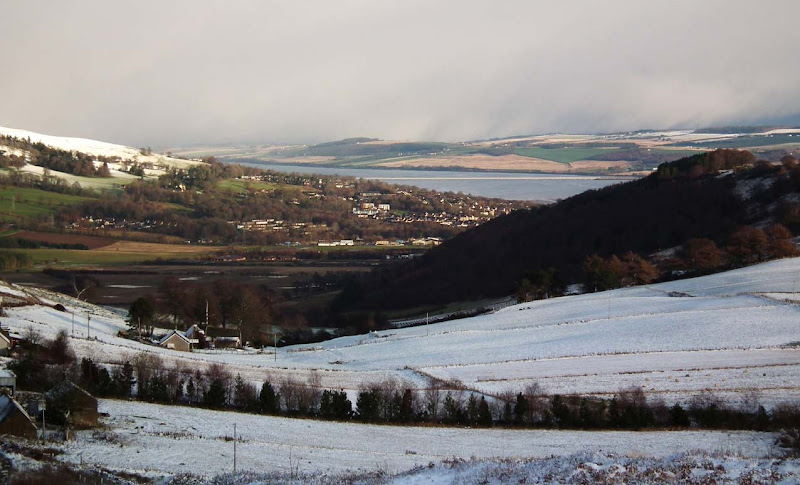 We crossed the saddle and quickly walked up to the fort at the summit of Knockfarrel. We were just about quick enough to capture the changing mood of Mother Nature: 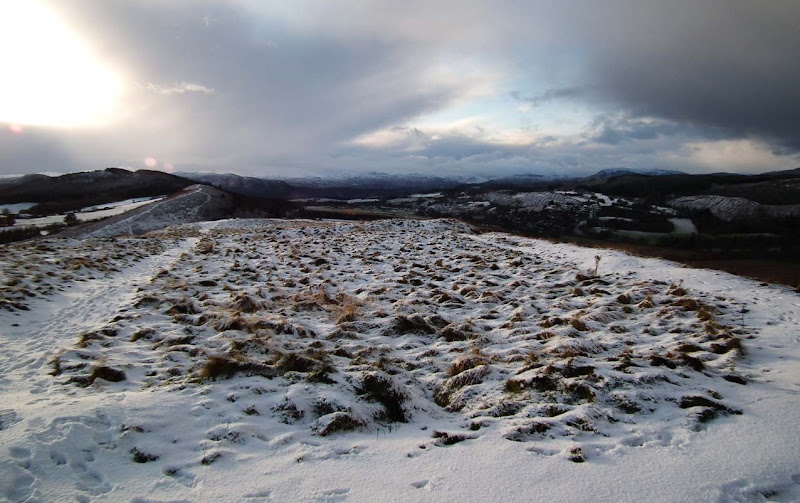 Looking back at the ridge: 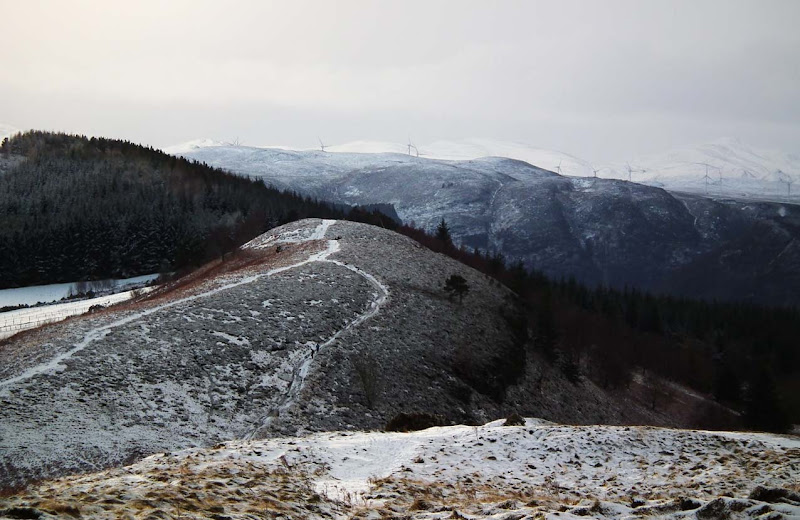 Ooooops, the cloud is coming closer! 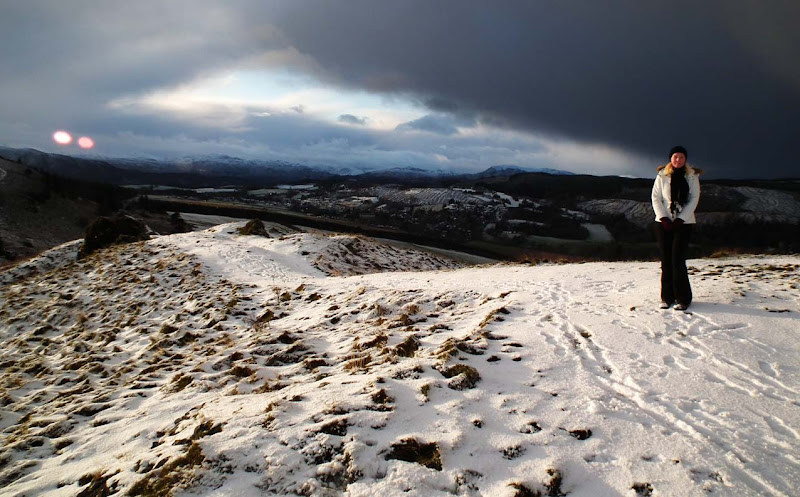 Here is is, charging at us ferociously: 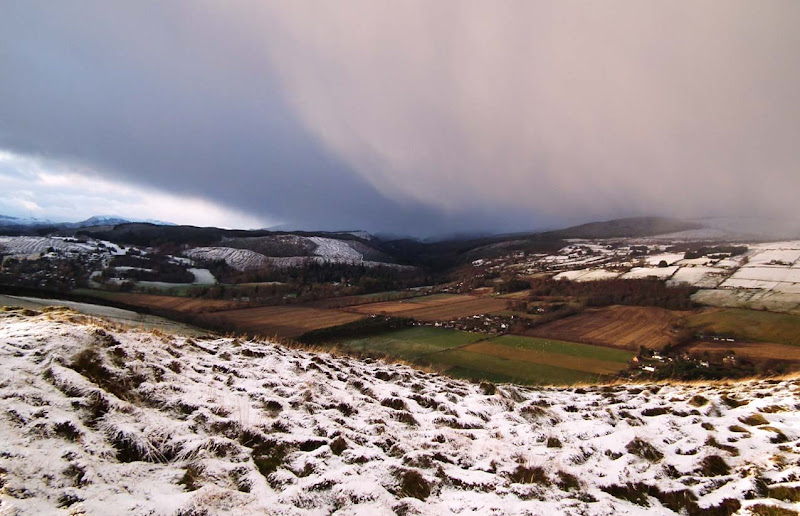 So it was time to run away! 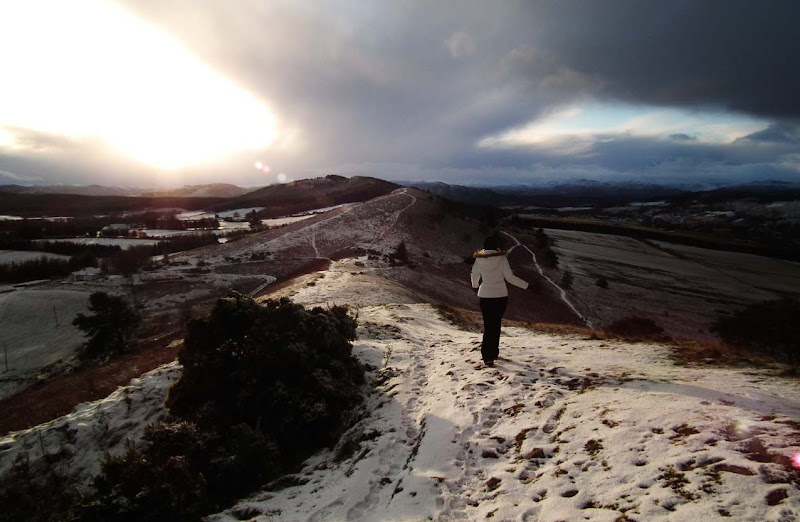 As a return route we took a track that goes downhill from Knockfarrel, avoiding the ridge. We walked most of the way back in heavy snow, but we were still lucky to be caught only by the edge of the big cloud. We left it behind just as we entered the woods again: 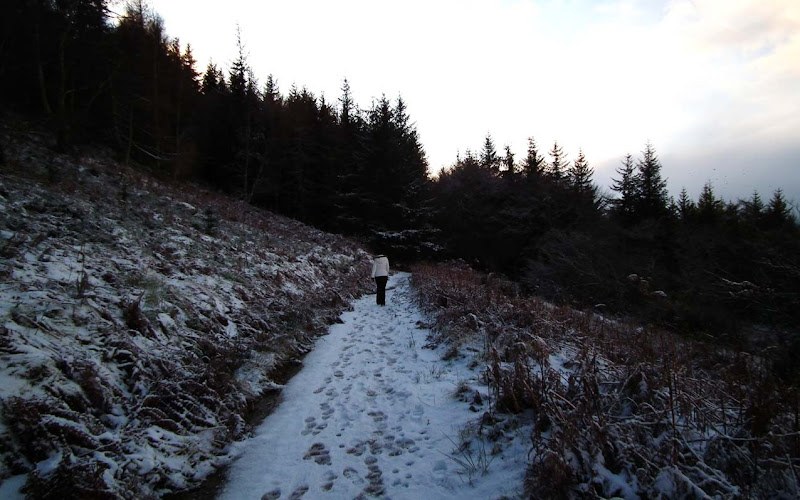 In about two hours time we were back home, drinking hot coffee and watching the weather forecast

For many reasons I won't get much chance to do any serious hillwalking until Christmas, so I have to be satisfied with little things... Till another big one!

Nice we walk - hopefully yous will have time to get out next weekend as weather looking favourable.

Oooh, I never knew those stones were there. All the times I've had a belgian hot chocolate in Strathpeffer and felt guilty about the lack of a walk...nice wee report there BP.

Love the way you're colour co-ordinated with the scenery!

This is a good illustration that you don't have to go far to enjoy a wonderful snowy landscape.