Climbed Lawers & Tarmachan ridge in Nov but had no visibility so was good to get a view again! New toys used: ice axe & head torch.

Was a last minute decision to head up but weather looked fine, left car park about 10:45. Loads of branches & bin contents strewn over car park in aftermath of hurricane bawbag. Was going to climb Cobbler but decided to head up Narnain instead, did Narnain & Ime in summer so thought it would be ok in snow. There's now a sign for pipe rail path: Steep path goes straight up, bit of water flowing down it but not really slippy. Getting to top of rail path and first false summit of the day. 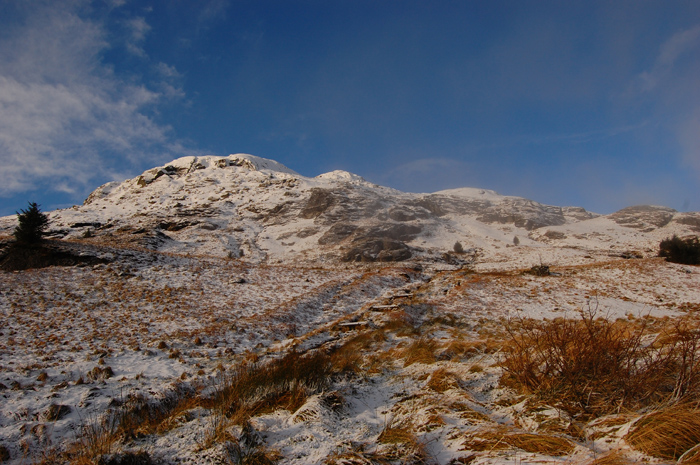 Snow was getting thicker now so the path wasn't visible but fortunately some kind soul had been up earlier & left footprints to follow. 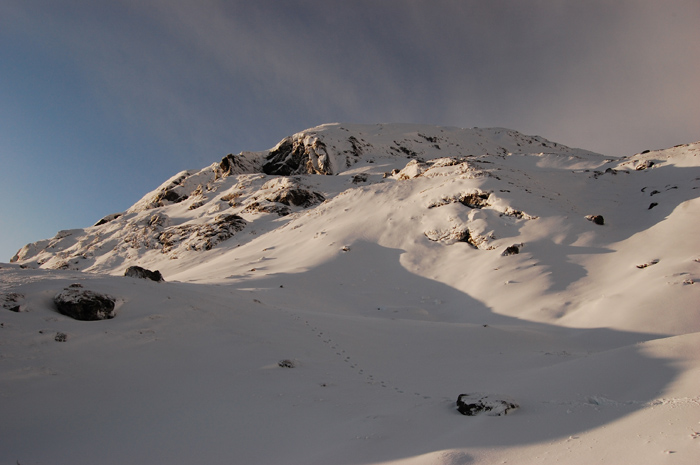 Bit steeper further up & sun getting low. Sunset usually 15:45 so was pushing on to avoid climbing in the dark. Met Irish & Scandinavian guys, I was curing a hangover & they were working up thirst for night on the whisky. More importantly they were going in opposite direction so had left more footprints to follow. 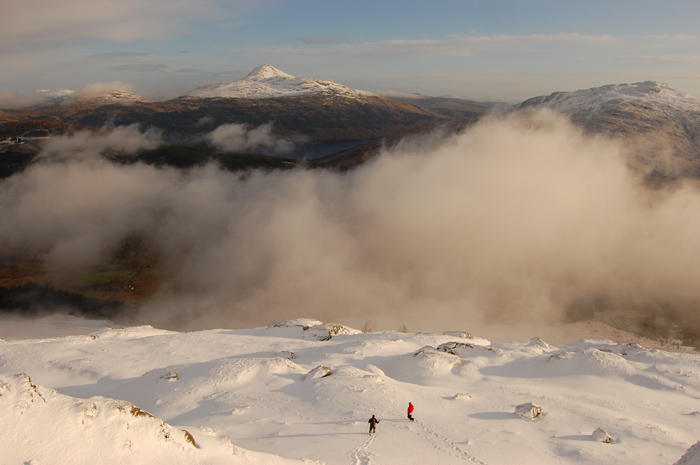 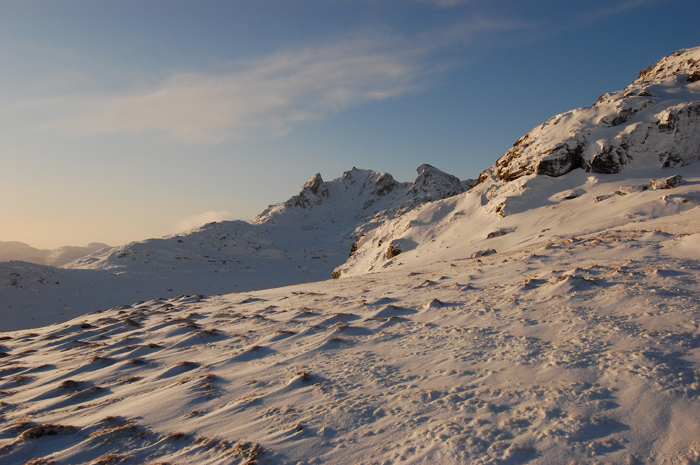 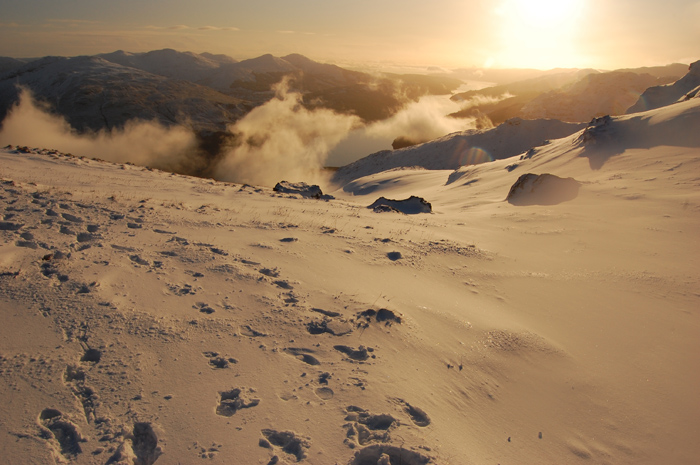 A'Chrois again, great to get views. At last, after all the false summits. Looked trickier than I remember & in snow too. 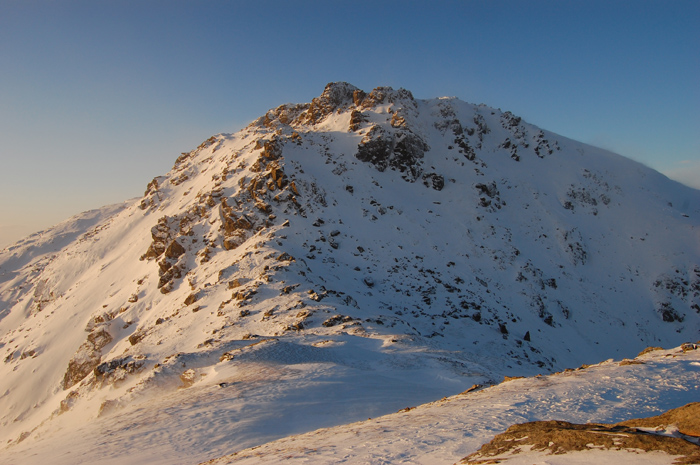 Had to kick steps and used the pick of the ice axe to pull myself up in a few places. Handy bit of kit. Camera break towards the top: This was one of the most difficult bits in the snow, ice axe used again. Didn't have crampons but they would have helped as it was steep and not easy to kick steps. Made it to trig point, Cobbler & Loch Long in background. Sun going down but I knew descent on other side of plateau was easier. 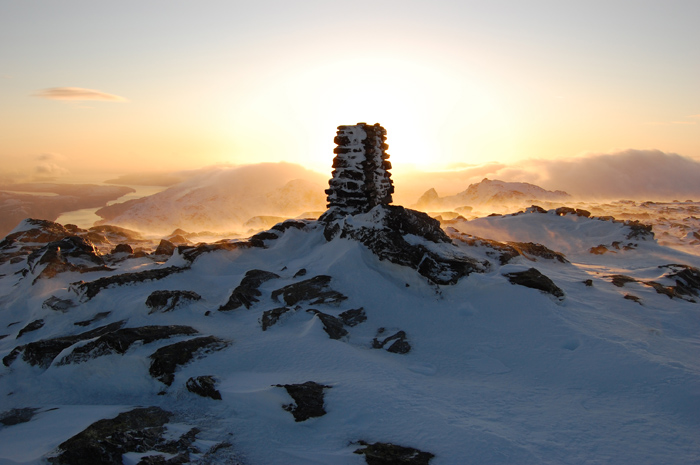 Sun going down behind Cobbler: After this it was a straightforward walk back, the snow supported your weight in some places then you'd be up to your waist on the next step. The moon was out so it didn't get really dark till about 5, but the head torch was handy for crossing burns as stepping stones were slippy. Scenery actually looked better as dusk fell but decided to get back quickly instead of stopping for photos. Finally saw lights of Arrochar & followed never-ending zig-zags down.

Crampons next on the shopping list, would have made steep & icy sections easier. Road to Rest & be Thankful was blocked off at the car park when I got back.

Some nice photos there, i remember going up that steep bit when i did this one and that was without snow. I too was out yesterday and know what you mean about the legs disappearing every now and again, makes for hard going.

Great photos !! This is my next Munro